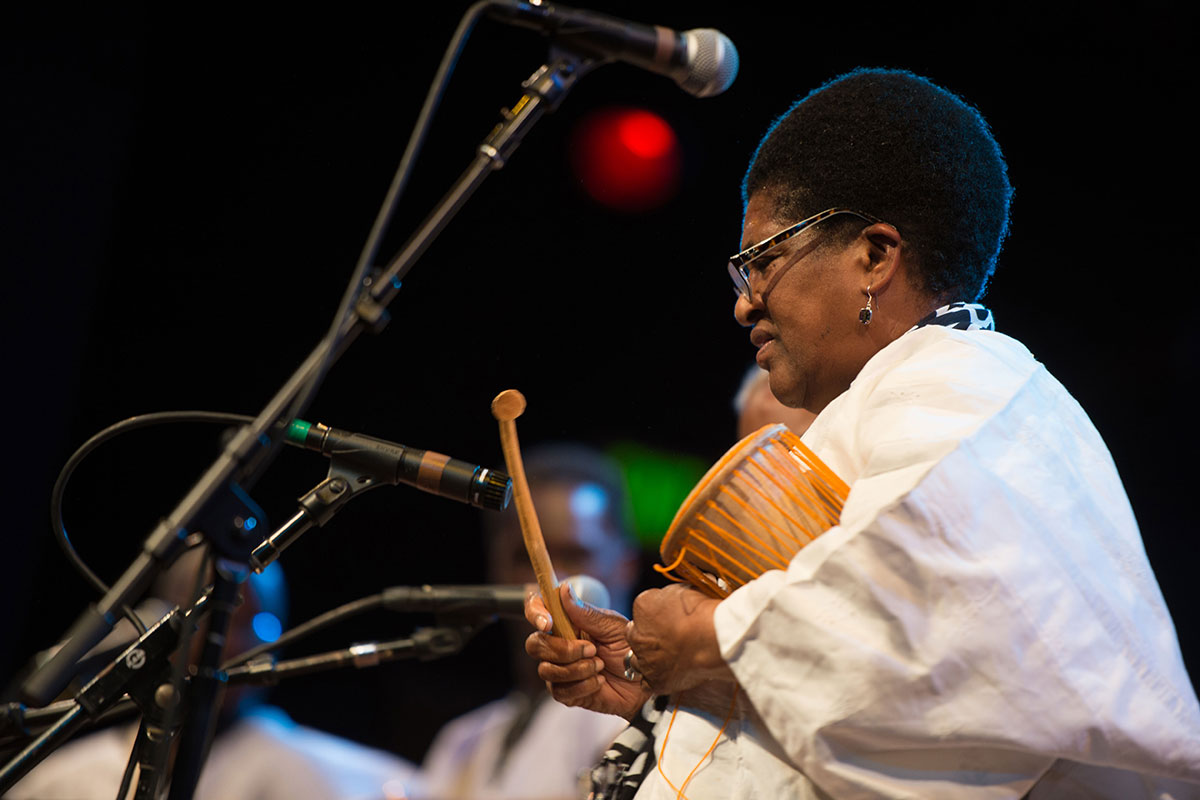 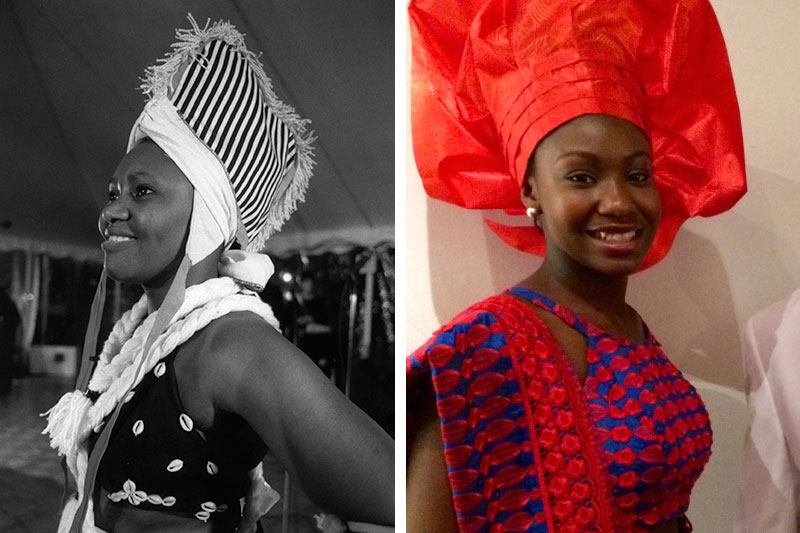 At the 2017 Folklife Festival, three artists from this project offered demonstrations and workshops for the public.

Nana Korantema Ayeboafo is a master drummer and composer specializing in the arrangement of complex polyrhythms using a variety of West African instruments. In 2014 she was awarded the Ella King Torrey Award for Visionary Work in Community and Culture by the Philadelphia Folklore Project.

As a recipient of a 2008 Pew Fellowship in the Arts and a 2007 Leeway Transformation Award, Ayeboafo acknowledges that the drum has been at the core of her life mission, starting in 1968 when she joined the Arthur Hall Afro-American Dance Ensemble at the very inception of the Ile Ife Black Humanitarian Center in North Philadelphia. Within the ensemble, she enjoyed a twenty-one-year mentorship with Arthur Hall—starting as a lead singer, then dancer, while also training as a drummer.

As a master drummer and educator, Ayeboafo has enjoyed commissioned school residencies since the 1970s in Delaware, New Jersey, Pennsylvania, and across the United States with the National Schools Assemblies—and being rated the top national performer for three consecutive years. She formed the first female percussion ensemble in Philadelphia in 1975 and has held residencies at the Smithsonian Discovery Theater in Washington, D.C. She has appeared as the drummer in the movie Watermelon Woman (1996), conducted workshops around the world, and was the first female in the United States to play the large ceremonial drums from Ghana in concert, at the Clef Club in Philadelphia in 2003.

She currently serves in Philadelphia as the drumming instructor and director of the Edwin M. Stanton School African drum ensemble.

Originally from Liberia, Kormassa Bobo first learned traditional dances and songs as part of girls’ initiation rites in her village. She was later selected to join Liberia’s National Cultural Troupe—the premiere traditional performing arts ensemble in the country— as a dancer. Bobo is of ethnic Lorma heritage, one of Liberia’s sixteen main ethnic groups. As a member of the National Cultural Troupe, she learned to perform dances from each group and toured internationally.
Bobo moved to the United States in 1993, while Liberia was engulfed in the first of two back-to-back civil wars. She danced with the Liberian Dance Troupe in New York and the Nimely Pan-African Dancers in Minnesota before settling in Philadelphia in 1995. In the Philadelphia area, she has taught at public schools, introducing diverse students to Liberian movement and rhythms and the cultural contexts of select traditional dances.

While continuing to perform, she has also been teaching traditional Liberian dances to young Liberian Americans as a way to show them a positive side of their heritage and help them focus on ways to advocate for themselves with dignity. Many of those who arrived in the United States in the 1990s and early 2000s, she explains, remember only the war and life in refugee camps. They had no constructive memories of their homeland.

In 2016, she and her daughter, Saigay Sheriff, received a Folk Arts Apprenticeship grant from the Pennsylvania Council on the Arts, which supports their continued work in nurturing and sharing valued traditional knowledge.

Saigay Sheriff was born and raised in Philadelphia, where an estimated 15,000 or more Liberians call home, the majority as refugees from war. As the daughter of preeminent Liberian dancer Kormassa Bobo, Sheriff was surrounded by drums and movement from her earliest days. She grew up performing traditional dances of several Liberian ethnic groups, and, with the support of a Folk Arts Apprenticeship grant from the Pennsylvania Council on the Arts, has incorporated skills in costuming into her repertoire.

Sheriff has also started teaching Liberian dance to young children. In 2015 she taught a small group several dances that they performed for a Black History Month program. She is also a master of Liberian cuisine and a professional baker; in the spring of 2017, she graduated from the Culinary Institute of America. 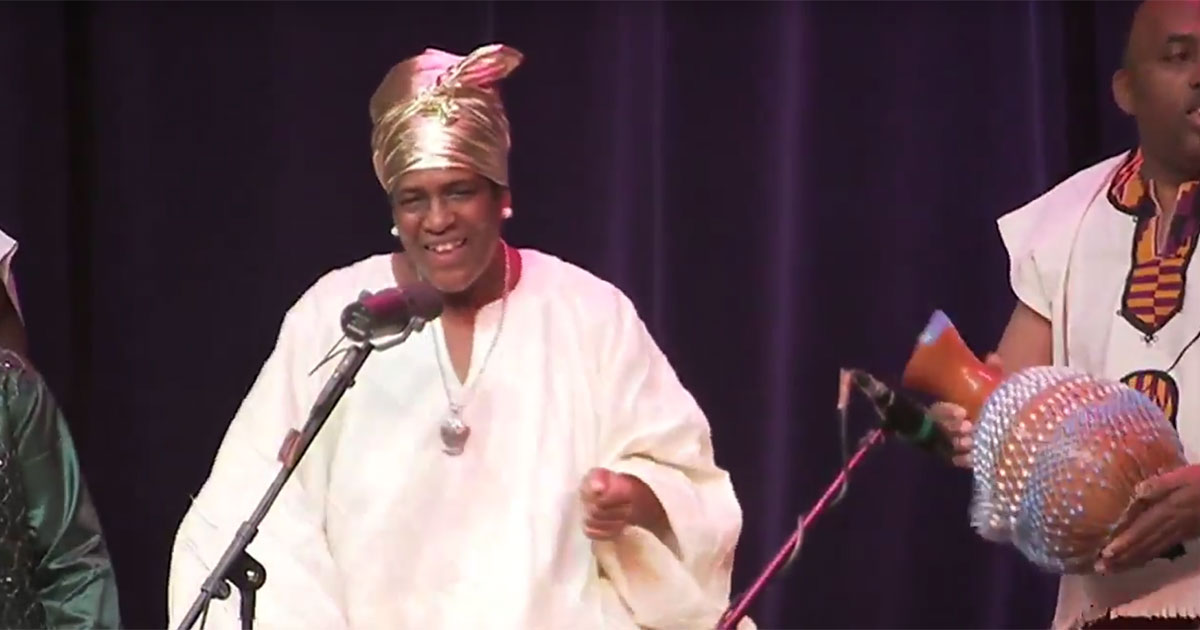