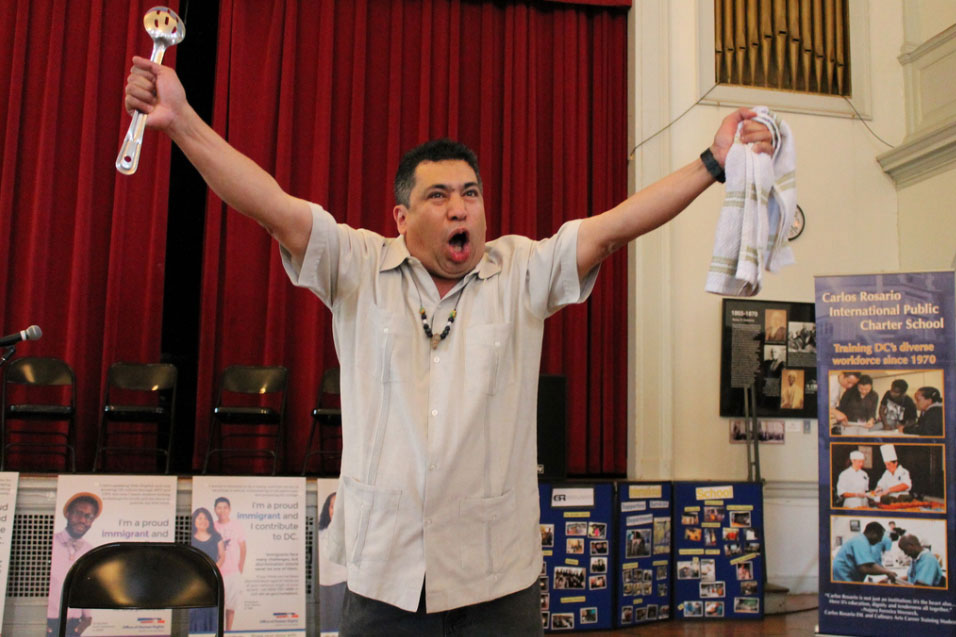 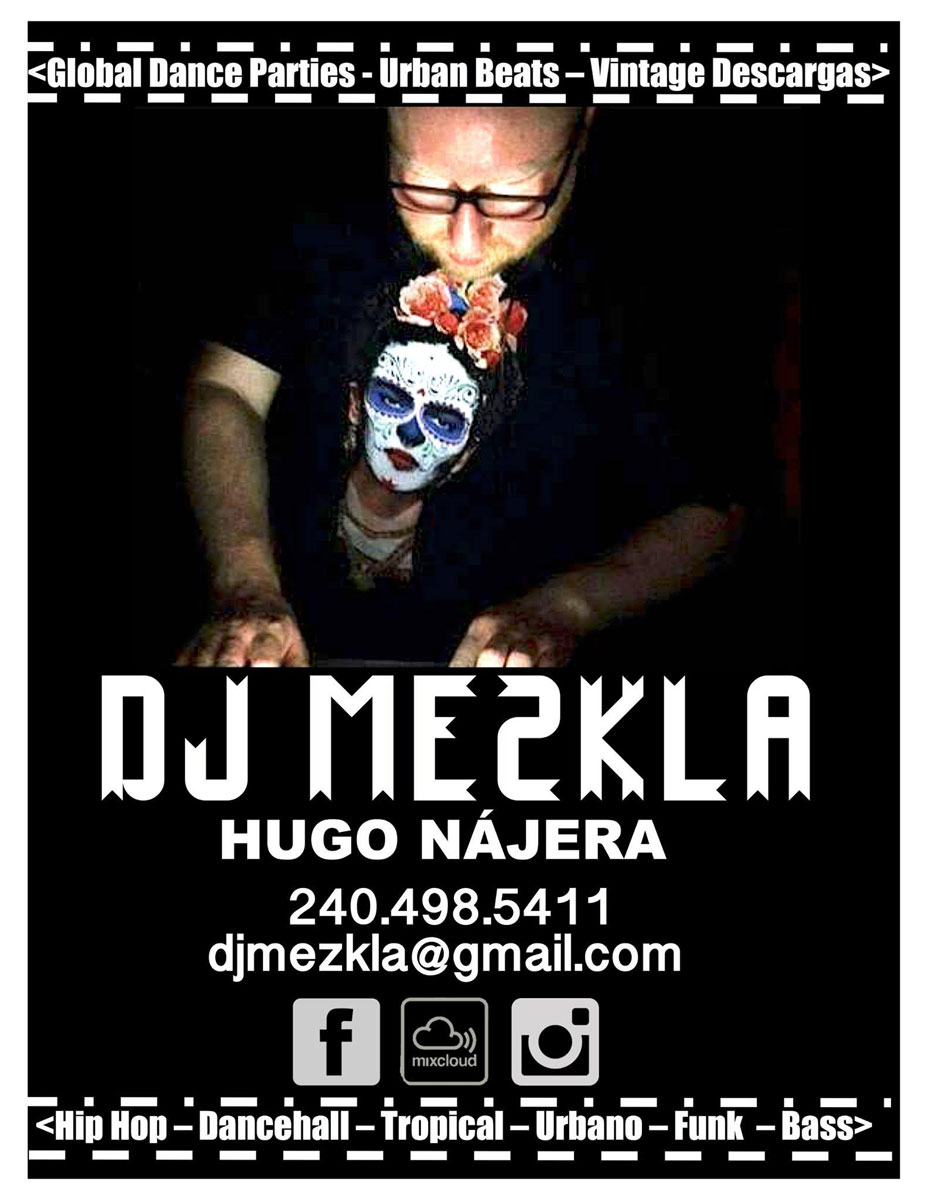 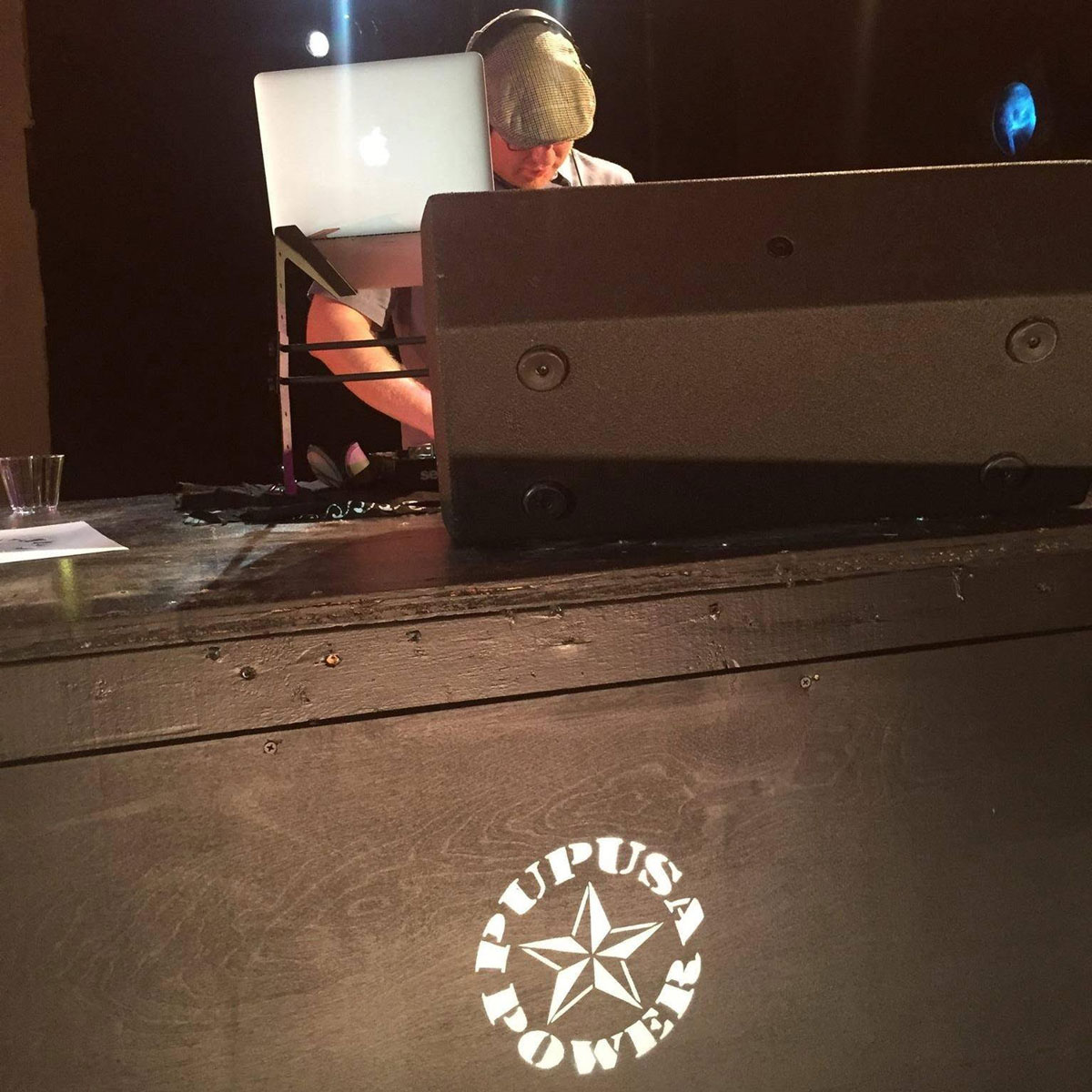 Originally from El Salvador, Quique Avilés has been writing, performing, and leading community arts projects for more than thirty-five years. After graduating from the Duke Ellington School of the Arts in 1985, he co-founded the LatiNegro Theater Collective, which brought its socially conscious theater arts to schools, jails, and community centers.

In 1999, he co-founded Sol y Soul, an arts and activist organization. His poetry and commentary have been featured on NPR, local public radio, and in several anthologies, including How I Learned English and Al Pie de la Casa Blanca. In 2004, Avilés published his first book of poetry, The Immigrant Museum, an art book designed by Raíces de Papel and printed in Mexico City.

He has written and performed eleven one-man shows addressing issues of race and identity, including Latinhood, Chaos Standing, Caminata, The Children of Latinia, and Los Treinta, which celebrates the thirty-plus-year presence of Salvadorans in the nation’s capital. He has brought this work to theaters, universities, and community centers around the United States and in Havana, Mexico City, and San Salvador.

In addition to his solo work, Avilés is a founder and current director of Paso Nuevo, GALA Hispanic Theatre’s award-winning youth theater program. He will be presenting his work with this program at the Folklife Festival on July 1 and 2, 2017.

Hugo Nájera a.k.a. DJ Mezkla is a U.S. Salvadoran Guatemalan educator, community builder, DJ, and cultural creative from the Washington, D.C., area. His contributions to community events and DJ sets reflect a mission to fight against segregation and gentrification by creating voices and events that reflect the synthesis of his D.C., Latinx, and U.S. cultures.

As DJ Mezkla, his mixes focus on polyrhythmic, dancehall-based sounds that blend contemporary and vintage Afro/Latinx genres. As a cultural hybrid, he uses music from cutting edge non-Western voices as an expression of his transcultural backgrounds, as well as an active tool against urban segregation. Within this space, he mixes alternative and electronic cumbia, Dembow, tropical bass, global hip-hopop, rasterinha and vintage descargas.

Nájera performs for numerous social justice and community-building events and regular DJ nights throughout the D.C. club scene. He will perform and participate in Festival discussions on July 1. 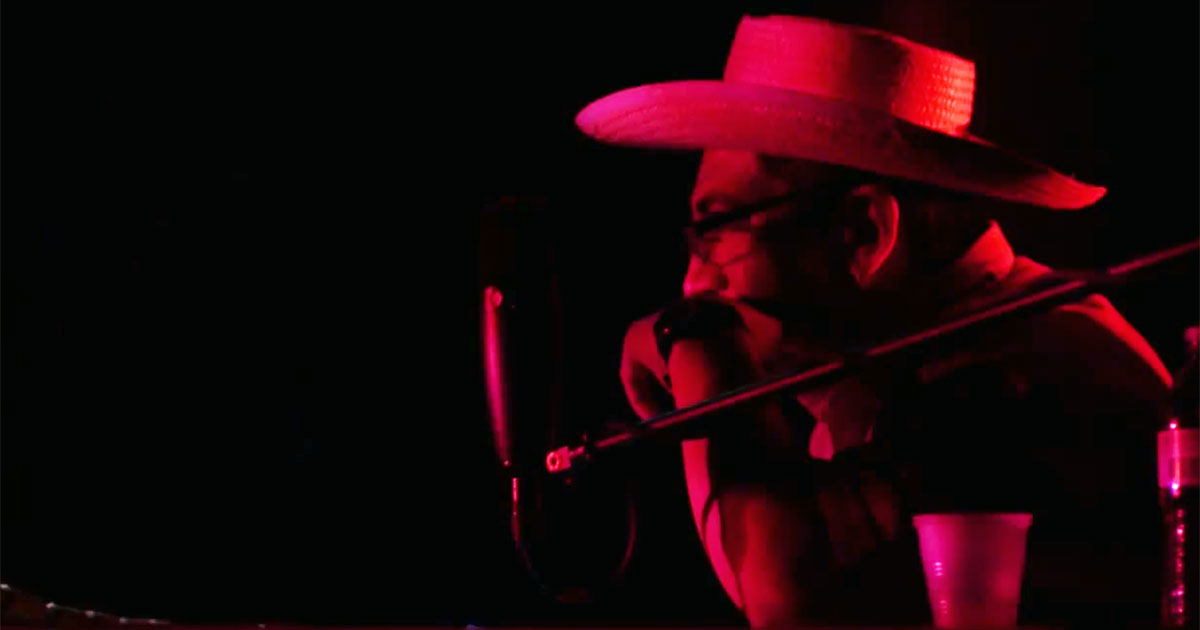