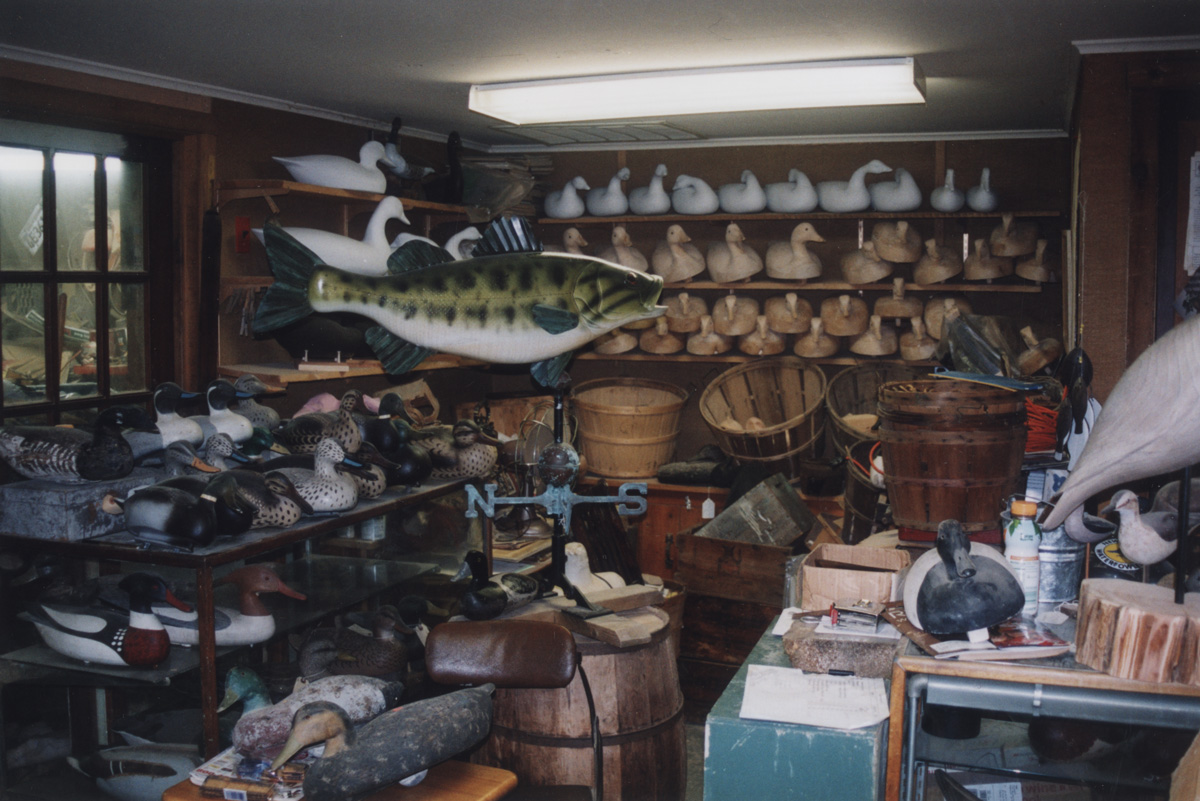 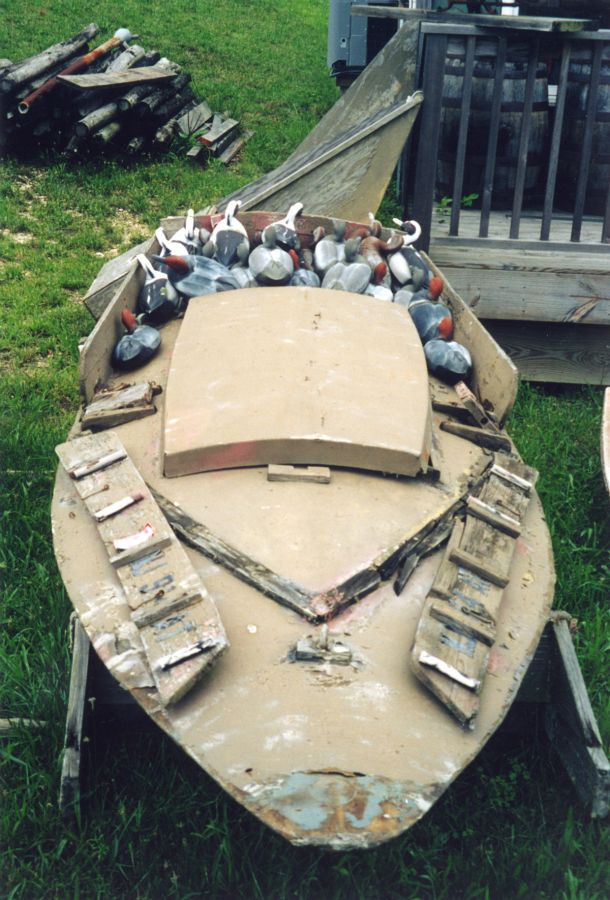 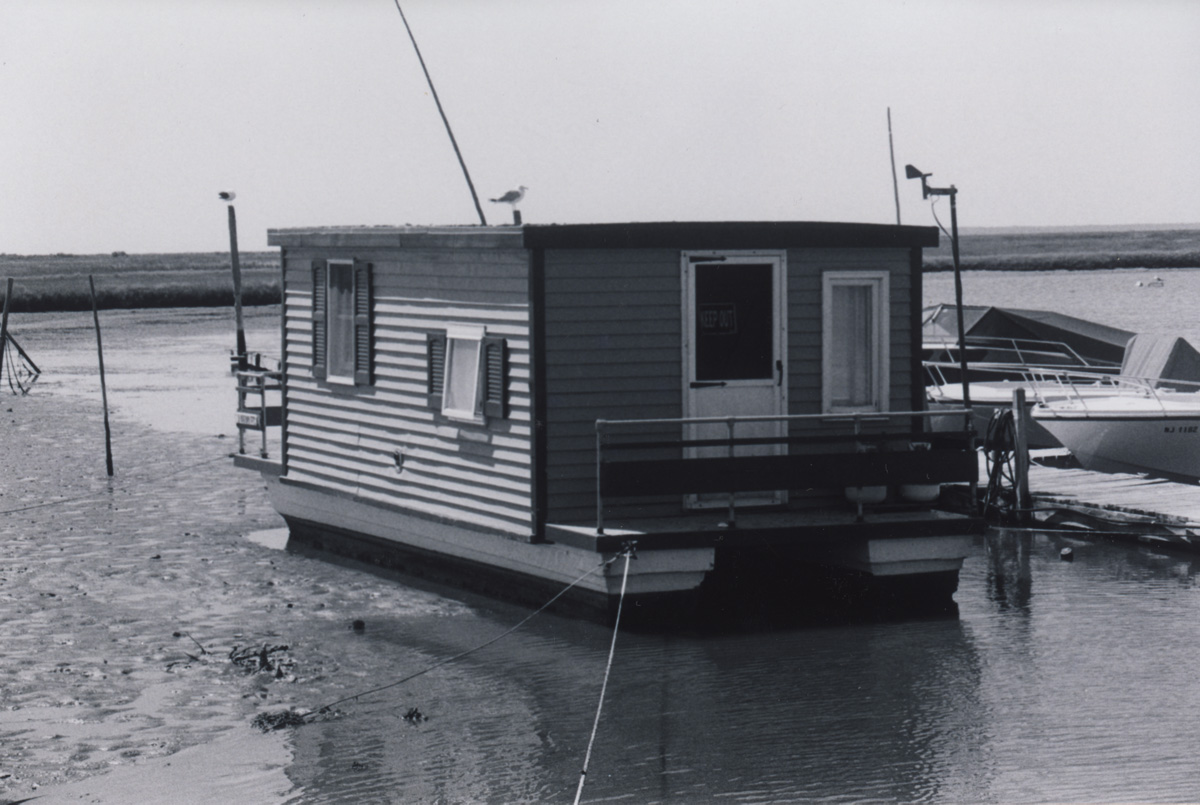 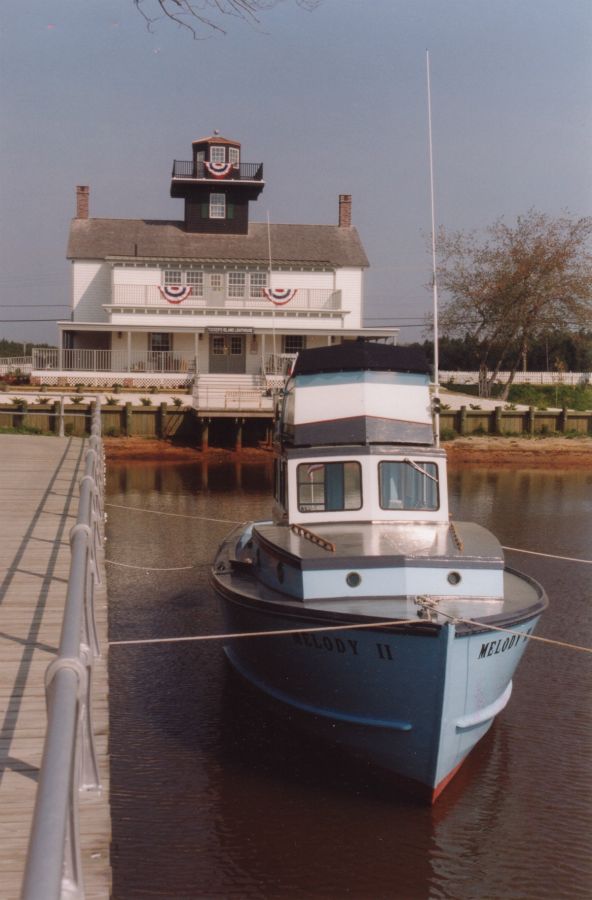 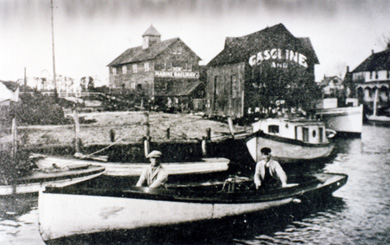 The front of carver Art Birdsall’s decoy shop in Lovelandtown, near the Head of Barnegat Bay.
A Barnegat Bay Sneakbox with a full set of decoys.
Houseboat built by Carl Hewitt of Tuckerton.
The charter boat Melody, built in Tuckerton in the 1950s, docked in front of Tucker’s Island Lighthouse.
Garvis Pharo’s boatyard, at the head of Tuckerton Creek, is now the site of Tuckerton Seaport.

North of Atlantic City and south of the 19th-century Barnegat Light, the town of Tuckerton has provided a safe harbor for travelers since 1790. Tucked into the bay behind Long Beach Island, the town exploits the fertile resources of the ocean, barrier islands, bays, coastal wetlands, and estuaries to support diverse maritime trades including fishing, clamming, oystering, decoy-carving, and boat-building. Tuckerton developed during the whaling era and became a resort as early as 1800 for city dwellers seeking sport and recreation.

Its residents value the freedom of being self-employed, and family-owned businesses in the area often combine several maritime trades. The tools of these trades can be seen along area roads and inlets. At a working boat shed, decoys are shelved inside, and clamming tongs are stored outside. Barnegat Bay sneakboxes--shallow-draft sailing canoes used to hunt ducks--can be found in many backyards. 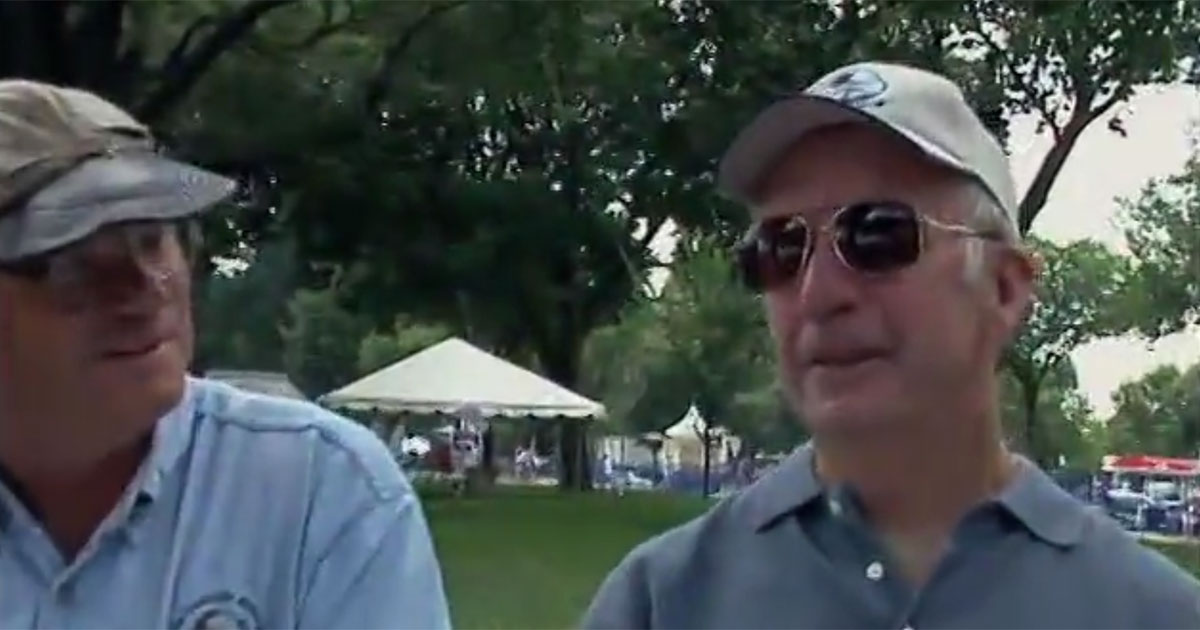 Once focal points of local fishing culture, houseboats, or shanties, dot the horizon. Fisherman Bob Hewitt recalls a time when most families had one for duck hunting or just for getting out of the weather. "... Most of the guys that owned the shanties were local. They knew each other and hardly ever locked them up . . . because if you were ever in any trouble, your refuge was the nearest shanty. If you used any of the canned goods or stuff, most of the guys would either leave money under the sugar bowl or replace whatever they used [later]."

Today, Tuckerton is experiencing great changes. Fiberglass replaced wood in boats, shifting builders' work from design and fabrication to maintenance and storage. Duck and bird enthusiasts collect decoys instead of hunting with them. Houseboats have become small museums or offices for family businesses.

Tuckerton Seaport, a project of the Barnegat Bay Decoy and Baymen's Museum, was opened in May of 2000. Here, visitors can watch decoy carvers and boat builders work, peek into a houseboat, learn to cook clam chowder, and talk with baymen and baywomen about life on the water.

As folklorist Tom Carroll says, "...Communities are not simply passive victims of change but are actively contributing to the shape and direction of change."