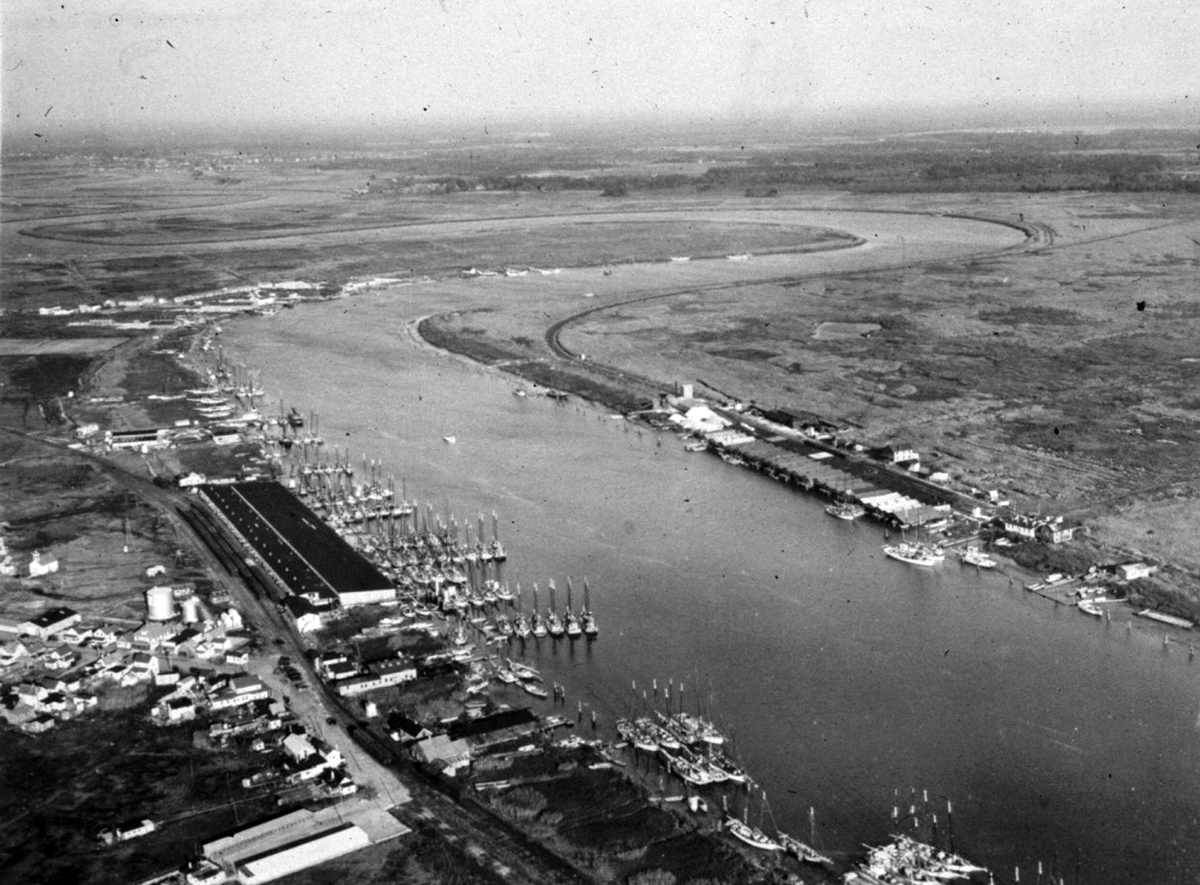 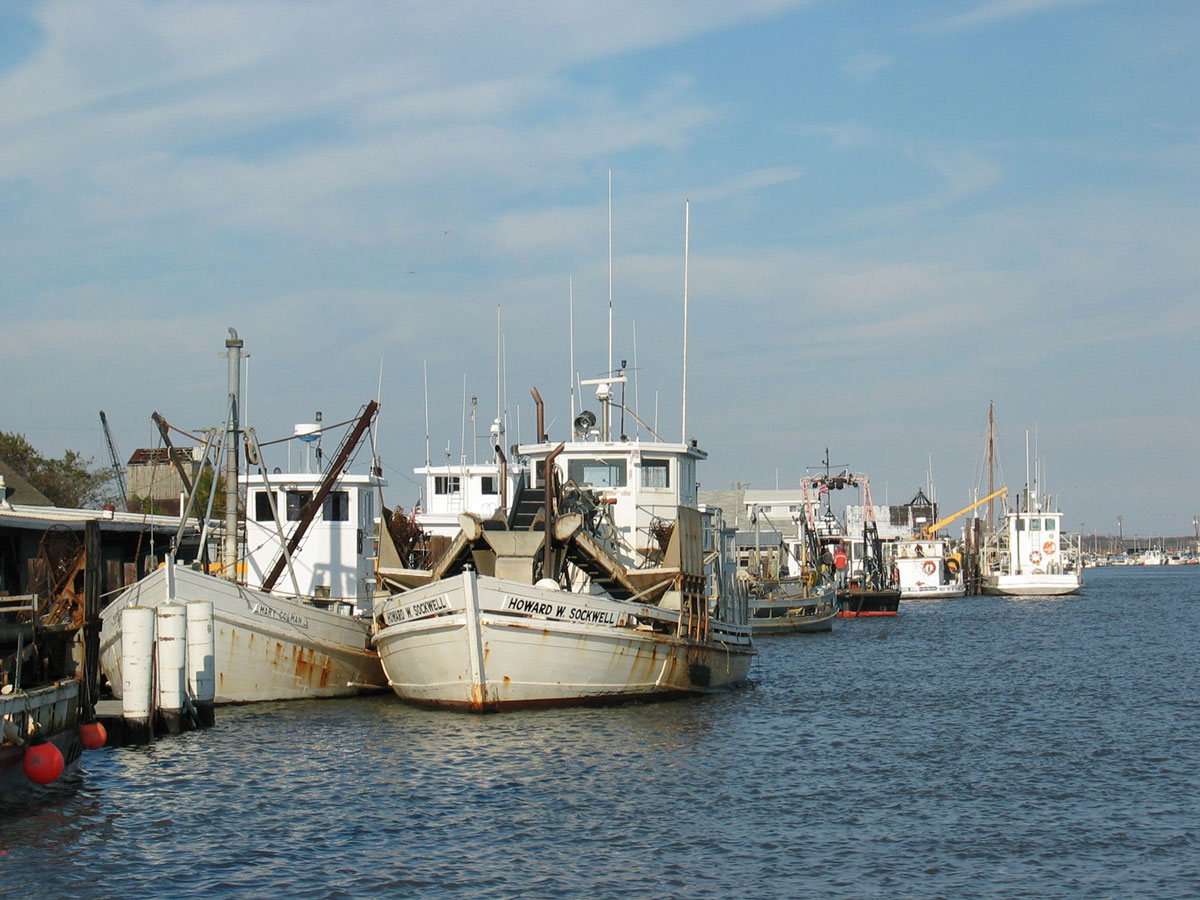 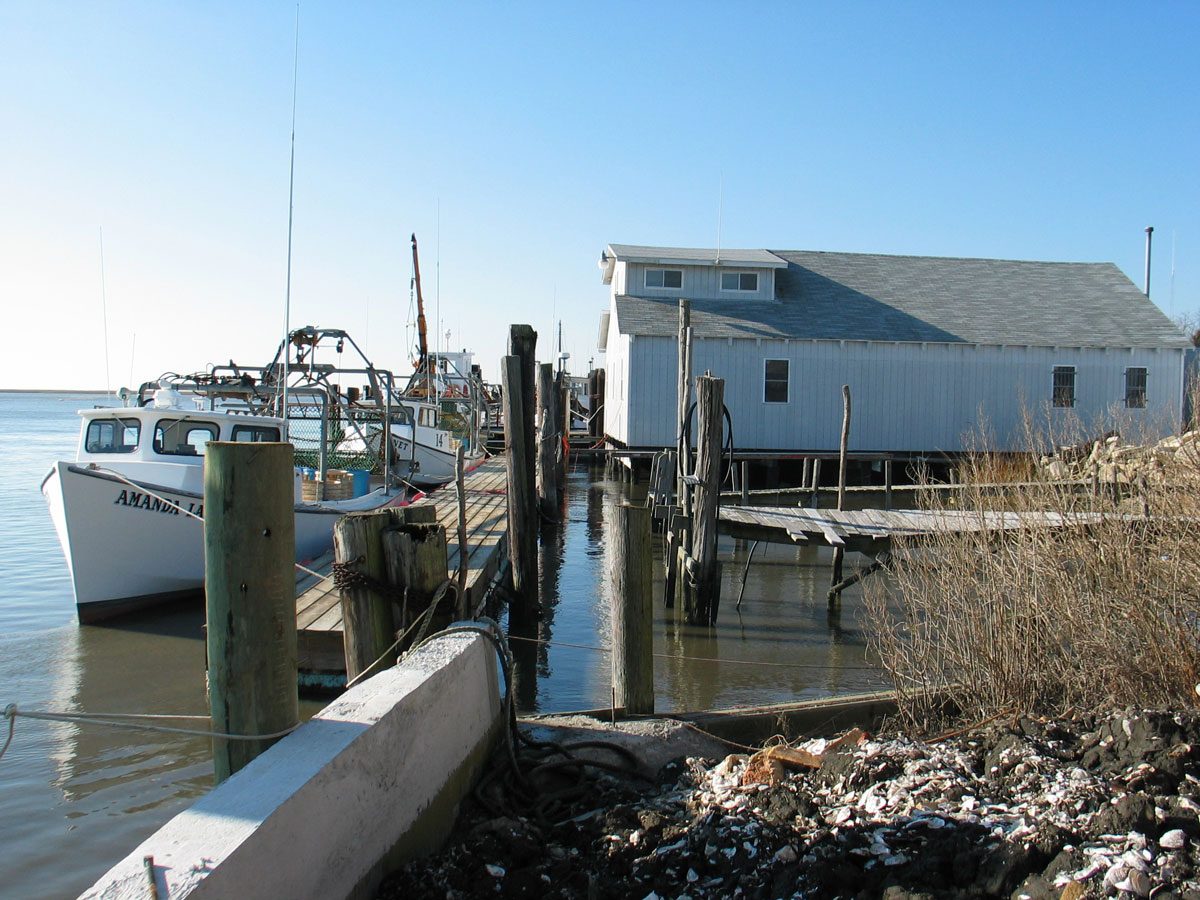 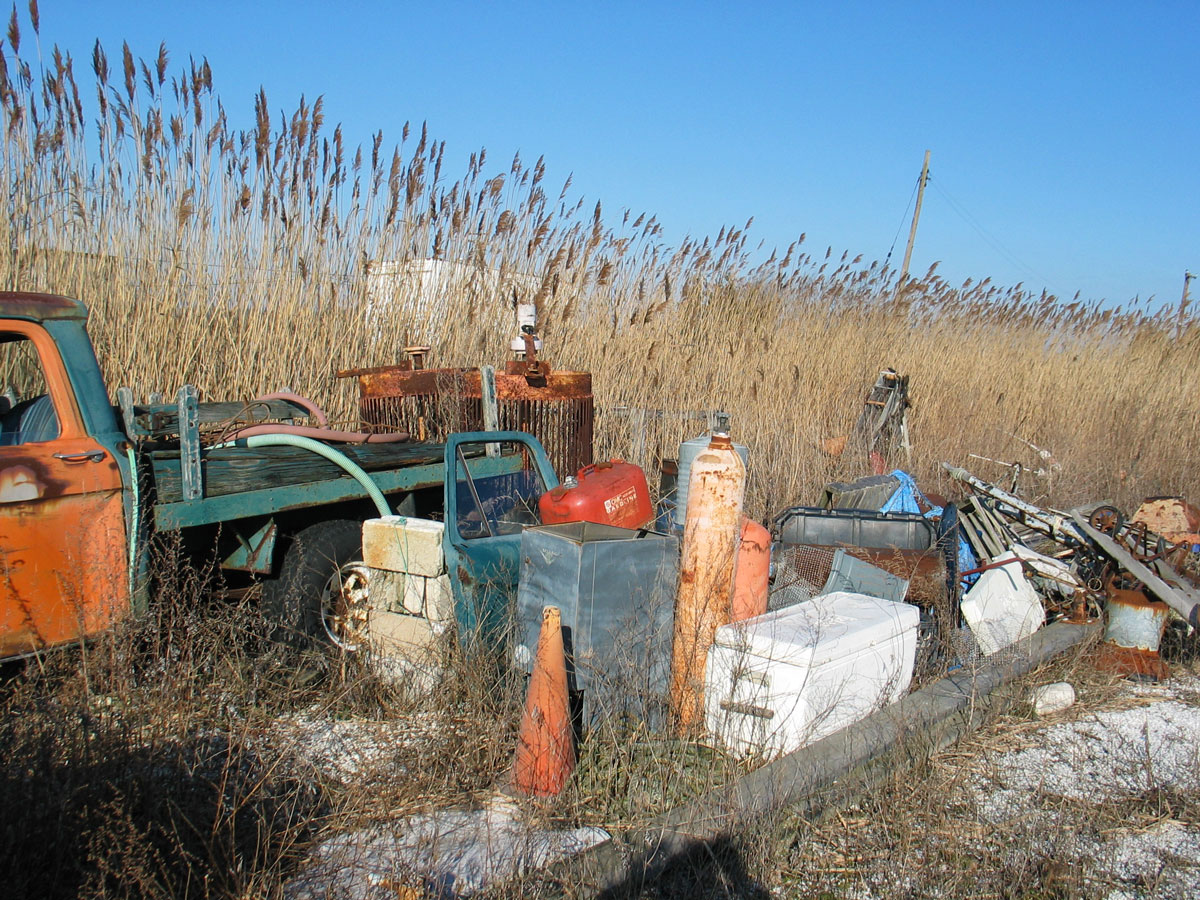 According to Meghan Wren, director of the Bayshore Discovery Center, "Bivalve is a gritty, working waterfront that a casual visitor might call 'lost in time.' Someone who knows the place a little better would probably use words like defiant, independent, inventive, rebellious, stubborn, hard working, and hard playing..."

These words might describe any number of small working waterfronts in the Mid-Atlantic region. But they are especially descriptive of this Delaware Bay community just far enough out of the range of sprawling eastern seaboard cities to maintain its working identity.

The town of Bivalve is tenaciously rooted on the salty wetlands at the mouth of the Maurice River. It owes its name and history to the rich oyster beds thriving just under the surface of this coastal estuary region.

In the mid-nineteenth century the railroad company linked Bivalve to the rest of its network of trade routes to create an "oyster spur." Until the 1950s, Bivalve's economy was almost solely based on oyster planting (transplanting seed oysters to privately cultivated bay bottom and harvesting mature oysters for transfer to markets). The harbor in Bivalve teemed with oyster schooners, often rafted 6-deep off the piers along the railroad shed.

Oyster diseases in the 1950s and again in the 1980s, combined with government regulations, ecological changes, and decline in profitability, have impacted the viability of oystering as a sole occupation. As the oyster business ebbed and flowed with these changes, oystermen have adapted their boats for use in surf clamming; families have added fin-fishing and crabbing to their repertoire of skills; shuckers and boat crews have taken part-time jobs in restaurants or at the local sand plant or prison. The private marinas that have popped up here are owned and operated by local traditional oyster companies, unlike in other Mid-Atlantic maritime communities,where outsiders have often stepped in to buy waterfront for recreational use. But, still, as Meghan Wren says, "oystering remains the shared occupational experience that unites Bivalve residents."

The Bayshore Discovery Project was founded in 1988 to "motivate people to take care of the environment, the history, and the culture of New Jersey's bayshore region." Their work includes restoration of the A.J. Meerwald, an oyster schooner built in 1928 and designated New Jersey's official tall ship in 1988. Education programs on land or under sail serve as models for preservation and stewardship. Local residents have become involved in environmental education either as crew or as teachers, reinforcing the occupational endurance of New Jersey's historic oyster capital.