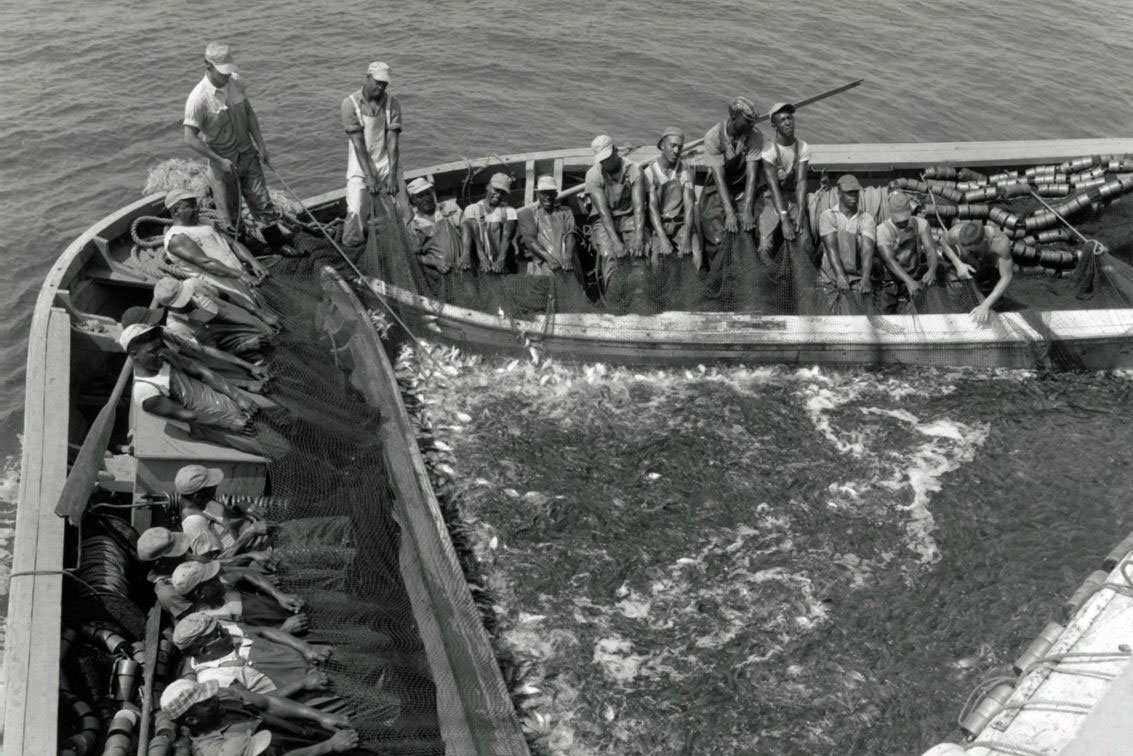 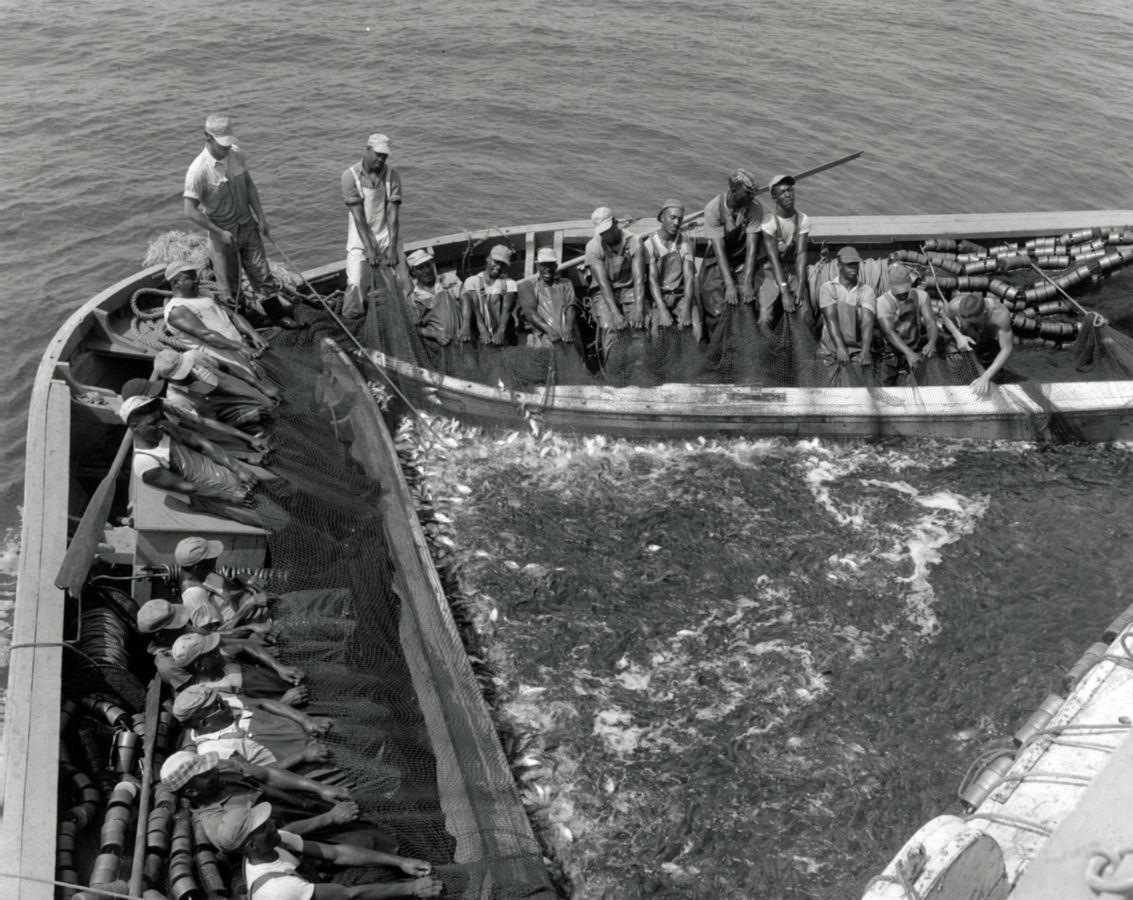 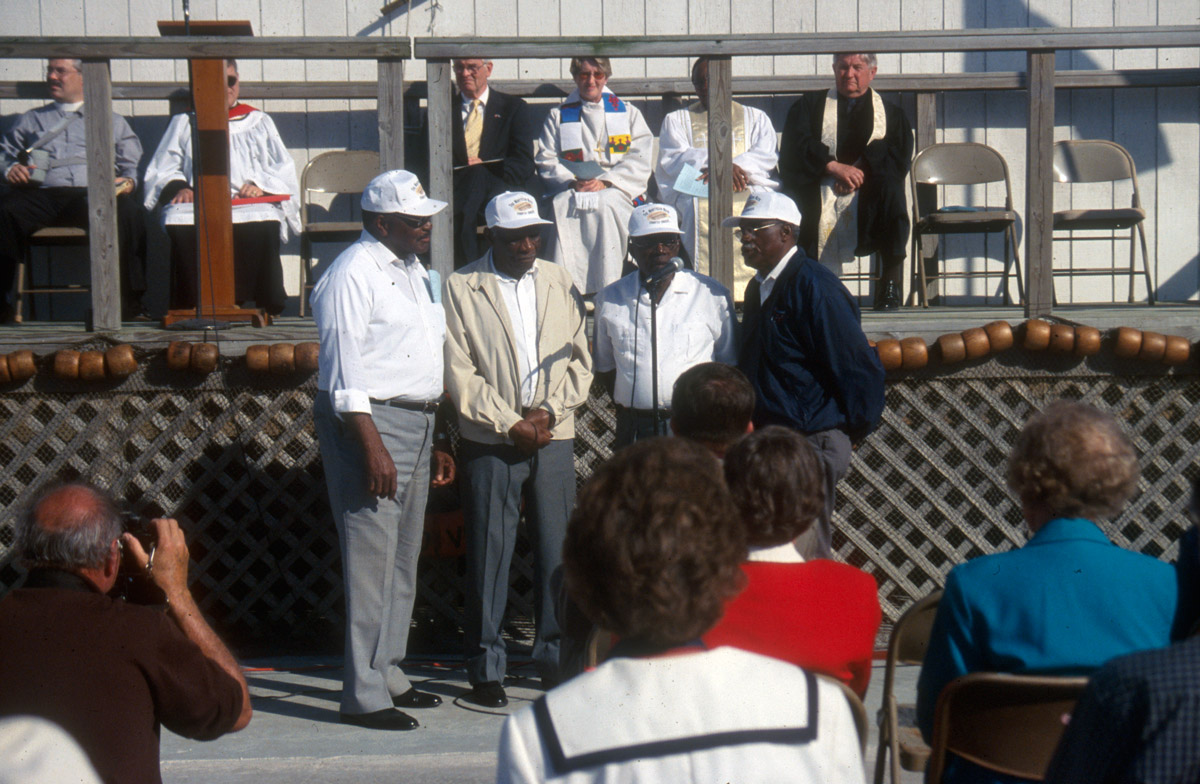 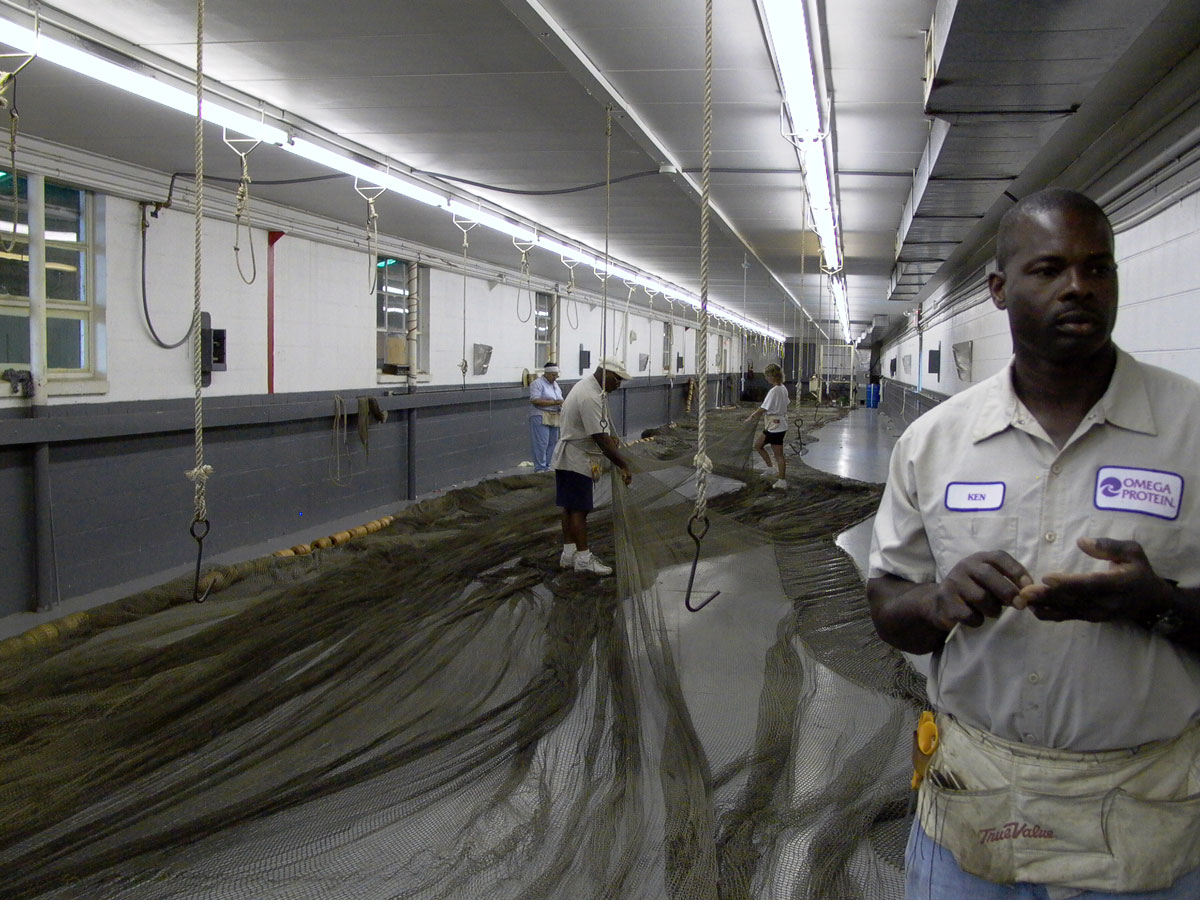 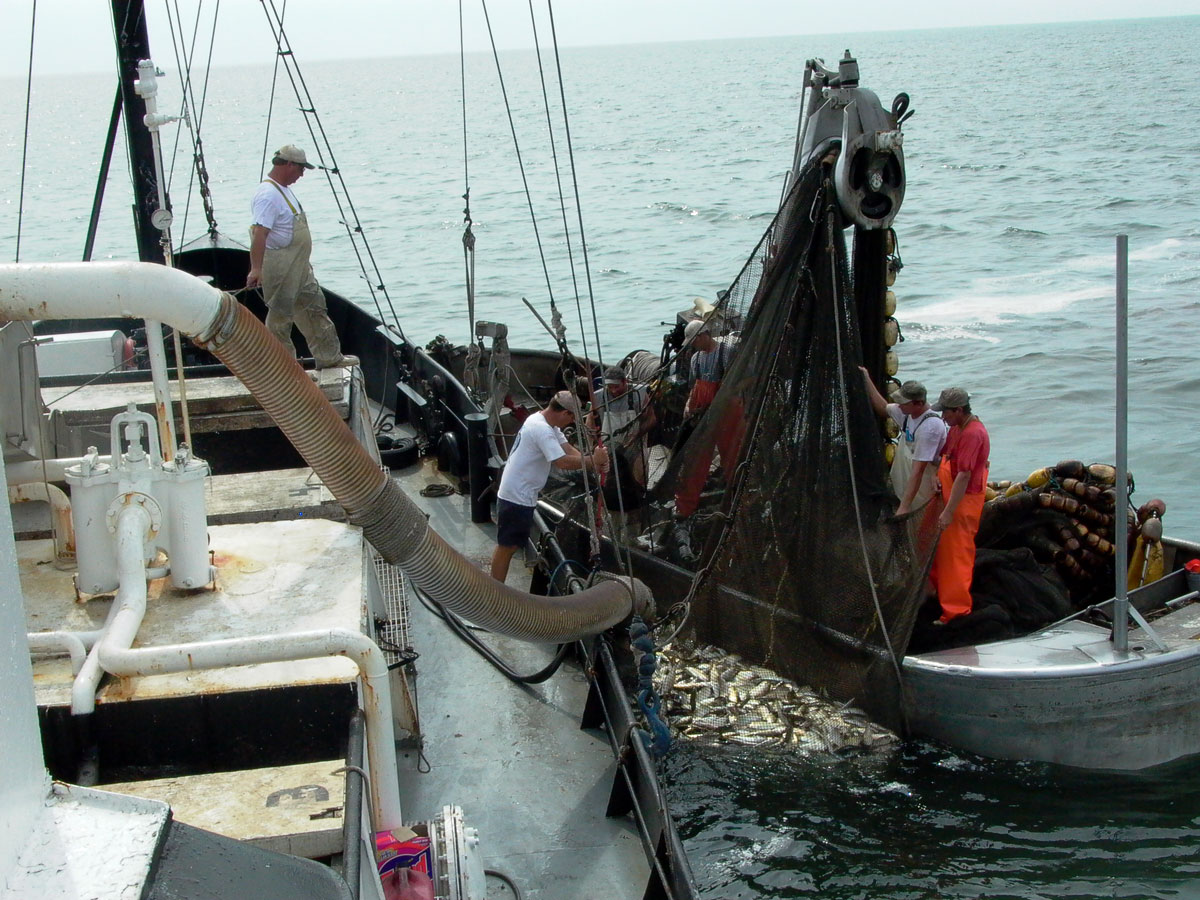 Crew members of a menhaden boat pull in the nets before the days of hydraulic power.
Members of the Northern Neck Chantey Singers perform at the annual Blessing of the Fleet at Omega Protein, the last menhaden operation on the Chesapeake Bay.
Net mender at the menhaden net-making facility at Omega Protein, Reedville.
Fred Rogers, whose father Ray was a menhaden fisherman and net-making factory foreman, operates a small, independent menhaden boat called a snapper rig.

The Northern Neck of Virginia is a peninsula that lies between the Potomac and Rappahannock rivers, and borders on the Chesapeake Bay. By the 1650s, the area's original inhabitants, the Powhatan tribe, had been pushed inland, and large tobacco plantations had been developed by English settlers. George Washington and Robert E. Lee, among other historical figures, were born here.

On the Lower Northern Neck, near the Chesapeake, fishing villages grew up that were almost inaccessible by land. On a finger of land between two branches of Cockrell Creek, a tiny town had been the home of generations of watermen before a "come-here" ("newcomer" in local speech) from New England named Elijah Reed brought a new kind of fishing in the 1870s.

Menhaden—which are oily little fish—were found throughout the entire Mid-Atlantic region in profusion. Reed brought a method of extracting large quantities of oil from the fish by rendering them by the millions. Their oil was used as a lubricant and in lighting, as whale oil was, and the leftover bones and carcasses were valuable as fertilizer. Others followed Reed into the business, and the profits of ship captains and processing-factory owners built the stately Victorian and Queen Anne homes on Main Street in the town, which was renamed Reedville.

It took a lot of manpower to pull in nets teeming with menhaden. As one retired captain explained, "You didn't hire a man unless his arm was as big as a stovepipe." To coordinate their work and make it go easier, the men sang "chanteys." Charles Winstead, one of the few African-American menhaden fishermen to work his way from pulling nets to serving as captain, explained, "Everybody was singing in tune; they sang together to pull together. The sharper you could tune, the better they pulled."

In the mid-1950s a hydraulic "power block" replaced coordinated human effort in pulling nets. Some of the menhaden legacy lives on, however. The smell of the one remaining menhaden operation in Reedville is jokingly referred to by some residents as "tourist repellent." The Reedville Fishermen's Museum has detailed displays about fishing methods over the years and about the many current uses of menhaden oil and meal. The Mary Ball Washington Museum, in nearby Lancaster, has recorded interviews with African-American menhaden fishermen. And the Northern Neck Chantey Singers, a group of retired fishermen, perform their work songs for enthralled audiences around the region.