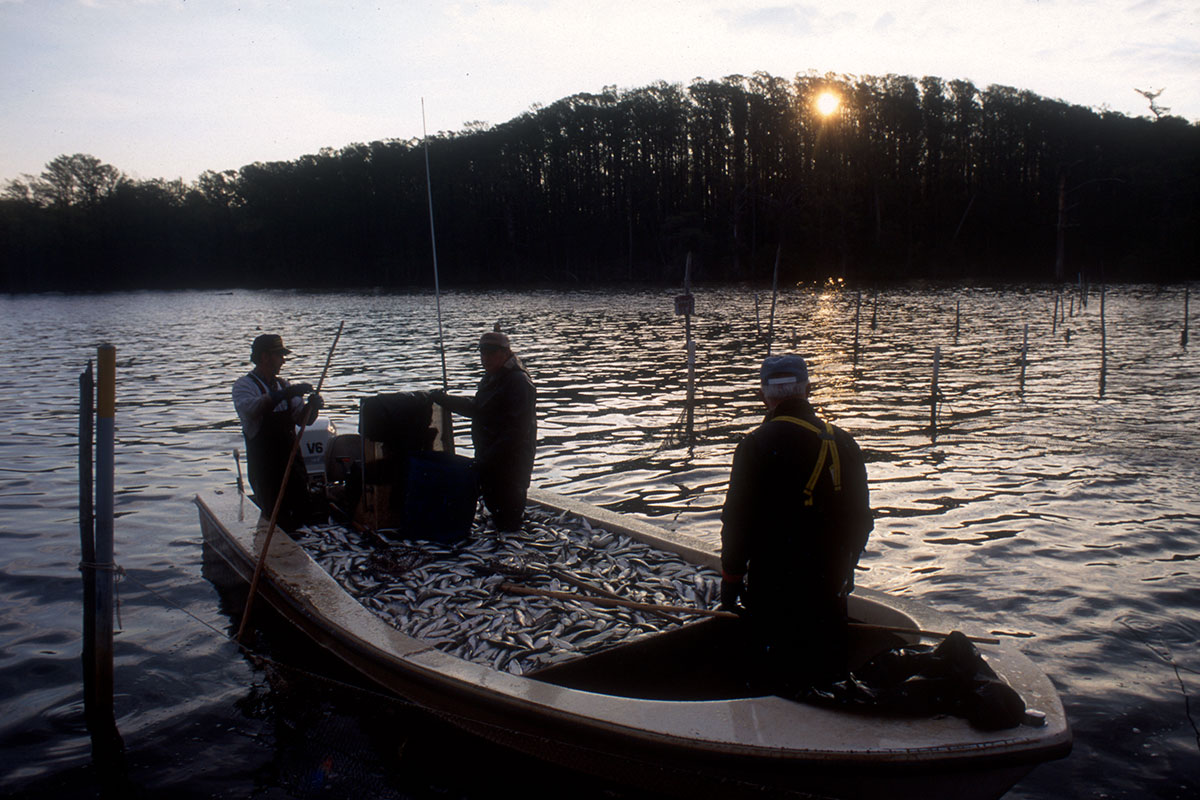 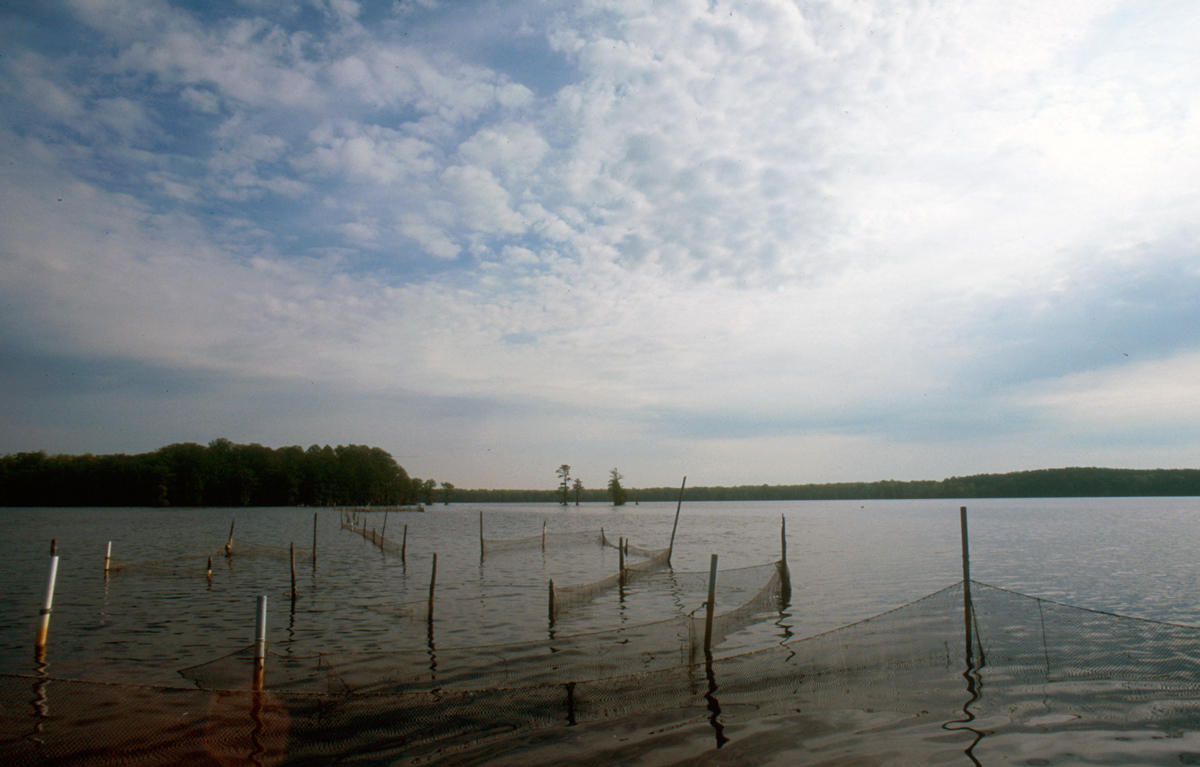 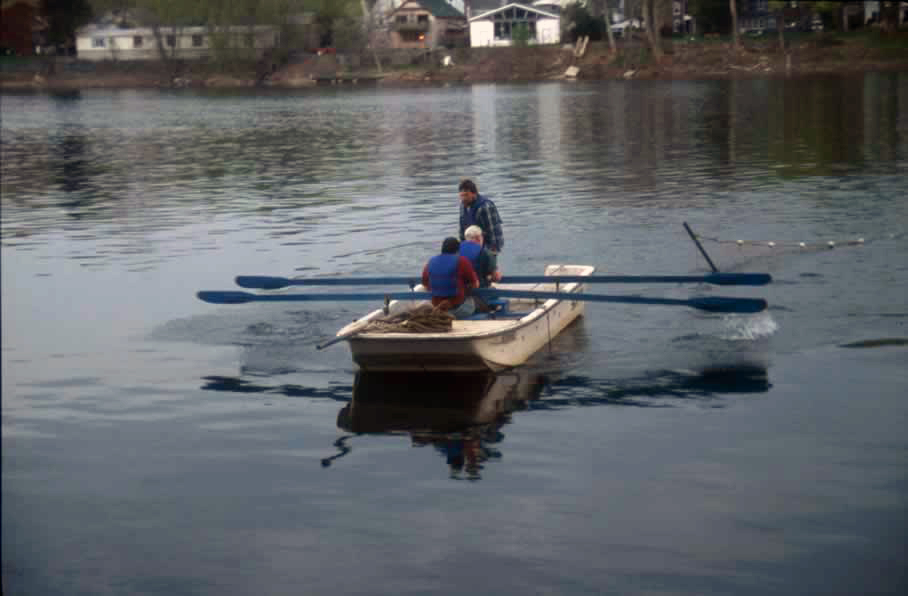 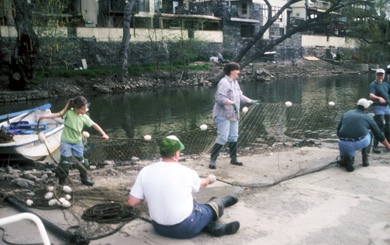 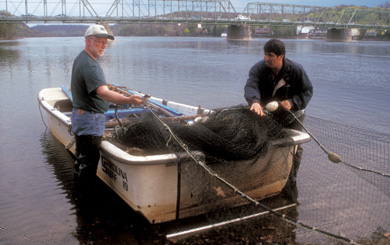 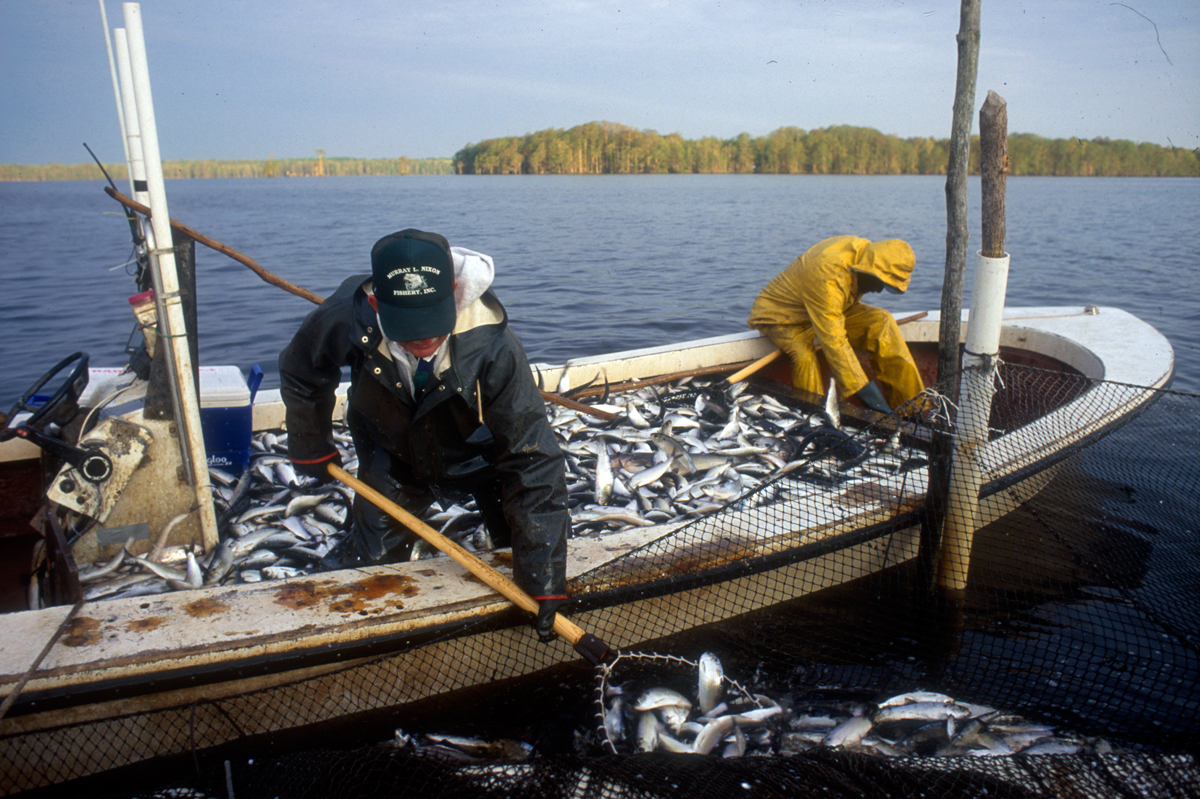 The mighty rivers that flow into the bays and sounds of the Mid-Atlantic region have traditionally supported seasonal fisheries. River-breeding saltwater fish (called anadromous) like shad, rock fish, blue fish, and herring are the natural resource for these fisheries. This is the tale of two families who work on rivers where fish return to spawn.

In the 18th and 19th centuries, herring and shad fishing was big business along the Chowan River in North Carolina. Hundreds of people including enslaved African Americans and freedmen worked huge seine nets, some a mile long.

Fish populations slowly declined, but Bobby and Herbert Byrum from Cannon's Ferry, who have been fishing herring by pound net since the 1960s, still made excellent hauls. Herring quotas were set on the Chowan in 1995 to let the stock rebound from overfishing and adverse environmental conditions.

The history of shad fishing in northern rivers is similar. The Lewis Fishery in Lambertville, New Jersey, on the Delaware River, was established in the 1880s. It used to be one of dozens of seasonal commercial fisheries in the area. But now the Lewises are the only commercial fishing family left.

As early as the 1930s, the Lewises started hauling in fewer fish. A massive river clean-up was undertaken in the 1960s, and fish numbers began to increase. Today, the fishery catches about 500 fish annually. The town of Lambertville holds an annual Shad Fest in late April, and the Lewis Fishery is at the traditional heart of this spring celebration.