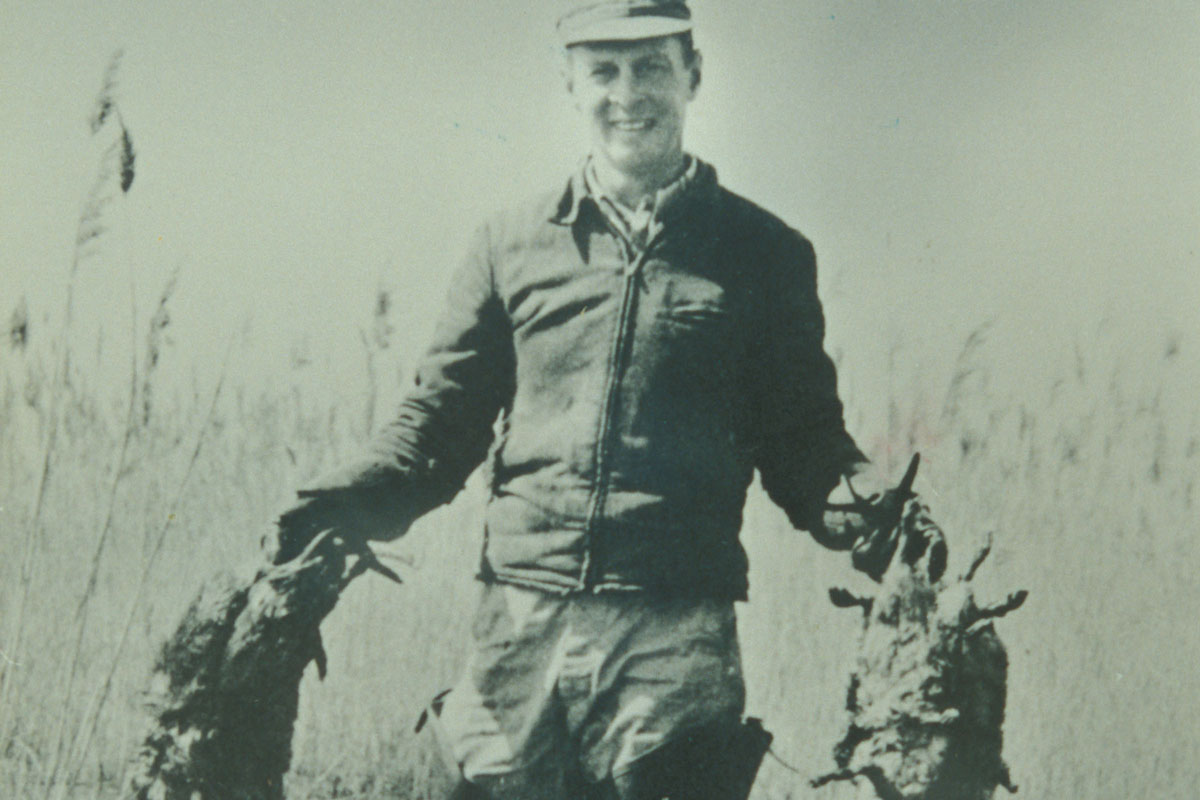 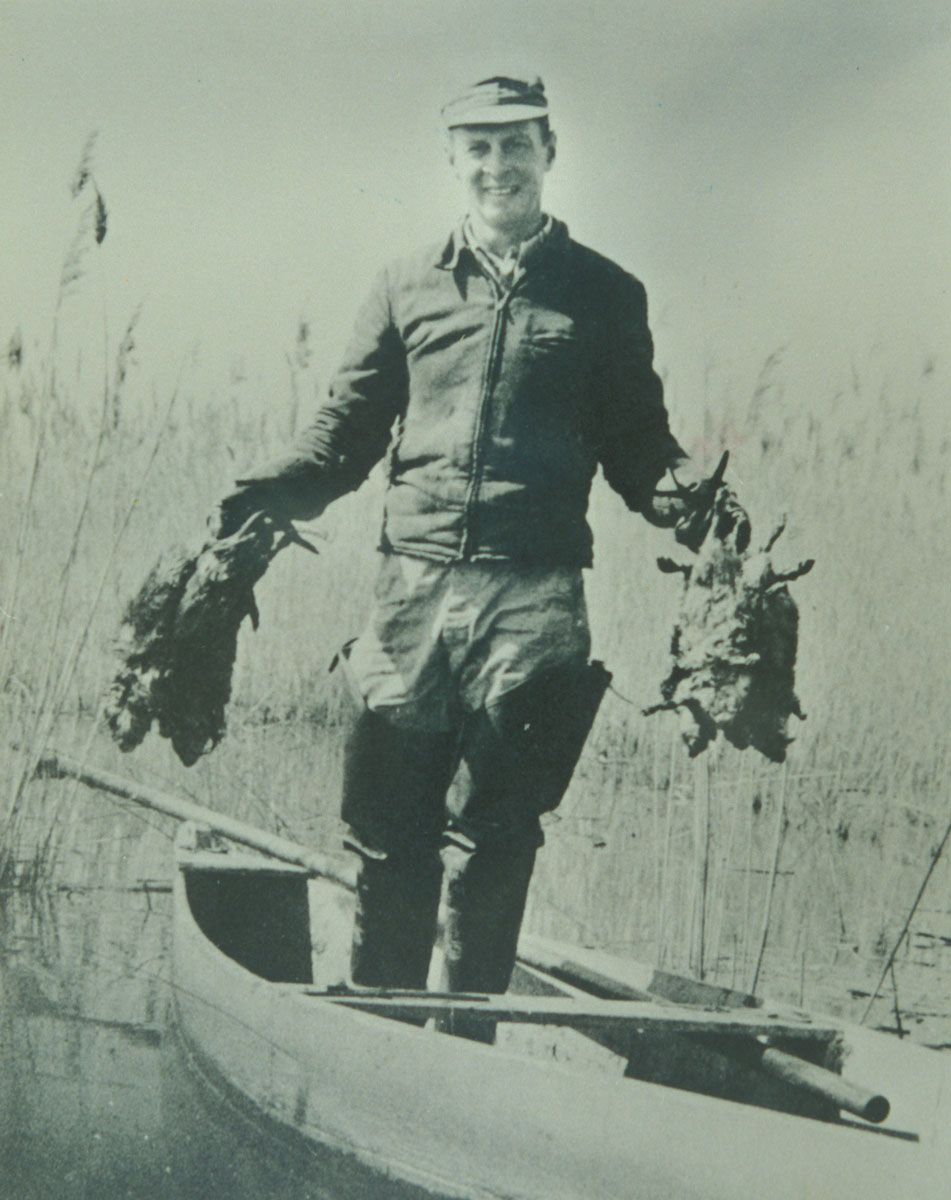 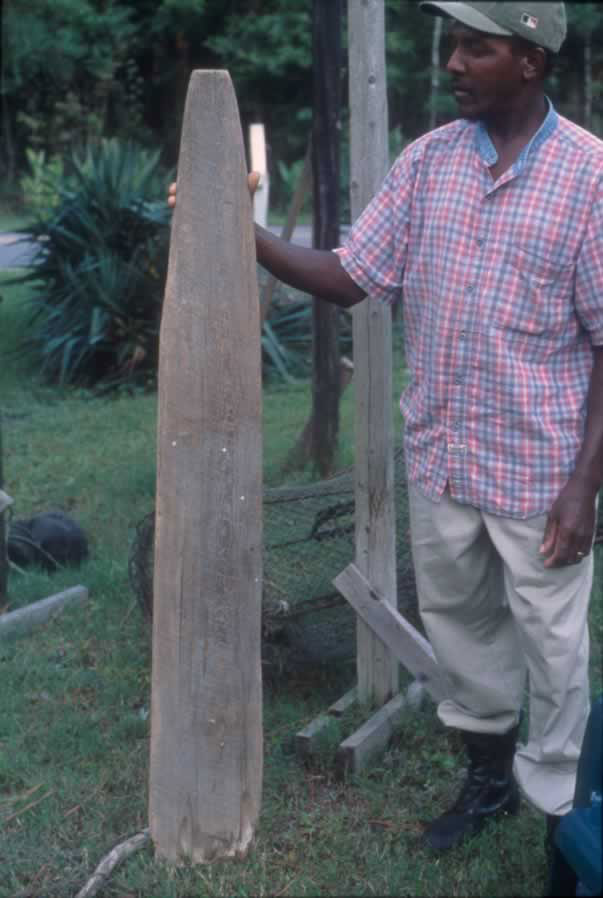 The late Bob Beck, muskrat hunting in the marshes near his home in Port Penn, Delaware.
Lonnie Ray Sykes from the Alligator community in North Carolina's Albemarle Sound region holds a stretching board; used in preparing the skins of animals such as muskrats.

The marshes, swamps, ponds, creeks, meadows, and forests of the Mid-Atlantic coastal region are the ideal home for a variety of wild animals, which have been hunted and trapped since the earliest human habitation. The pelts of beavers, muskrats, foxes, and otters were traded or sold. And animals as deer, muskrats, snapping turtles, and terrapin were important parts of people's diets.

Today, many hunters and trappers are still active throughout the region. Seasonal wild game forms the basis for competitions like the annual Muskrat Skinning Championship in Golden Hill, Maryland, and for community events like the Marshland Dinner in Port Penn, Delaware, that features snapping turtle soup. The recipe for the Port Penn soup is secret. When one writer asked for it, he joked, "They said if they told me they would have to kill me."