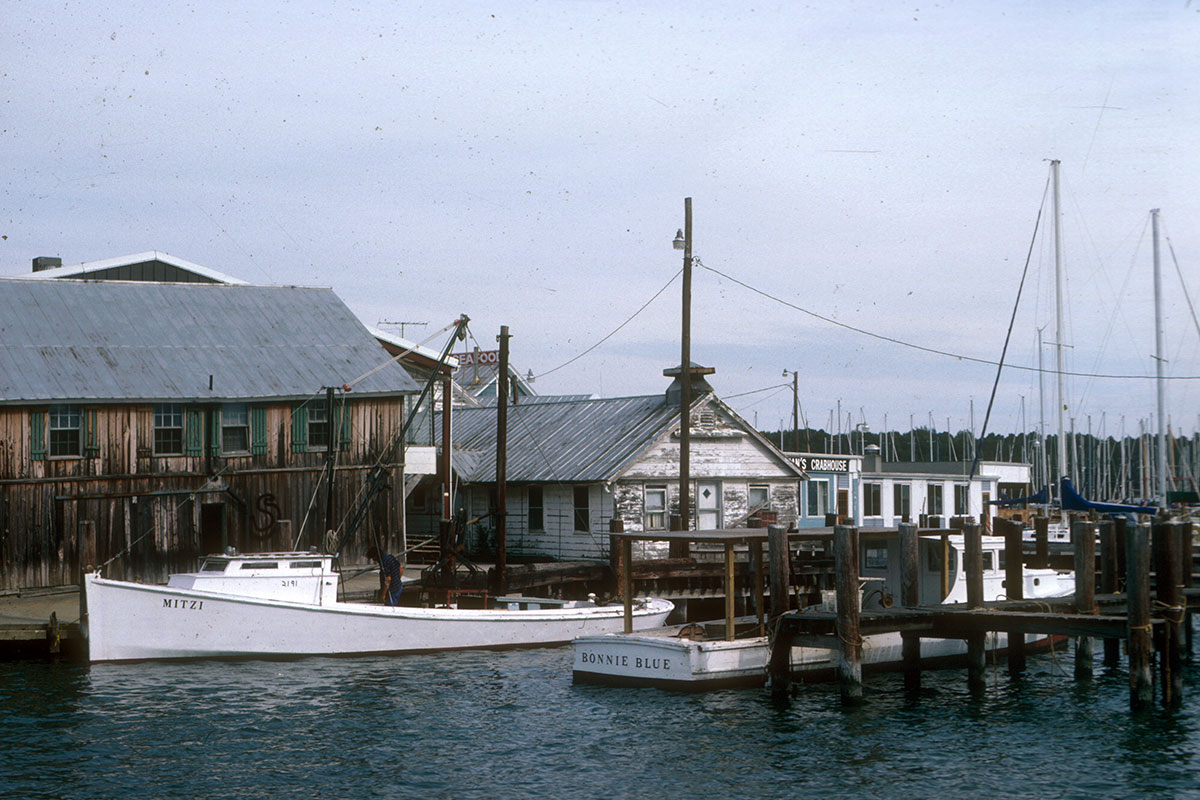 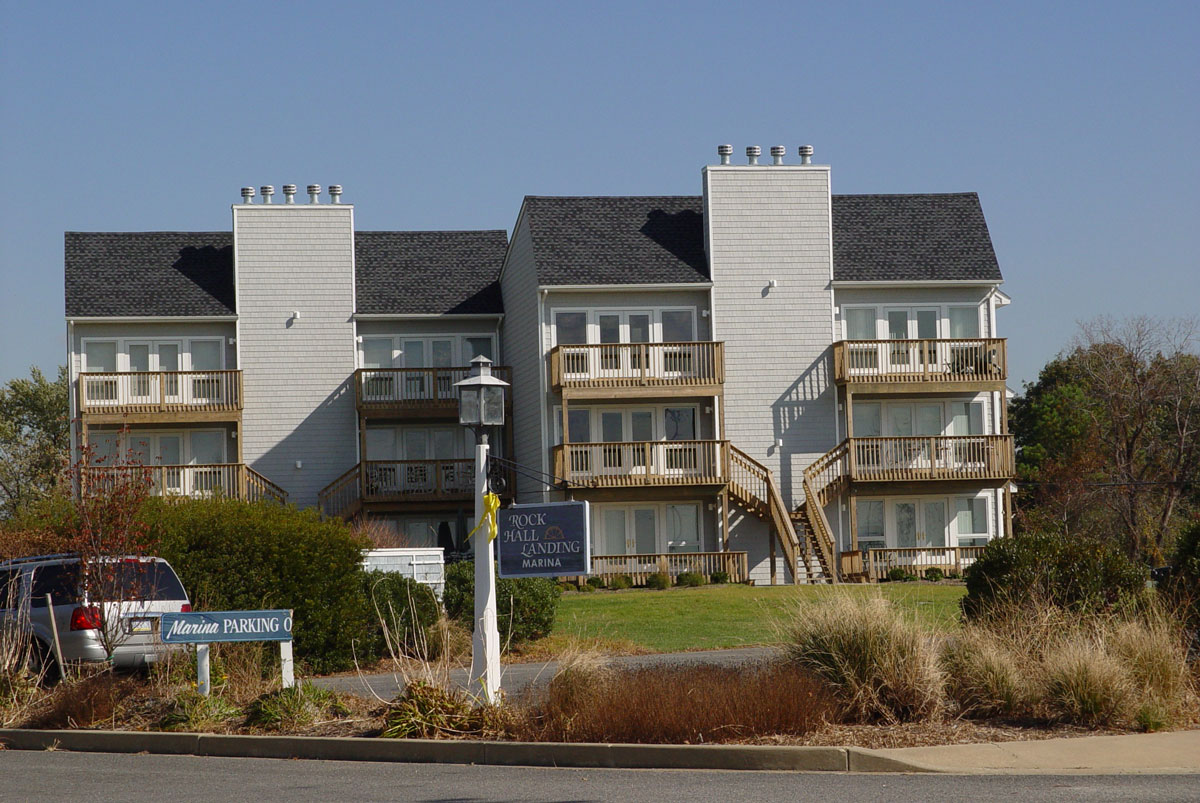 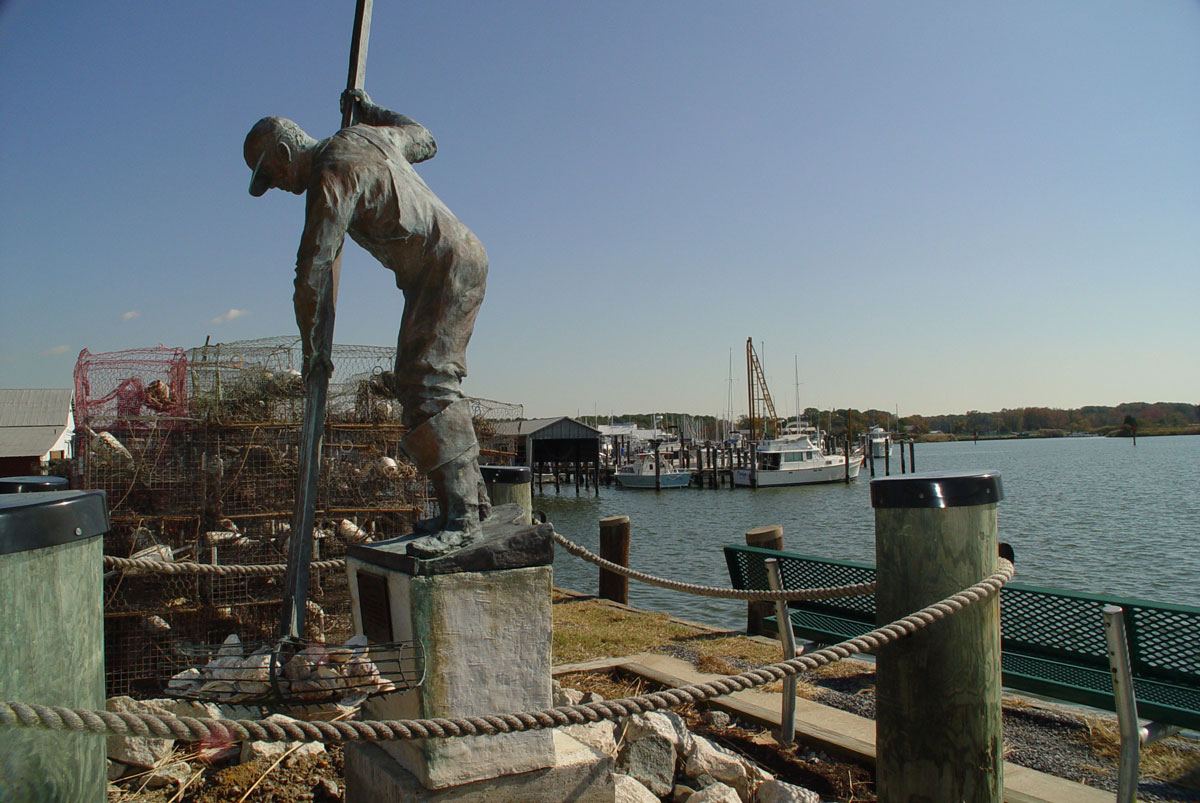 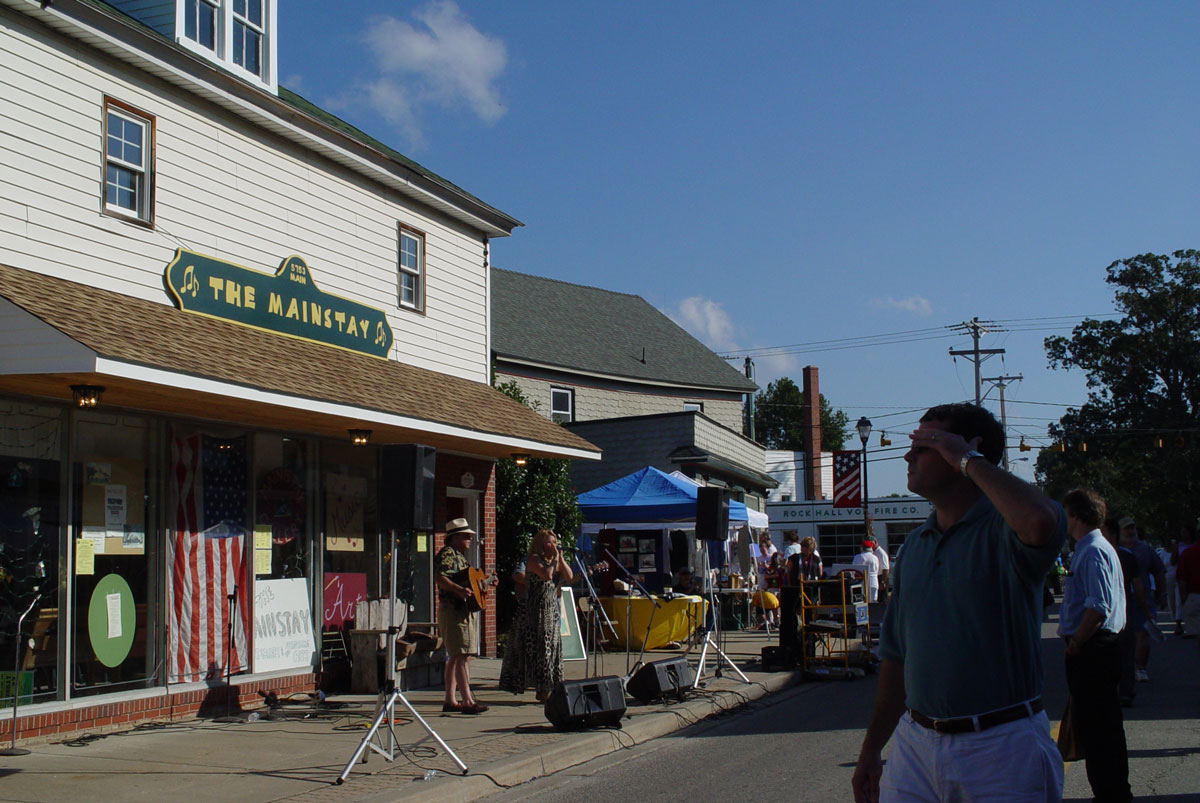 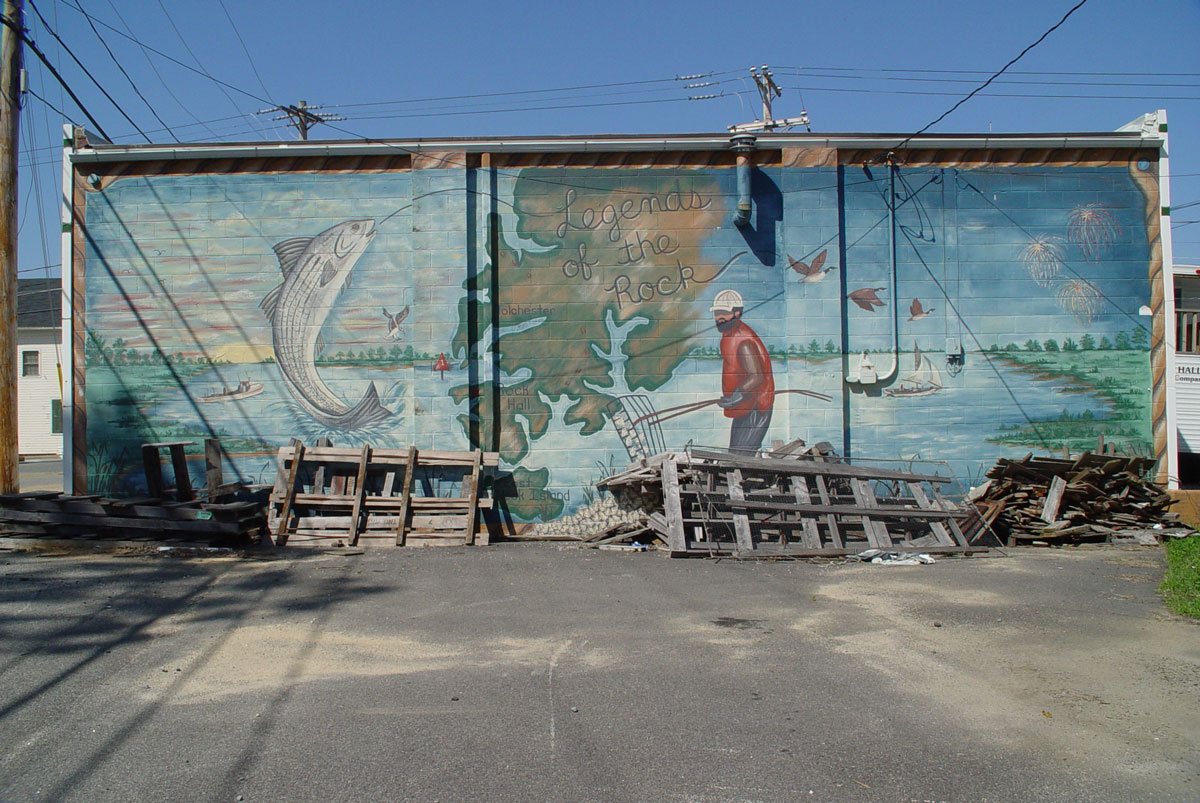 Rock Hall Harbor, captured in a photograph prior to the razing of the mansion and the dredging of the harbor.
Rock Hall Landing Condominiums, built on the site of the old Rock Hall Mansion.
Bayside Park, a safe harbor for commercial fishing boats, commemorates watermen with a statue.
Each fall, thousands of visitors come to Rock Hall Days to browse craft stalls and enjoy entertainment at the Mainstay, a performing and gallery space run by ''newcomer'' Tom McHugh.
A colorful mural painted on the side of a building on Main Street depicts the past and present of Rock Hall.

About four-fifths of the way up the Eastern Shore of the Chesapeake Bay lies the town of Rock Hall, in Kent County. Having survived storms, fishing regulations, and the shift from commercial to recreational fishing, Rock Hall residents have fought hard to retain the town's traditional flavor.

A fishing settlement has existed near Rock Hall since the 1600s, and the town became a stopover for colonial travelers. George Washington passed through Rock Hall eight times, traveling there by boat from Annapolis and proceeding by horseback onto Philadelphia. Later, Rock Hall was a shipping center for agricultural products such as pears, peaches, and tomatoes.

Some say Rock Hall got its name from an unusually large "haul" of rock fish (striped bass). Indeed, as Town Manager and former commercial fisherman Ronnie Fithian says, "Without exaggeration, there was more tonnage of rock fish caught out of this little town than any one town on the entire East Coast of the United States." Recreational fishermen, who began traveling to Rock Hall around the 1880s, also caught rock fish.

The mid-1980s moratorium on commercial and recreational rock-fish fishing affected many fishermen in Rock Hall. Some went into clamming, eeling, and crabbing; many others stopped fishing altogether. The commercial dock area of Rock Hall harbor called Hubbard's Pier was sold, and the harbor was dredged to accommodate deep-draft recreational sailboats. The historic Rock Hall Mansion was torn down, and condominiums were built in its place. New, full-service marinas and businesses opened, and the town became a popular destination for recreational boaters.

Retired and active watermen gather most mornings at a restaurant downtown. Sometimes they discuss whether the "newcomers" who have moved to Rock Hall are a good thing for the town. Captain "Pie" Edwards opined, "Rock Hall was like so many little towns that just go down and down. The people moving in have restored a lot of the old buildings....You either go forward or backward. You don't stand still."