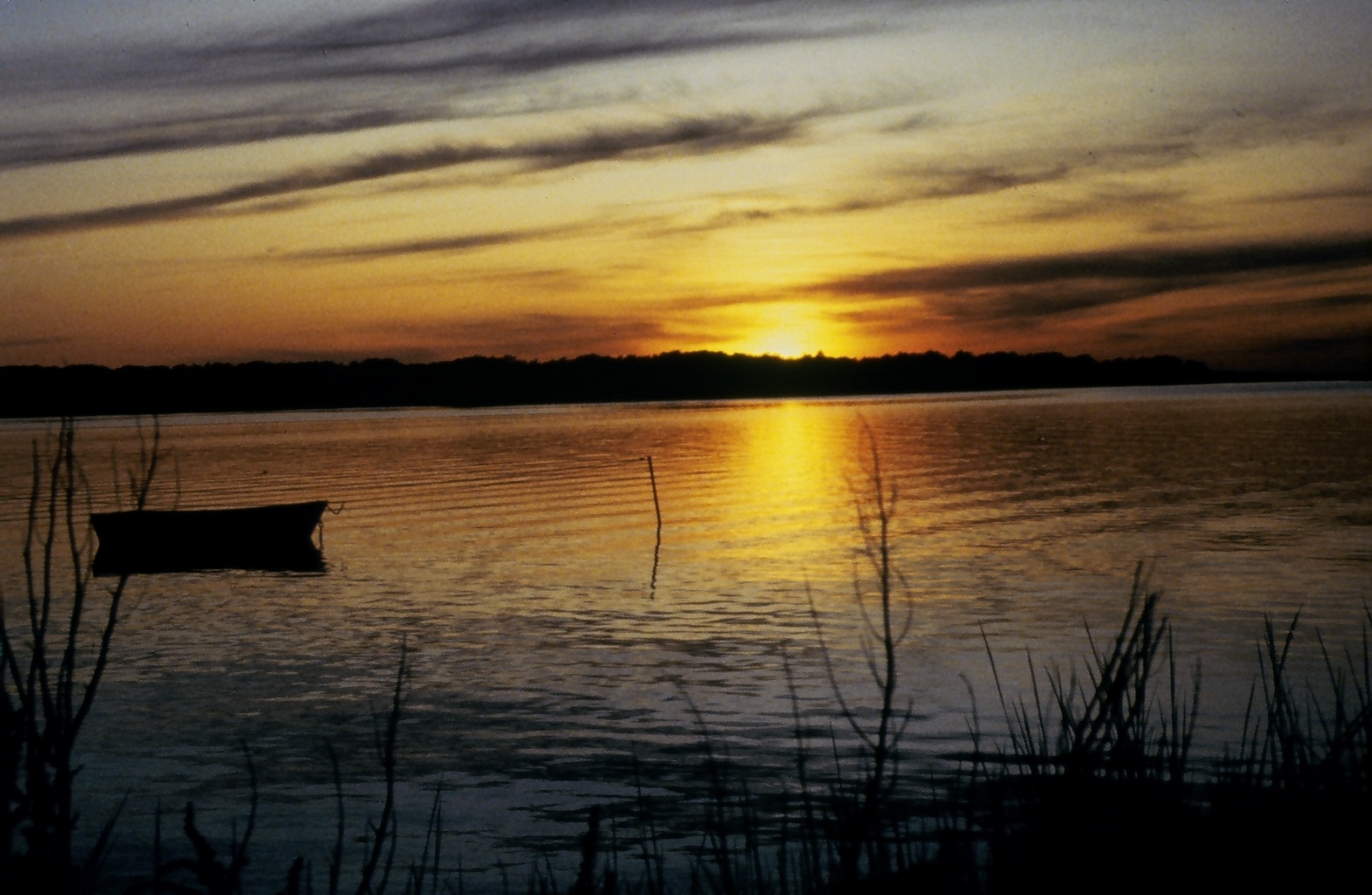 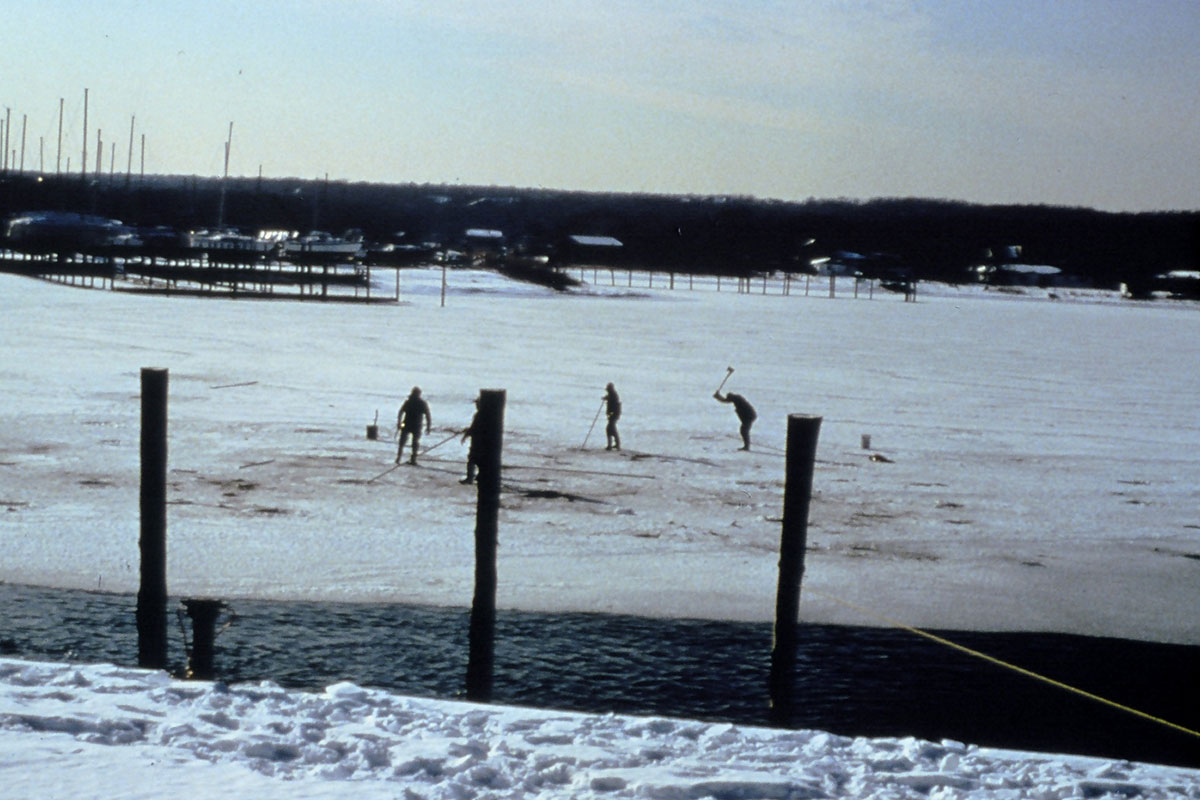 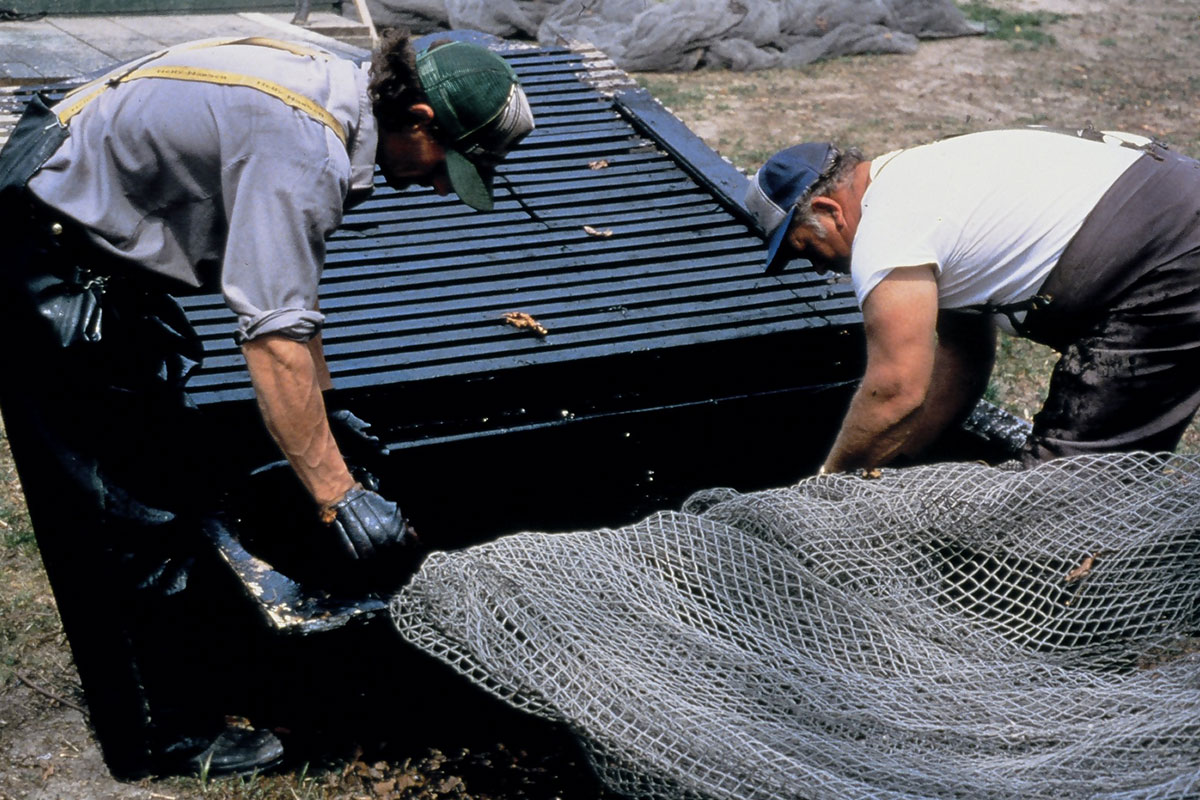 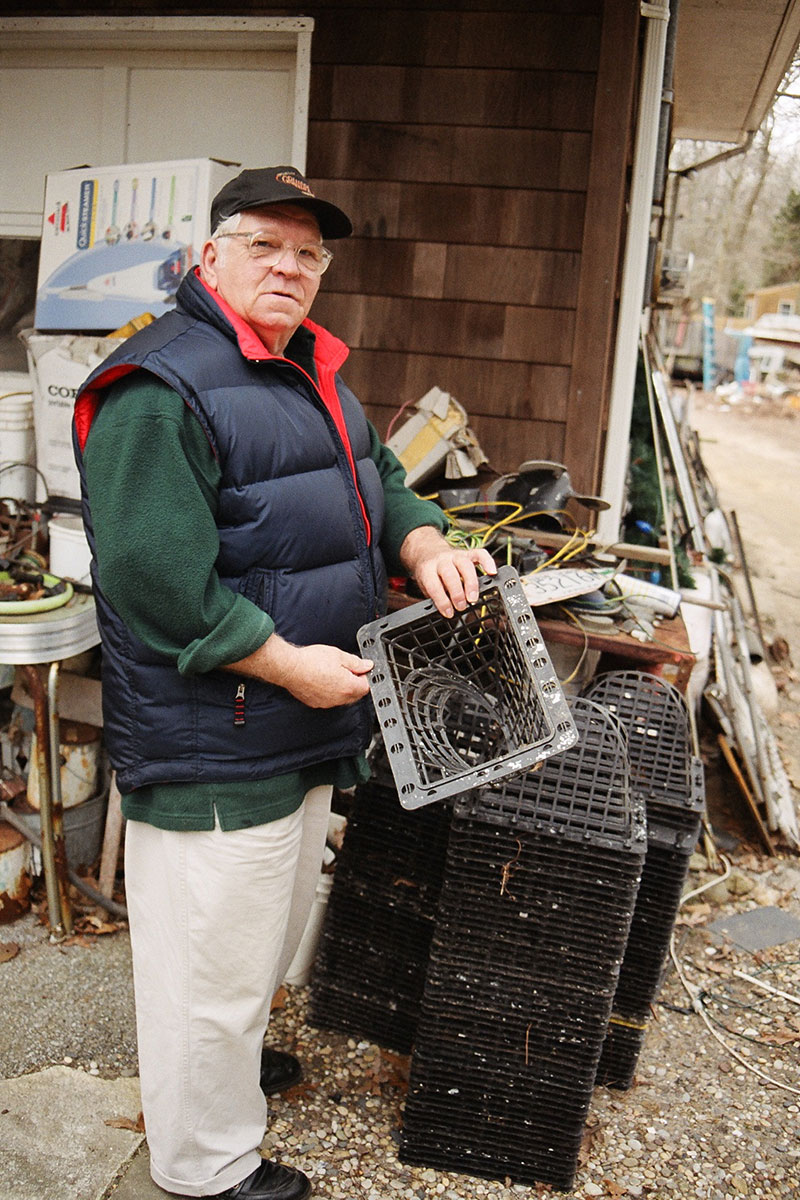 Eastern Long Island, New York, branches into two distinct land masses, creating a fish-tail shaped area called either the Twin Forks or the East End. When European settlers arrived there via New England in 1640, they found well-established Algonquin Native American tribes who taught them where and how to fish in the ocean, local bays, harbors, and ponds.

In the East Hampton area, families engaged in full-time fishing became known as "Bonackers," after Accabonac Harbor. Fishermen caught fin fish with pound nets or haul seines, and, depending on the season, they also harvested clams, lobsters, eels, winkles, and scallops, trapped snapping turtles, and even acted as waterfowl hunting guides. As one fisherman said, "You have to be able to fish year-round to make a living on the bay."

As early as the late 19th century, outsiders were attracted to the towns of Southhampton and East Hampton as summer resorts and artists colonies. Large country estates were established, and second home owners and an ever-increasing number of new year-round residents have followed. Today, the East End is a rapidly suburbanizing region. Nevertheless, Suffolk County still has a number of family farms as well as family-run vineyards, horse farms, and greenhouses.

Fishing was already becoming an endangered way of life in the 1980s when the "Men's Lives: The Baymen and Surfmen of Eastern Long Island" project produced an exhibition featuring the work of several professional photographers and a book written by Peter Matthiessen. Many factors contributed to the decline, including environmental hazards, development, regulations on fishing methods, and decreased access to the waterfront. Matthiessen's book called the baymen "tough, resourceful, self-respecting, and...too independent to organize for their own survival." But the East Hampton Baymen's Association, a fishermen's organization, has actually existed since the early 1950s and has been very active in lobbying on local, state, and national levels. Sixth-generation fisherman Brad Loewen is the current president.

The Baymen's Association recently proposed forming a "Department of Commercial Fisheries" for the town of East Hampton to represent local fishermen, support the industry, and preserve the working waterfront. Without such support, according to Loewen, the remaining local commercial fishermen could be out of business in five years, putting an end to an industry that has been culturally, historically, and economically important to Eastern Long Island for centuries.