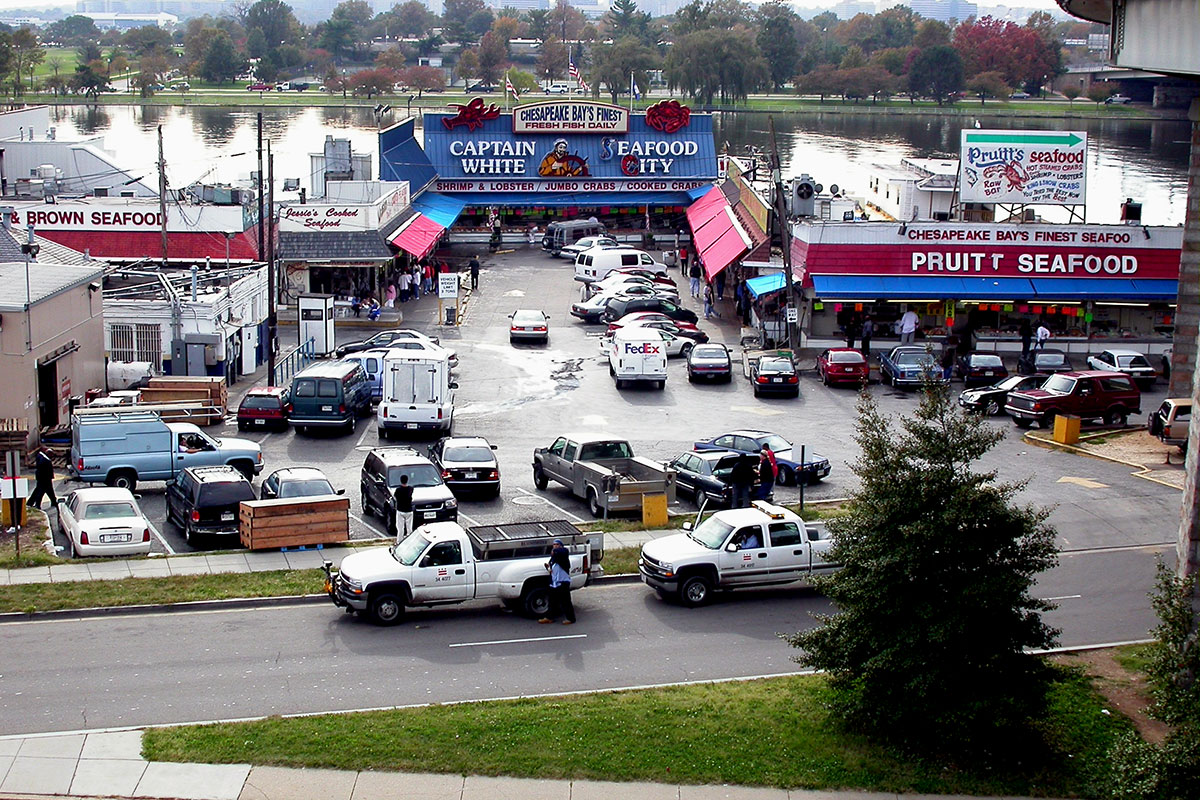 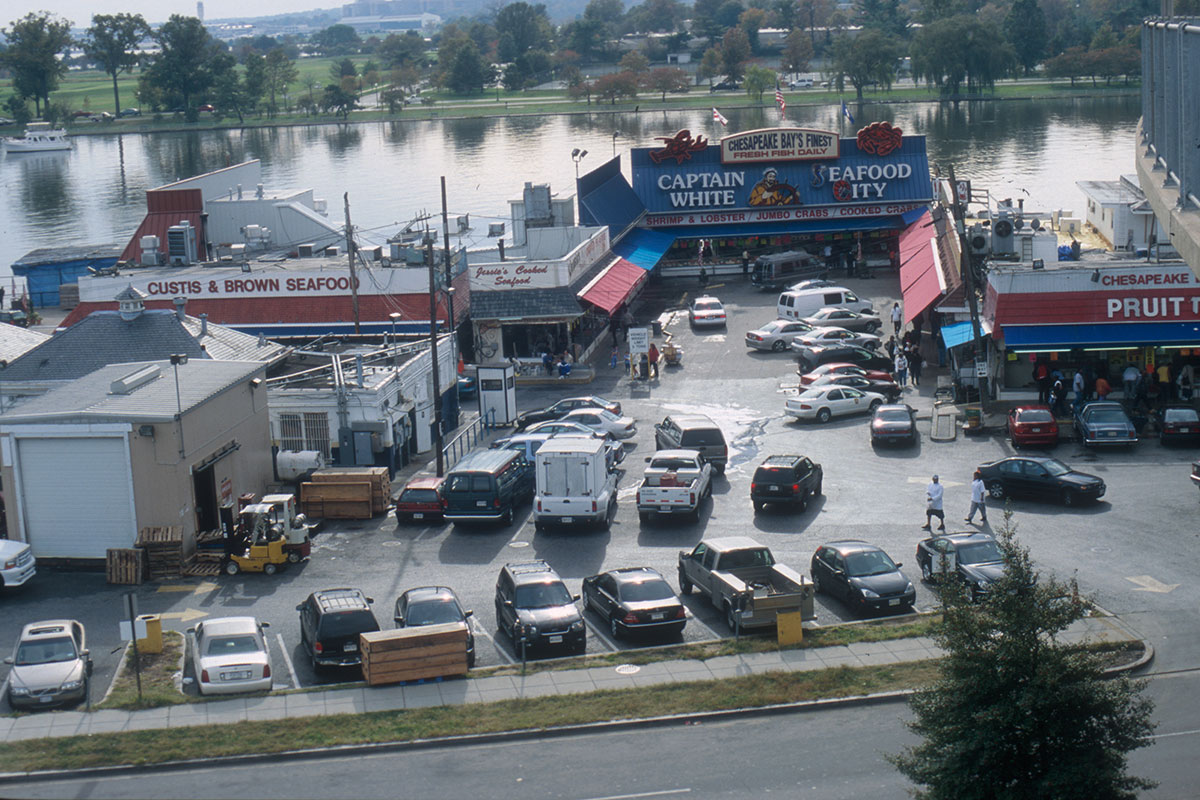 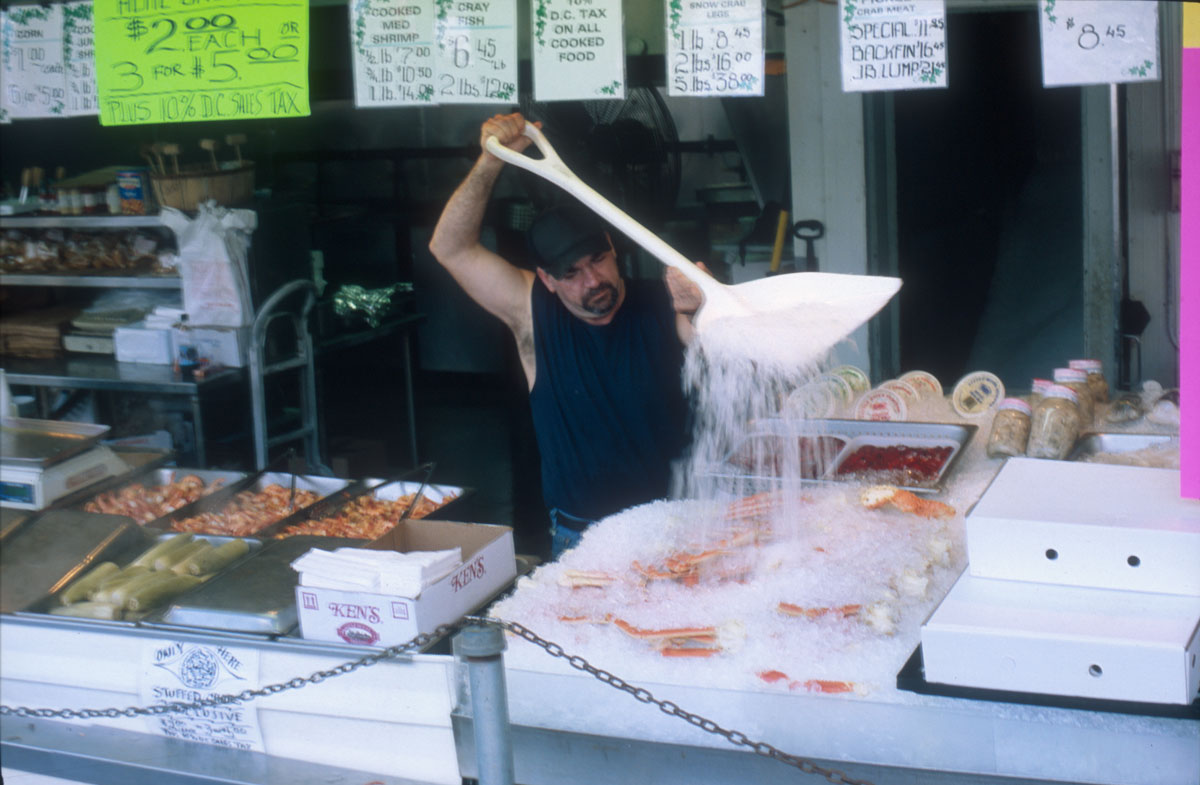 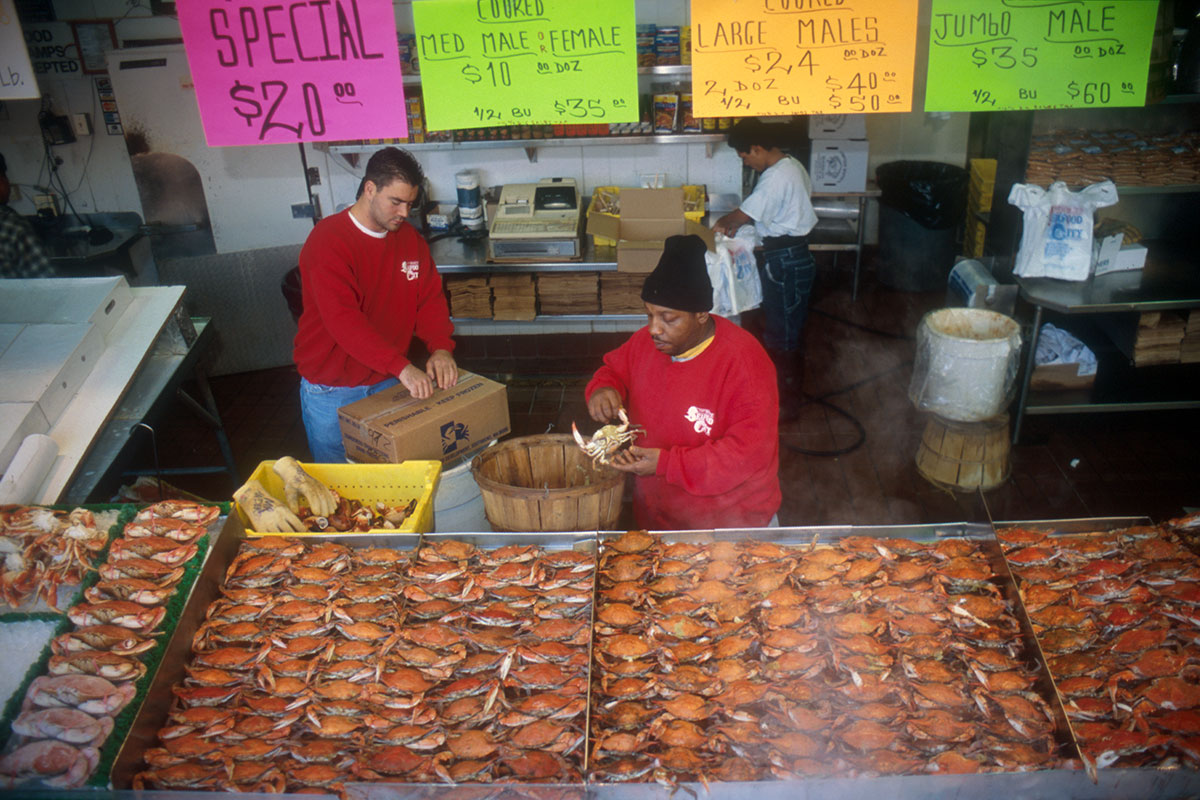 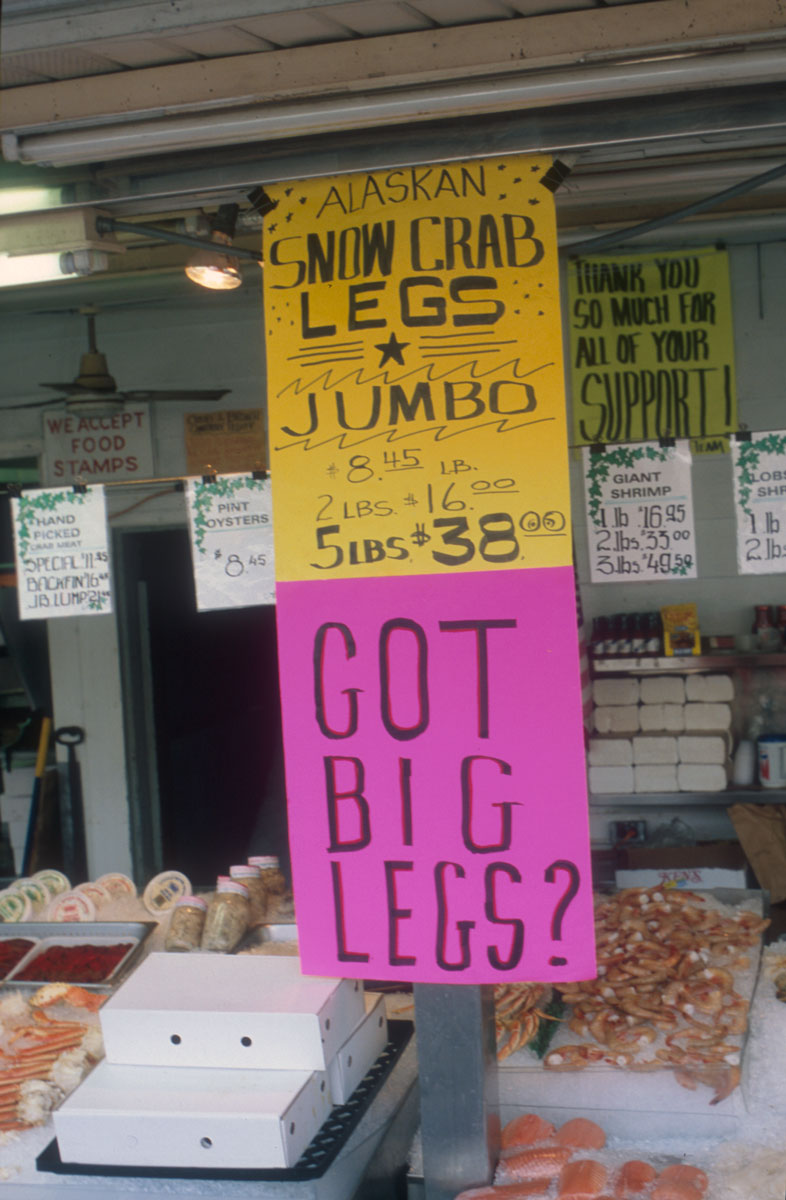 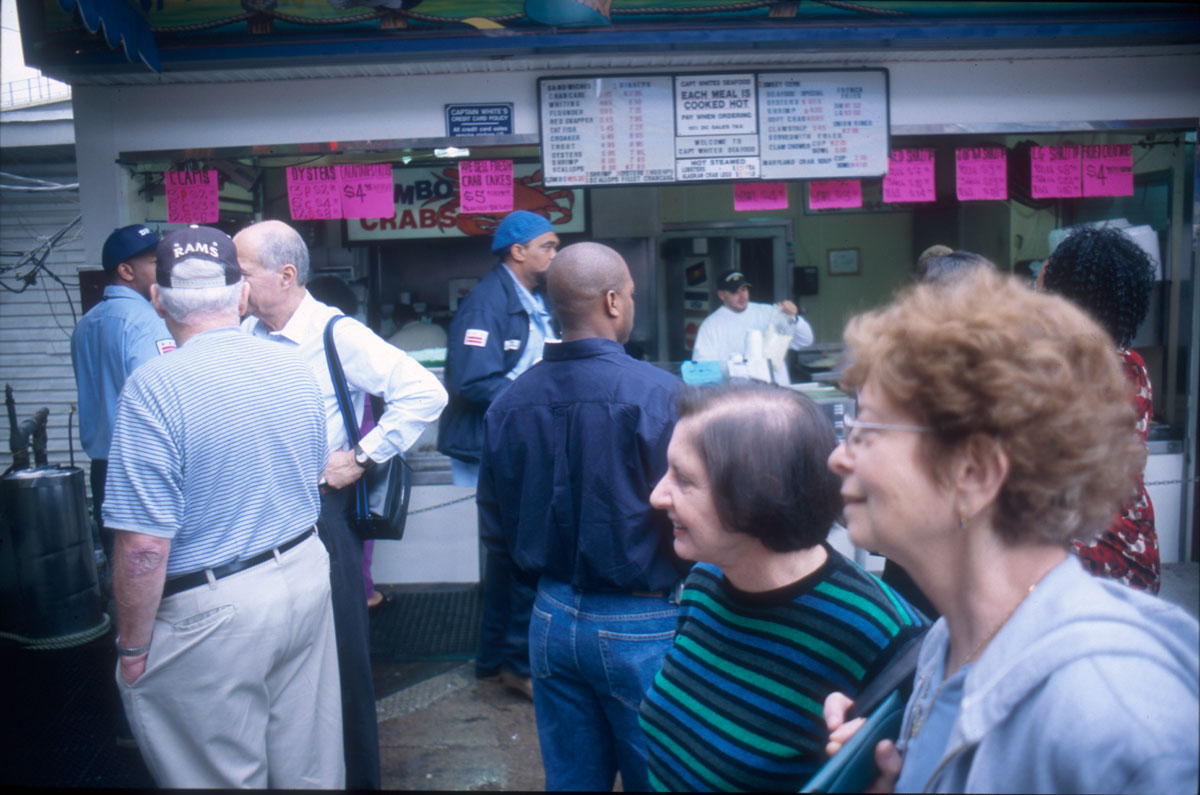 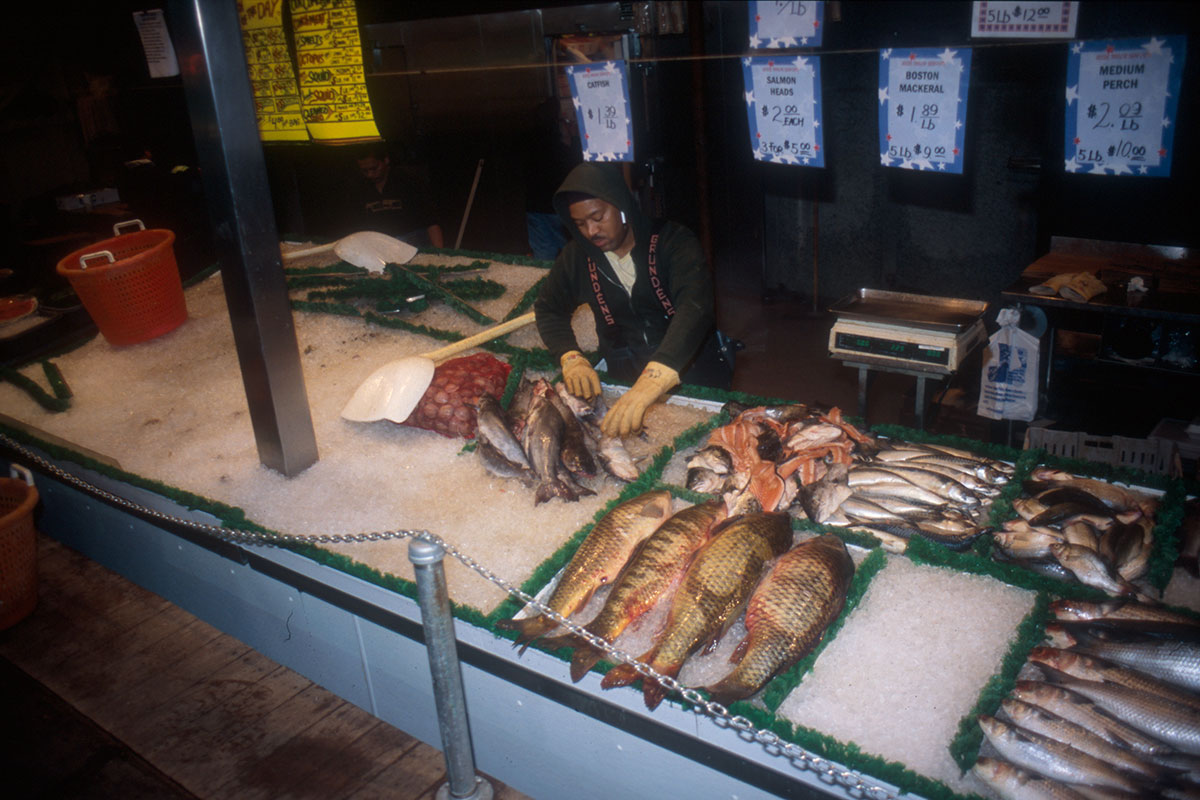 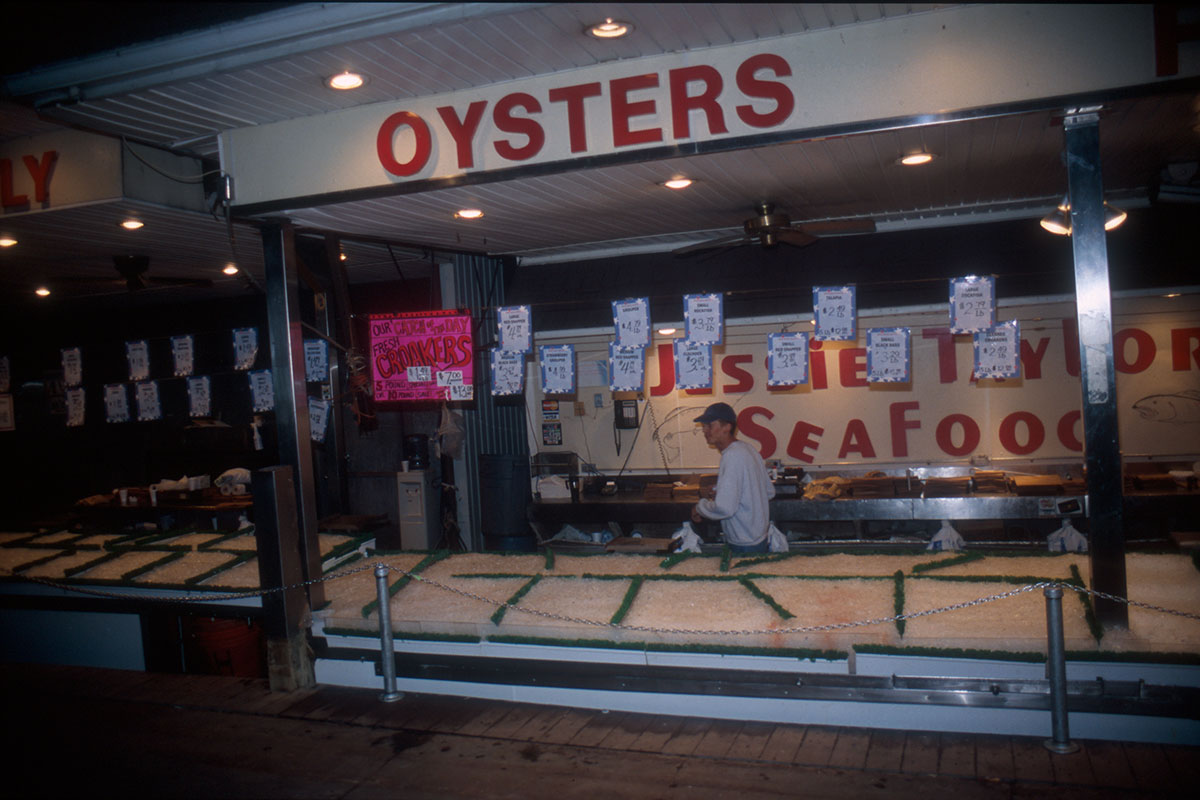 Long view of the Maine Avenue Fish Market, Washington, D.C, showing sales stalls. It is said that there has been a fish market at this location since the days of George Washington.
Another view of the Maine Avenue Fish Market. Note how stalls are actually floating barges in the Washington Channel.
Maine Avenue Fish Market workers shovel ice onto the specially designed trays to keep the day’s offerings fresh.
Blue crabs are a popular sales item at the Maine Avenue Fish Market. Although they are the Maryland “state crustacean” they often come from New Jersey or North Carolina instead.
Colorful signs, often with humorous slogans, attract customers and advertise types of fish for sale.
A large lunch crowd comes to the Fish Market to buy cooked food available at some stalls. Weekends attract big crowds, many of them immigrants looking for fish similar to those they cooked and ate in their home countries.
A fish stall is secured for the evening, to be opened early the next morning.
Fish are packed away into refrigerators for the night, and ice is removed.

The Fish Market is located off Maine Avenue on the Washington Channel, a waterway of the Potomac River. Fish-selling stalls are housed on floating barges tied to a pier. Six companies sell fresh seafood, steamed crabs, and some prepared foods such as chowder and fish sandwiches. 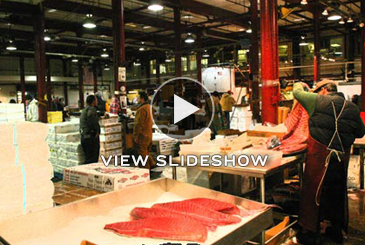 Every morning of the week, beginning about 6 a.m., fish-market workers set up their wares on stainless steel tables in several layers of cracked ice. Sellers display fish attractively to lure customers. Many workers are from the Eastern Shore of Maryland and Virginia and work in two-week shifts, staying in floating apartments the companies maintain on site.

The most famous and sought-after item at the Fish Market is the "Chesapeake Bay blue crab." Due to smaller catches in the Chesapeake, blue crabs nowadays often come from the Delaware Bay, from North Carolina, or as far away as the Gulf of Mexico. 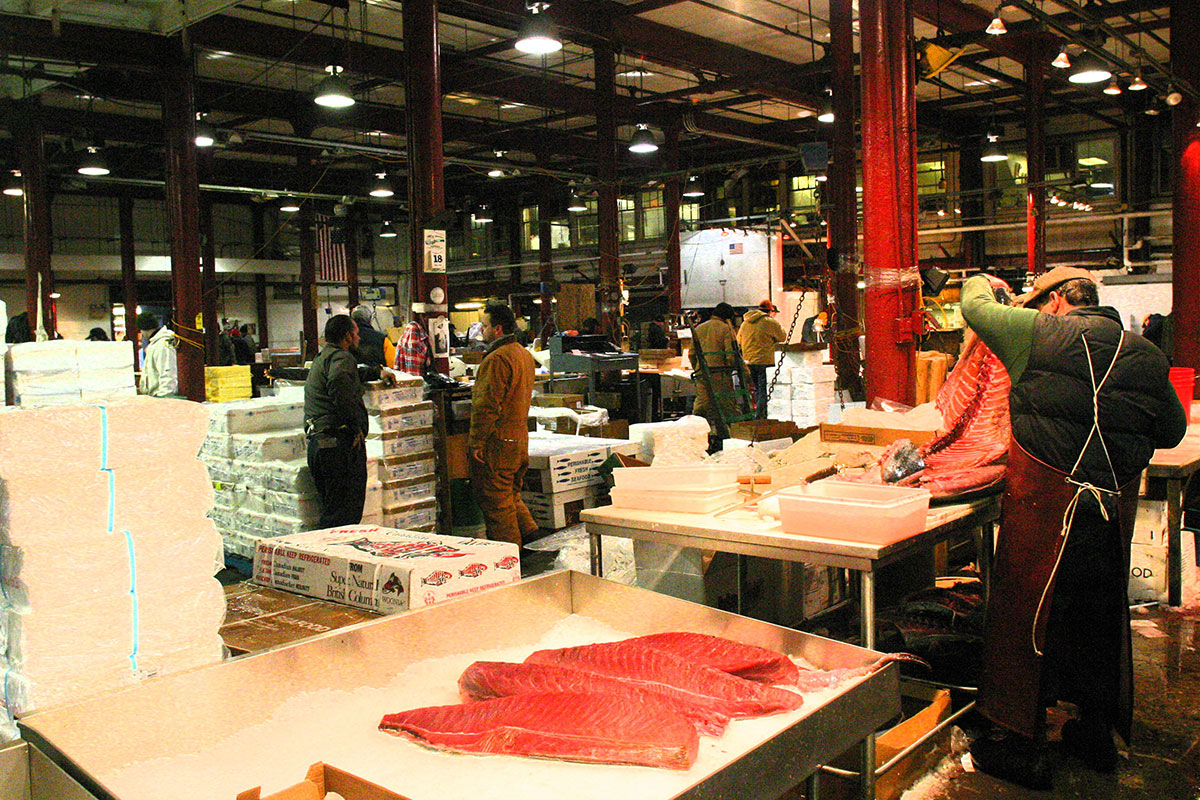 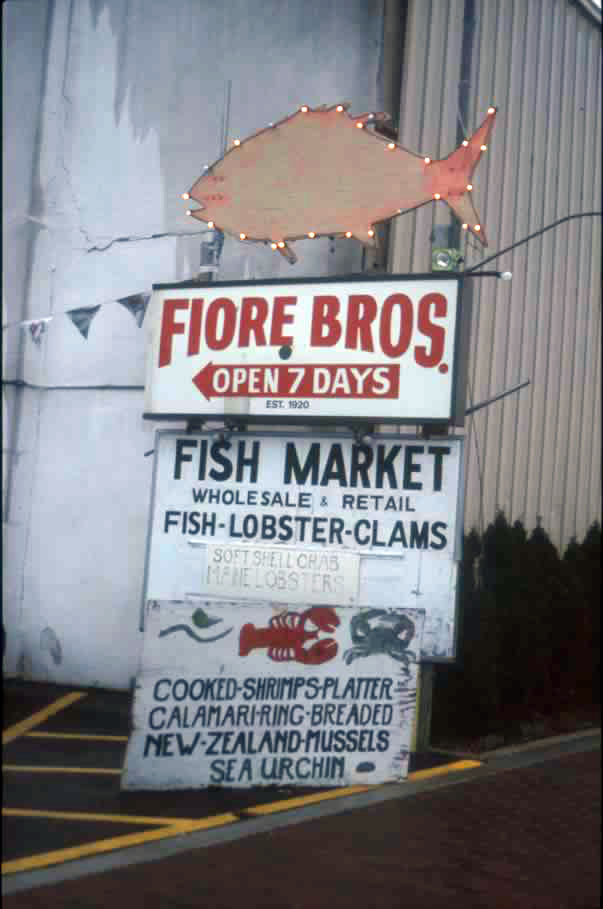 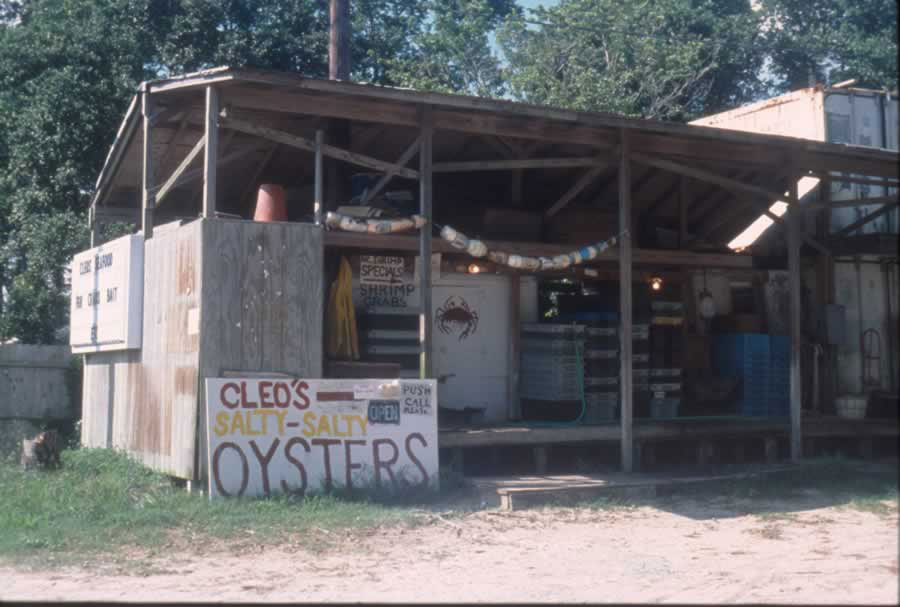 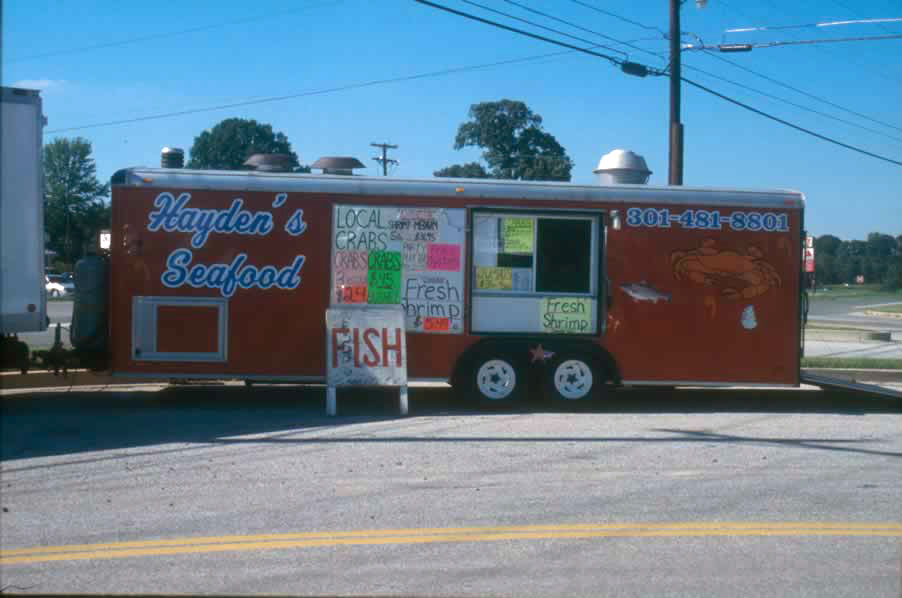 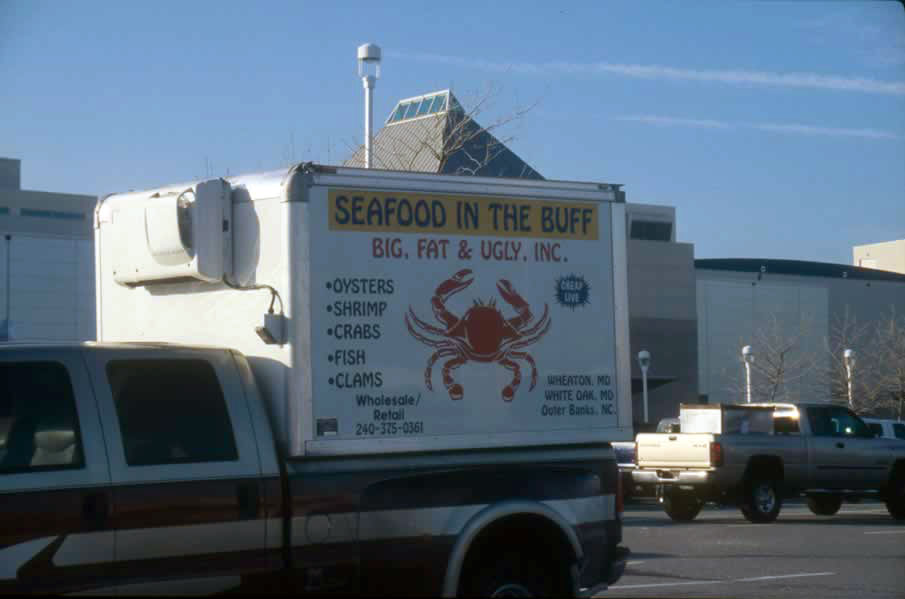 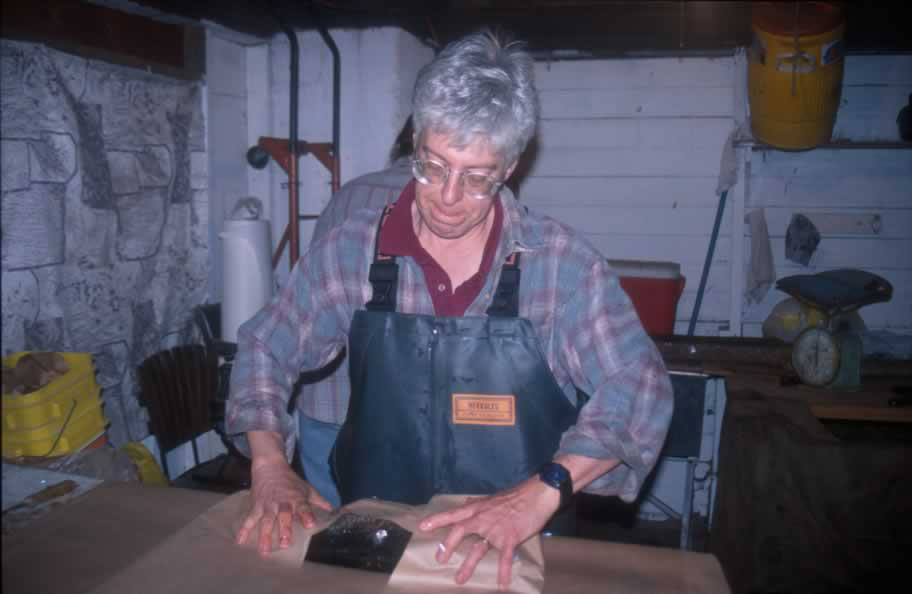 The Fulton Fish Market in New York City dates from 1869, when the first permanent building was erected on South Street. Fish are displayed in the open on stands and in boxes that extend onto the sidewalk.
The Fiore Brothers Fish Market in Freeport, Long Island sold fresh and cooked seafood, much of it caught in the local waters of the Great South Bay, until its recent closing.
Small roadside fish stands like this one in Tyrrell County, North Carolina, sell local seafood in season.
This trailer was parked at a flea market in St. Mary’s County, Maryland, selling fresh and cooked seafood from the Chesapeake Bay and beyond.
Seafood company trucks in the Chesapeake Bay region often use the crab as their symbol. Trucks deliver seafood to fish markets, supermarkets, and restaurants.
At the Lewis Fishery in Lambertville, New Jersey, Sue Meserve sells the daily catch of shad from the area below the family’s fishing cabin during the spring season.

Fish Markets in the Mid-Atlantic Region

The freshest fish in the Mid-Atlantic maritime region is sold from fish trucks, roadside stands, family-owned storefronts and "fish houses," and much larger urban markets. Fishermen used to deliver their catch to such large markets as the Fulton Fish Market in New York City, Baltimore's Inner Harbor, or the Maine Avenue Wharf in Washington, D.C. by boat, but now most fish are delivered by truck. Now that many maritime communities have become populated by seasonal tourists, vacationers and retirees who eat more fresh fish, and there are less commercial fishermen who often have smaller catches, there is a trend back to selling the catch locally instead of shipping it to the larger markets. You can find fish from all over the country, as well as sometimes from all over the world, at the larger markets.