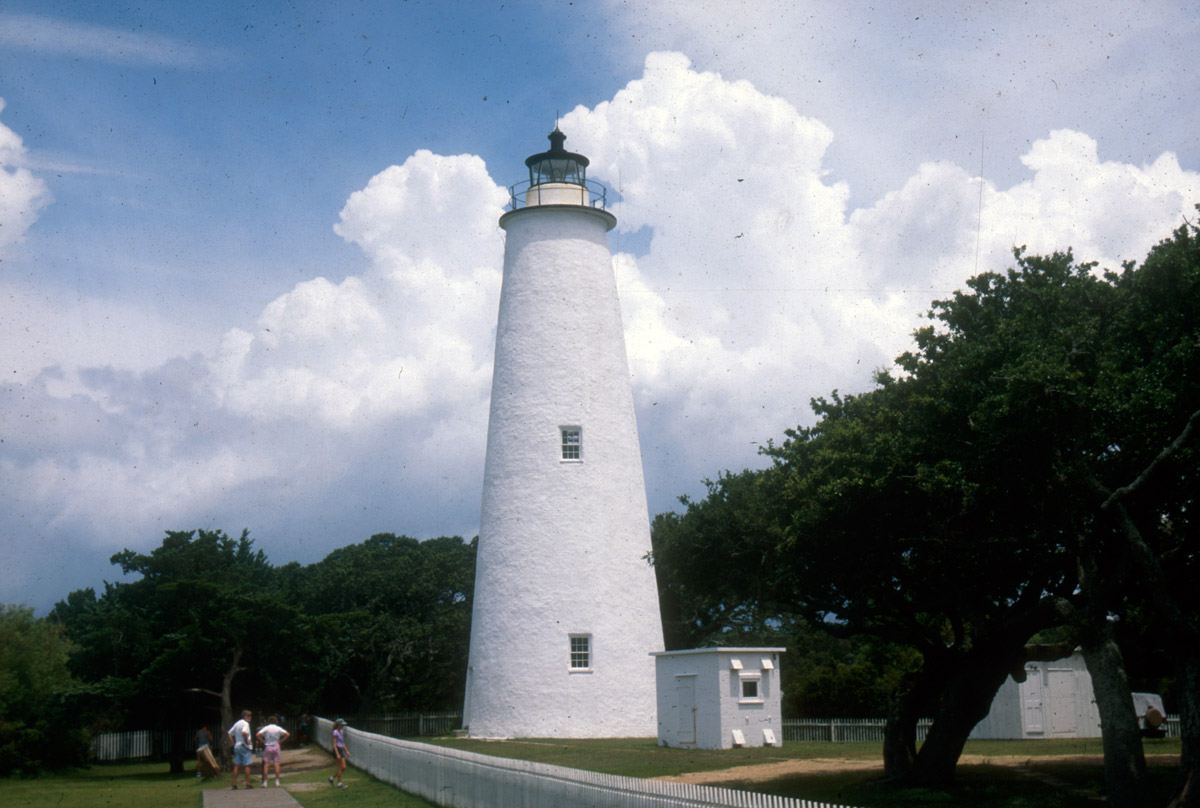 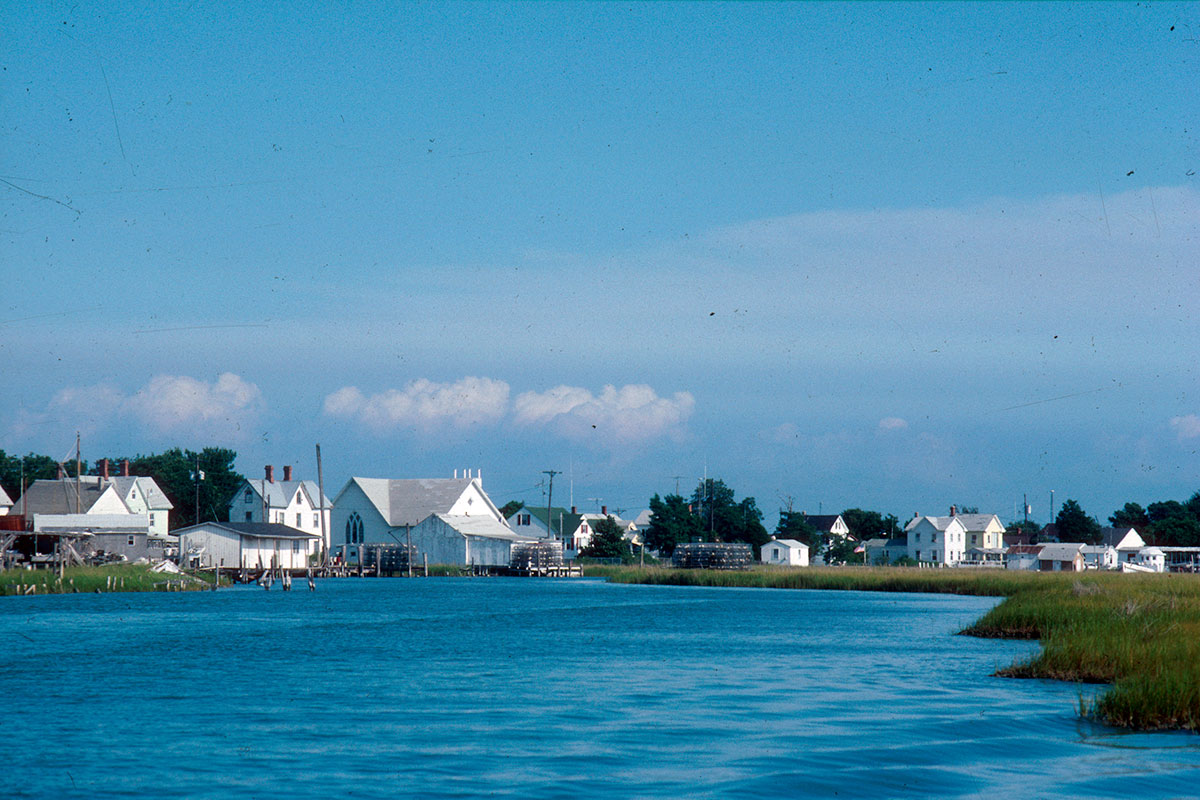 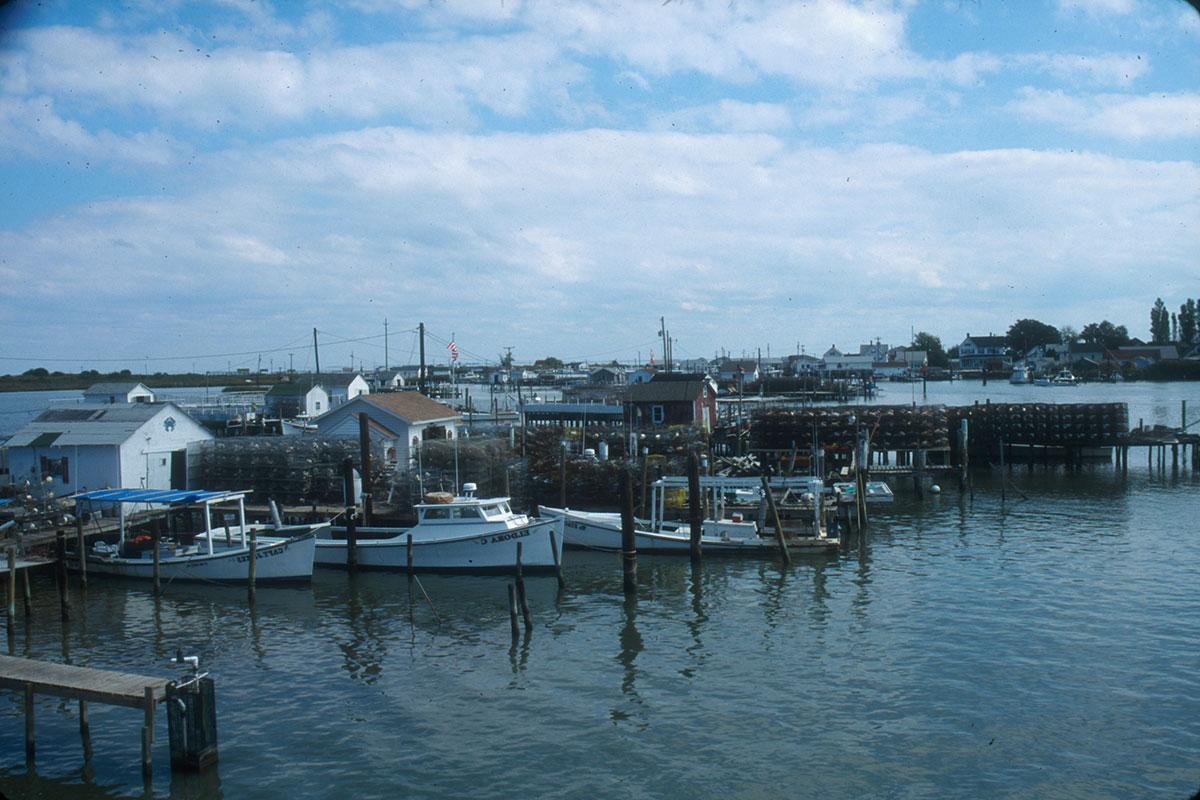 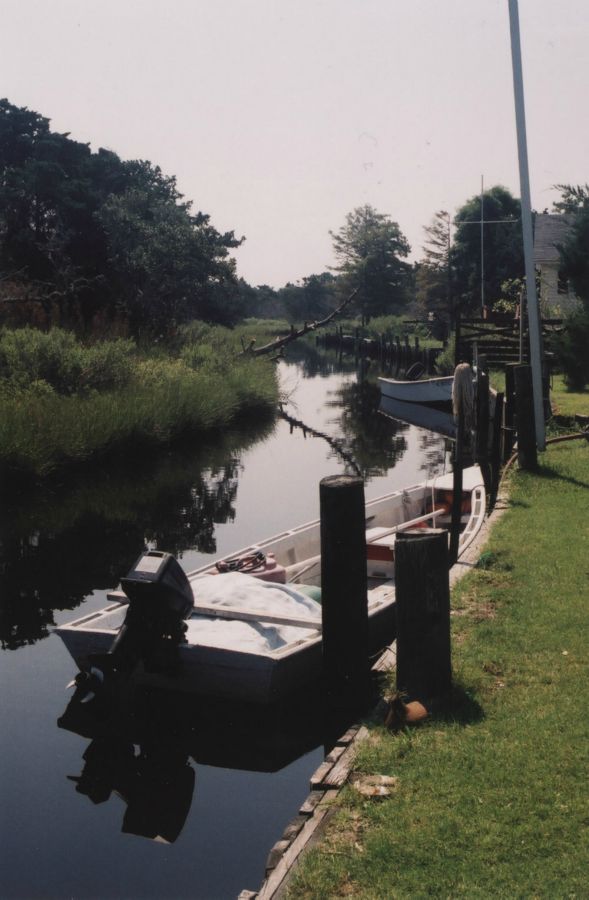 The Ocracoke lighthouse, built in 1823, is photographed by thousands of tourists every year.
Fish shacks and soft-shell crab shedding tanks line docks on Smith Island.
The docks at Tangier Island, Virginia.
An Ocracoke resident's backyard, with canal. Such havens of peace still exist in the hustle and bustle of Ocracoke's summer tourist season.

Only three Mid-Atlantic islands remain that have year-round residents. Accessible only by water or air, all three have picturesque charm, and natives have distinctive regional dialects. Everything needed by island residents, from building materials to groceries to the mail, must be brought in by boat (or if need be by air). The rhythm of life has traditionally been slow and governed by the seasons. The water never seems very far (and sometimes it is too close for comfort).

Smith Island, Maryland, currently has a population of under 400 people scattered over three small communities, each with a Methodist Church. The island's elementary school and a modern visitors' center and museum are in Ewell. Tourists visit, but few stay overnight. Fishing is the main business, and the docks around the island are lined with fishing shacks and soft-shell crab operations.

Tangier Island, Virginia, has about 700 residents. The island has a landing strip for helicopters and small planes, and also greets visitors via boat from mainland Maryland and Virginia. Visitors can buy a map of the island (which includes recipes for local favorites such as crab cakes) to guide their walking tours along residential streets, passing ancestral graves in some front yards. Family-style meals are available at Mrs. Crockett's, and a few shops offer postcards and souvenirs. Tourism is a slightly larger business here, but fishing is still very important.

Ocracoke, which boasts a long, wide, and sandy Atlantic Ocean beach (part of the National Seashore System), is a narrow island with one village. In the summer, it is crowded by tourists, many of whom come via ferry from Hatteras or Cedar Island. Popular themes in the souvenir shops and restaurants that line village streets are pirates--inspired by Blackbeard, who lived on the island-–and shipwrecks-–over a thousand lie off the island's coast. A small herd of "banker ponies" once roamed the island but now must be penned. A small museum near the ferry landing interprets Ocracoke's maritime culture, but in reality, commercial fishing is disappearing fast from the island.

During the winter months, Ocracoke's residents take a break from serving tourists and have time to reflect on their temporarily peaceful island home. As one resident says, "We've got more people here all the time. It's good for the economy, but I don't know if it's good for the spirit."