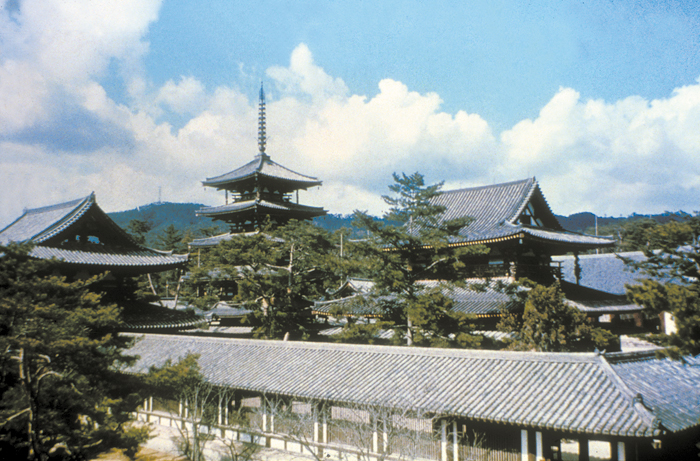 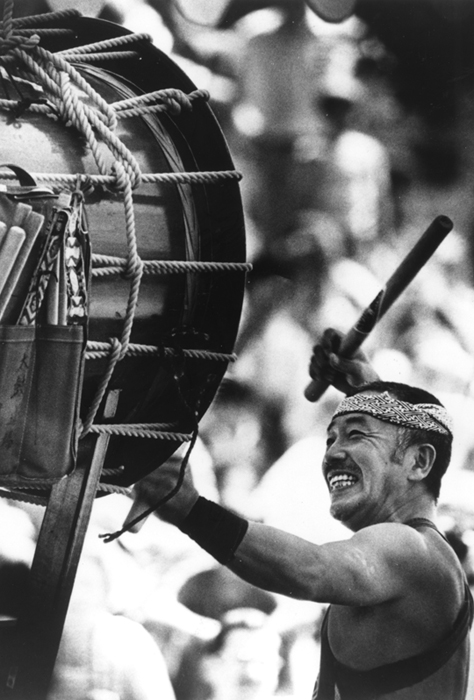 The Horyuji temple complex in Nara is the world's oldest surviving wooden structure. Its invaluable treasures include one of the largest collections of <i>gigaku</i> masks, now housed in a special museum in Tokyo. Horyuji was the first UNESCO World Heritage Site named in Japan.
Photo courtesy the International Society for Education Information (ISEI), Japan
Taiko drum Grand Master Seiichi Tanaka was given a National Heritage Fellowship by the National Endowment for the Arts in 2001. The Heritage Fellowship program was inspired by the Living National Treasures program begun by the Japanese government.
Photo courtesy The National Endowment for the Arts

Why do we preserve our cultural treasures, and how do we define what cultural treasures are? In Japan the objects in the imperial treasure house, the Shosoin, reflect a rich and cosmopolitan period of Japan's history. Their preservation connects the Japanese with their ancestors. In addition, because so many objects come from elsewhere along the Silk Road, they acknowledge the importance of the enormously active cultural interchange in a large portion of our world in the 7th–10th centuries.

A unique aspect of the Japanese reverence for their cultural traditions is a government program, started in 1950, that recognizes and rewards cultural treasures in the broadest sense. These treasures include buildings, properties, artworks, living traditions, and artisans. This program has served as a model for other nations and for an international program sponsored by the United Nations Educational, Scientific and Cultural Organization (UNESCO).

Since the middle of the 20th century Japan has emerged as a major industrial and global economic presence. The Japanese embrace of television, contemporary music in all its forms, fashion, fast food, video games, and the Internet is juxtaposed with a strong pride and desire to preserve ancient traditions as a living cultural heritage. The Japanese, as do people around the globe, balance tradition and modernity in an ever-fluid world.