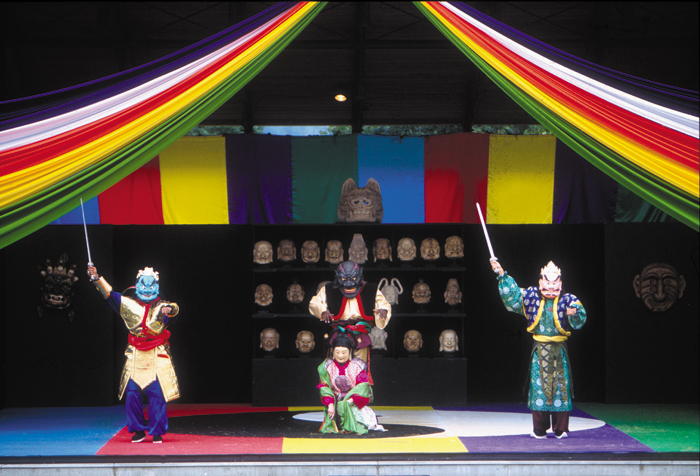 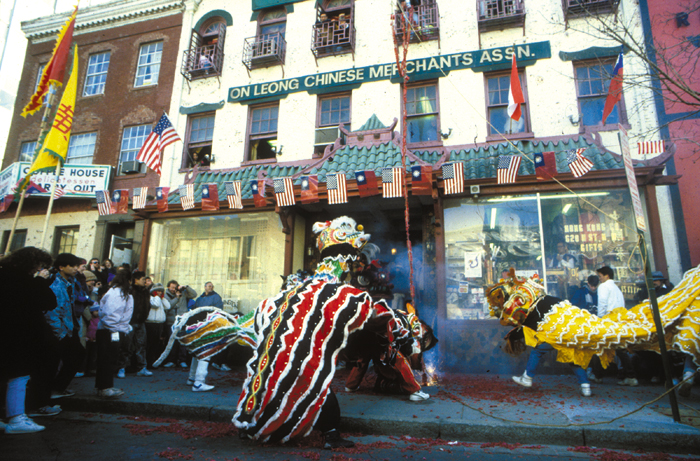 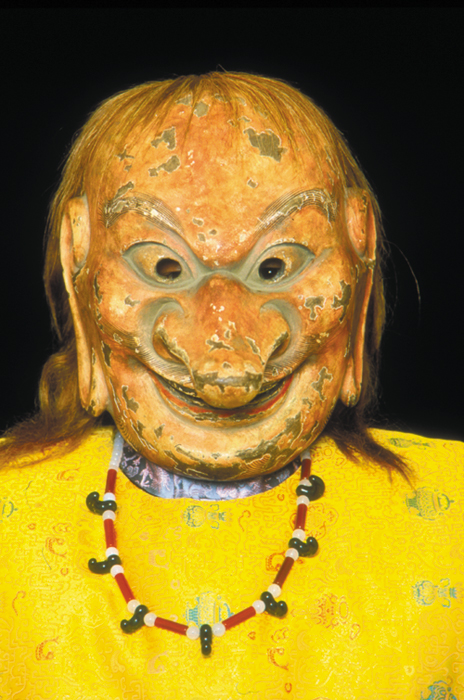 When Todaiji's Great Buddha was dedicated in 752, sixty masked gigaku performers and drummers were part of the celebration. The masked dance form gigaku had traveled northward from India through the western regions of China and eventually to Japan. The masks, each over a foot tall, portrayed lively, often outlandish characters from China, Central Asia, and Iran, as well as Japan. Gigaku masks were often used in Buddhist ceremonies. Large masks were popular in Central Asia and China before they came to Japan and were likely used to teach about Buddhism.

After the capital moved to Kyoto, the court became increasingly refined, and the gigaku dances were criticized for their informality. Another dance form, bugaku, that told more courtly stories and used smaller masks eventually became the dance form of the imperial house. Later, even smaller masks were used in Japanese Noh dramas that are still performed today. These forms are strictly Japanese, and, unlike gigaku, do not incorporate as characters the many foreigners who traveled along the Silk Road to Japan.

The Shosoin, the treasure house of the Todaiji Temple, holds one of the best collections of 8th-century gigaku masks in the world. Most of the masks are made of paulownia wood, and it is rare to find such well-preserved wooden objects.