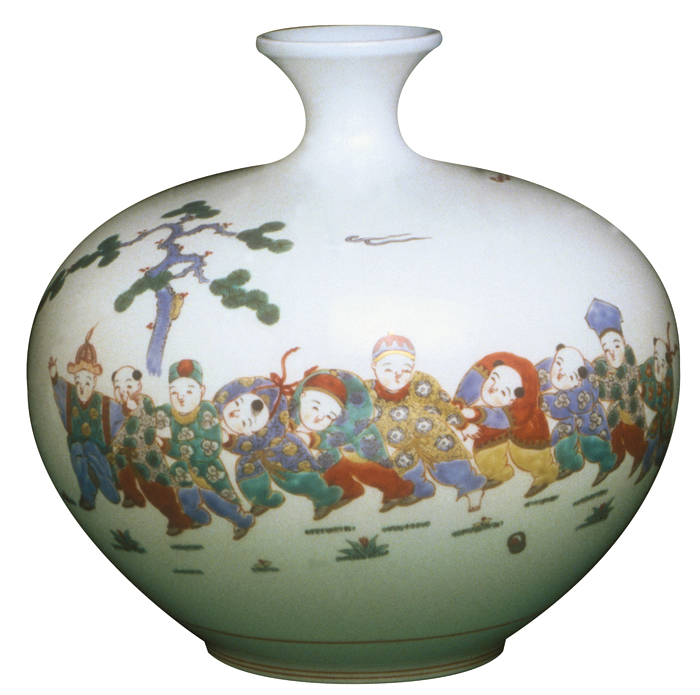 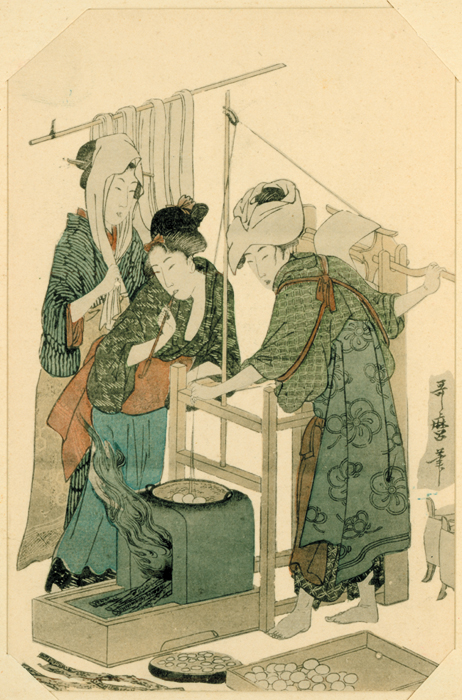 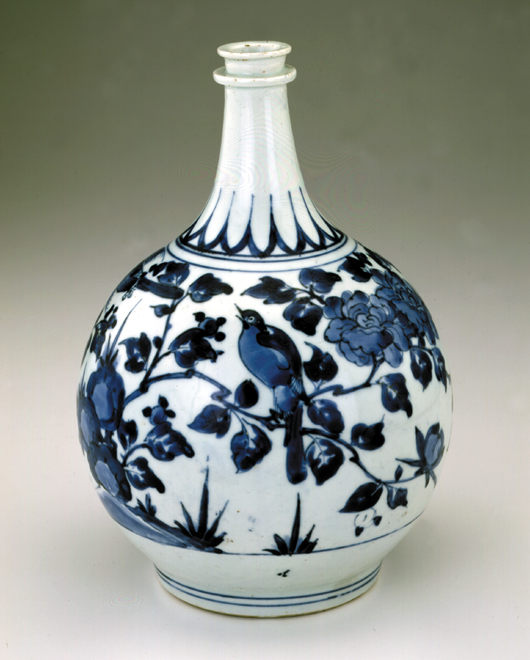 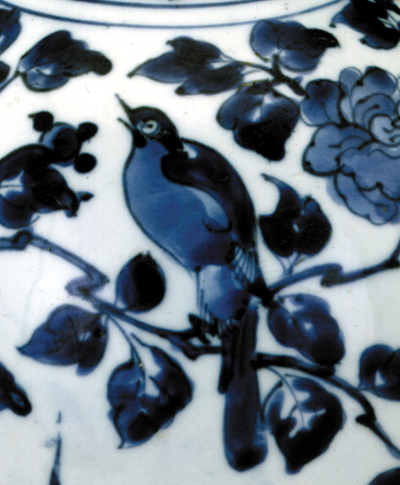 All along the Silk Road the famous Chinese three-color glaze ware was traded. As with any consumer item, different designs and shapes appealed to different customers. You may have seen ceramic horses, women, camels, as well as bowls and pitchers and other shapes. In Japan, these popular ceramics were used primarily during religious and ceremonial functions, and thus most were in shapes that could contain liquid. The Japanese were also enamored of the more subtle green-glazed ware from Korea. When Nara was the capital, the Japanese made green-glazed bowls, dishes, and tiles with technical assistance from Korean potters. Later in the 15th century the Japanese began working with the Chinese porcelain tradition, but by then they had already developed their own ceramic tradition, which is remarkably abstract and contemporary.

Silk has always had a special pride of place in Japan since the emperor of China gave silkworm eggs to the ruler of Japan in the 2nd century C.E. During the 7th–10th centuries, the subtle sound of swishing silk was heard throughout the palaces and monasteries of Nara and Kyoto. Trade with China in silk was robust, although the Japanese developed a thriving silk industry that allowed them to produce much of their own silk. Silk was the preferred material for aristocrats — in Nara aristocratic women copied the fashion of Tang China, but when the court moved to Kyoto, women began to experiment with new fashion, uniquely Japanese. The fashion in Kyoto was the elaborate "twelve unlined robes," which reflected the refinement of courtly life in the new capital. But in the 12th century, when there was yet again civil war and the rise of another powerful clan and a new samurai class, a new style emerged. This style, kosode, is the forerunner of the kimono. While we might now think of kimonos as elaborate, they were far simpler in construction than the fashions worn in Nara and Kyoto. In any event, the best kimonos were made of silk. Hence the name of the kimono is derived from ki, or silk.