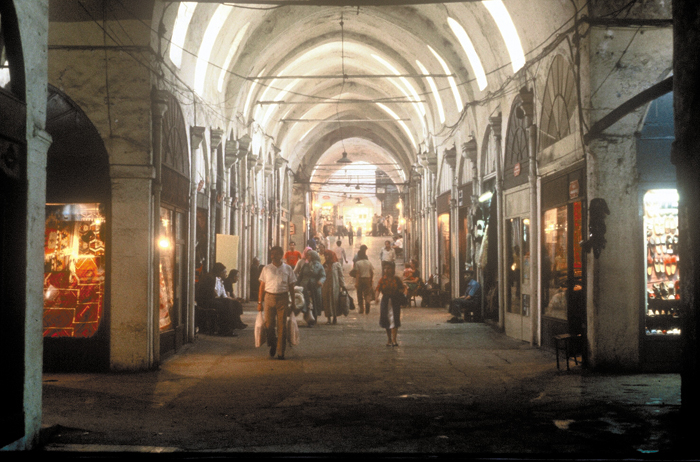 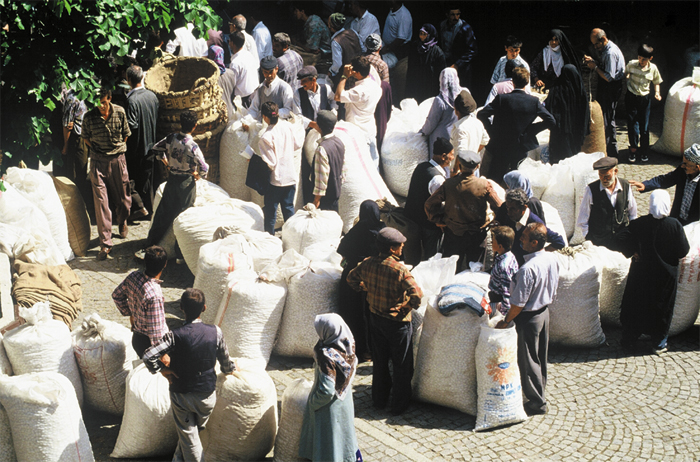 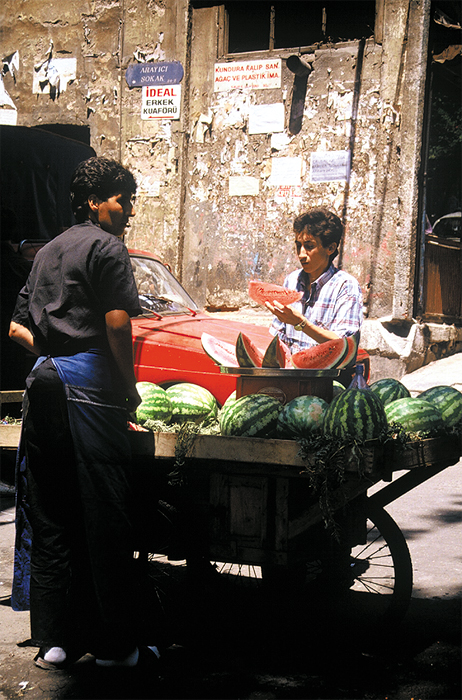 Napoleon said that Istanbul was the natural capital of the world, drawing people from all parts of the globe. Some have come to see the great Christian and Islamic architecture, and some have come to trade and shop. Markets called çarşı in Turkish (bazar in Persian and suq in Arabic) have long been a part of daily life in Istanbul. They still sell regional agricultural produce such as milk and dairy products, sheep, olives, wheat, tobacco and fruit, as well as textiles, paper, crafts, spices, and medicinal herbs.

Founded in the mid-1400s, the most famous market in Istanbul is the Kapalıçarşı (pronounced "kah-PAH-luh CHAR-shuh"), the "Great Bazaar," also called the "Covered Market." Originally a jewelry market, it grew to include sellers of textiles and precious stones, moneychangers, and many other merchants. Caravans with goods loaded on horses and camels could come right into the market. It was described as tranquil and comfortable, with thick walls to keep people warm in the winter and cool in the summer. By the 19th century it contained 1,000 textile shops and some 500 weapons shops. Slaves were sold in the market until the abolition of slavery in 1847. It was like a small city.

The Kapalıçarşı has been modernized over the past decades, and was most recently rebuilt in 1954 after a fire destroyed much of it. However, its plan and structure are basically the same as in the early years of the Ottoman Empire. Currently the market occupies about 100 acres, with 3,000 shops, as well as banks, teahouses, tombs, baths, and craft workshops serving 500,000 people per day. Gold, herbs, spices, hand-marbled paper, books, tea, leather, utensils, and meerschaum pipes are popular items, as are a tremendous number of Western-style manufactured goods. Even today, when negotiating over the purchase of rugs, shopkeepers are expected to offer customers the famous Turkish apple tea. Buyer and seller sip the tea and talk about all sorts of things.