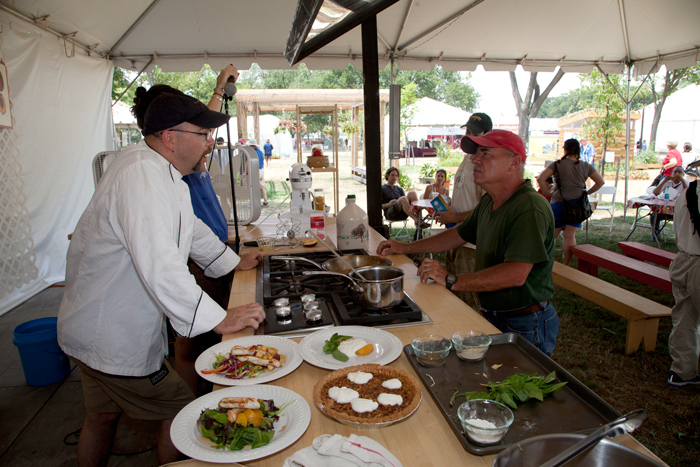 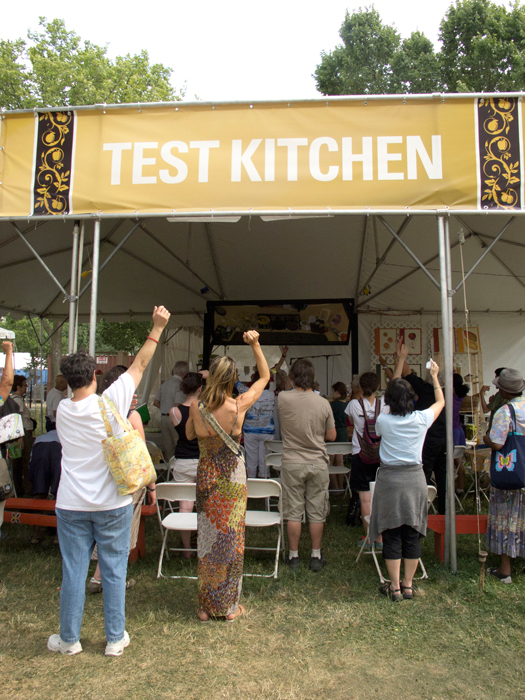 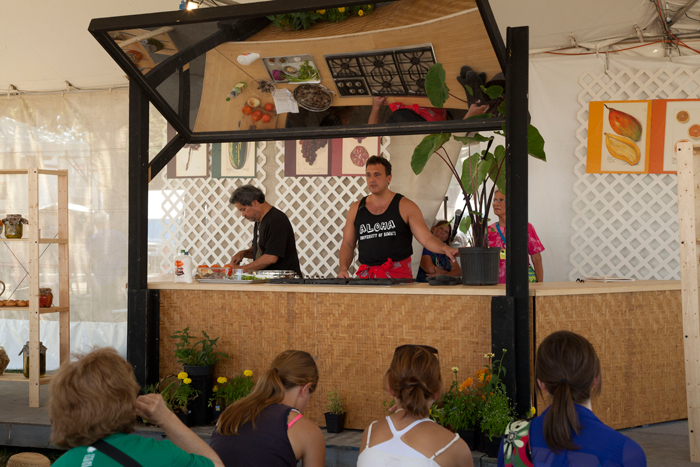 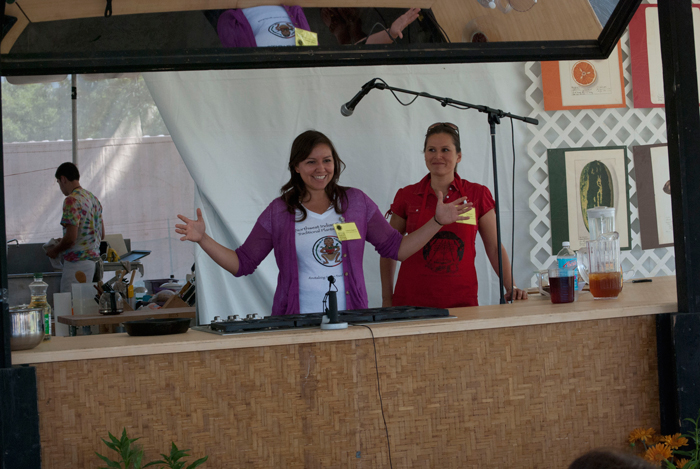 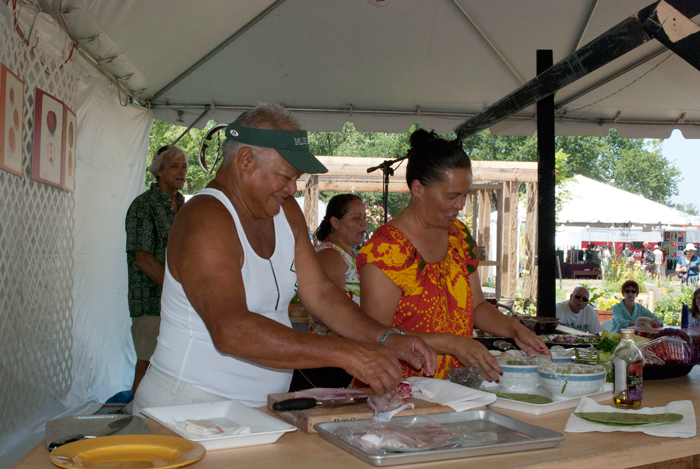 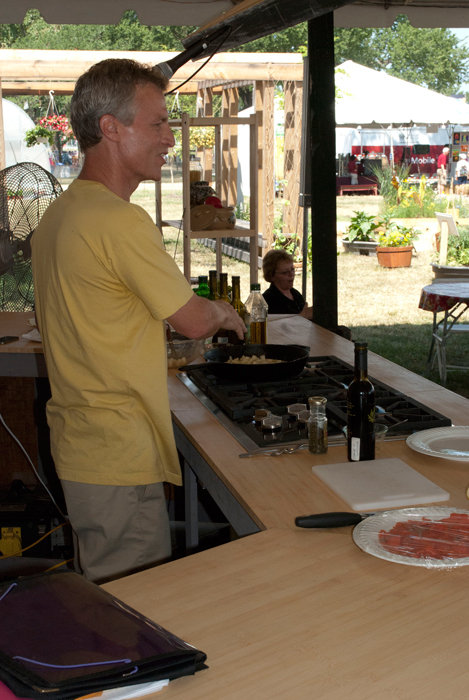 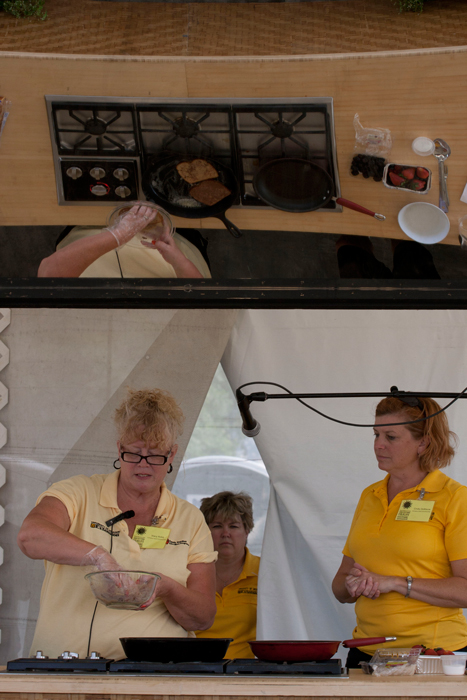 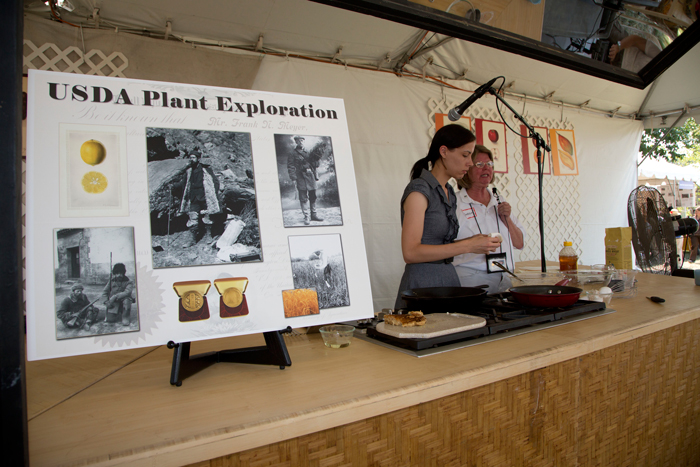 The Test Kitchen at the 2012 Smithsonian Folklife Festival proved that public and land-grant universities and the U.S. Department of Agriculture are home to a surprisingly large range of food cultures. Running six demonstrations a day, this outdoor kitchen was a hub of diverse activities, people, and flavors from the Campus and Community program. Representing a cross-section of the program’s themes, each 45-minute demonstration brought to life the distinctive foodie features and regional traditions from many partners. These included a Kid Chef from the USDA’s People’s Garden, curanderas from the University of New Mexico, and demonstrations for making seasonal zucchini fritters and stomach-soothing oregano tinctures.

Each themed area of the Campus and Community program boasted its own set of seasoned cooks, farmers, and general food enthusiasts. The University of Hawai‘i Extension represented “Building on Traditions” by sharing recipes for taro salad and kale smoothies, highlighting those ingredients’ significance in Hawaiian culture and history. For “Reinventing Agriculture,” the University of Vermont treated visitors to daily maple syrup demonstrations, illustrating the environmental significance and culinary versatility of this locally produced treat. Elaborating on “Sustainable Solutions,” the University of California, Davis, demonstrated simple dishes with California olive oil. One of the most popular demonstrations was “Cooking with Insects,” led by the USDA’s entomology expert Sonny Ramaswamy. Despite the unbearable heat, Festival-goers sat shoulder-to-shoulder learning to make cricket curry and enjoying Ramaswamy’s culinary adventures with midges, mosquitoes, and spiders.

The Test Kitchen not only enabled Campus and Community program participants to showcase their food philosophies, dishes, and stories; it also provided a tasty and sometimes surprising context in which to understand how land-grant universities and the USDA use food to shape and reinforce a sense of community.