The bold ideas and new breakthroughs of more than two hundred students and faculty across nine academic disciplines at the University of Tennessee brought Living Light, a solar-powered house, to life.

The 750-square-foot house draws inspiration from Appalachia’s traditional cantilever barns—from its overhang to the two wooden support cores. Yet, its design is undeniably modern, integrating cutting-edge technologies that enable the zero-energy home to produce more power than it consumes.

Living Light is distinguished by its groundbreaking use of glass. Most zero-energy homes are built with thick walls and few windows. The double façade window system acts as a heating and cooling mechanism in the house. It also transforms its interiors into an inviting, naturally lit space.

Living Light competed with collegiate teams from around the world in the 2011 U.S. Department of Energy Solar Decathlon in Washington, D.C. The house earned commendable marks in several decathlon events, including tying for first place in the energy balance contest, claiming third in both engineering and the use of energy-efficient appliances, and fifth place in architecture. It finished eighth overall.

The house is now a traveling teaching exhibition that showcases how innovative design and solar technology can maximize energy efficiency and sustainability. At the festival, visitors had a chance to tour the inside of the house and learn about its unique features. Living Light’s tour is a collaborative effort of the University of Tennessee, Knoxville, and the University of Tennessee Institute of Agriculture. 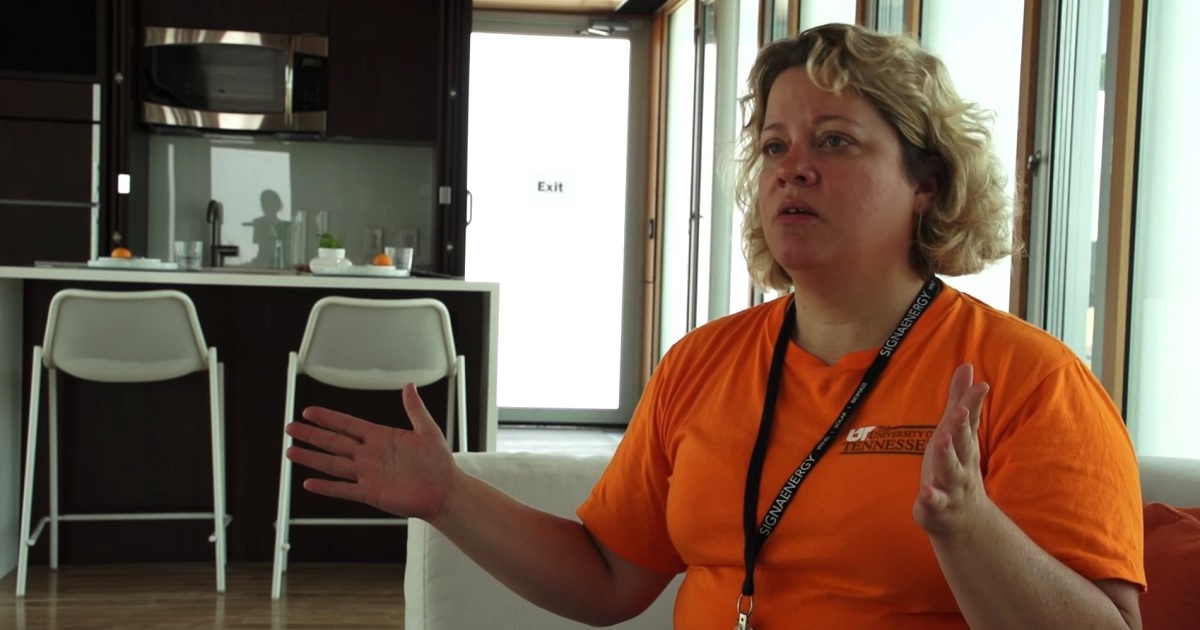 The University of Tennessee brought to the 2012 Smithsonian Folklife Festival a prototype home powered entirely by solar energy called “Living Light.” Through tours and demonstrations, faculty and students showed visitors that solar energy is a viable resource, not just for the future but also for today.