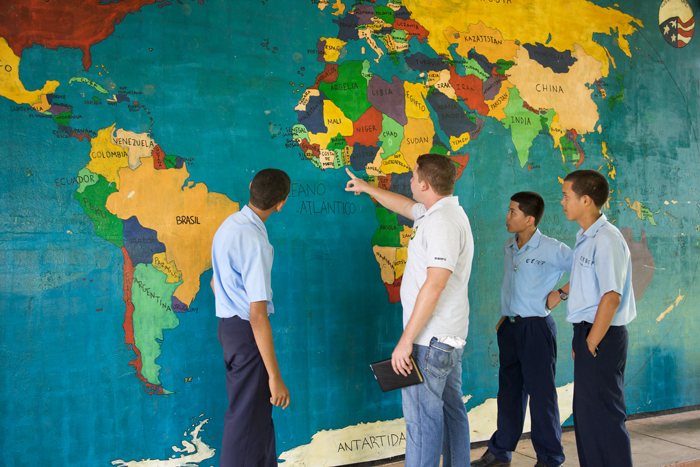 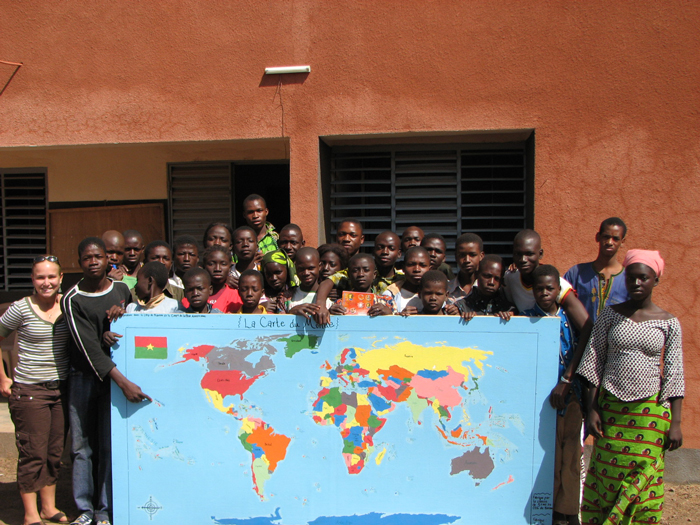 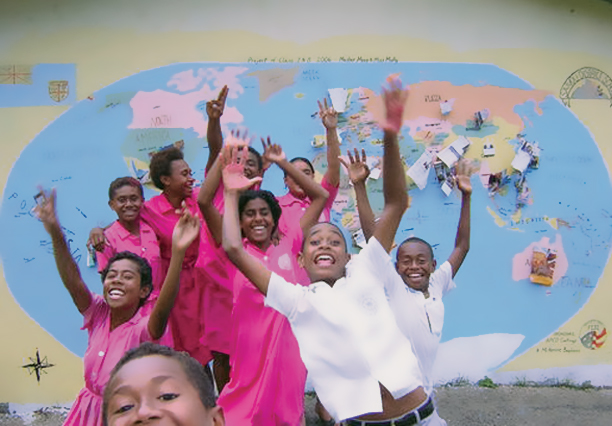 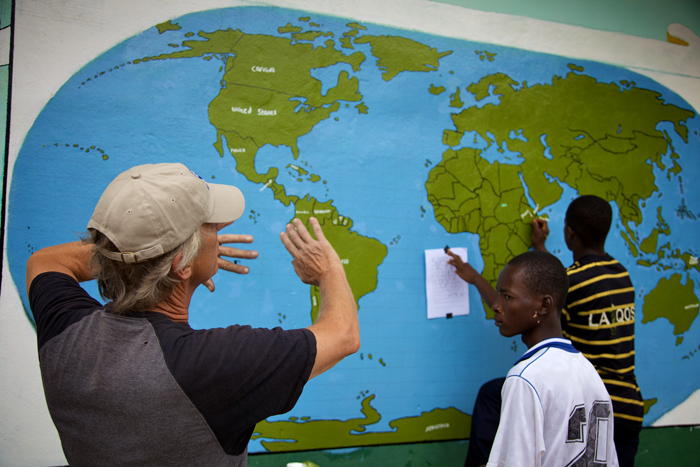 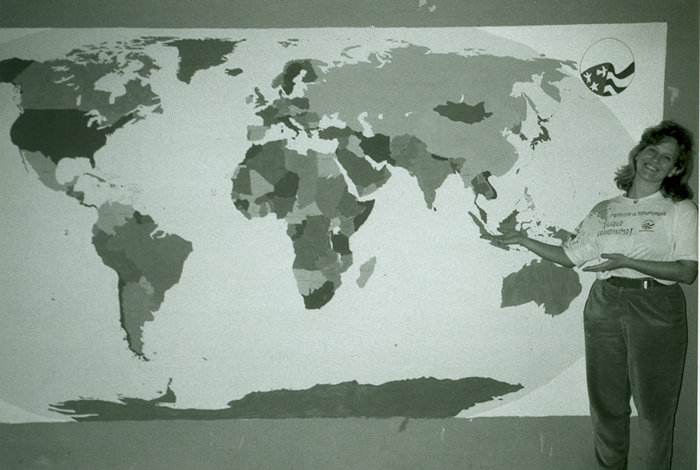 Twenty-three years ago, Barbara Jo White revolutionized the way students learn world geography. When another Peace Corps volunteer suggested getting paper world maps for their classrooms in the Dominican Republic, Barbara Jo realized, “The only way we’re going to get a map to stay on the wall is to paint it there.”

Using the grid method—a centuries-old technique of breaking an image into smaller pieces to make it easier to draw and paint— she created large-scale, colorful world maps on school walls. Now, Peace Corps volunteers around the world work together to produce beautiful learning resources through a process that is both interactive and educational. Today, the World Map Project is so popular that Peace Corps volunteers around the globe use Barbara Jo’s idea to make a difference in the communities they serve.