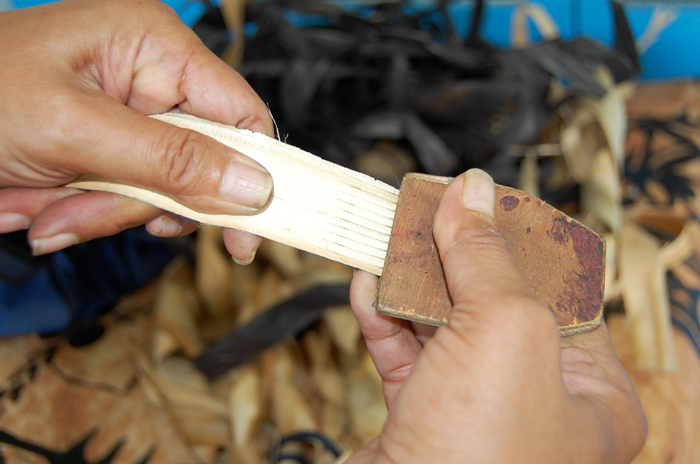 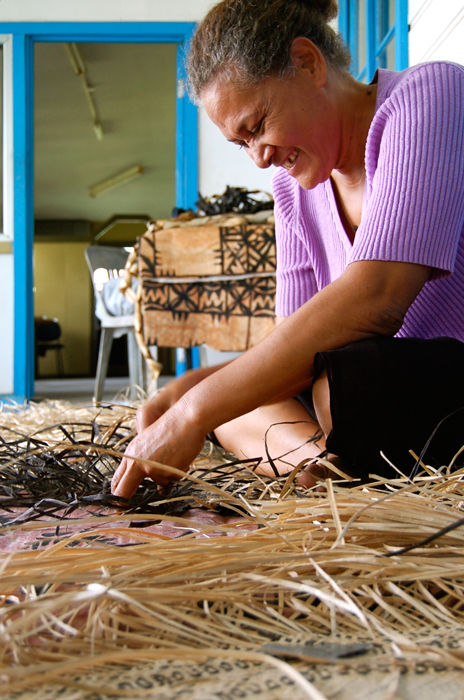 Traditional weaving in Tonga is closely associated with the abundant materials that are found and cultivated on this archipelago of 169 islands in the South Pacific. Most commonly used are lou´akau or pandanus leaves, which range in length from twelve to sixty inches. Tongan women typically weave strips of pandanus leaves into a wide variety of mats primarily for use as ta´ovala, or waist mats, worn by men and women for professional and formal occasions. Women also produce baskets and other goods for tourists who visit the islands.

Elena Borquist Noyes, Tonga, Peace Corps Volunteer
A long-time traveler and an enthusiast of fine art and craft, Elena grew up in the Philippines and later moved to the United States for secondary school. She studied anthropology and studio art at universities in the United States and Brazil. After obtaining her master of business administration degree in the United States, she was accepted to the Peace Corps and now works in business, arts, and handicraft development in the Kingdom of Tonga.

Mele Vaikeli, Nuku’alofa, Tonga
A retired teacher, Mele is a full-time artisan specializing in finely woven patterned weaving. She sells most of her work through Langafonua Gallery and Handicraft Centre, a market that was started half a century ago by the former Queen of Tonga in order to help women develop sustainable livelihoods through the sale of handicrafts. Distinct among gallery members for her fine craftsmanship, Mele is also known for her daring creativity in adapting traditional work with innovative new designs.