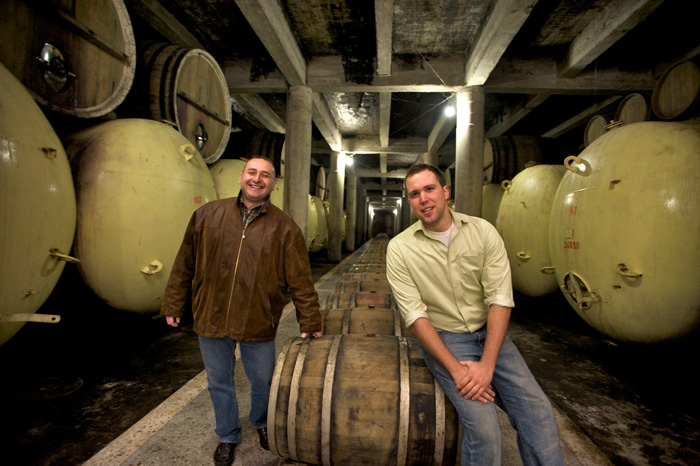 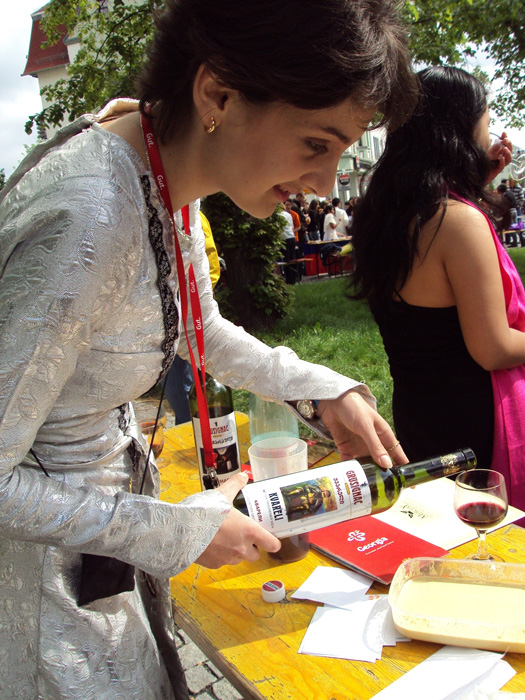 According to many archaeologists, the birthplace of wine-making is the South Caucasus region in general, and the present-day Republic of Georgia in particular. It was there that people first discovered the fermenting qualities of grape juice some seven to nine thousand years ago. Starting around 4000 BCE, Georgians began producing wine with the traditional methods that are still used today: crushing fresh grapes; allowing the grape juice to flow into a kvevri (a large clay pot buried underground); and then letting the juice ferment for weeks, months, or years (depending on the variety of grape). Although many contemporary wine-makers use more modern equipment, such as vats made of steel rather than clay, the tradition of wine-making remains an integral part of Georgian culture and identity.

Peace Corps volunteers such as Johnny McRae are working with wine-makers such as Lili Useinashvili to help promote their products and to bring recognition to one of Georgia’s oldest traditions.

Johnny McRae, Republic of Georgia, Peace Corps Volunteer
Johnny is a business and social entrepreneurship Peace Corps volunteer. He works as a marketing consultant for a Georgian winery and with a local tourism company. His company works on finding ways to tell the world about the distinctive wine native to a land of rich soil, festive song and dance, and unrivaled hospitality.

Lili Useinashvili, Tbilisi, Georgia
Growing up in Kakheti, the eastern part of Georgia well-known for its wine production, Lili has been exposed to Georgia’s ancient wine tradition for her entire life. As a young girl she often helped her grandfather on his vineyard. She worked in marketing for the Corporation Kindzmarauli winery and is currently studying business administration. Her experiences have also led her into work with the Peace Corps.