Occupying a significant swath of the western edge of the United States, facing the Pacific, and emerging from a historically significant exchange with Latin America, California is a crossroads. It continues to be shaped by the conflict, creativity, and energy of people creating a home in a region whose cultural and social ground is as ever shifting as its geology.

Today, at a time when public discussion around immigration is clamorous, one in four immigrants in the U.S. lives in California. No single racial or ethnic group forms a majority in the state, and foreign-born residents represent more than a quarter of California's total population. 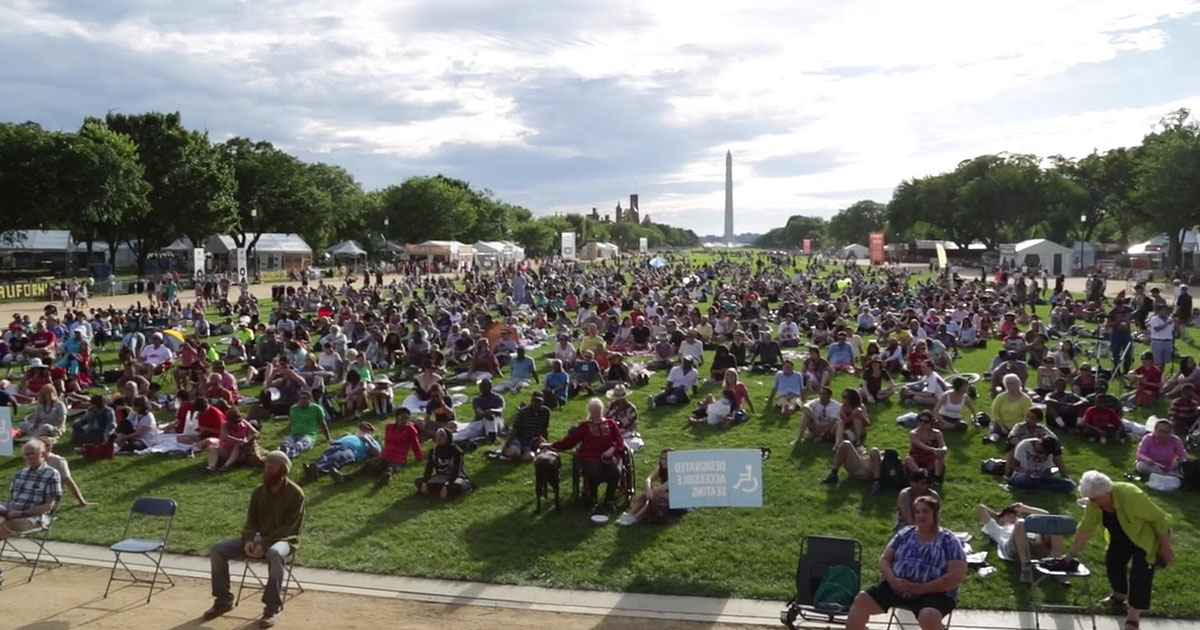 At the 2016 Folklife Festival, Sounds of California presented a series of evening concerts as well as daytime performances and activities, offering a glimpse into how musical culture mirrors the movements reshaping the state and the nation today. We featured artists who contribute to the soundscapes of California, who demonstrate the social power of music and cultural heritage.

While rooted in the terrain of their communities, these artists work across borders—in many senses. They sustain traditions to bridge distant homelands to their present homes. They remix traditions to forge new variations and collaborations. They deploy traditions to engage and invite others to action.

These resilient artists cultivate community by both tending to and extending beyond what is near and familiar, honor tradition while looking forward, and contribute to creating a diverse, resonant landscape.