Preston J. Arrow-weed (Quechan/Kamya) is an educator, environmentalist, actor, playwright, and singer with a deep and comprehensive understanding of tribal songs, history, and ceremony. A member of the Quechan Tribe of California and raised by his Kumeyaay grandmother, he is a native speaker of both languages, which are Hokan dialects spoken by people living around the U.S.-Mexico border in California and Arizona.

He is one of only a few who know the sacred songs celebrating the rites of passage from birth to death—and who can sing them in the correct order. He is the last singer of Urave, the Quechan Lightning Song. A dedicated educator, Arrow-weed has taught tribal songs and language through the Advocates for Indigenous California Language Survival and the Alliance for California Traditional Arts mentorship program. 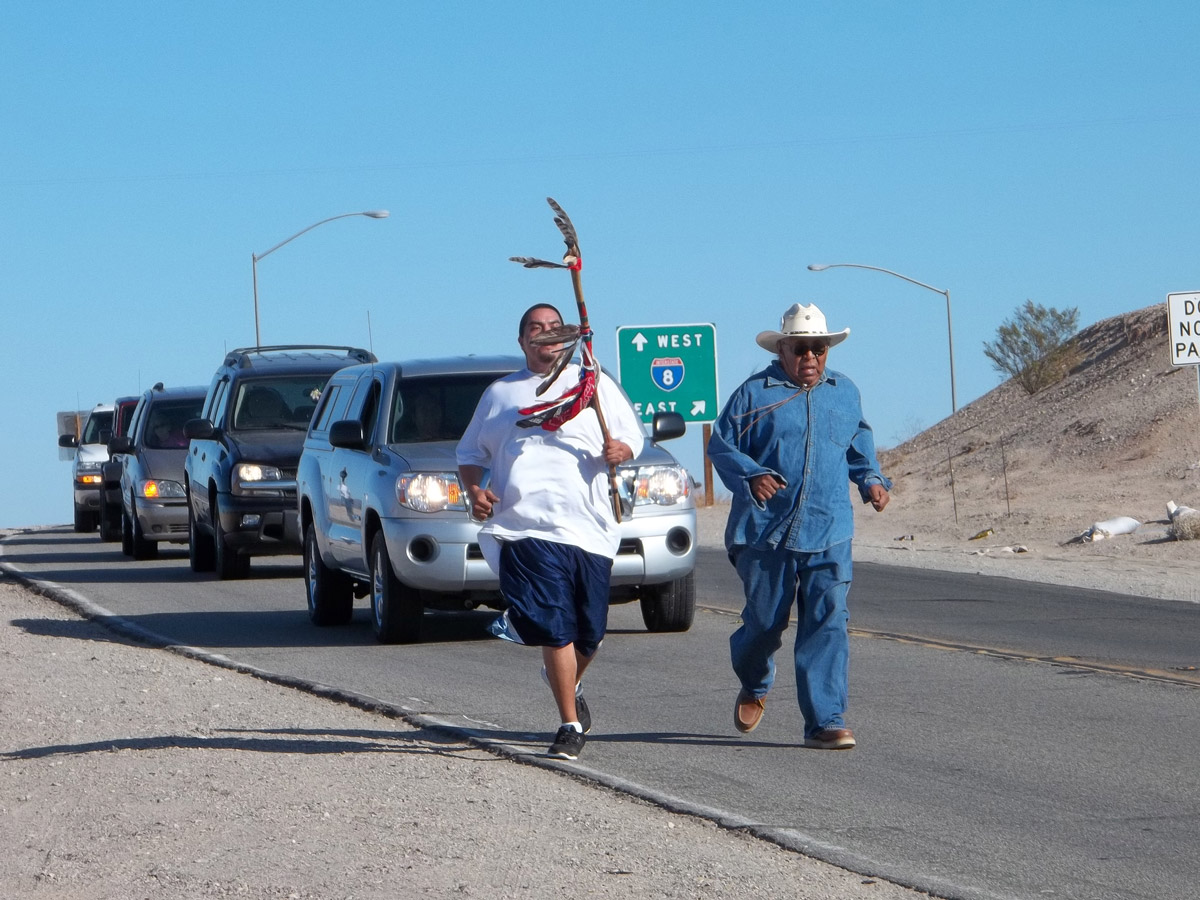 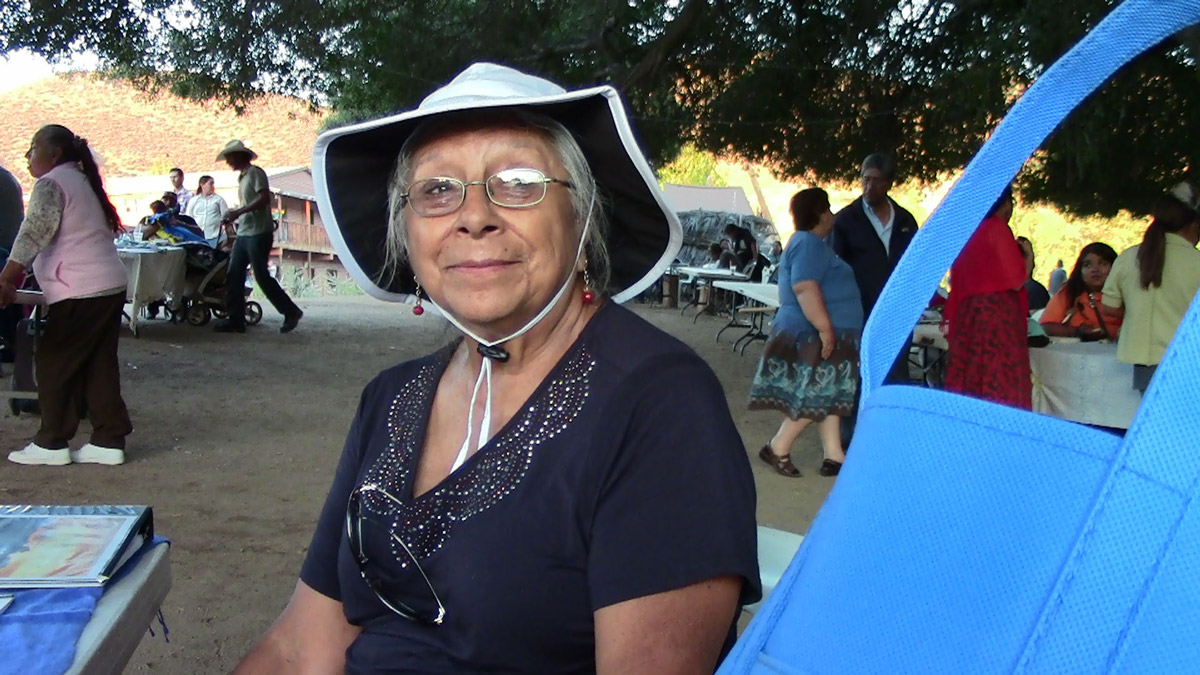 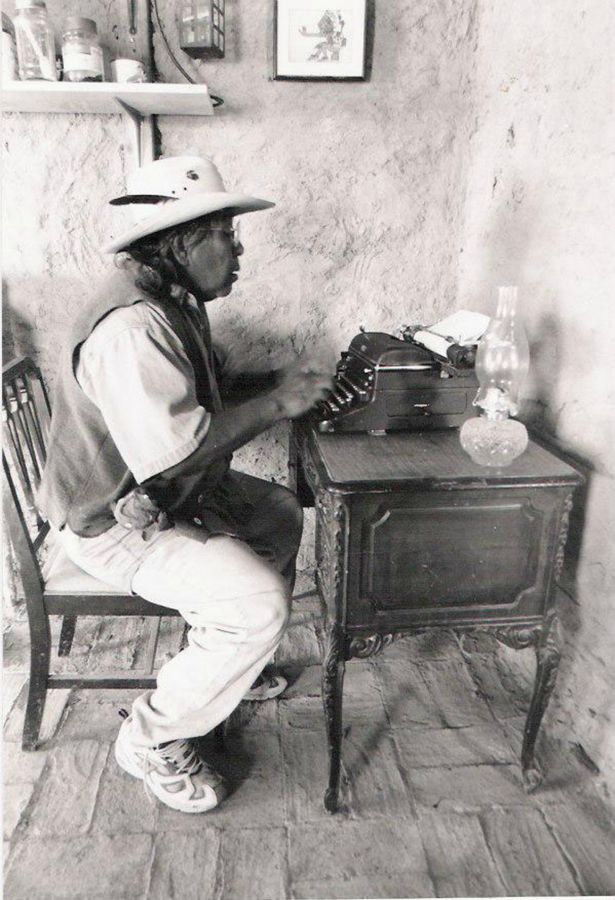 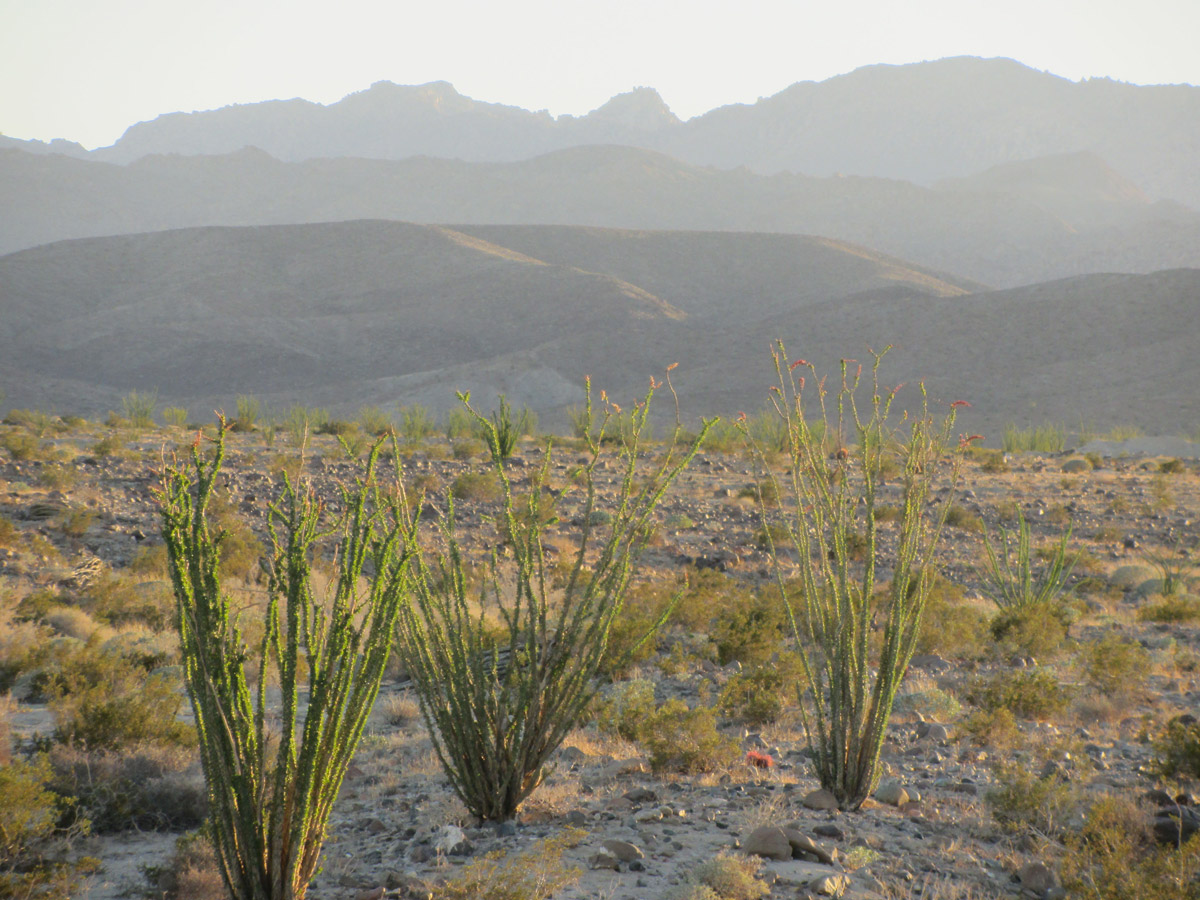 Preston J. Arrow-weed (Quechan/Kamya) (right) participates in a 75-mile run from his home in Fort Yuma to Ocotillo, California, to protest plans to build industrial wind turbines on public land that comprises part of Quechan ancestral territory.
Photo by Helena Quintana Arrow-weed
Helena Quintana Arrow-weed, in Necua, Baja California, Mexico, during a screening of the film Songs of the Colorado for a local Native community
Photo courtesy of the artist
Preston J. Arrow-weed.
Photo courtesy of the artist
The desert of Ocotillo, California, comprises part of Quechan ancestral territory and contains artifacts of ancient communities, including giant rock alignments, hearth remains, and cremation sites.
Photo by Helena Quintana Arrow-weed
Traditional gourd and tin can rattles used in tribal singing.
Photo courtesy of the artists

He has been recognized for these efforts with the California Indian Heritage Preservation Award by the Society for California Archaeology. He has also served on the U.S. Bureau of Land Management’s Desert Advisory Council.

Arrow-weed’s theatrical experience includes films and stage performances. He founded the California Inter-Tribal Theatre and worked as a drama teacher at D-Q University, the only college in California founded for and by Native Americans. He is a member of the Screen Actors Guild-American Federation of Television and Radio Artists (SAG-AFTRA). 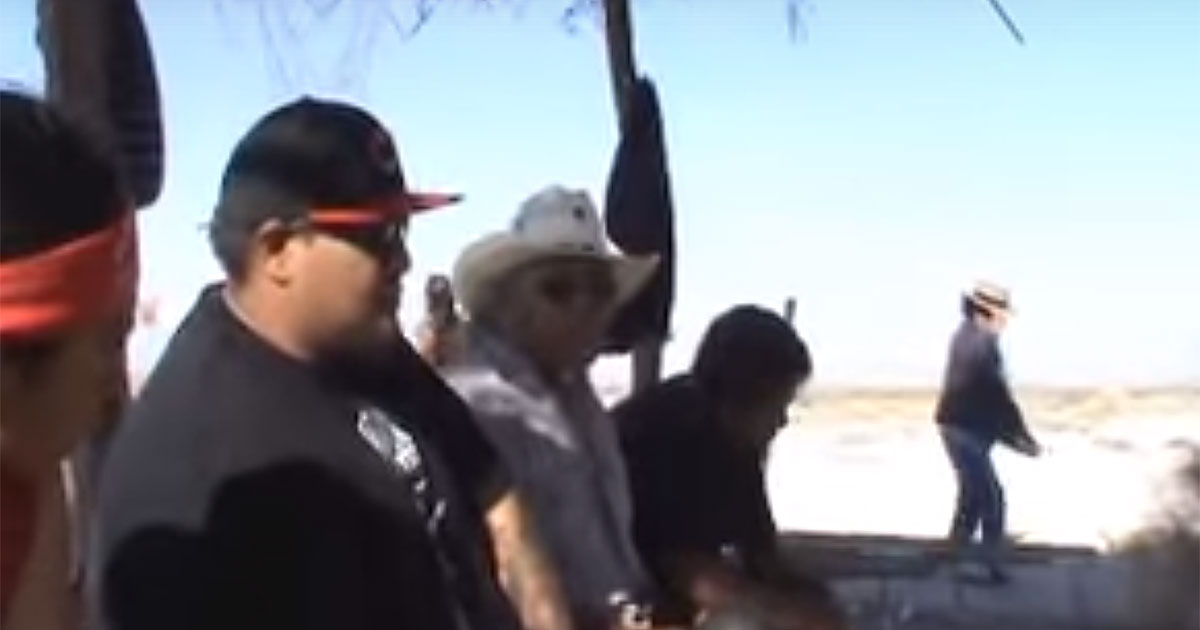 Helena Quintana Arrow-weed (Pueblo) is a bilingual educator and environmentalist. She has worked as a reference librarian, elementary school and ESL teacher, and assistant professor of education in New Mexico, Texas, and California. Originally from New Mexico, she knows the dances that accompany her husband Preston’s tribal songs. She has served on the board and exhibits committee of the Imperial Valley Desert Museum.

Together they run the Ah-Mut Pipa Foundation, stimulating tribal culture and increasing understanding of Native American history, culture, and art by blending traditional and contemporary teaching styles. Through the foundation and other activities, they have been strong advocates for the protection of sacred sites and the desert ecosystem in and around the lower Colorado River region.