California is a land of musical riches. After all, the so-called Golden State has been a destination for immigrants from all over the world. This playlist reflects that richness in all its splendor. From Woody Guthrie to Babatunde Olatunji, from traditional Afghani music to Chicano rock, and from Armenian wedding music to the Kronos Quartet, we have music that celebrates life.

This playlist features all songs from the extensive Smithsonian Folkways Recordings catalog, including many artists who performed at the 2016 Folklife Festival as part of the Sounds of California program.

A song about departure, about leaving the one we love, but not regretting the decision to leave. “Crying is my only consolation, remembering my early life. The hour of my departure has arrived, and the cruel moment I have to abandon you.”

By Los Peludos
From Rolas de Aztlán: Songs of the Chicano Movement

A classic Chicano anthem and protest song, filled with a rich sense of history, but also a solid music tapestry, combining several instruments from different traditions.

Pure and simple, this is the song that defined generations of migrants who came to California in the twentieth century. The song has never lost its currency.

4. Comments on the Raga with Musical Illustration

Experimental radio program from Berkeley’s KPFA station produced this series of “audio collages,” which includes an eclectic mix of electronic music, a “sonata for loudspeaker,” a polyrhythmic improvisation created by sampling “primitive percussion instruments and voice,” and spoofed interviews with a phony scholar and musicians.

This is a traditional son, a musical genre heard all over Mexico. In this track, an indigenous Zapotec group performs a satirical piece about their indigenous neighbors, the “Mixes.” For more than two decades, Oaxacan brass bands have become a musical force in Los Angeles. Today, the region has more than twenty brass bands, and the number keeps growing.

Based in Fremont, home to the largest population of Afghans in the United States, Homayun Sakhi is a master of the Afghani rubâb. This is a traditional piece from Kataghan, in northern Afghanistan, typically played in teahouses during market days.

By Quetzal
From Imaginaries

East L.A.’s Quetzal artfully blends the stomping roots quality of son jarocho with the urgency of a song about the fire-eaters who work in the dangerous crossroads of Mexico’s urban streets to earn a living.

By Wu Man
From Music of Central Asia Vol 10. Borderlands: Wu Man and Master Musicians from the Silk Route

By Arpex
From ¡Tierra Caliente! Music from the Hotlands of Michoacán by Conjunto de Arpa Grande Arpex

Based in the town of Atwater, California, in the heart of the San Joaquin Valley’s Michoacán community, Arpex plays music from the Tierra Caliente of Michoacán. This is a perfect example of son calentano, the sound of the original mariachi: no trumpets, all strings, played in the deepest, funkiest style and meant to be danced with as much passion and energy as can be mustered.

By Richard Hagopian
From Armenian Music Through the Ages

Armenian American musician Richard Hagopian is California’s living master of the oud. Born in Fowler, a town in the Central Valley, he plays classical and folk styles of the oud, an instrument usually associated with Arab and Turkish music, but also a part of Armenia’s musical tradition. This piece is a joyful wedding dance.

Los Camperos de Valles are a son huasteco trio based in Ciudad Valles, San Luis Potosí, Mexico. For this album, the trio collaborated with San Jose-based musician-composer Artemio Posadas in a completely new interpretation of the genre. Posadas wrote all the lyrics in this album, including “El Zacamandú.”

By Babatunde Olatunji
From Drums of Passion: The Beat

Nigerian master Babatunde Olatunji was a mentor and teacher to many musicians in California, in many genres—acid rock, jazz, Latin music, and everything in between. In this album produced by Grateful Dead drummer Mickey Hart, Olatunji is joined by two major figures of California’s diverse music scene, Airto Moreira and Carlos Santana.

By Chris Kando Iijima, Joanne Nobuko Miyamoto, Charlie Chin
From A Grain of Sand: Music for the Struggle by Asians in America

This track—a call for unity and collaboration among people and causes—is from an album recorded in 1973 in New York City, where the artists first met and were active in anti-war and civil rights activism. Both Miyamoto and Chin have been based in Los Angeles and San Francisco, respectively, for decades now, continuing to use the performing arts as a means for building community and teaching Asian American history. 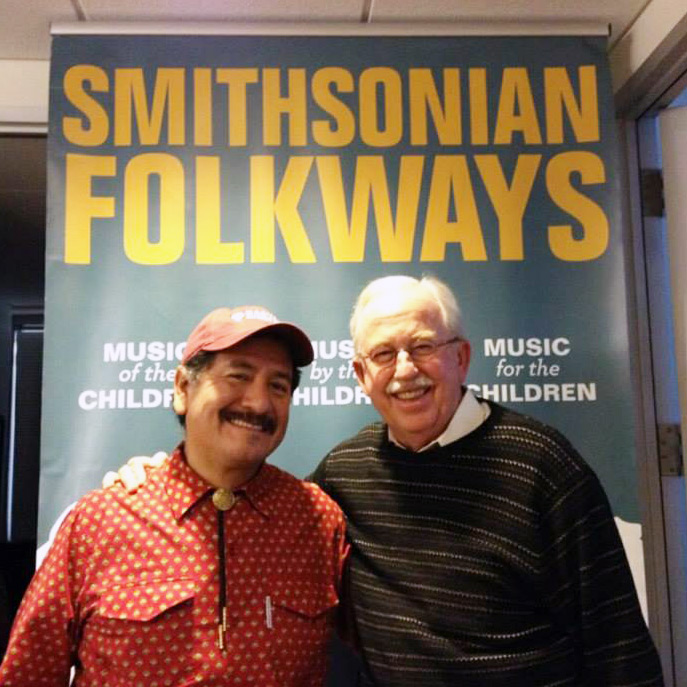 Betto Arcos is a music journalist based in Los Angeles. He is a regular contributor to NPR and PRI-BBC’s The World. From 1997 to 2015, he was the host of Global Village on KPFK. His weekly podcast, The Cosmic Barrio with Betto Arcos, features music from all over the world, with an emphasis on new releases and classic sounds from Latin America, the Caribbean, the United States, Africa, Europe, the Middle East, Asia, and all points in between.