Wales and the World
At Home in Wales 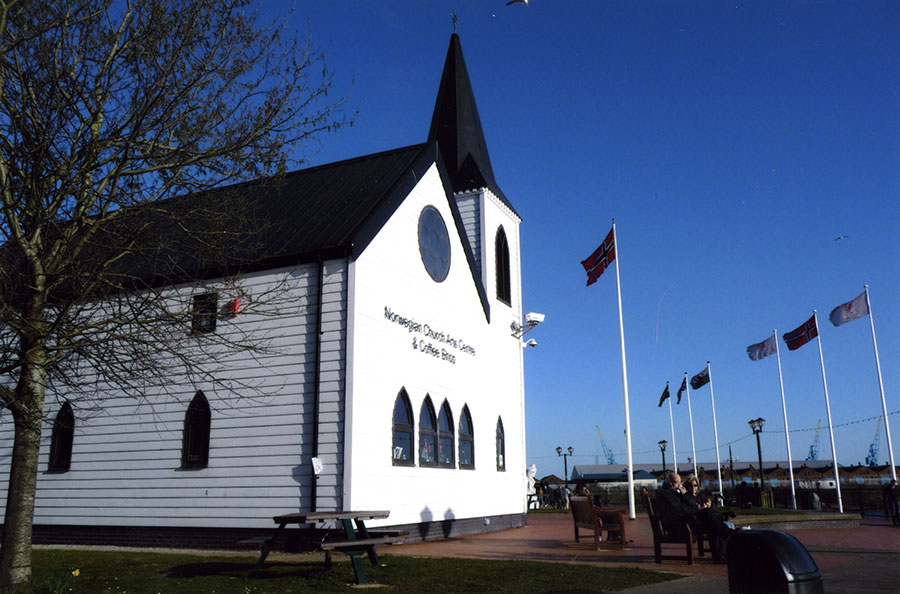 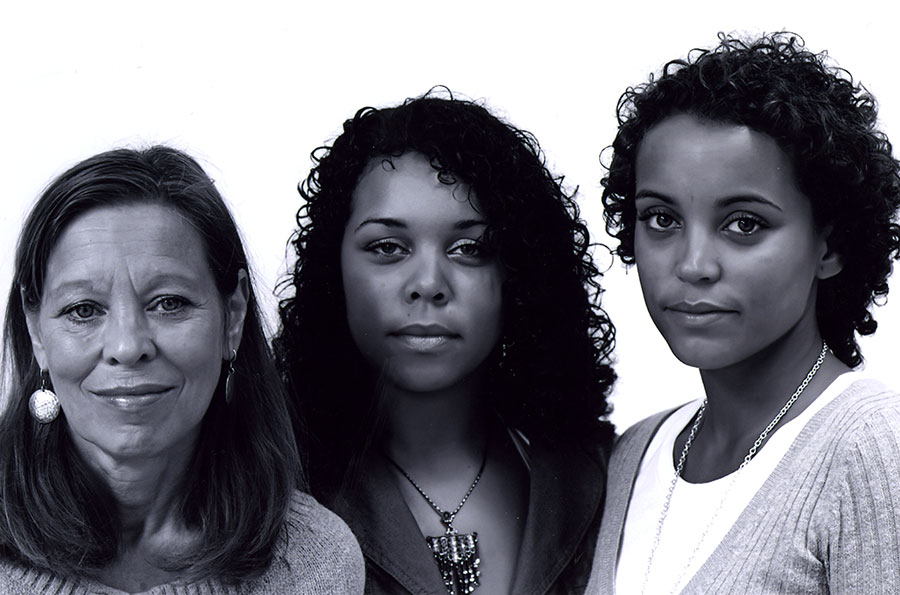 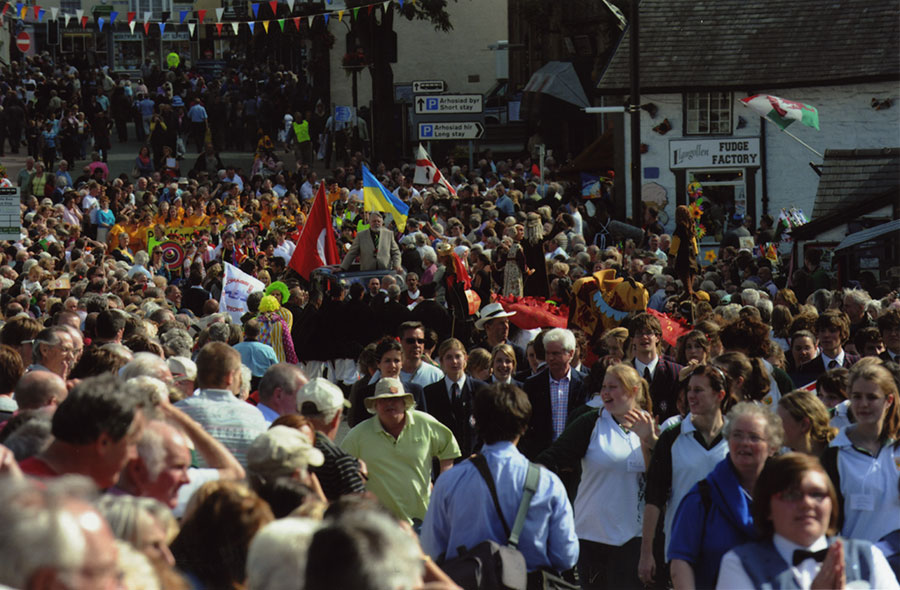 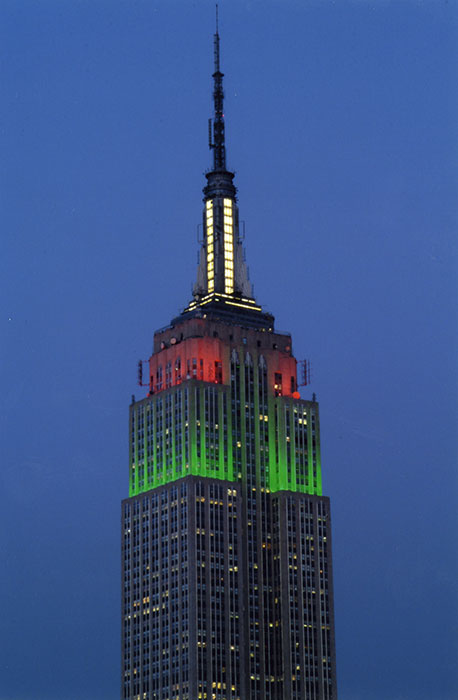 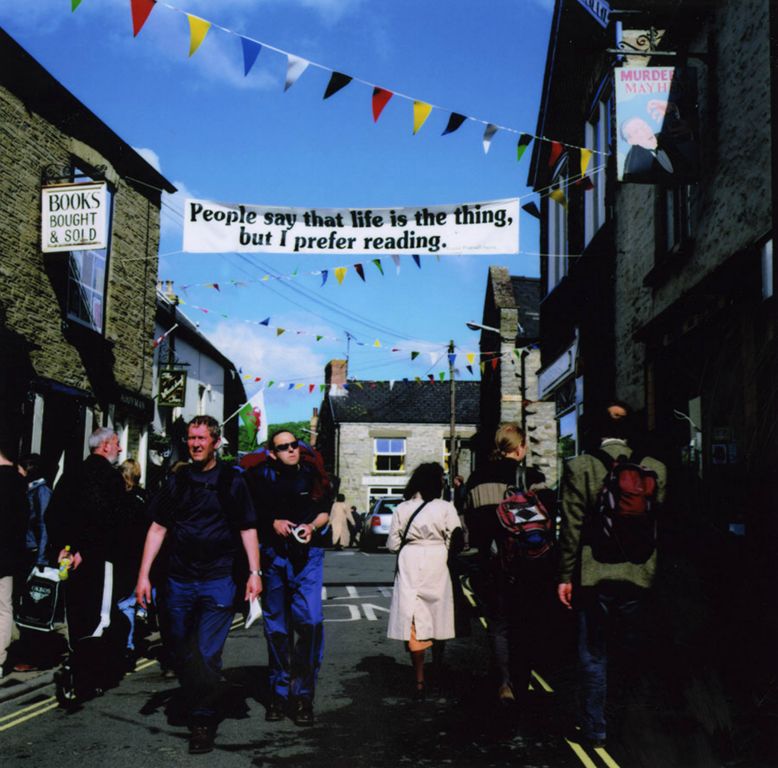 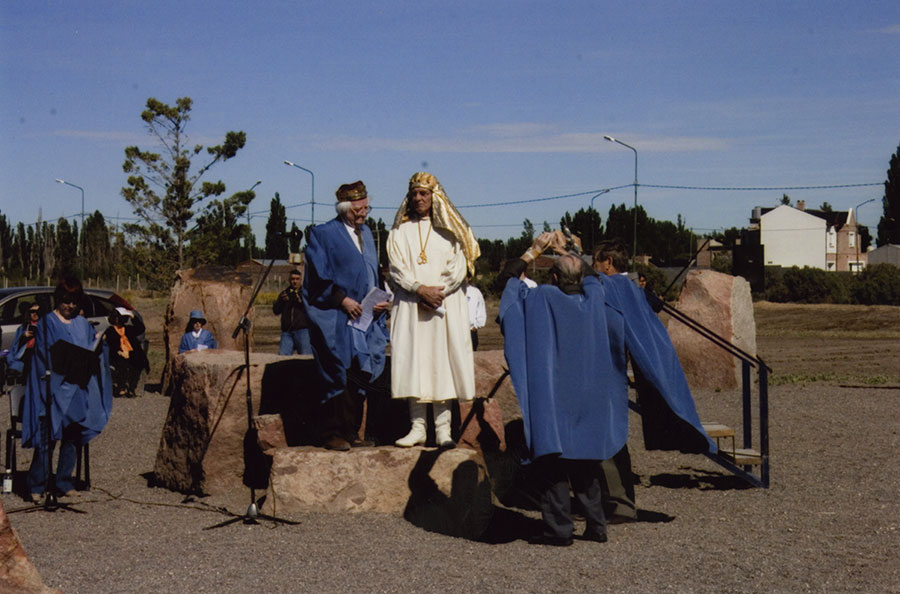 This small Norwegian church is testimony to the immigrants who came from around the world to work in the port of Cardiff. The church is now a popular arts center.
Photo by Betty J. Belanus, Smithsonian Institution
Anita Pearce (nÃ©e Busuttil) and her daughters Leanne and Sara exemplify the multi-ethnic heritage of contemporary Wales. Their family combines Maltese, Afro-Caribbean, and Welsh ancestry.
Photo by Glenn Jordan, courtesy of Butetown History & Arts Centre
Thousands join the parade through the streets of Llangollen in North Wales as the International Eisteddfod begins. Held every year since 1947, the festival brings folk musicians and dancers from around the world to this small town in the spirit of peace and the sharing of cultures.
Photo courtesy of Lluniau Llwyfan Photography
Each year on March 1, the Empire State Building is dramatically illuminated with the colors of the Welsh flag to commemorate St. David's Day. Once the feast holiday for the patron Saint of Wales, St. David's Day is today a national celebration of all things Welsh.
Photo courtesy of Wales International Center
The Hay Festival, held annually in Hay-on-Wye in eastern Wales, brings literary aficionados from around the world to this "town of books" each May.
Photo Crown Copyright (2009) Visit Wales
Patagonians of Welsh descent gather each year in Gaiman, Argentina, for a ceremony inducting new members into the Gorsedd of Bards, a Welsh honorary society. Dic Jones (in white robe), the archdruid or leader of the Gorsedd of Bards in Wales, joins Geraint Edmunds, archdruid from Patagonia, at the 2008 ceremony.
Photo by Betty J. Belanus, Smithsonian Institution

Croeso (KROY-so) or "Welcome" is a word you will see and hear from the moment you arrive in Wales. The Welsh have been using this warm greeting for centuries, welcoming people from other countries and cultures, and helping them feel "at home."

The story of Wales begins with the Celts who started migrating from their central European homeland around 1000 B.C.E. When the Romans arrived around 48 C.E., the inhabitants spoke Brythonic, a Celtic language that evolved into Welsh.

During the Industrial Revolution, parts of Wales became melting pots of cultures due to the need for workers in the metalworking and coal-mining industries. The port cities of Cardiff, Swansea, and Newport attracted workers from all over the world. In Butetown, Cardiff Bay, people of many nationalities lived side by side. Longtime resident Betty Campbell explains, "We were like a family. It didn't matter that we were Christian or Muslim; we were all from the Bay and that was our badge."

Today all major world religions are present in Wales.

Wales and the World

For a country the size of Massachusetts, Wales has had an amazing influence on the world. The Welsh were among the first to settle in America; at least six signatories of the Declaration of Independence were Welsh or of recent Welsh descent.

Since then, Wales has continued to make its mark on the world—as the first industrialized nation in the nineteenth century, when Welsh coal powered the ships and industries of the world; and in 2008 as the world's first Fair Trade Nation, helping developing world producers obtain fair prices for their products.

Walter Ariel Brooks, Cardiff
A Patagonian of Welsh descent residing in Wales, Brooks works at Cardiff University's School of Welsh. He teaches the language to adults and undergraduates and conducts research on Y Wladfa, the Welsh settlement in Patagonia. Since 2007, he has acted as an intermediary to promote the cultural links between Patagonia and Wales. He also belongs to the Wales-Argentina Society.

International Eisteddfod, Llangollen
The International Eisteddfod is a six-day festival that celebrates music, dance, and song. The first festival was held in 1947 and since then performers have descended upon the small Welsh town to compete and showcase their talent. Widely recognized as a forum for world music, the festival has hosted many internationally acclaimed performers such as Luciano Pavarotti. The festival also organizes an annual Peace Message competition, for which it received a Nobel Peace Prize nomination in 2004.

Carlos Pinatti, Cardiff
Pinatti's work develops from firsthand experience of a place, or in response to a person or community. His projects use film and combined media, and are presented as a combination of video, installation, and sculpture. Some of his recent work explores the relationship between the Welsh community in Patagonia and the Tehuelches Indians from that same region.