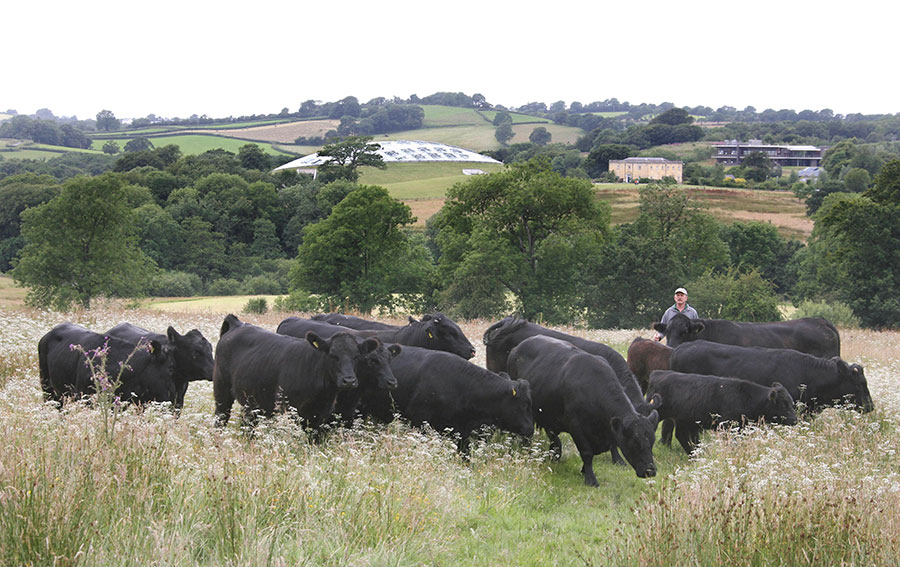 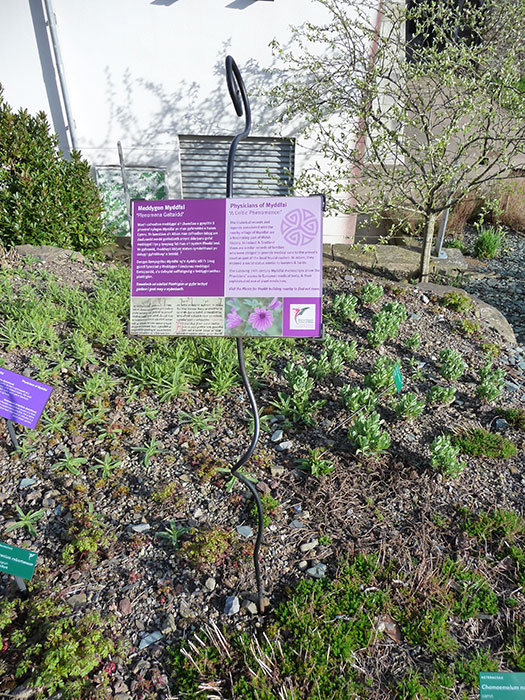 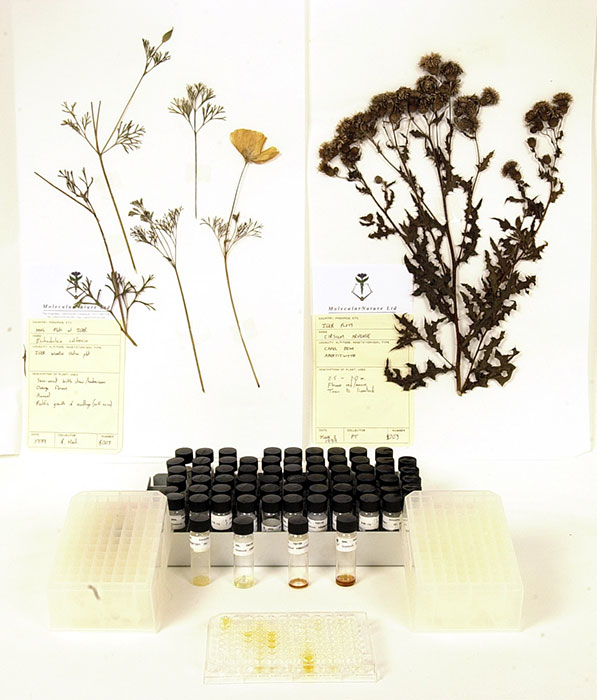 Labels of plants and their uses help educate the public at the National Botanic Garden of Wales.
Photo by Betty J. Belanus, Smithsonian Institution.
Tim Bevan, shown here with the Welsh Black cattle under his care, is nature reserve manager at the National Botanic Garden of Wales. These cattle and a growing flock of rare-breed sheep help Bevan conserve the traditional hay and pasture meadows that are rich in wildflowers and fungi.
Photo courtesy of Tim Bevan
In the laboratory of biochemist Alison Nash, the latest scientific methods utilize traditional Welsh plants to inform the future of medicine.
Photo courtesy of Alison Nash

Traditional medicine and plant lore in Wales are interwoven with legend. In one story, a beautiful, supernatural lady emerged from Llyn y Fan Fach, a lake in Mid Wales, to marry a farmer. She passed her knowledge of medicine and healing herbs to her three sons, who became the first in a dynasty of historical figures known as the Physicians of Myddfai. Today, plant experts at the National Botanic Garden of Wales have recreated a medicinal garden based on the Physicians' pharmacological treatises from circa 1400. These writings also include descriptions of procedures still studied today.

One of the enduring symbols of Wales is the daffodil. These lovely flowers are grown in Mid Wales for use in the treatment of Alzheimer's disease. As Gareth Evans, a plant historian explains, "In the constant search to find solutions to complex and intractable medical problems it is often found that nature already has an answer, or at least can give a helping hand."

Tim Bevan, Llanarthne
Bevan has served as farm manager for the National Botanic Garden of Wales for the last ten years. During that time, the garden's four hundred acres of grassland, crops, and woodland have become home to many Welsh native plants and wildlife. In recognition of this progress, the Countryside Council for Wales declared the site a "National Nature Reserve" in 2008.

Gareth Evans, Swansea
For sixteen years, Evans has researhed and written about the history of plants and medicine. He enjoys introducing people to Welsh medicine's unique heritage—the culturally important herbal traditions, as well as the historic Physicians of Myddfai and their writings. Evans leads tours at the annual "Medicines In May: A Festival of Plants, Health, and Well-Being."

Alison Nash, Aberystwyth
Nash, a research bioscientist, began her career at the Royal Botanic Gardens, Kew. There she investigated medicinal uses for plant-based components. She has published works on natural medicine, and her plant research at the Institute of Biological, Environment and Rural Sciences at Aberystwyth University has drawn attention from radio, television, and newspaper reporters.

Kristina Patmore, Llandeilo
Patmore is a horticulturist who spent five years working at the National Botanic Garden of Wales. There, she was heavily involved in the "Green Medicine" garden and exhibition. She is passionate about researching medicinal plants and demonstrating their tremendous value as a healthcare resource. She also enjoys experimenting with sustainable living and eating.