Heritage Meets Innovation
Energy
From Carbon Past to Zero-Carbon Future 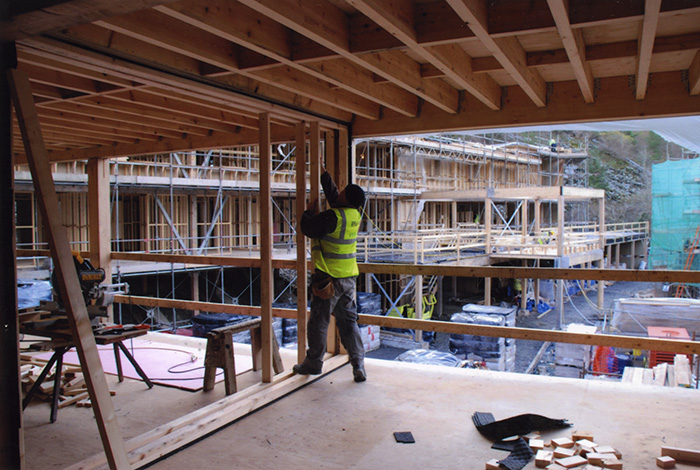 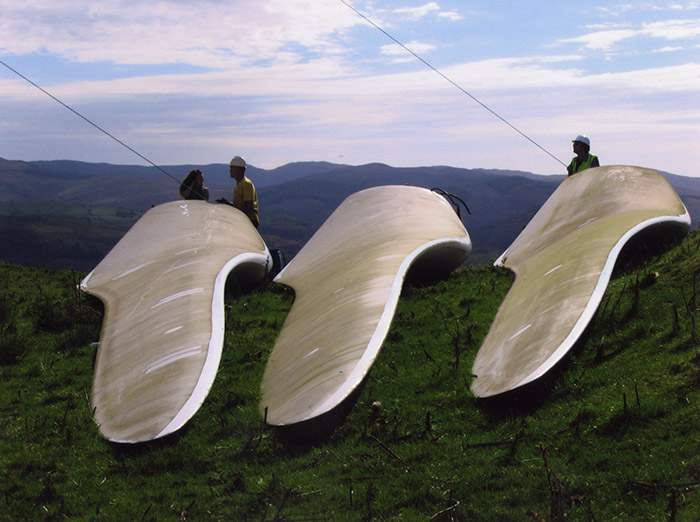 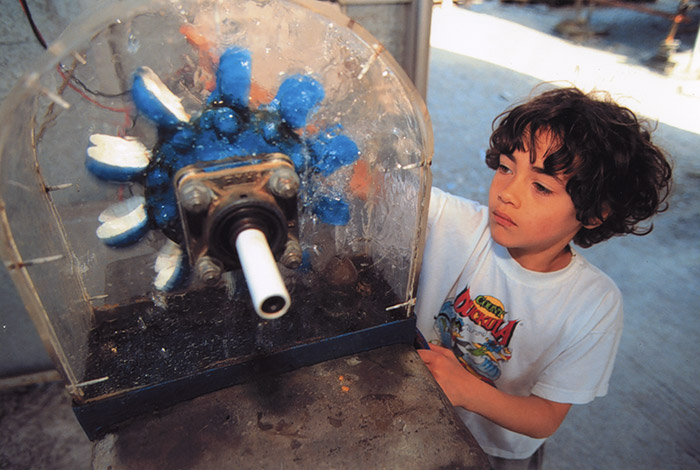 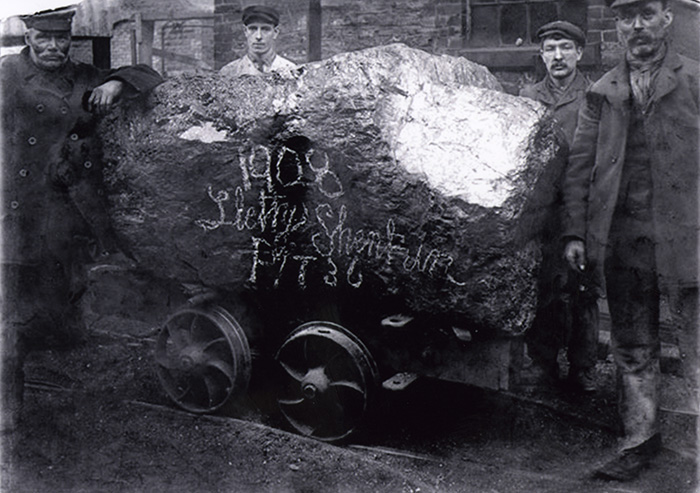 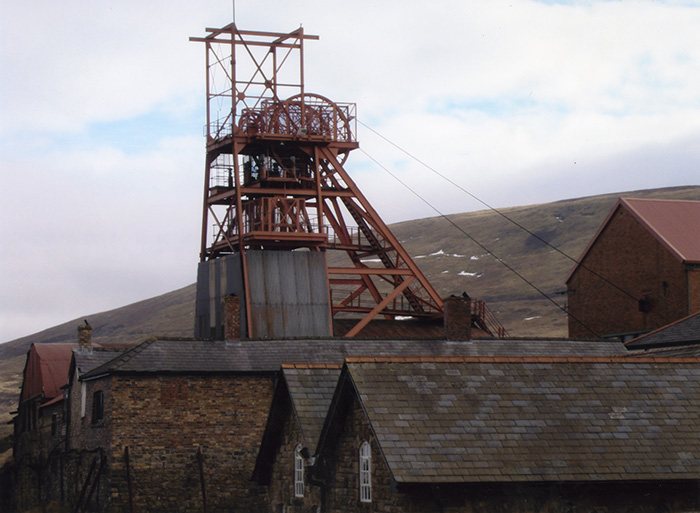 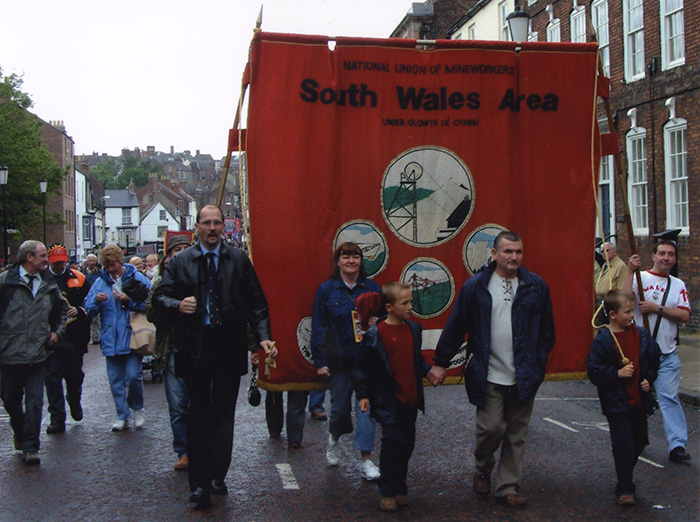 Wales entered the twenty-first century with a new Assembly Government and a commitment to sustainable development. The country's industrial past—particularly coal mining—may have fueled the economy, but it also had devastating environmental effects on the land and its residents. Research by institutions, such as the Centre for Alternative Technology near Machynlleth, is leading to renewable energy sources and reduced "carbon footprints" in many Welsh communities.

For instance, the small city of St. Davids in West Wales strives to be the world's first carbon-neutral municipality. Steps taken to achieve this goal include a recycled-vegetable-oil gas station, solar electricity to power a primary school, and recycling 99 percent of the community's plastic. Two tidal turbines planned for 2011 could allow the city to derive all its energy from the sea. "Making the city an ecological leader may be a small step in the fight to protect the planet, but that's how all of the greatest journeys start," says Andy Middleton, owner of the ecotourism company TYF based in St. Davids.

The Heritage of Coal in Wales

Small amounts of Welsh coal had been mined for centuries, but it was not until the late eighteenth century, when the burgeoning metal-smelting industries of South Wales demanded more fuel, that Wales became synonymous with coal. As the need for Welsh coal increased abroad, it was exported via new docks in Cardiff and Swansea. Coal production reached its peak during World War I, with another surge during World War II. After 1957, demand for Welsh coal declined sharply.

Coal mining employed hundreds of thousands of workers and created a distinctive culture that is still an identifying factor in South Wales. Because these jobs often paid poorly, even though they were backbreaking and extremely dangerous, many miners became activists for better pay, hours, and conditions. Major strikes took place in the 1920s, 1970s, and perhaps most bitterly in 1984-85. The last deep coal mine, Tower Colliery, closed in 2008. Open-pit mining still produces some coal in Wales.

Blanche Cameron, Machynlleth
Cameron is a green building designer who teaches in the architecture master's program at the Graduate School of the Environment, Centre for Alternative Technology, and at the University of East London. She is also director and trustee of RESET, a charity working to combat climate change and bolster energy security in communities around the world.

Matthew Slack, Centre for Alternative Technology, Machynlleth
Slack works at the Centre for Alternative Technology (CAT) and lives on-site in a small timber frame house, heated by wood and solar power. His time is shared between CAT's free information service—advising visitors, callers, and e-mailers on environmental issues—and more detailed consultancy work in the fields of energy efficiency and renewable energy.

Wayne Thomas, Swansea
Thomas currently serves as general secretary of the National Union of Mineworkers – Wales. Having lived in mining communities all his life and having worked as a miner for over twenty years, he understands the legacy of the Welsh mining heritage. On behalf of the Welsh Assembly Government, Thomas is actively involved with many former mining areas.

Adam Thorogood, Machynlleth
Thorogood is a project officer at the Centre for Alternative Technology, where he directs a wide range of sustainability-focused projects aimed at equipping communities with the tools they need to face the challenge of climate change. Recently he contributed to the second phase of the collaborative research project "Zero Carbon Britain: An Alternative Energy Strategy."

Siân Williams, Swansea
Williams, the librarian at the South Wales Miners' Library, has a keen interest in the social history of Wales and is currently the secretary of Llafur, the Welsh People's History Society, and a trustee of the Paul Robeson Wales Trust. Williams has curated exhibitions on Welsh miners' banners and on Robert Owen, "father" of the co-operative movement.