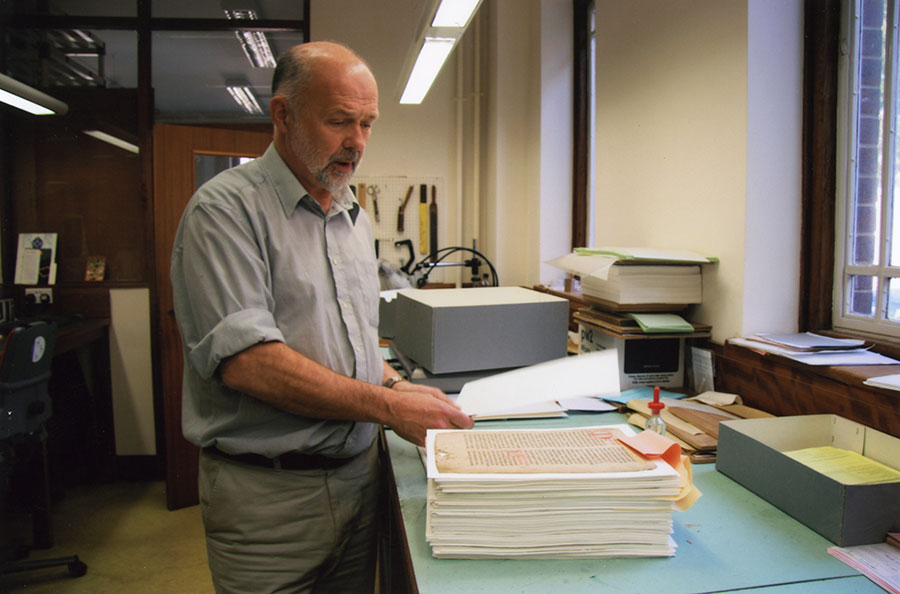 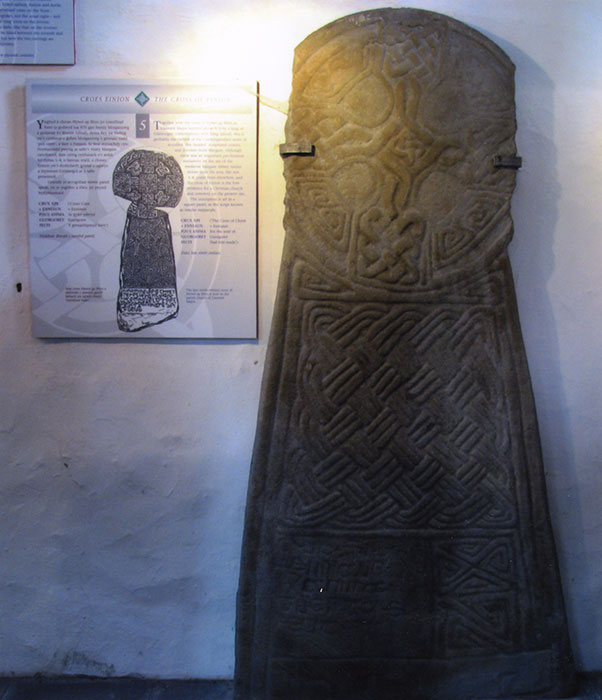 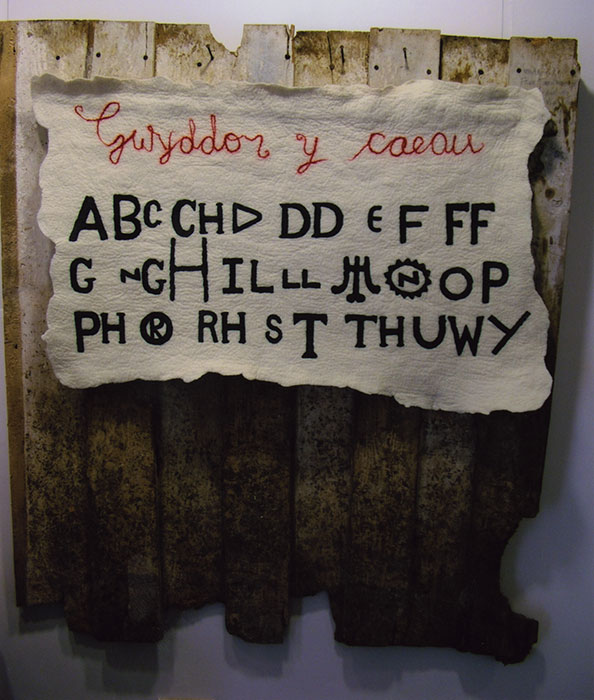 For thousands of years, words have held an important place in the visual arts of Wales. Inscriptions and symbols appear on Christian stones dating from as early as the sixth century, and artists in Wales today likewise combine language and images to make statements about their identities and their Welsh roots.

Art presses blend words and images to create books that transcend publishing and enter the realm of art. Gwasg Gregynog (Gregynog Press), located on the grounds of the historic Gregynog estate in Mid Wales, is internationally known for limited runs of publications incorporating woodblocks, etchings, and artistic typefaces. Artists such as Mary Lloyd Jones, Carwyn Evans, and Christine Mills weave Welsh words, along with ancient symbols and script, into their work. Mary Lloyd Jones has mined the National Library of Wales and other historical collections for material. Carwyn Evans explains his art in these terms: "Most of my work deals with my own cultural experiences. Its purpose is to question those aspects that are inseparable from language, community, and a region's character—aspects that should be protected from further destruction."

Julian Thomas, Borth
Since 1980, Thomas has headed the conservation section in the National Library of Wales. He also works on fine bindings and book conservation projects at his home studio, and in 1996 he was elected a Fellow of Designer Bookbinders. Thomas is a member of the Society of Bookbinders and the Institute of Paper Conservation.

David Vickers, Newtown
Vickers is controller of the Gwasg Gregynog. This charity organization seeks to preserve Wales's rich traditions in the book arts and to maintain the Gregynog Press, which was established in 1922. A veteran craftsman and fluent Welsh speaker, Vickers joined the Press at the time of its re-establishment in 1978, and has overseen every aspect of book production since then.