Language and Literature
Alive and Well in Wales 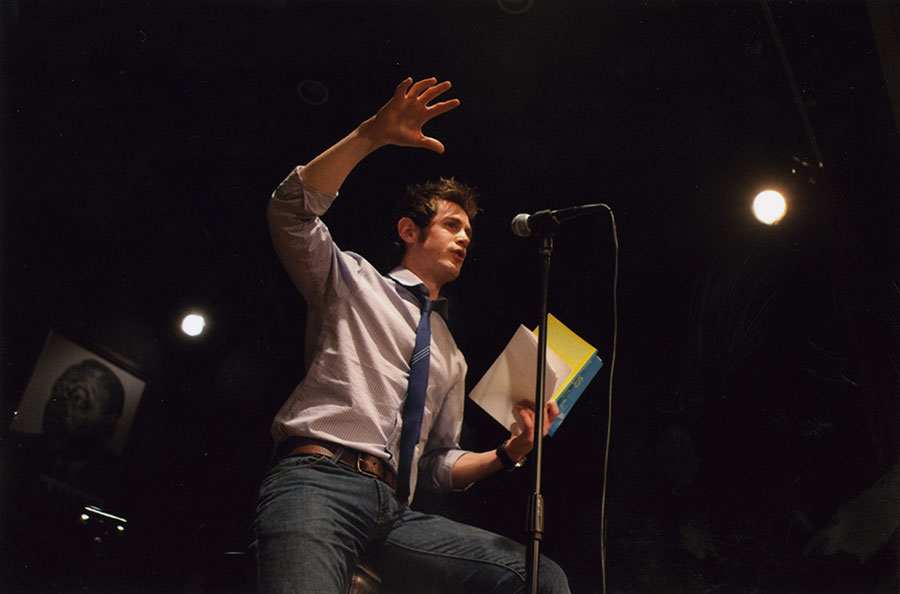 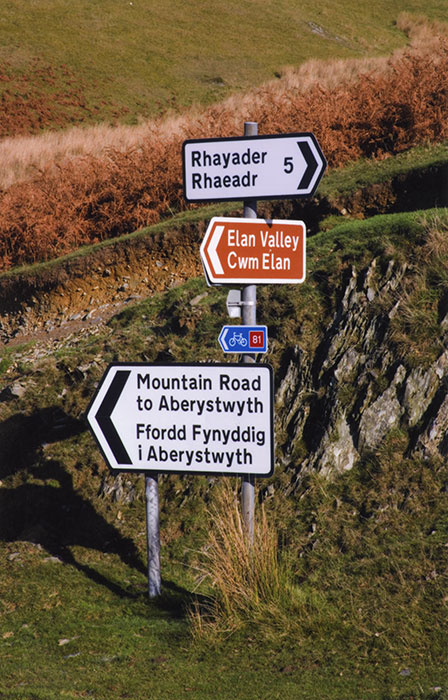 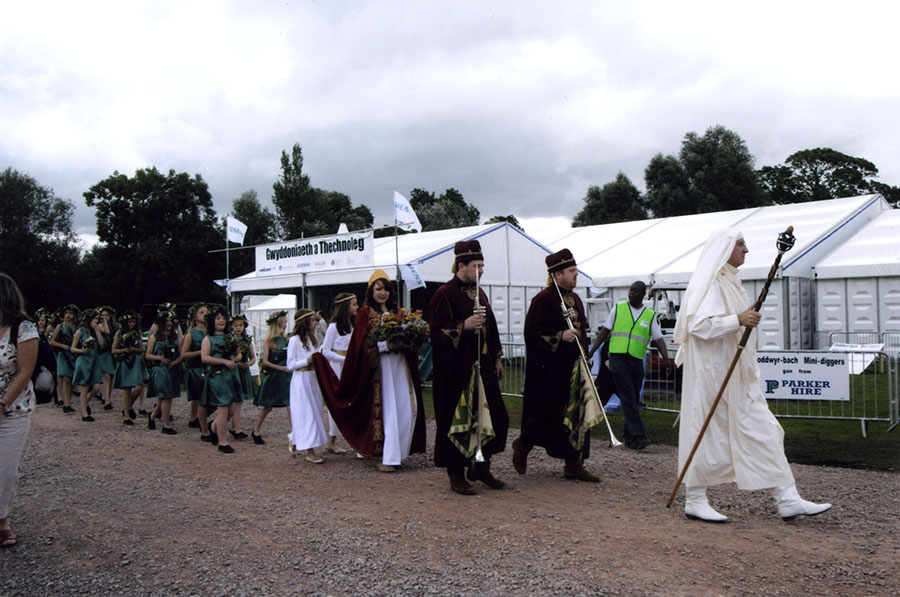 Poet Eurig Salisbury was one of several young Welsh writers who joined African American poets for a reading, sponsored by Academi. The event took place in the Washington, D.C., area in March 2009.
Photo by Dai Baker, courtesy of Academi
Bilingual road signs are mandated in Wales.
Photo Crown Copyright (2009) Visit Wales
The Gorsedd of Bards—an association whose members include poets, writers, musicians, artists, and other individuals who have made distinguished contributions to Welsh language and culture—gathers each year at the National Eisteddfod of Wales to induct new members.
Photo by Betty J. Belanus, Smithsonian Institution

Welsh (Cymraeg) is one of the oldest languages in the world. Despite domination by the English and massive influxes of non-Welsh speakers over the years, the country can still claim that 20 percent of its population fluently speak the language. Some people call Welsh "The Language of Heaven" for its compatibility with music and poetry.

Eisteddfodau (aye-STETH-vod-eye) are competitions and celebrations of Welsh-language literature and music. The annual National Eisteddfod is the largest of its kind, culminating in the "chairing of the bard," which recognizes the composer of the best poem in a difficult strict meter.

Academi is the Welsh National Literature Promotion Agency and Society for Authors. It finds inventive ways to encourage and support writers in Welsh and English, including the formation of Young People's Writing Squads, and sponsorship of lively "Poetry Stomps" in which audience members judge the poems. The Academi-sponsored bus tour, "Writers in Their Landscape," brings top Welsh writers, such as the National Poet of Wales, around the country for public readings.