The Armenian word arhestanots, commonly translated as “workshop,” may also mean “craft’s place.” These were places where apprentices would gradually acquire skills from their masters. The knowledge inherent in any craftwork has always drawn artisans into professional groups and encouraged the passing of knowledge and skills from generation to generation.

Some of the crafts presented at the Folklife Festival owe their existence to such parent-to-child succession. Others, being interrupted for decades or centuries, were revived through one mechanism or another, but always requiring transmission from master to apprentice.  Particularly relevant is the rite of an apprentice’s initiation into the status of master, which, like all traditional initiations, involves the transfer of information from generation to generation.

Although our present era of rapid changes and individualism may regard such transitions as archaic, they are nonetheless vital to human existence. Accordingly, The Workshop at the Folklife Festival was a symbolic “place of the craft,” where visitors were apprentices, participating, even if for a short time, in the eternal process of transferring knowledge from one generation to the next.

Gyumri Is Our Home 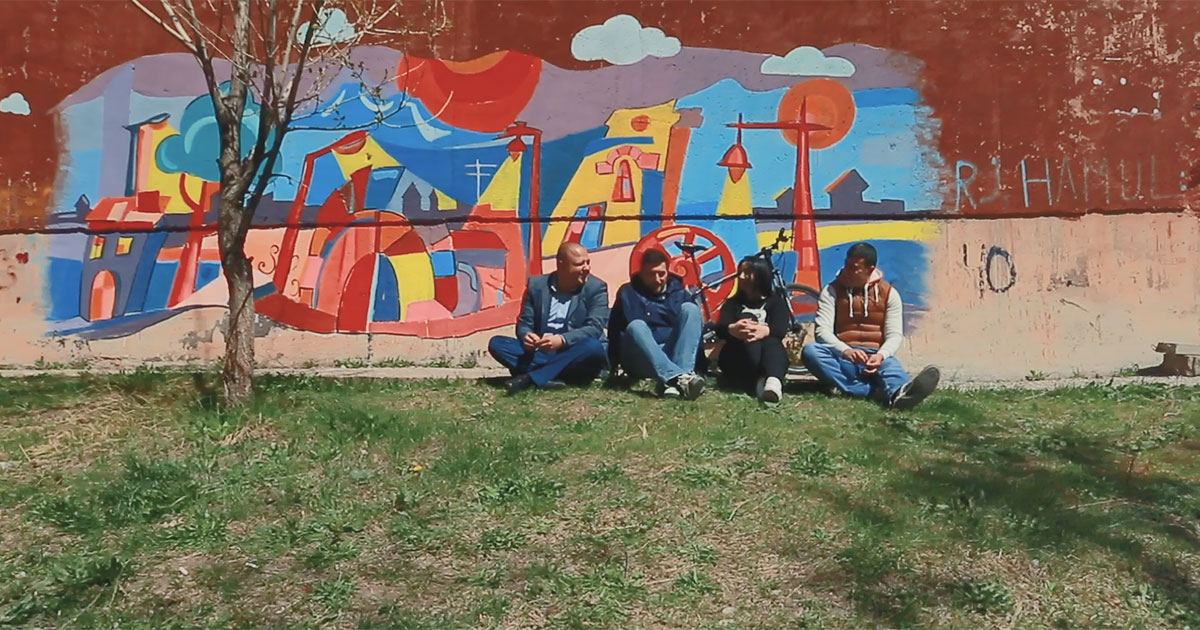 Founded in 2012, the initiative group Gyumri Is Our Home seeks alternative and innovative solutions to the problems faced by Gyumri—the second largest city in Armenia—since the devastating earthquake of 1988 and the collapse of the Soviet Union in 1991. The group’s first project was to map the city’s problems and increase awareness through short videos. Subsequently the group began focusing on civil participation and social activism. Thirty permanent group members, along with some one hundred associates, initiated a series of community-based social projects dedicated to improving the urban landscape.

These projects include street art initiatives, installing bottle cap mosaics, planting trees, creating solar-powered streetlights, holding seminars with youth, and more. As Arsen Vardanyan, one of the group’s co-founders, explained, “Pessimists are always right, of course, but the optimists are those who make the desired changes in the world.” 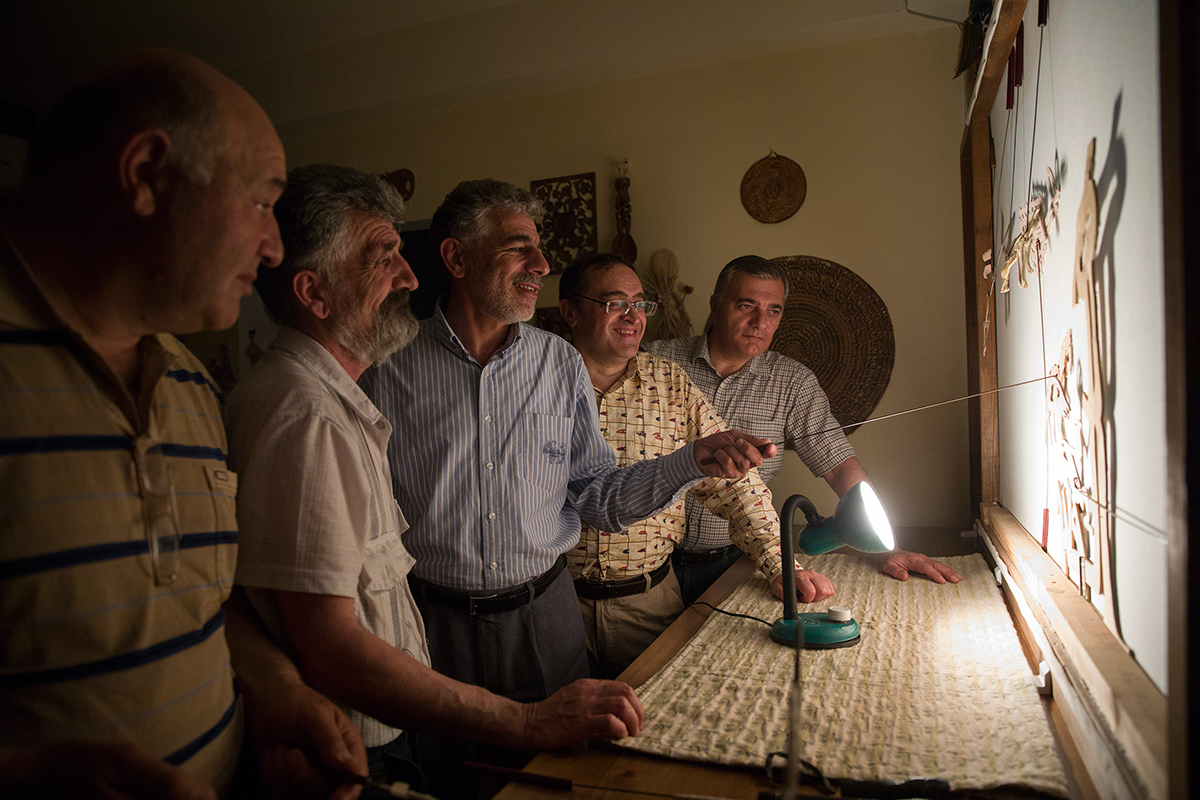 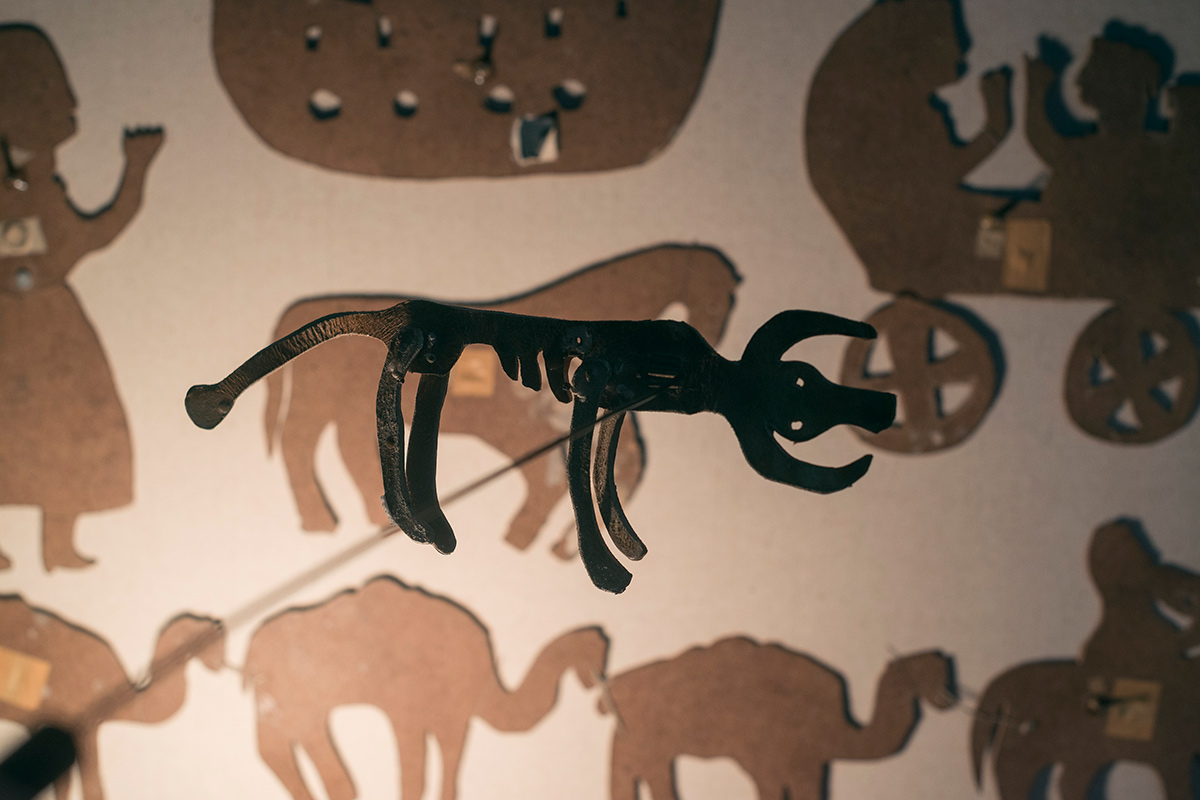 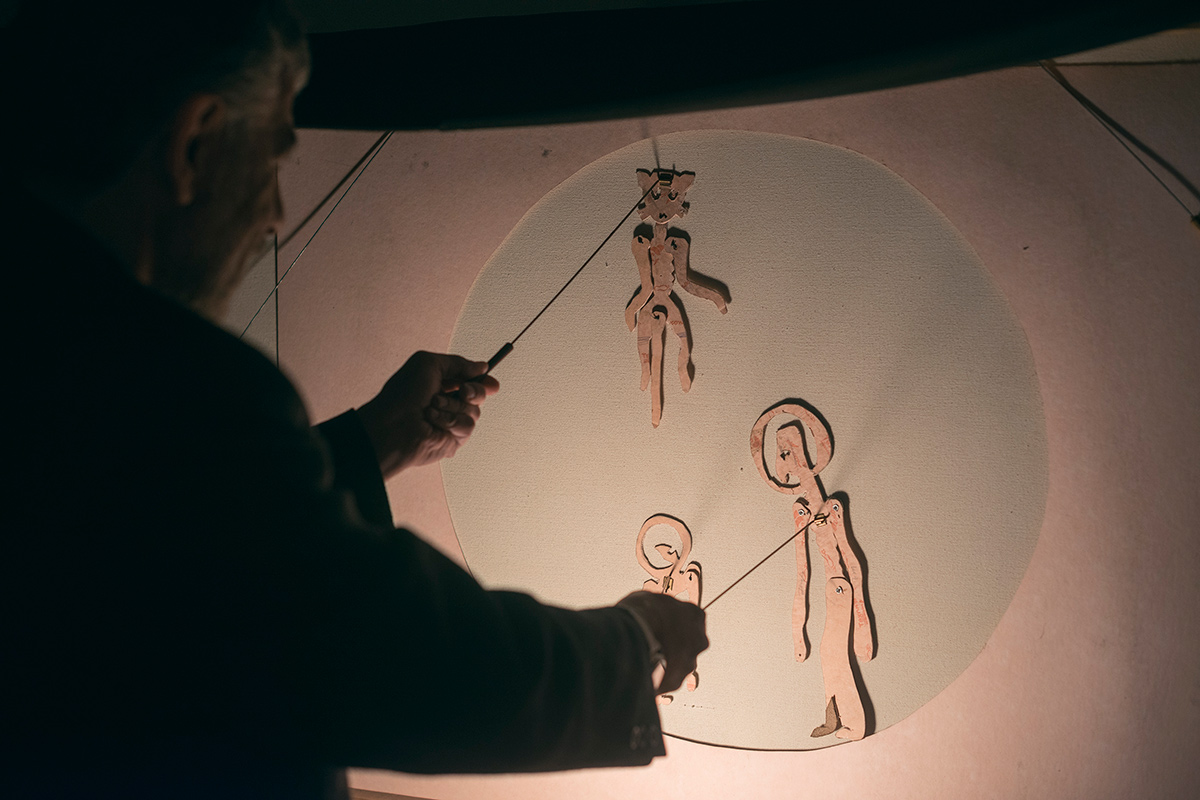 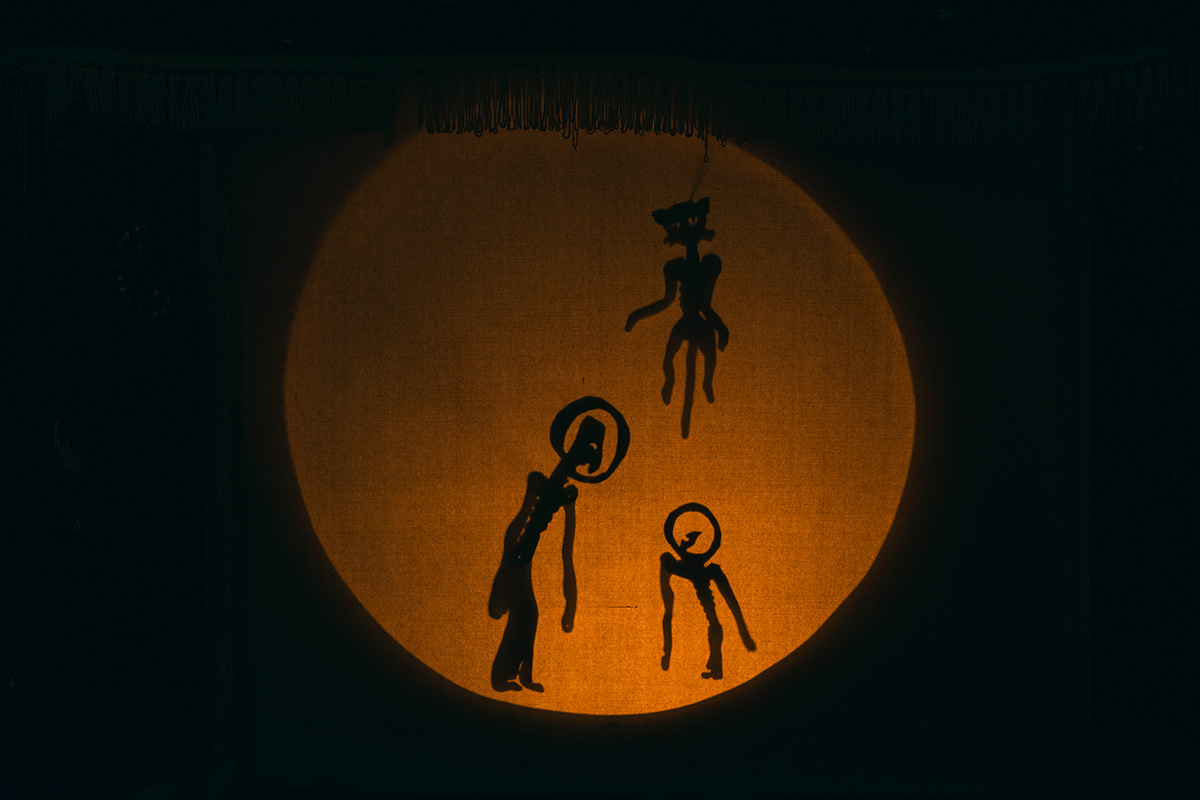 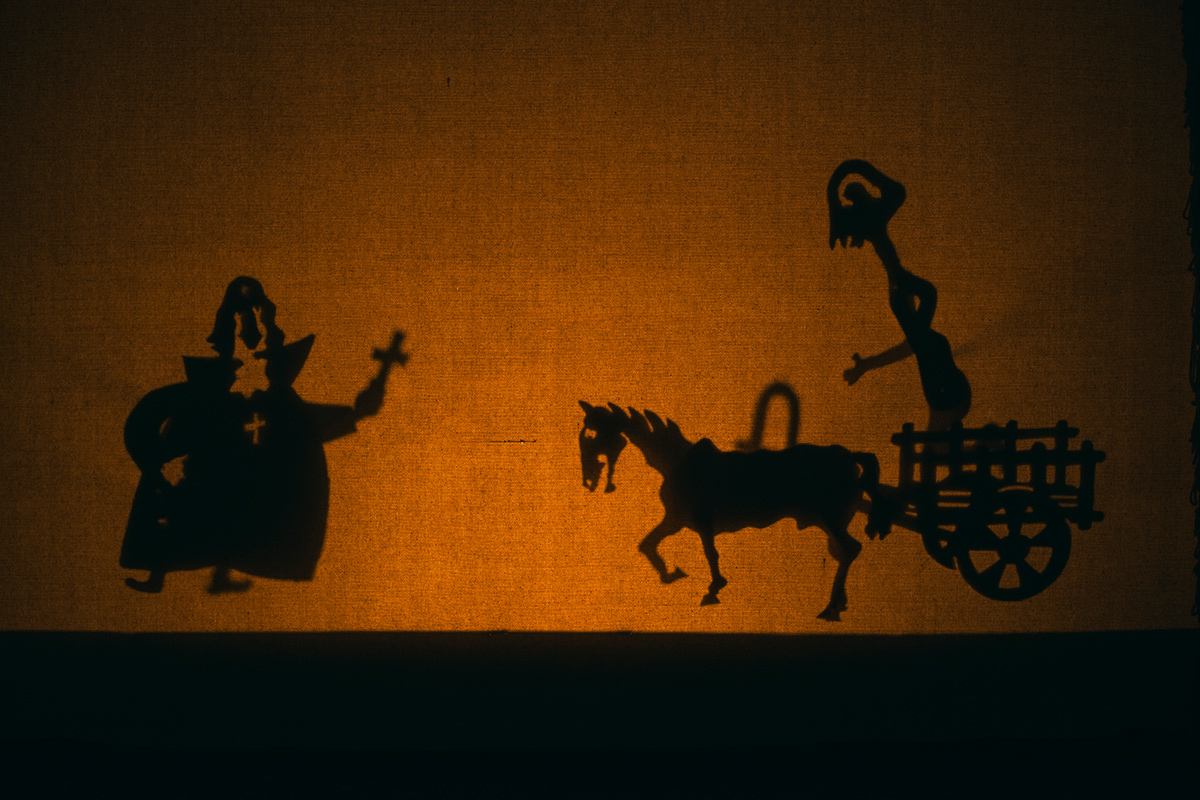 In Armenian towns and villages, the shadow theater has been popular since the eighteenth century. In Armenia, as in the wider region embracing the Middle East and Greece, shadow puppet theaters typically perform plays in which a trickster hero (known as Karagyoz) and his more sedate partner experience a series of comic and sometimes rude situations. Although somewhat similar to the shadow theaters of Turkey, Syria, Greece, and Egypt—all of which feature luxurious and colorful puppets—Armenian puppets are relatively simple and colorless, emphasizing the shadow more than the puppet itself.

The shadow theater presented at the Folklife Festival has a specific story of transferring through ages. In the 1830s, an Armenian shadow puppeteer moved from Erzerum, Turkey, to southern Georgia. His grandson, Khachatur Tumasyan, learned the tradition and was one of its last masters, using his grandfather’s puppets until the early 1960s. The puppets are now exhibited at the Museum of Ethnography of Armenia. Tumasyan shared the story and specificities of his shadow theater with anthropologist Zhenya Khachatryan, who in turn passed this knowledge to a group of young enthusiasts who are participating in the Folklife Festival.

After a gap of some twenty years, they revived the shadow theater, which they call “Ayrogi” (composed from ayr “man” and vogi “spirit”). This name reflects the “Ayrudzi” (“cavalry,” from ayr “man” and dzi “horse”) name of the expeditions that the puppeteers and their friends started to organize in 1983. The Ayrudzi riders travel throughout Armenia, presenting shadow theater performances and also performing horse games, folk dances, and songs.

As any traditional shadow theater, Ayrogi has its specific audience that will understand both the performance and the social context it reflects. However, there are also universal themes that can be appreciated by any spectator.