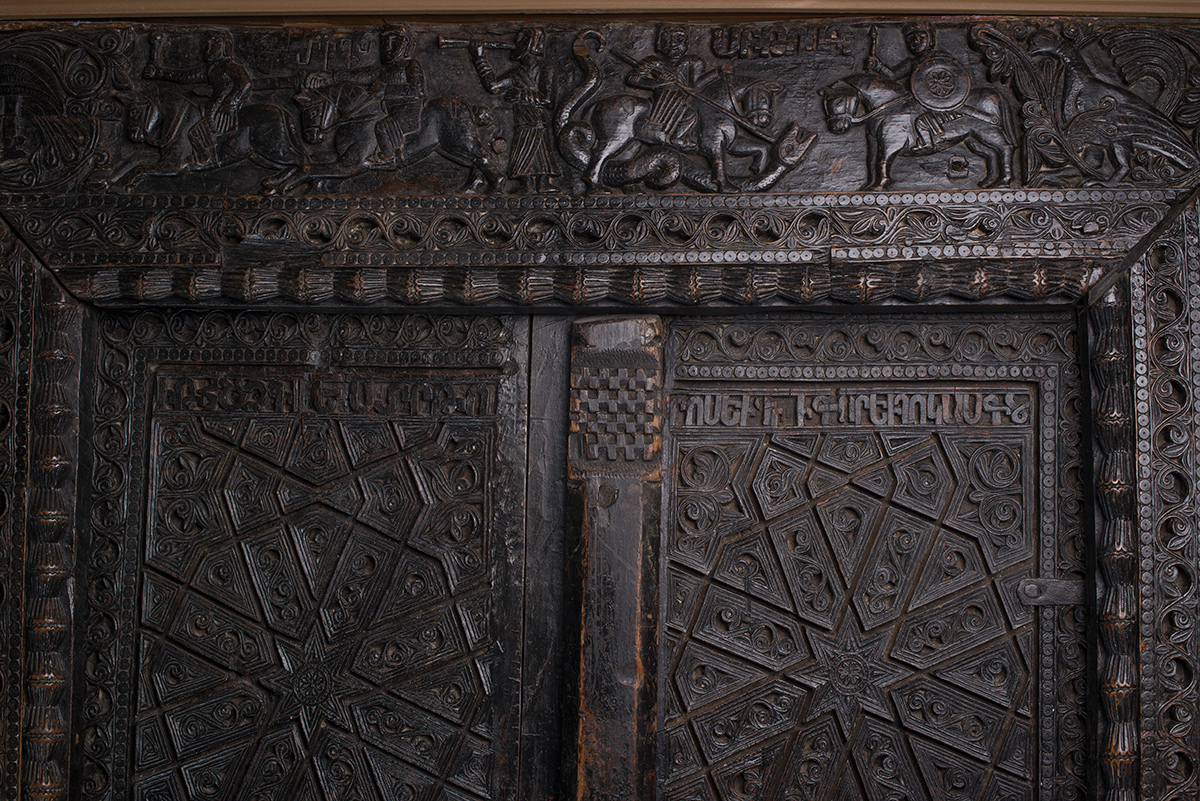 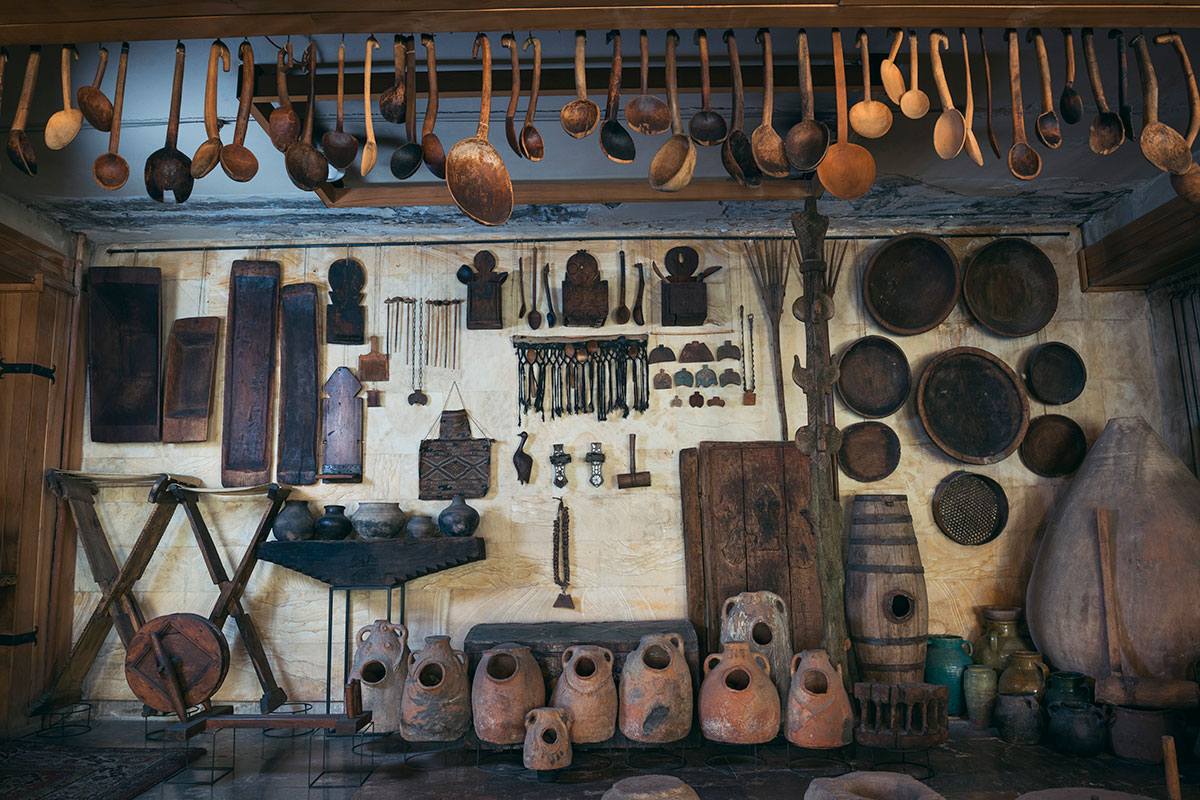 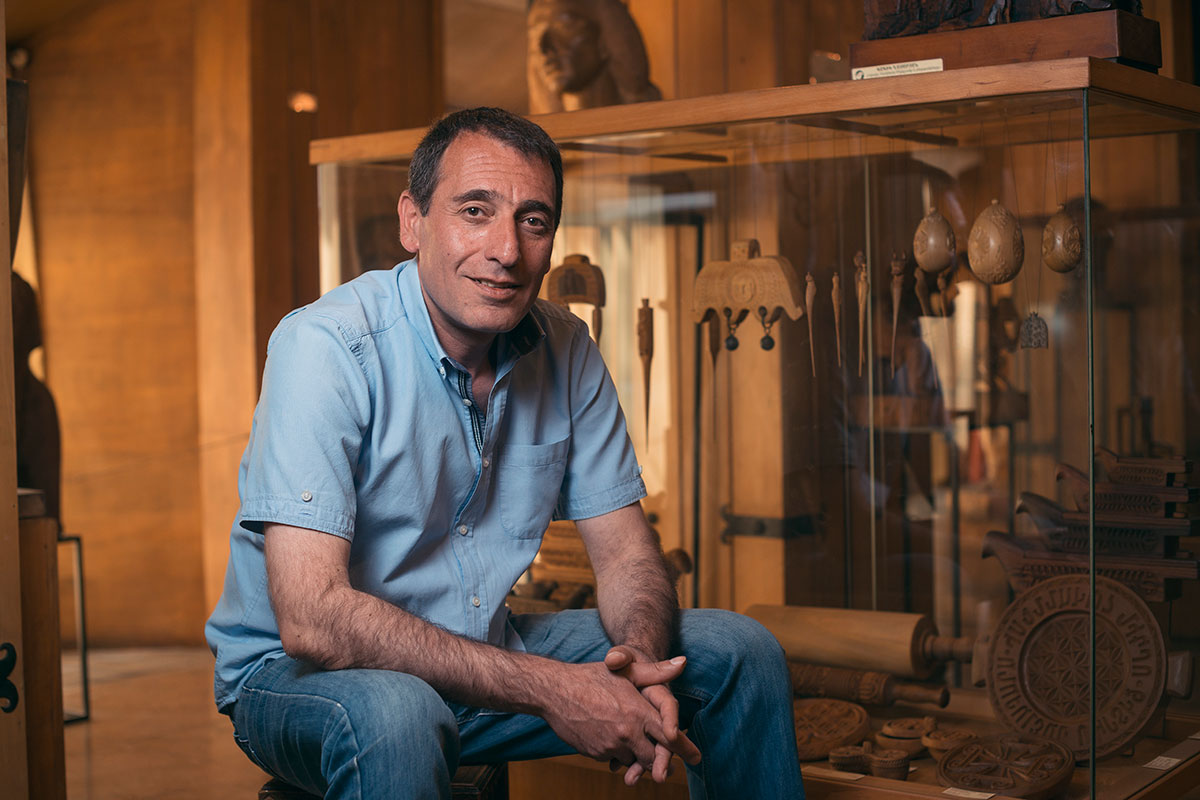 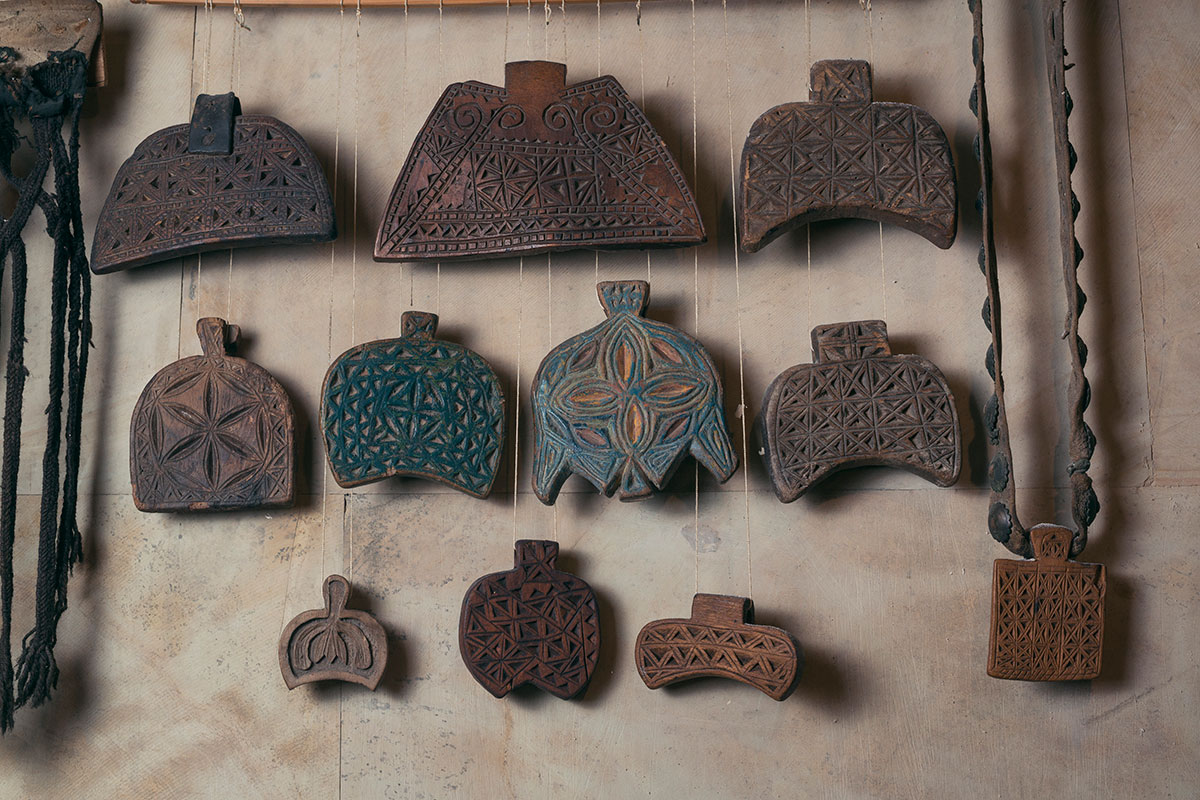 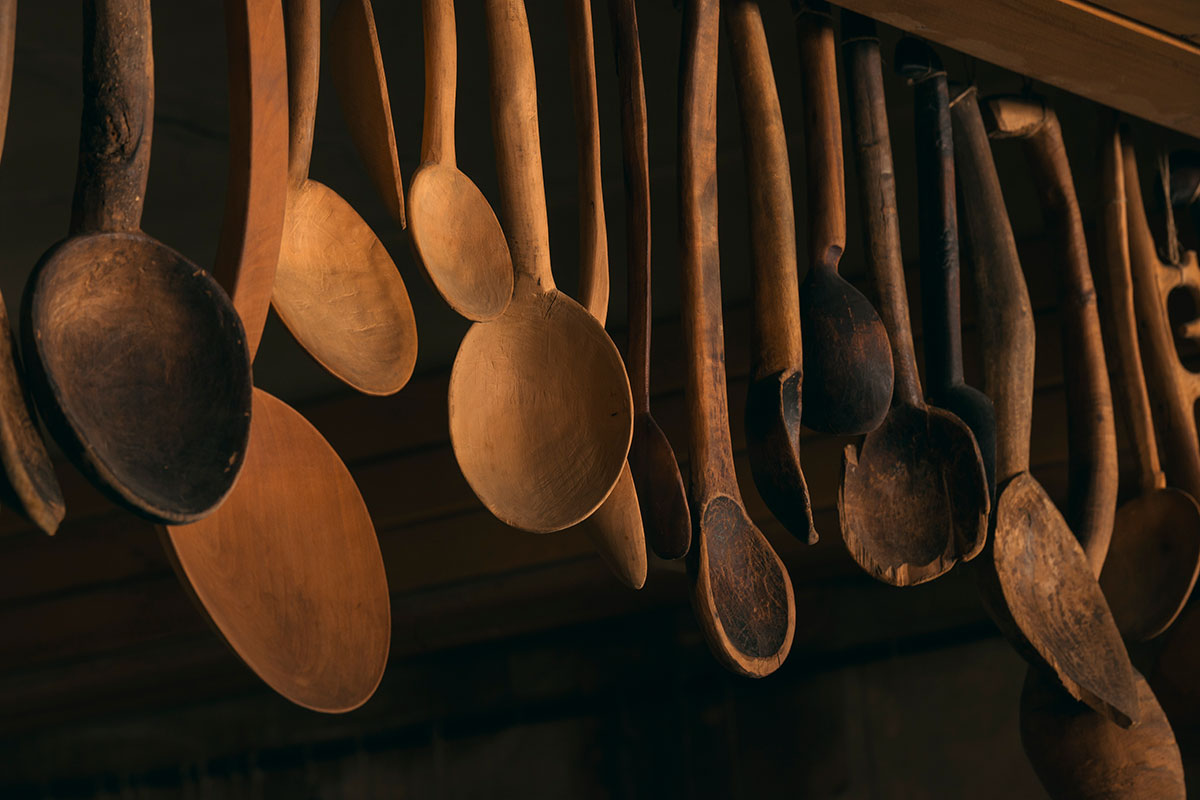 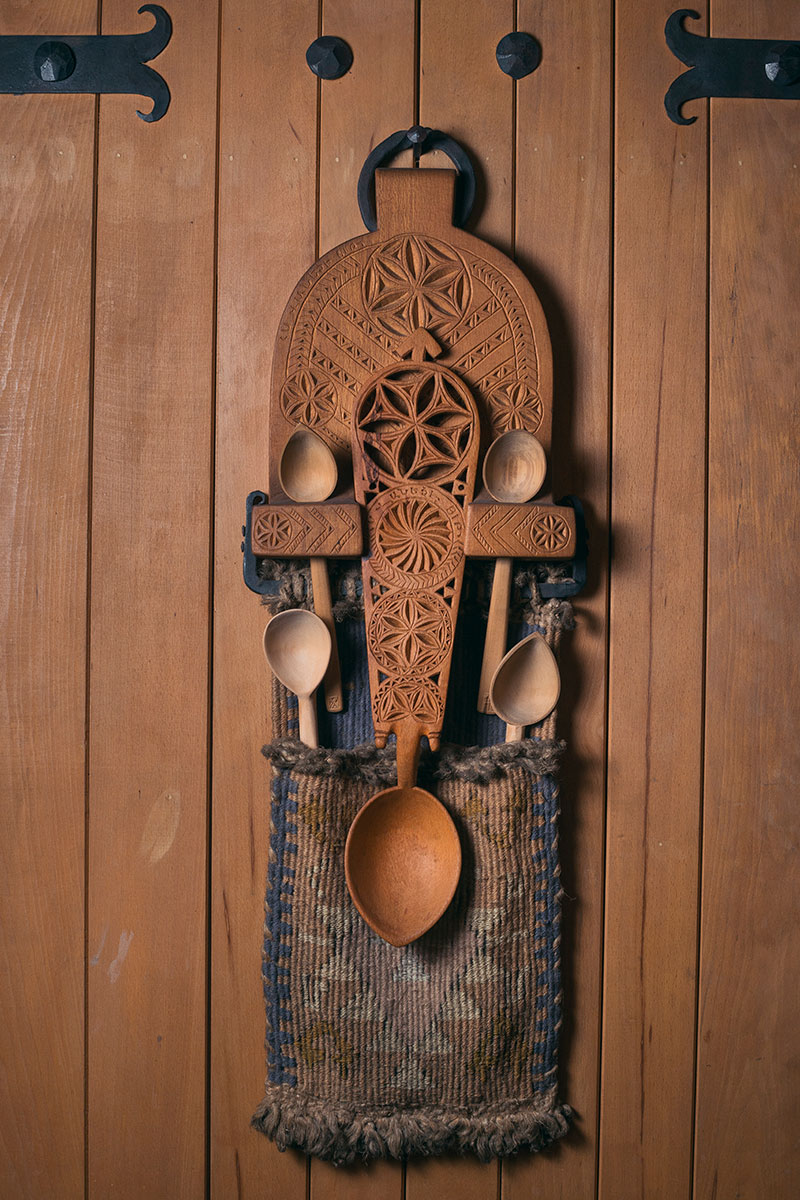 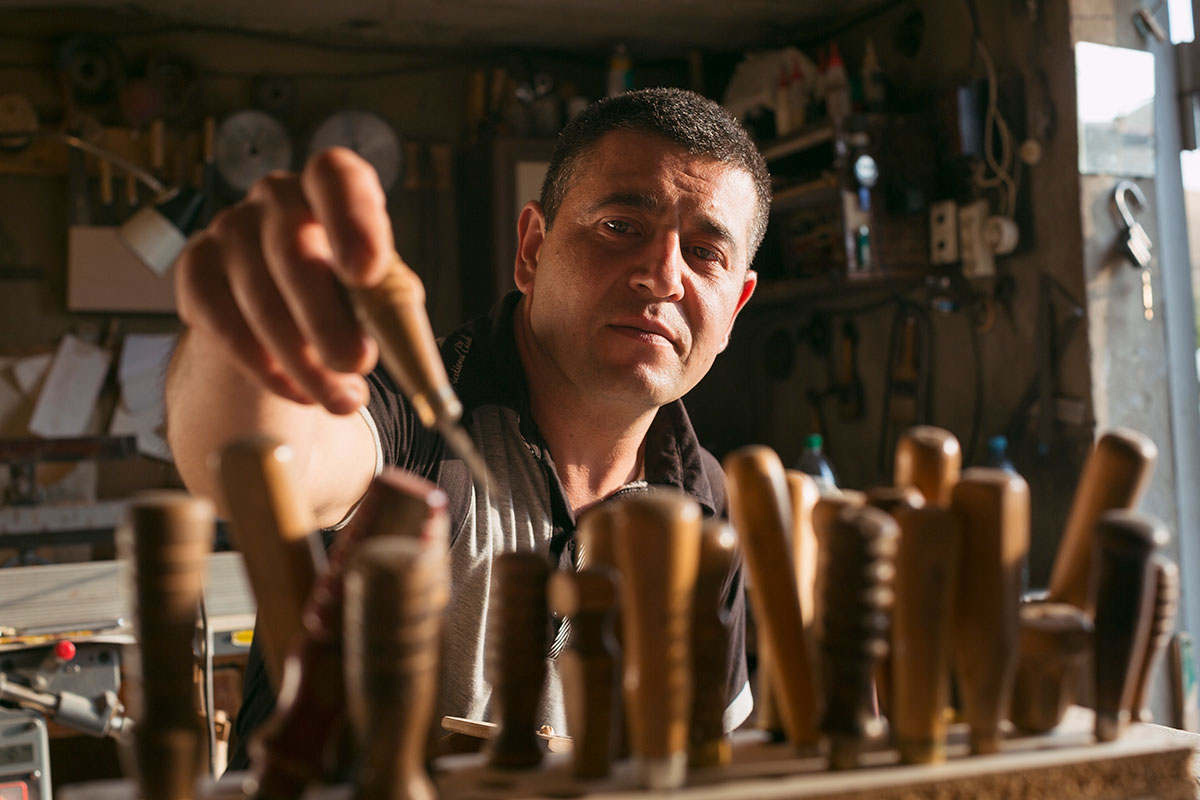 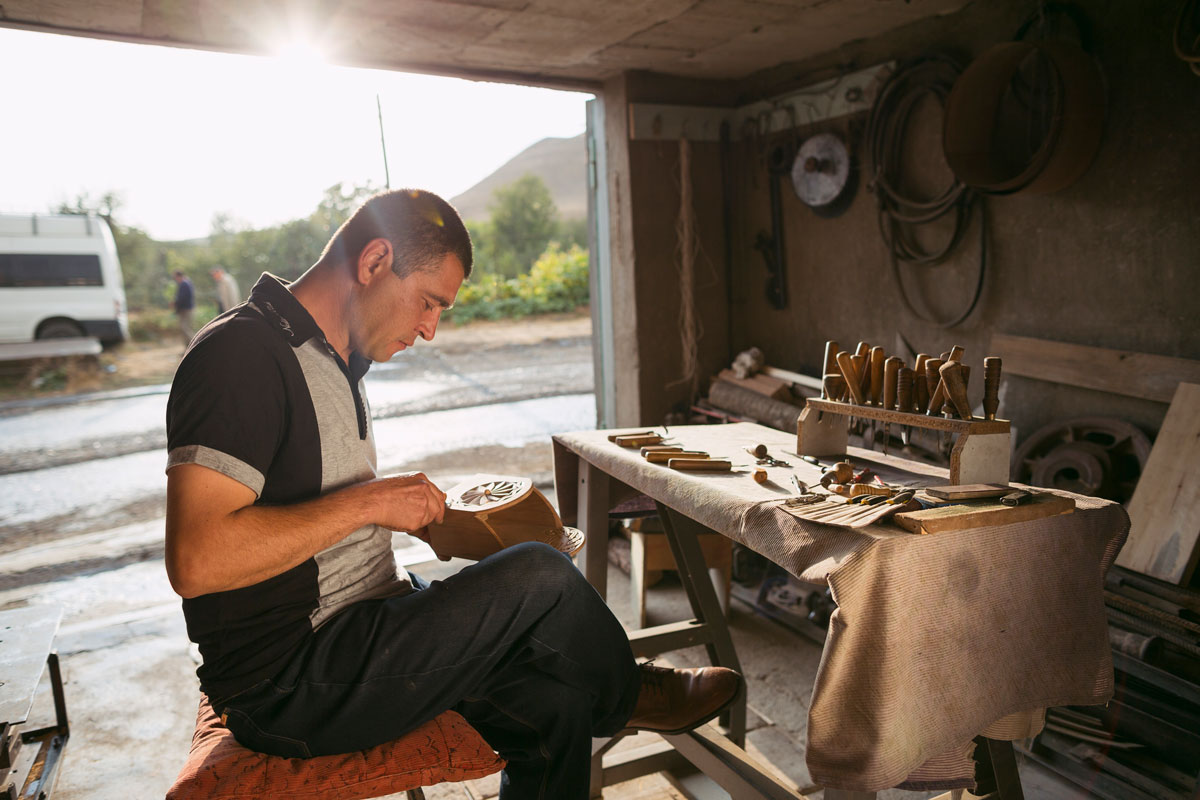 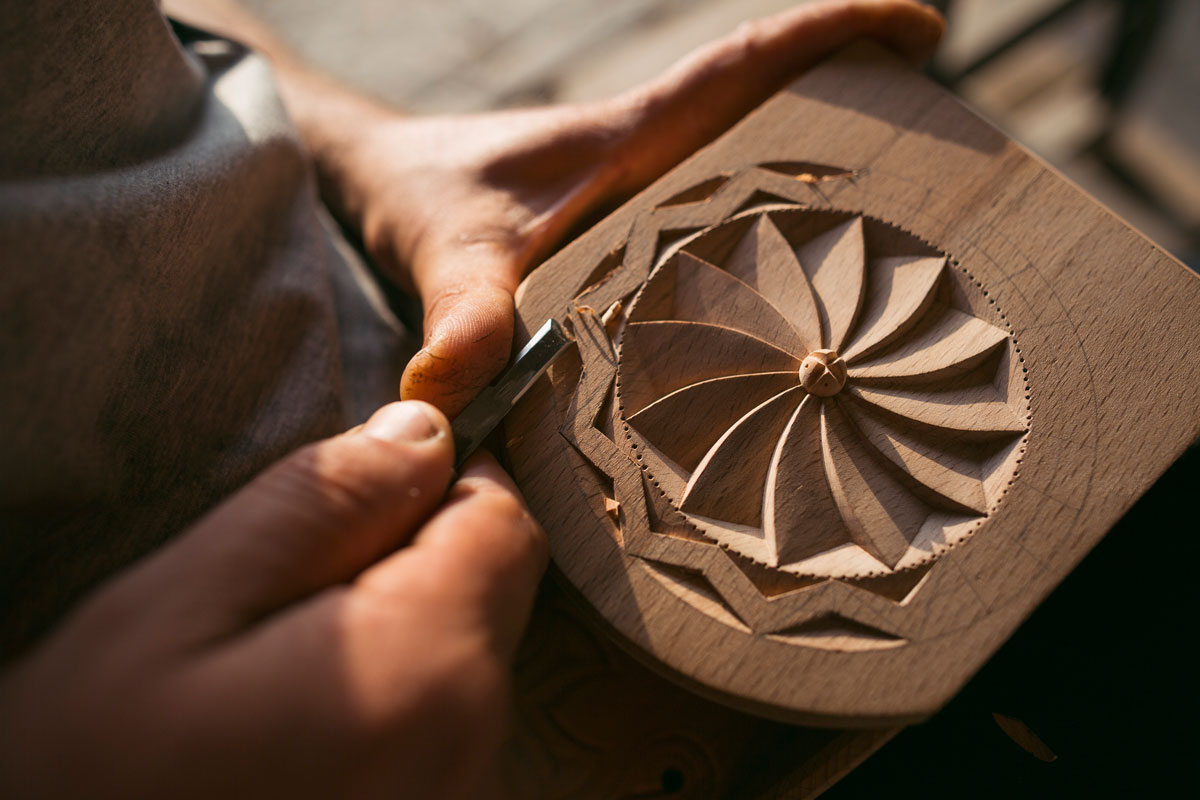 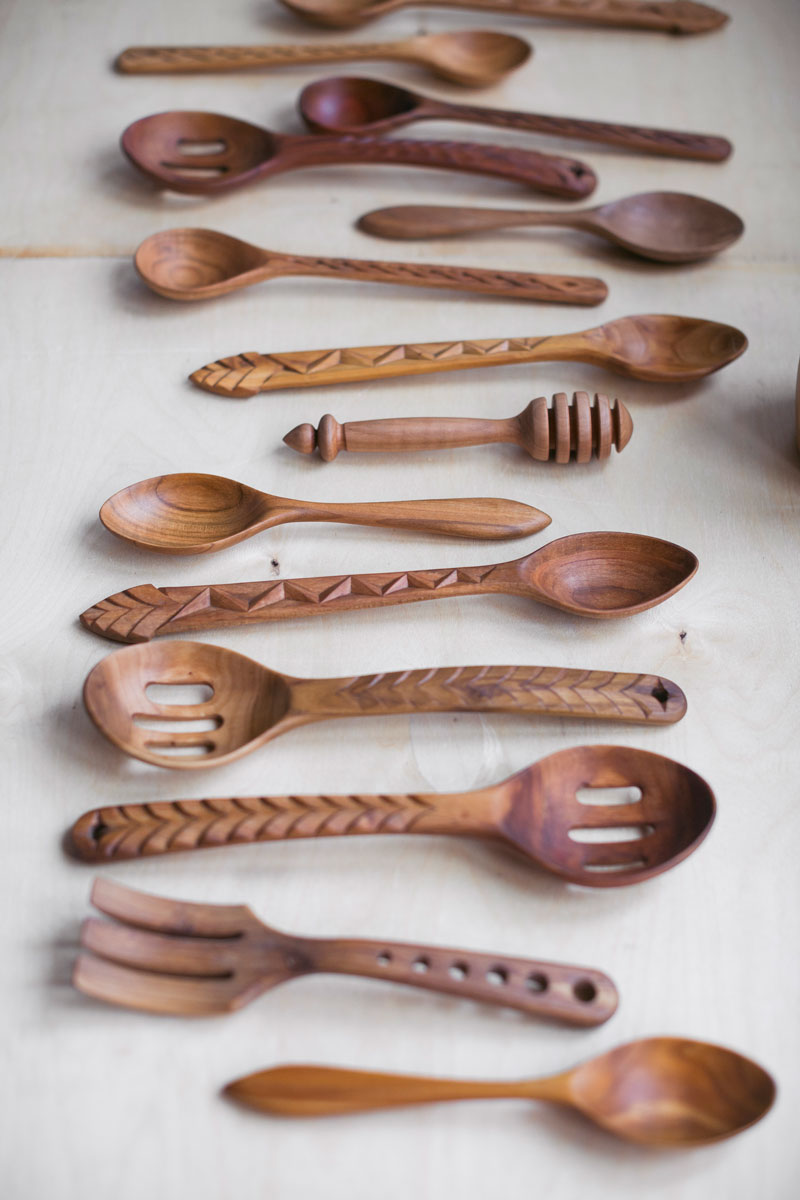 The art of woodcarvers greatly enlivened traditional homes in Armenia, which contained many wooden components, from cupola-shaped ceilings and pillars to functional furniture, bins, chests, cradles, ladles, and spoons. Although pillars were usually not engraved, the capitals were often decorated. Among the four or more pillars, one was accentuated as the “mother column,” which could be differentiated from the rest primarily by the abundance of hanging amulets and different rituals performed at or around it. This main pillar supported the house, much like (in traditional lore) the master of the home.

Woodcarvers also decorated utensils, especially those responsible for sustaining life, such as grain bins or cradles. The purposes of the decorations were not only aesthetic, but also to protect their contents from the evil eye. Woodcarvers created special amulets, known as daghdaghan, for this purpose. Today the daghdaghan serve as both home decoration and personal adornment.

As woodworking became more industrialized in the twentieth century, the craft of woodcarving faded, surviving mainly in functional and unpretentious ladles. In Soviet times, woodcarvers sometimes added Soviet symbols to the traditional wooden utensils. In the 1970s, however, a new life for woodcarving emerged, thanks in part to its revival through museums, which encouraged and commissioned new works. Gradually woodcarving returned from museums to homes. In the early 1990s, during the first unstable years of independence, a new stage of revival emerged, as many amateur woodcarvers made their hobby a profession for earning a living. 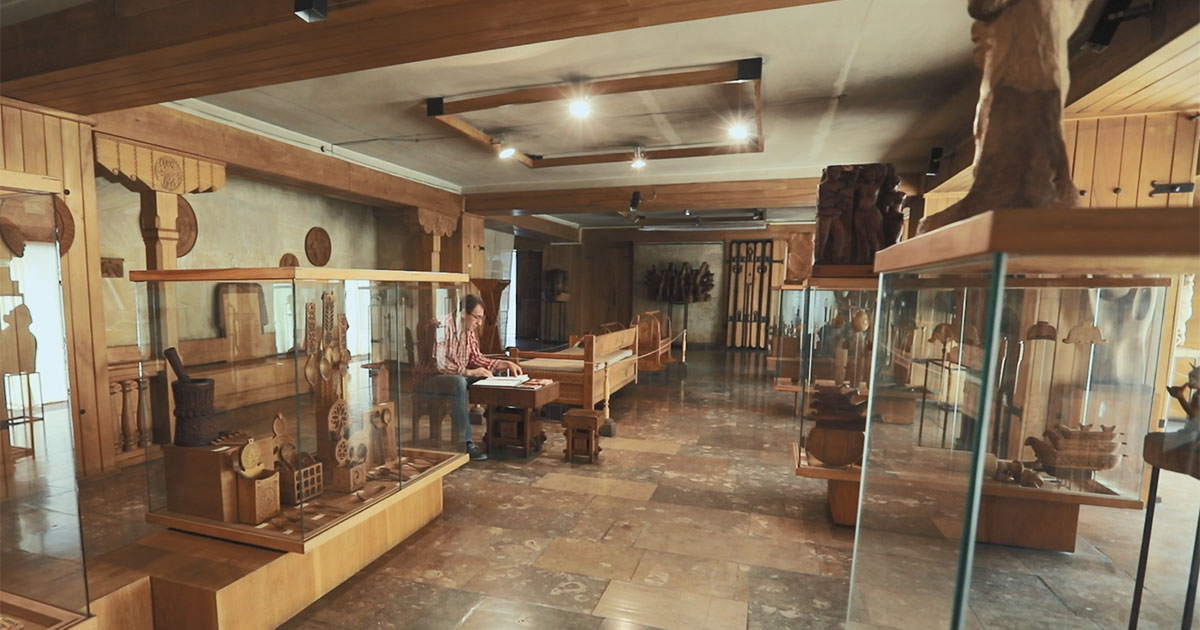 Vahagn Amiryan represents the art of woodcarving that emerged in Armenia, thanks to the Museum of Woodcarving in Yerevan and its founder Henrik Solakhyan. As the teacher and advisor to a generation of craftsmen, Solakhyan profoundly shaped woodcarving in Armenia. Founded in 1977, his museum became a workshop in the literal sense of the word for many present-day masters.

For instance, Amiryan began attending this “workshop” in 1979, when he was only twelve years old. Amiryan is also a historian, using his profession to delve deeper into the history, traditions, and symbolism of woodcarving. “Wooden artifacts can tell us inexhaustible stories about peoples’ lives and customs,” he explains. “About the culture of bread, kitchen habits, and so on.” During the Folklife Festival, Amiryan carved the capital of the mother pillar, which is the symbolic axis of the home. 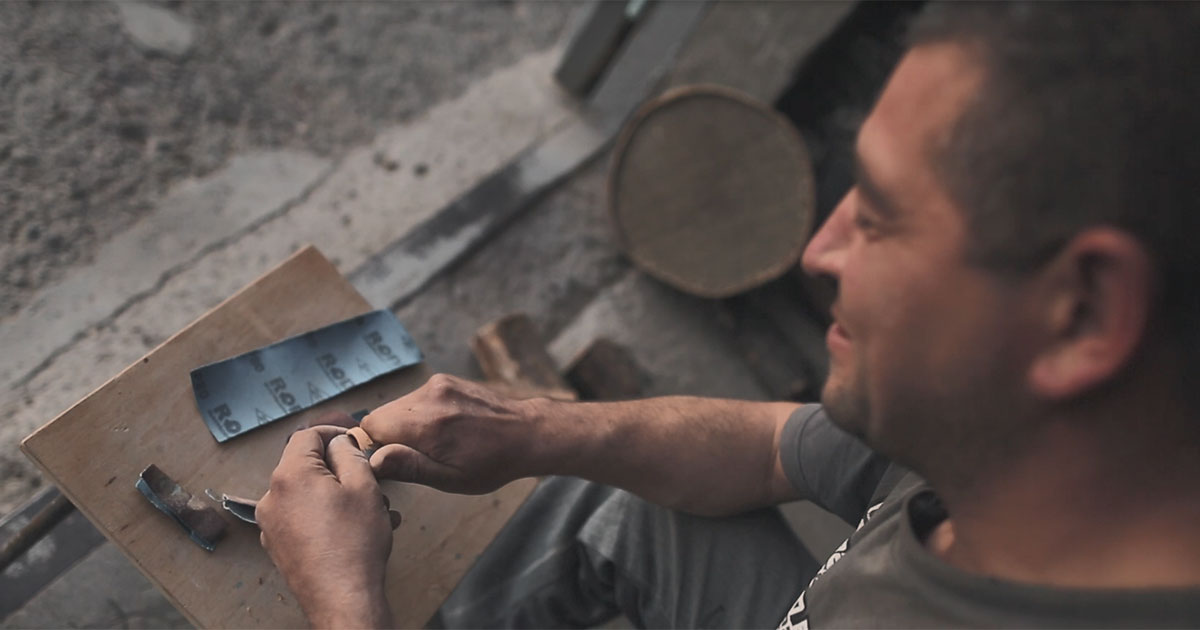 “This work requires patience. It energizes me. Otherwise, I wouldn’t do this job. A hobby, peace of mind, freedom… That’s what life is all about.”

Armen Ohanyan is a woodcarver from the small town of Sisian, who first learned basic woodcarving skills in a week from a friend while serving in the army. Several years later, Ohanyan’s participation in the “My Handmade Armenia” project, in the scope of the My Armenia cultural heritage tourism joint program by the Smithsonian Institution and USAID, inspired him to focus on woodcarving and to transform his life. The program’s intensive training enabled Ohanyan to discover the messages of wood and to create new items deeply rooted in Armenian woodcarving traditions. Ohanyan’s spoon boxes, ladles, amulets, dough stamps, and more link local cultural stories to craft skills and heritage.