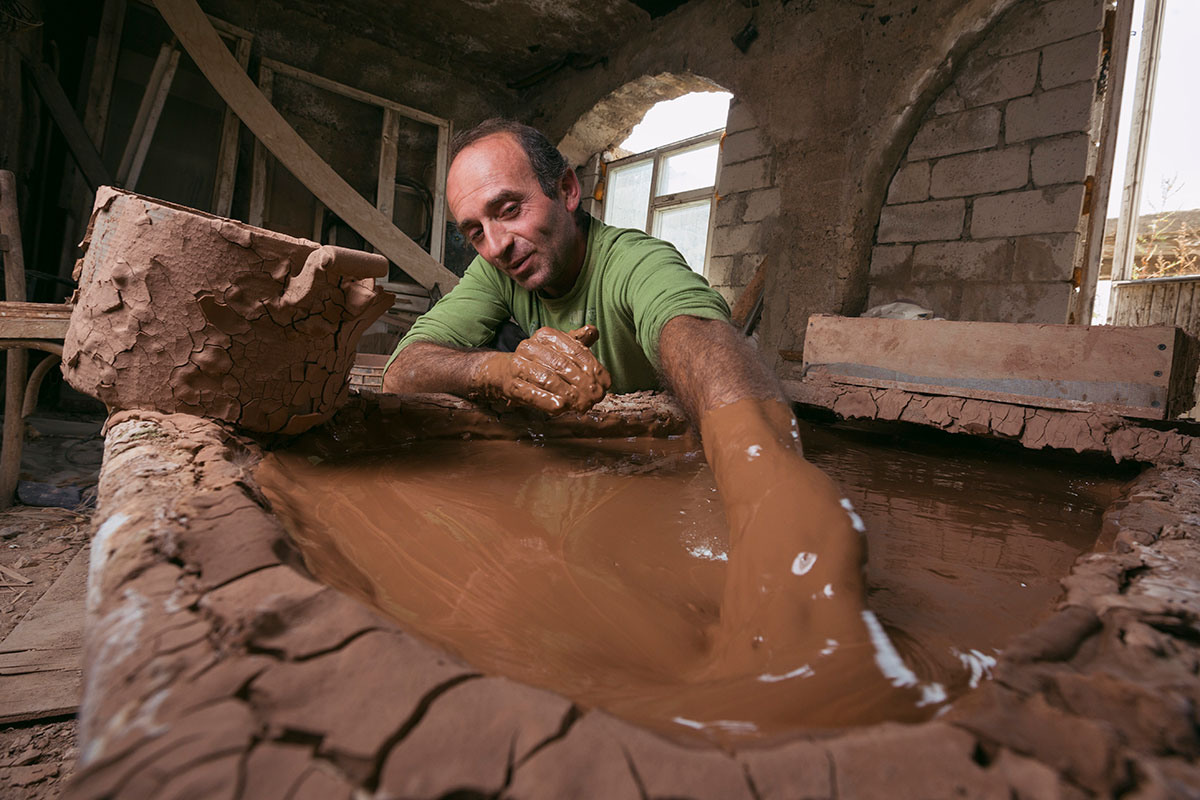 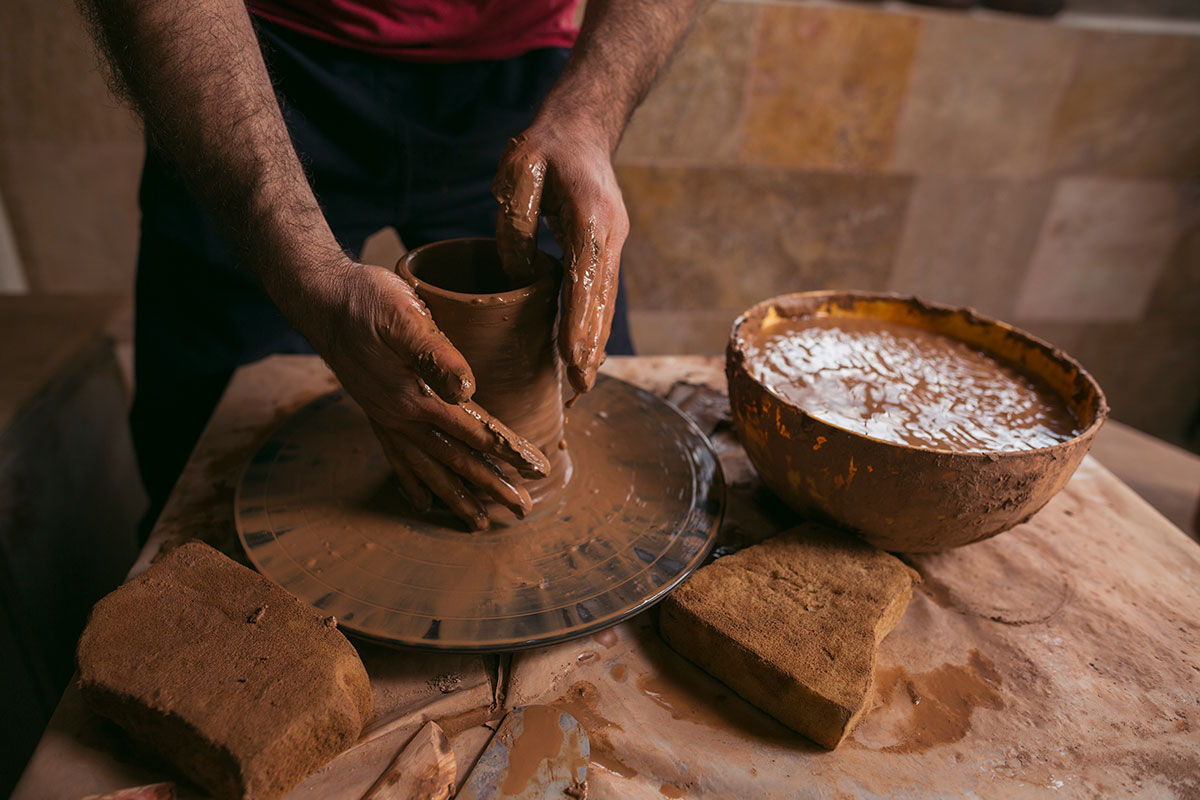 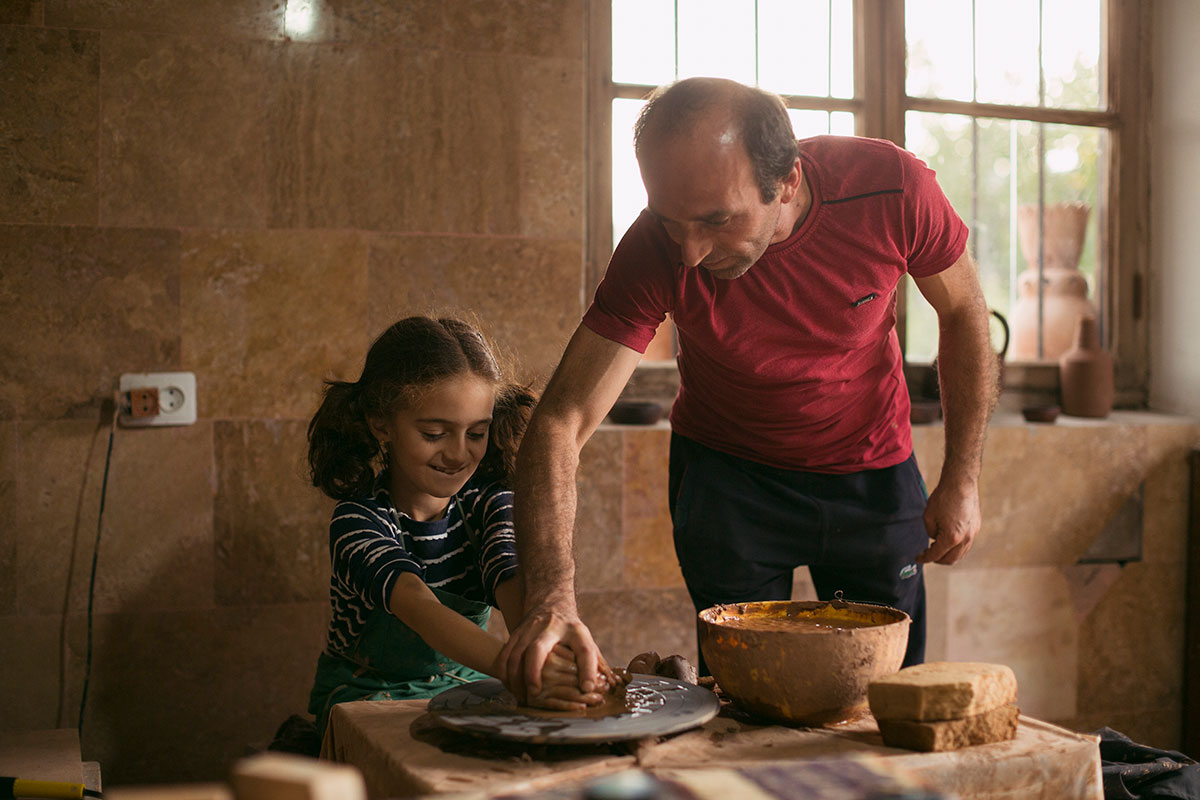 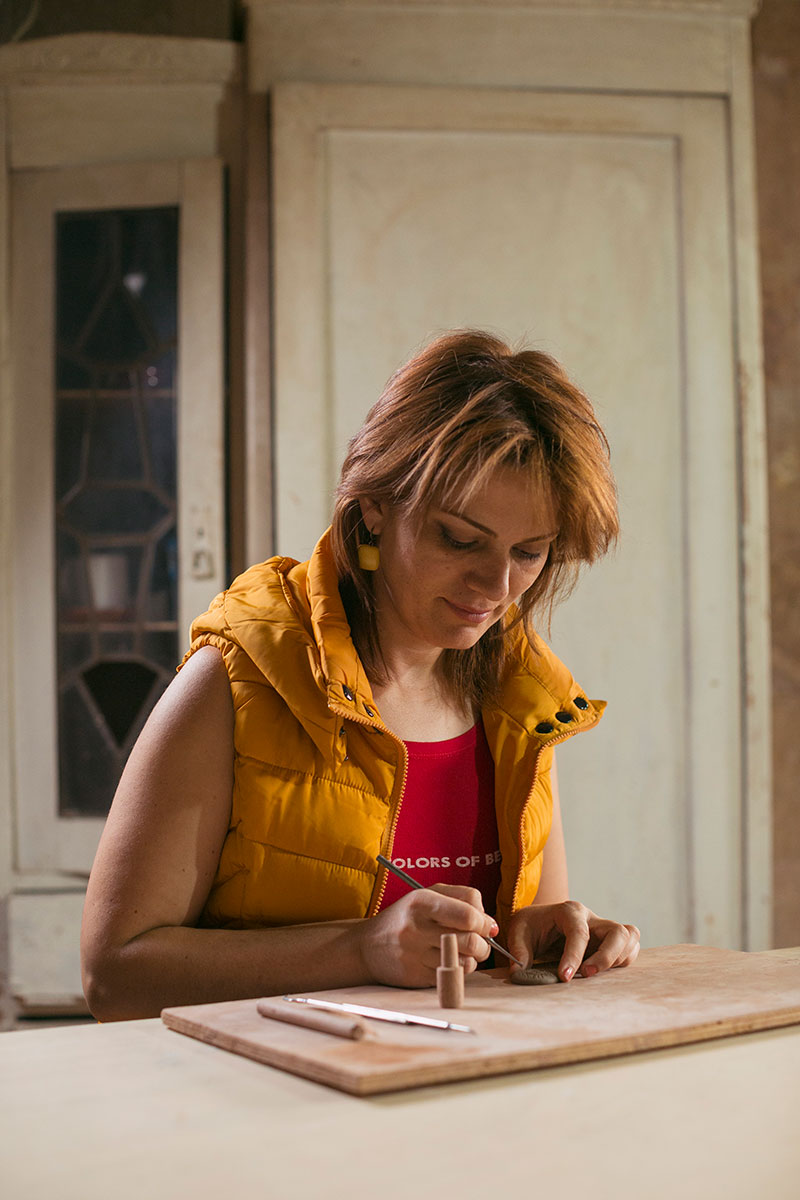 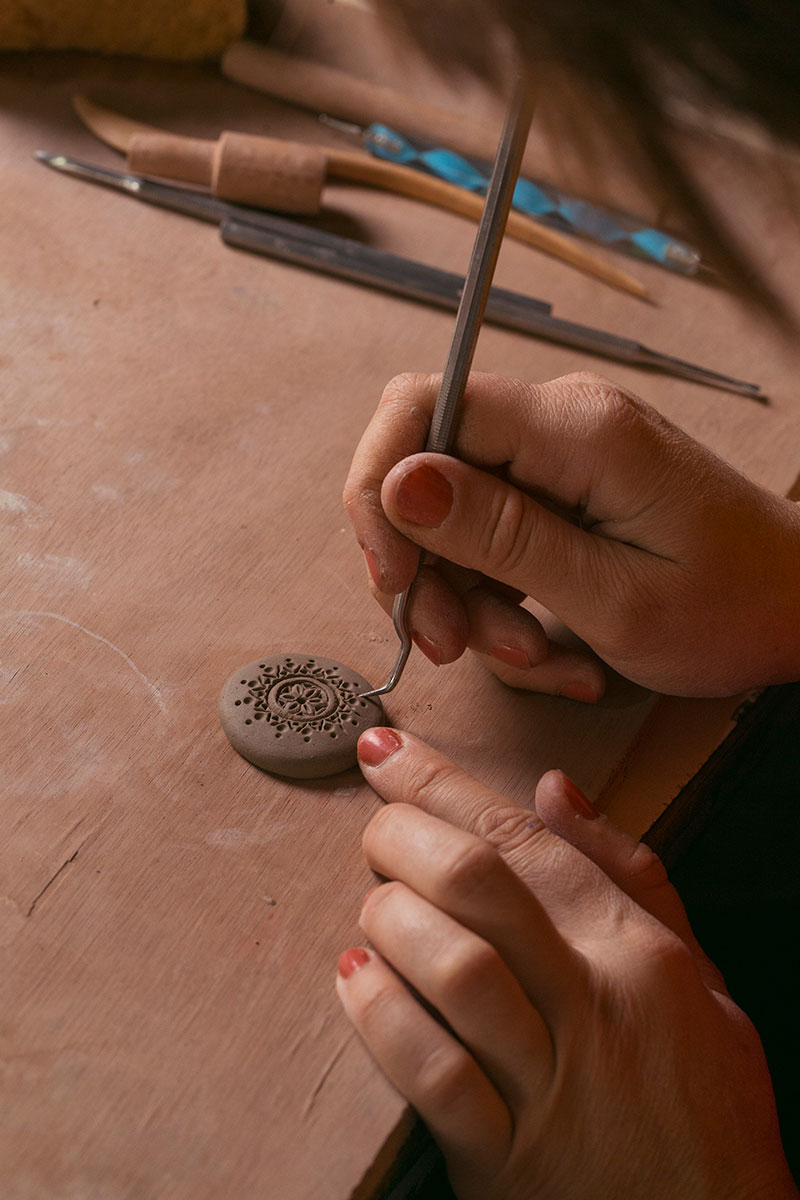 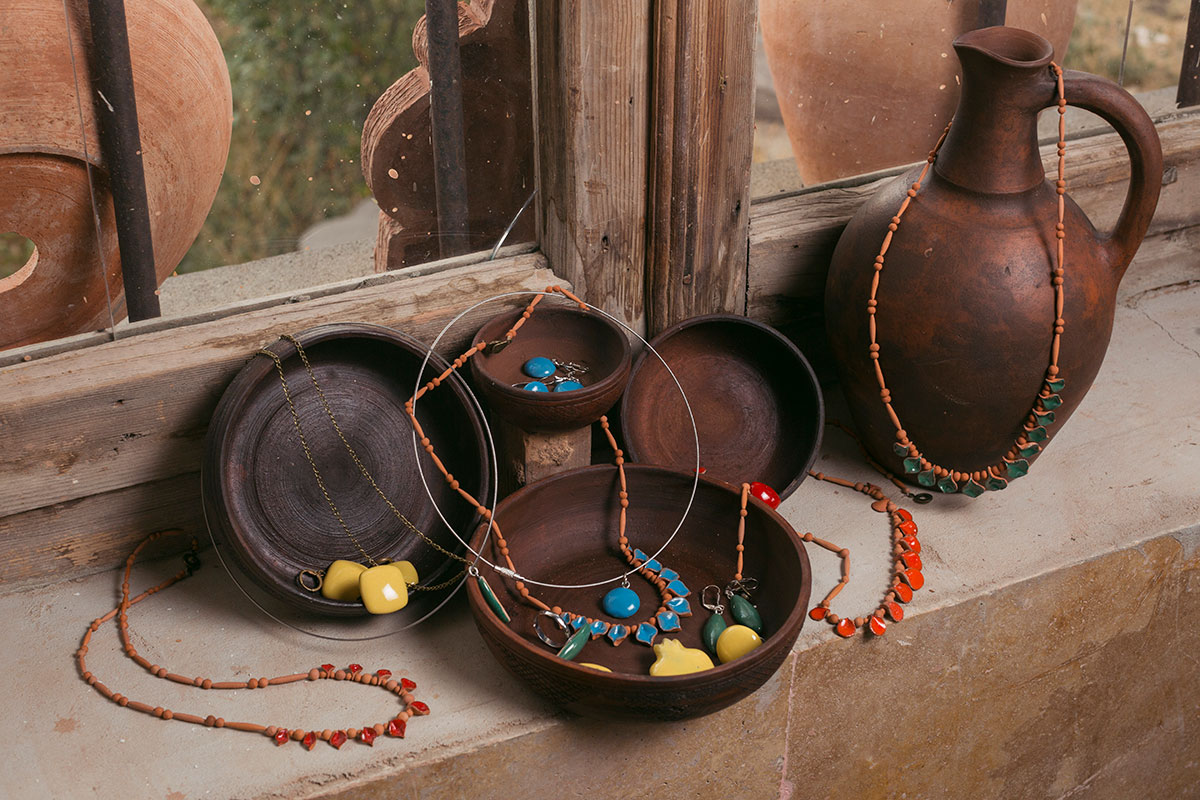 Pottery is one of the oldest Armenian traditions, dating back to the third millennia BCE. Large vessels to carry water, preserve foods, and store wine were found in the ruins of ancient dwellings, often with etchings of deer, fish, trees, the sun, and mythological creatures like dragons and serpents.

Throughout the nineteenth and twentieth centuries, Armenian women created distinctive salt jars in the shape of a pregnant woman. These earthenware vessels ranged from one to three feet in height, built from coils of clay, and fired at low temperatures in a traditional sunken hearth, known as the tonir.

The feminine shape of the salt vessels could be either fully realistic—with a face and even details of costume and adornment—or abstracted, without a face. The one feature all salt jars have in common is a pregnant belly with an open navel, through which the salt is filled and dispensed. The origin of these vessels and their symbolism is unknown, due to the lack of archaeological and written documentation.

As the cost and ritual significance of salt declined, women ceased to produce these containers. However, in the 1960s, the vessels’ unusual shape attracted male potters who began making smaller versions as souvenirs, rather than for their traditional function. 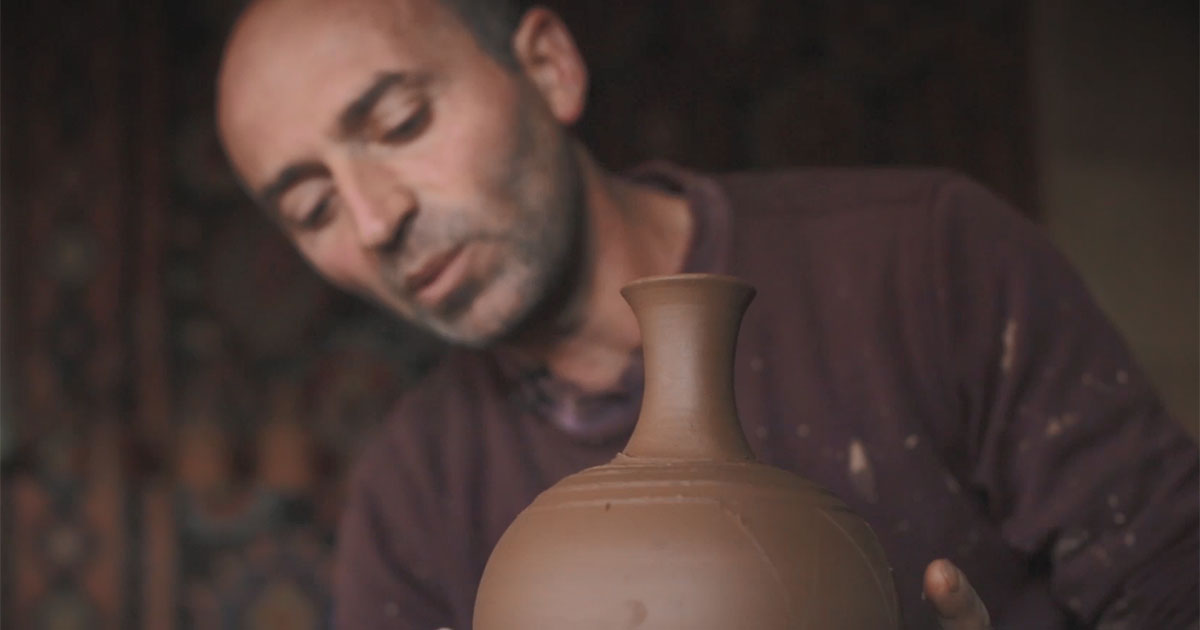 “While working with clay, I am forgetting about almost everything around.”

Ceramic designer Vahagn Hambarzumyan founded Sisian Ceramics in 2004. Today he and his wife, painter Zara Gasparyan, work together to help develop and sustain Armenia’s cultural heritage—especially ceramics—in southern Armenia. During Soviet times, many ancient traditions faded, due to rapid industrialization and urbanization, but are now coming back. Individuals like Hambarzumyan and Gasparyan are sharing their knowledge and skills with anyone interested in the traditions that were lost. The pottery they create in Sisian is helping them to link ancient traditions to decorative art while developing local capacity in ceramics and promoting local tourism development in Sisian.