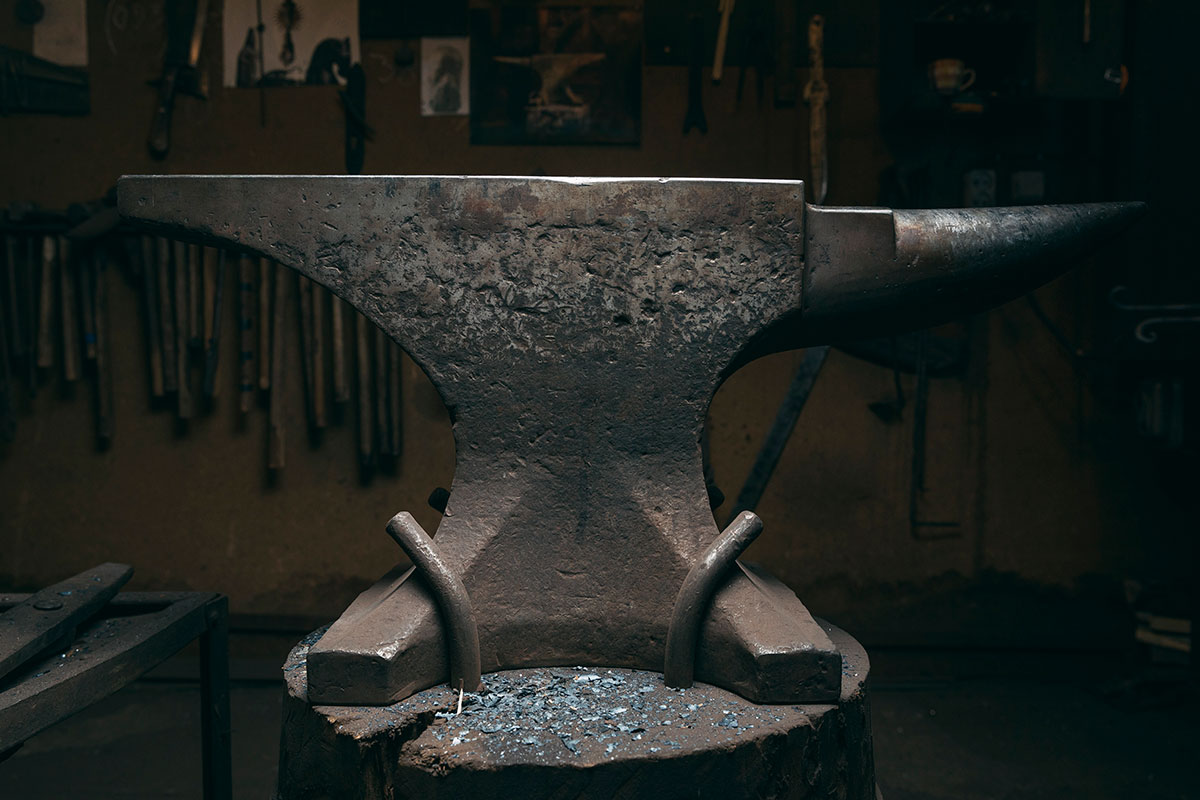 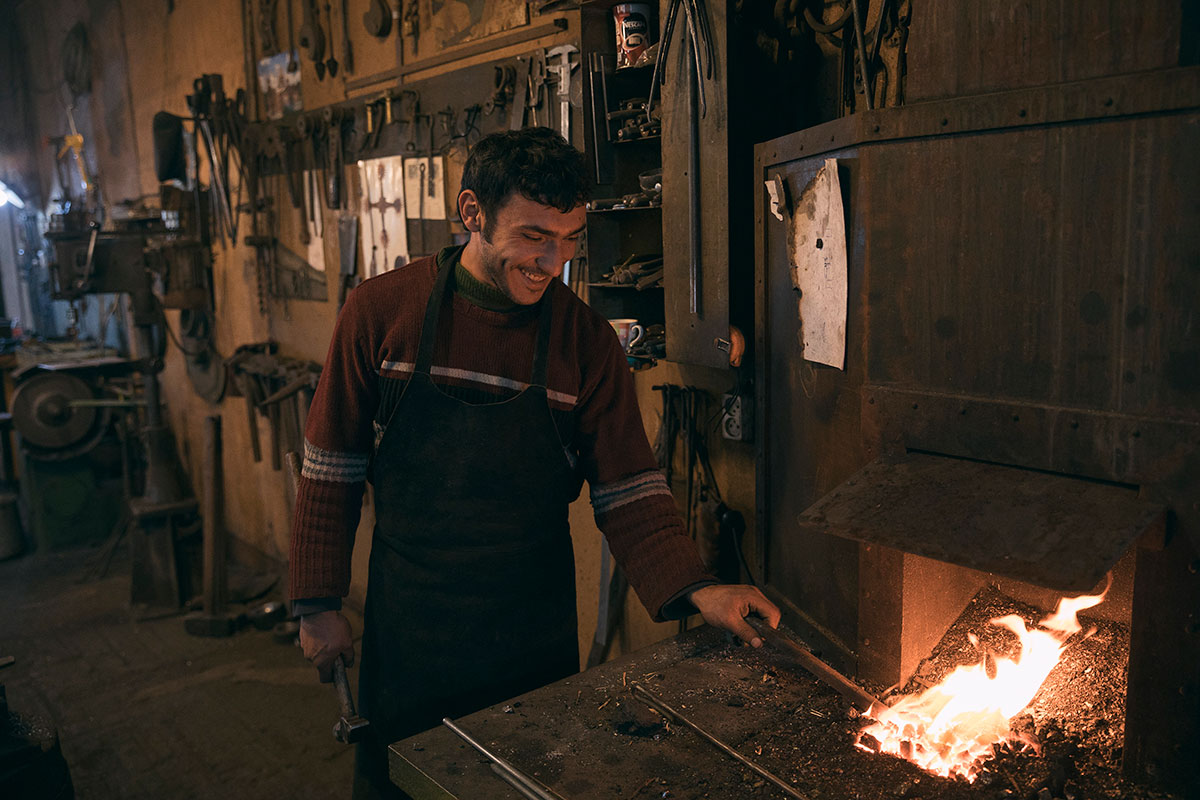 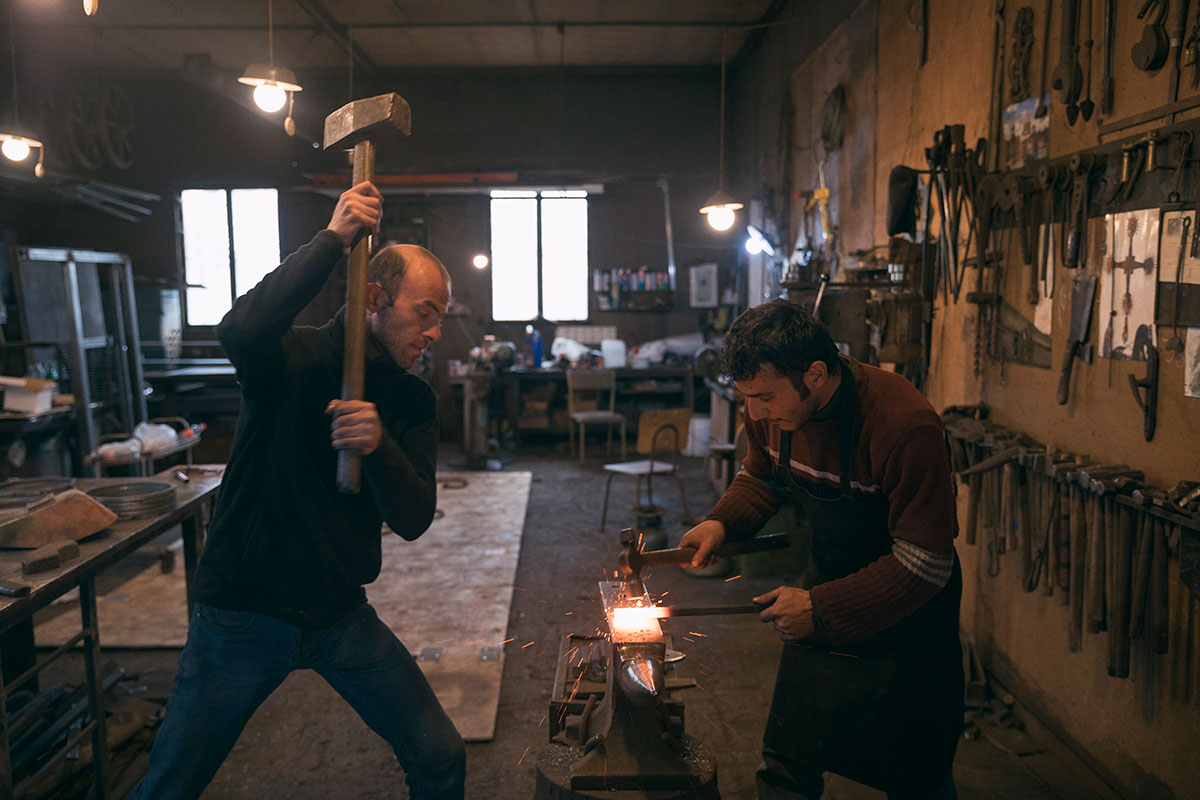 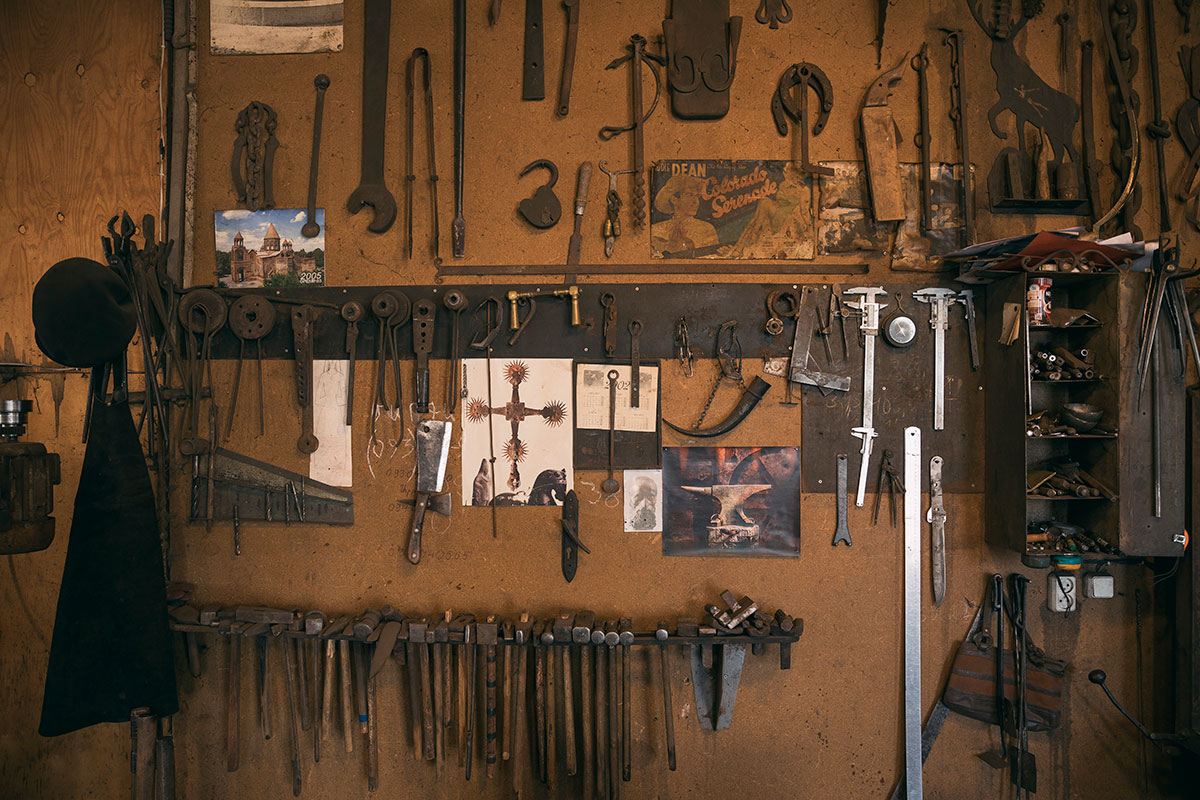 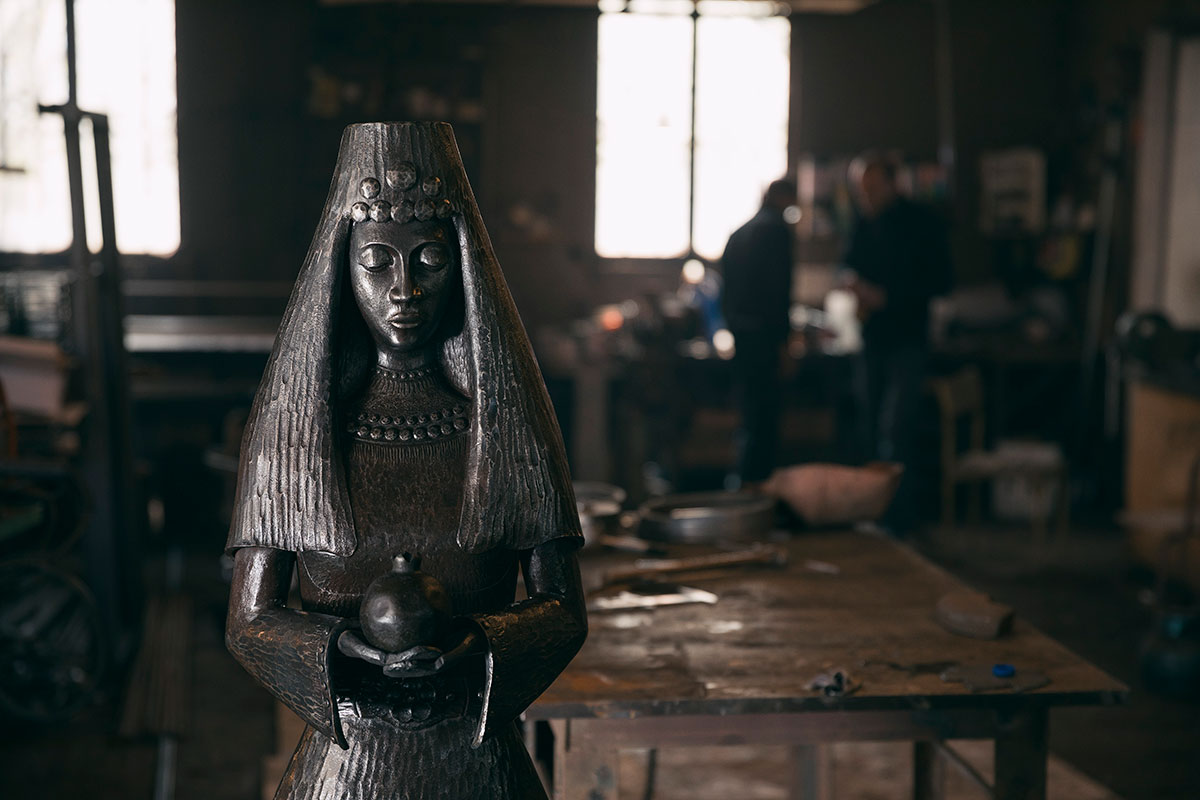 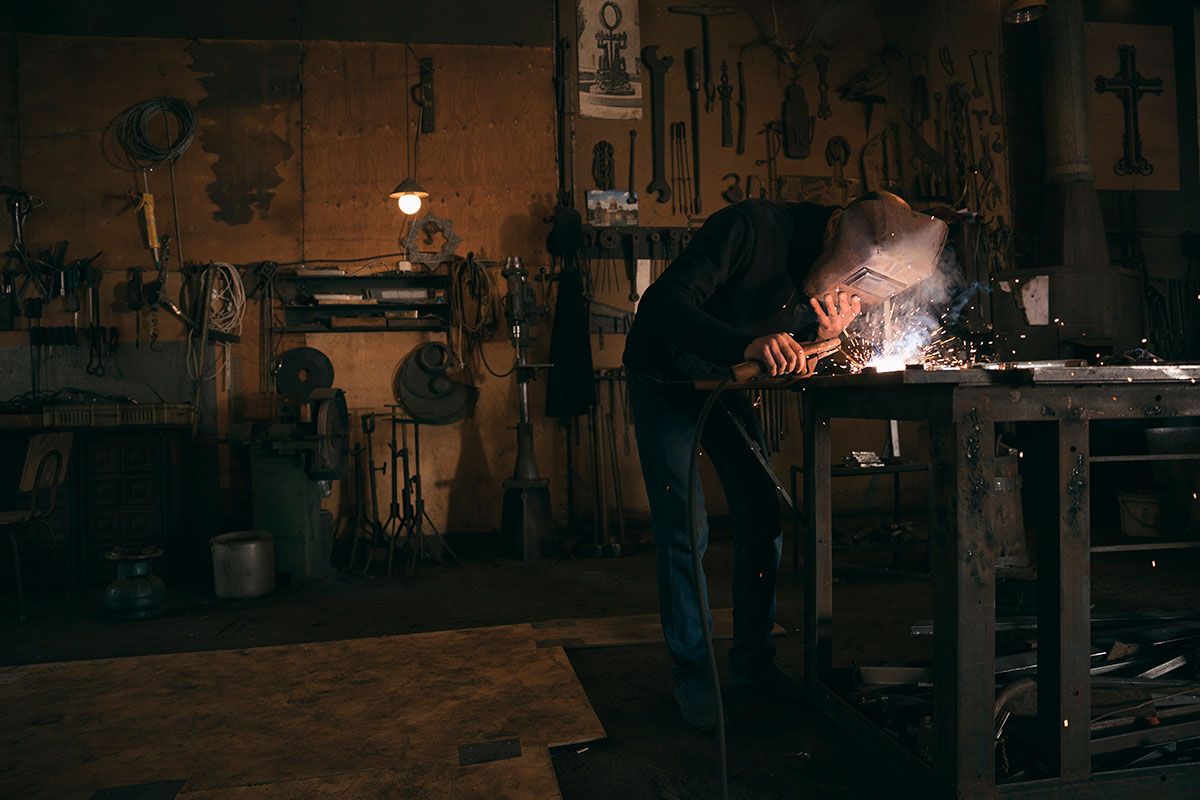 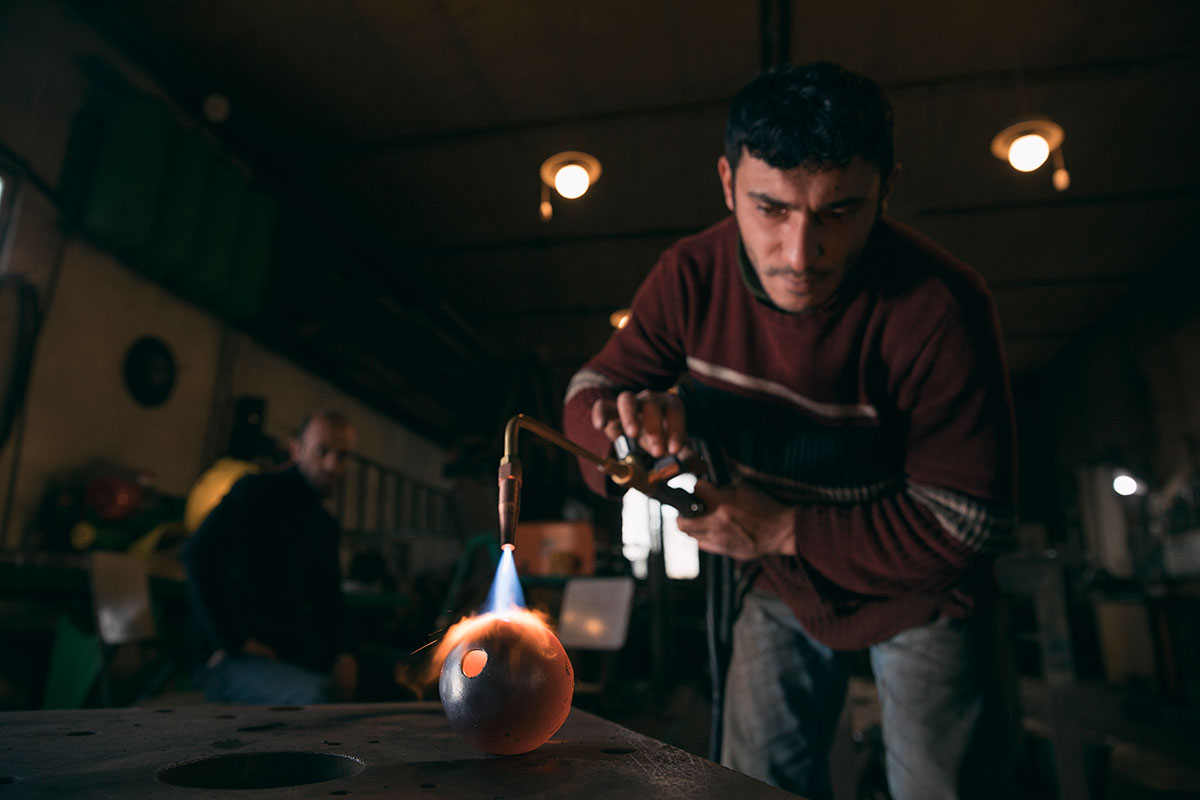 In the Ararat valley, about seventeen miles from Armenia’s capital of Yerevan, archaeologists discovered one of the oldest metallurgic centers of the Caucasus and Middle East, dating back to the third millennium BCE and demonstrating that inhabitants of the present-day and historical territory of Armenia have used metals intensively through the ages.

In a nineteenth-century village, the blacksmith worked in a central craft workshop and was often the only one housed in a separate building. Because blacksmiths “tamed the fire” and—like demiurges—could create the most important things for the people, the community greatly respected them. The blacksmith was called “craftsman of craftsmen,” since he was creating all other craftsmen’s tools.

The sound of the smith’s hammer on the anvil was the sign for other craftsmen to start their day’s work, which lasted until the smithy fell silent. According to legend, when the chains of the dragonish prince Artavazd, who was imprisoned in a cave on the peak of the Masis (Ararat) Mountain, were getting dangerously thin, the blacksmith delivered several heavy blows on the anvil to strengthen the chains. This and other magical actions related to his craft positioned him close to the mythological thunder god and inspired the expression, “The blacksmith is the only man whom the devil is afraid of.” This explains why the blacksmith led the communal circle dances during the most important festivals and ritual events.

With the proliferation of industrial tools today, the blacksmith no longer plays the role of Fighter against Evil. However, communities still respect their blacksmiths, whose traditions still pass from father to son. When it becomes necessary to create something creative, safe, and beautiful, Armenians still turn to their local blacksmith. 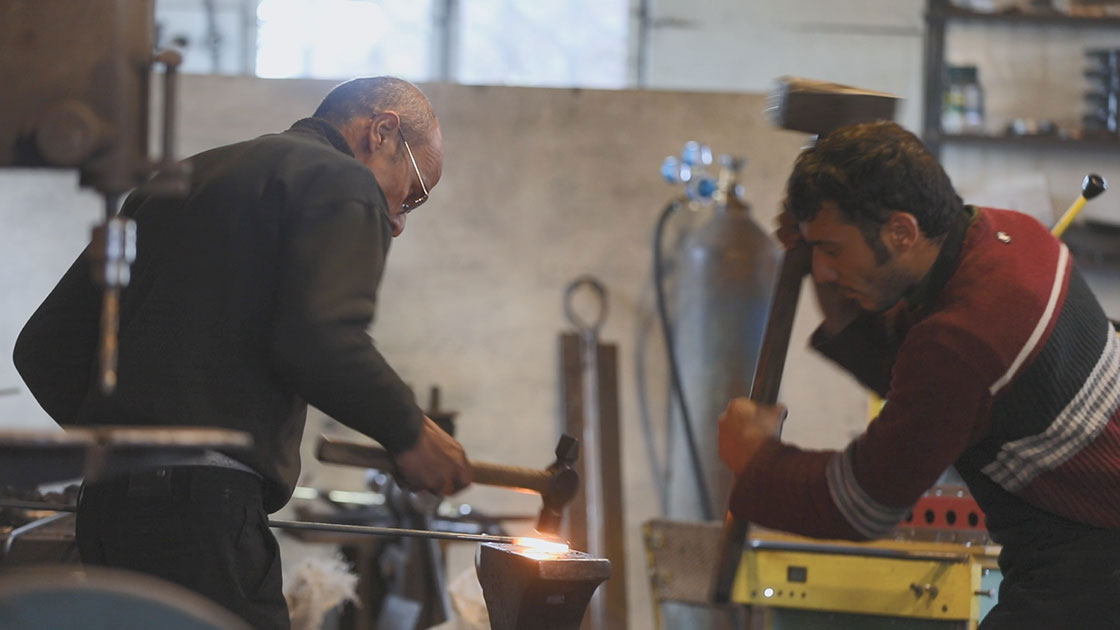 Hovhannes Mnoyan is a blacksmith from a family with generations-long traditions in Gyumri, known as a “city of crafts and art” and a “city of craftsmen.” Mnoyan’s grandfather was a famous blacksmith during Soviet times—not only locally in Gyumri, but also throughout Armenia—for making gates, chandeliers, railings, window bars, fountains, and more. His grandfather (also named Hovhannes) learned blacksmithing from his maternal uncle.

With his brother and father, Mnoyan runs a workshop in Gyumri, taking orders both locally and as far away as Russia. He seeks to “move from craft to art” with increasing levels of creativity. Unusual in this case is that Mnoyan took the title of master from his grandfather, not his father, who explains, “In the end, I did not manage to become a master. First I was the apprentice of my father Hovhannes, and now I am the apprentice of my son Hovhannes.”

Garik Papoyan also works as a blacksmith in Gyumri, coming from a family of wheelwrights. One of his famous ancestors, known locally as “Chopur Tatos,”settled in the city in the nineteenth century. With his well-known father and grandfather (Master Polik), he has worked as a blacksmith since age fourteen, currently operating a workshop adjacent to their house. They produce items for house interiors, sculptures, and decorative items, as well as national ornaments, such as the tree of life, pomegranate, and embroidery-like bars. They take orders from Gyumri and throughout Armenia. Papoyan has inherited the flag of the Blacksmiths’ Guild of Alexandropol, which he hopes to convey to subsequent generations.