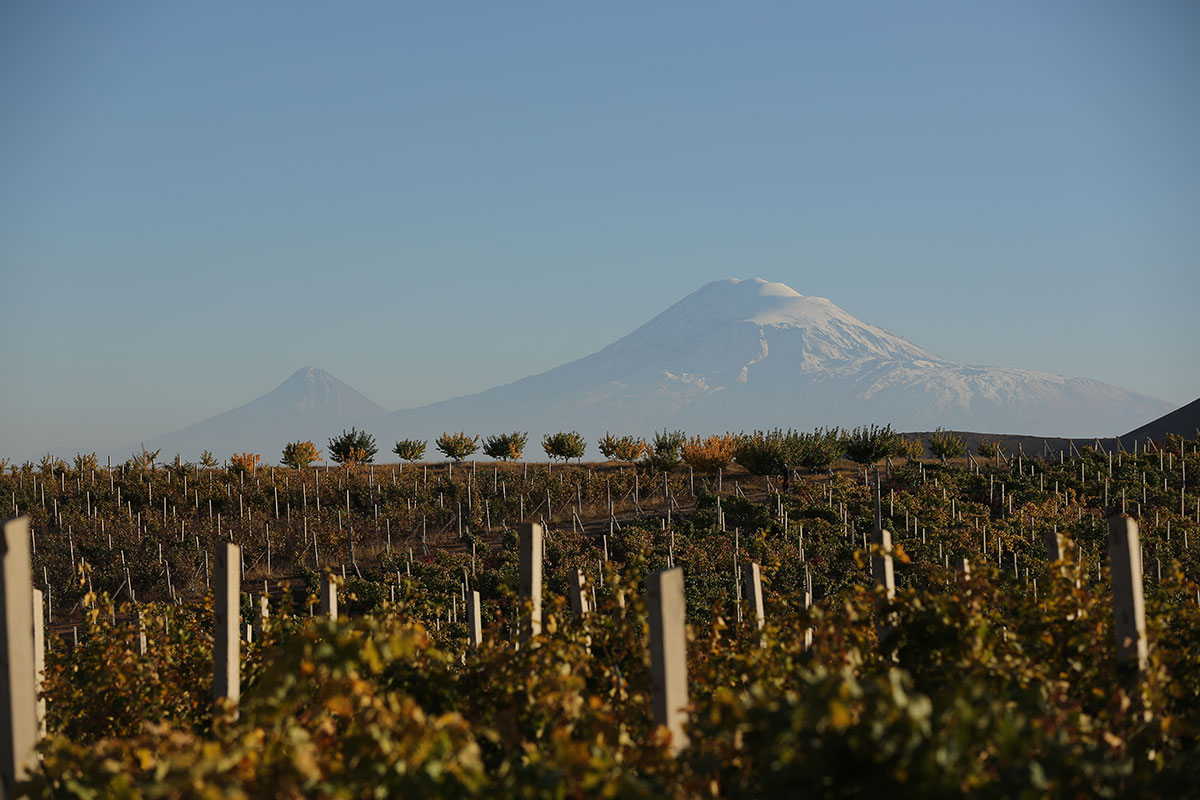 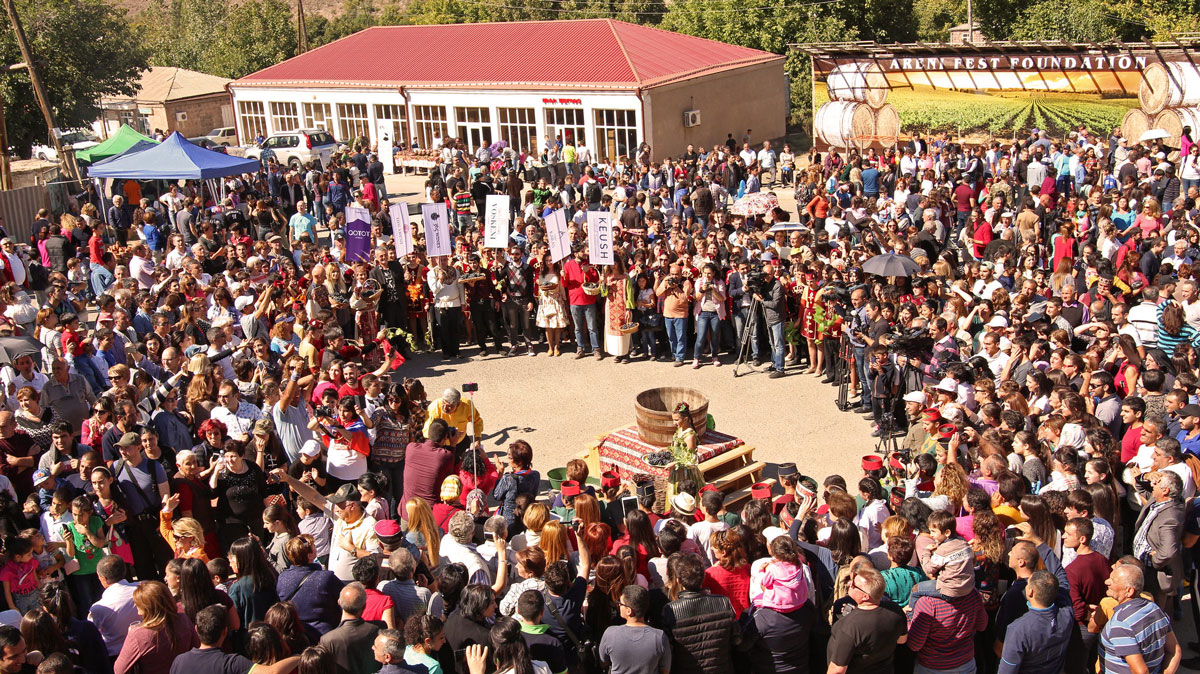 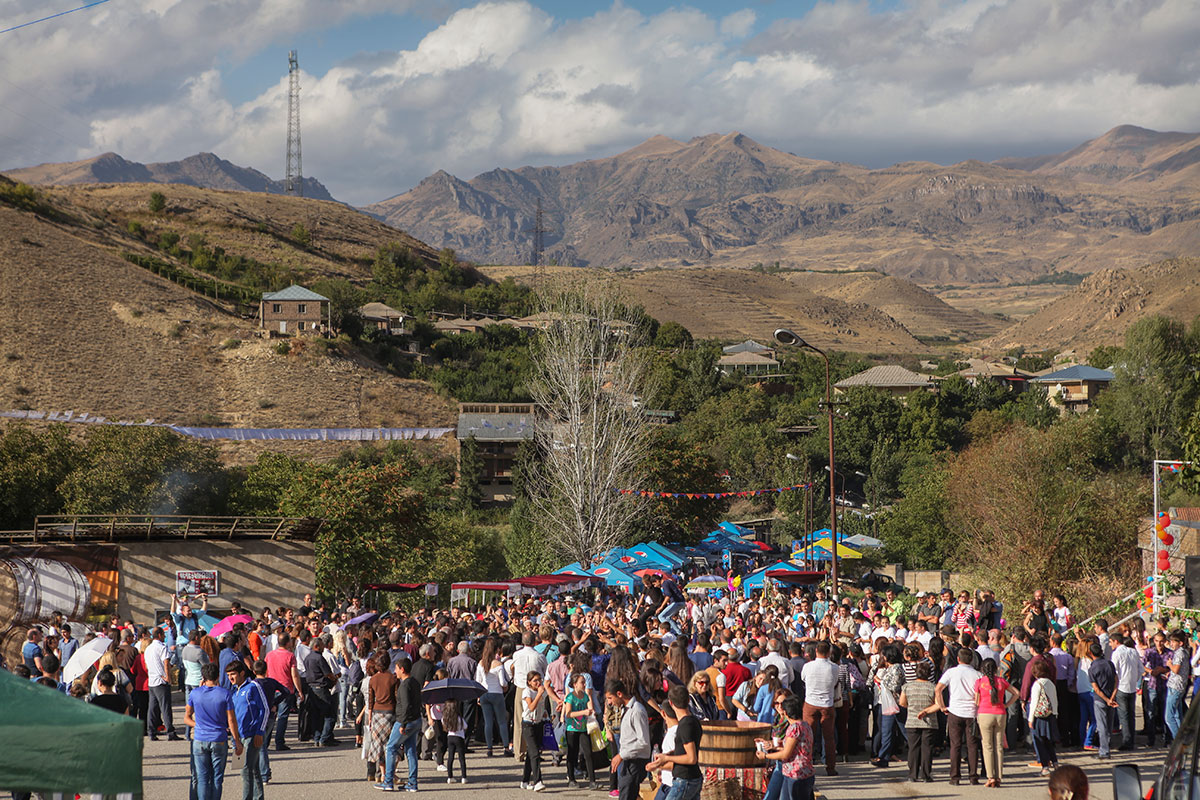 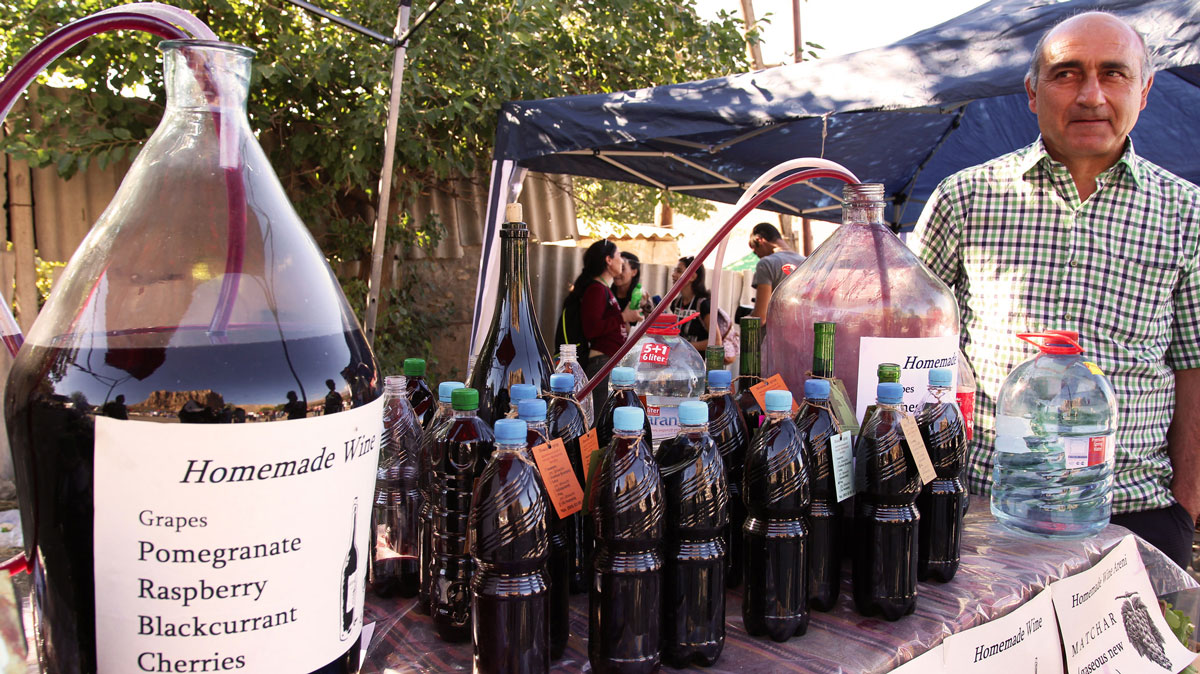 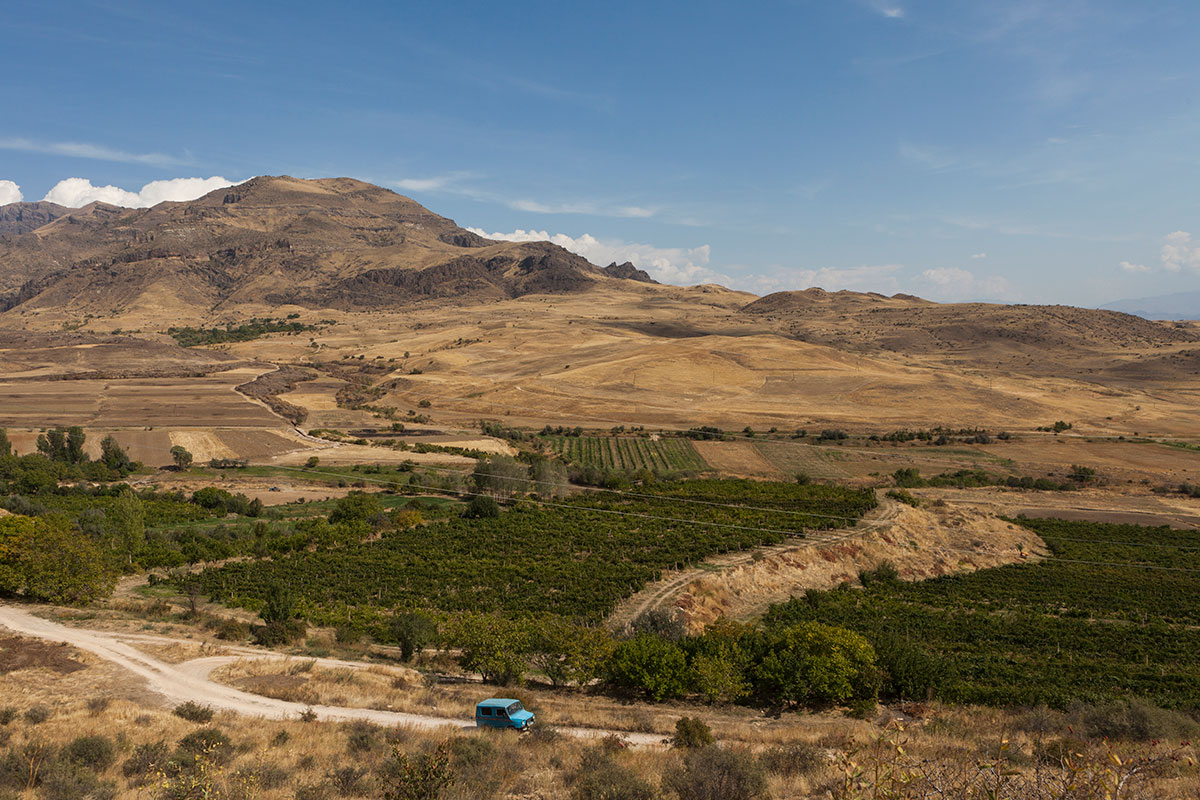 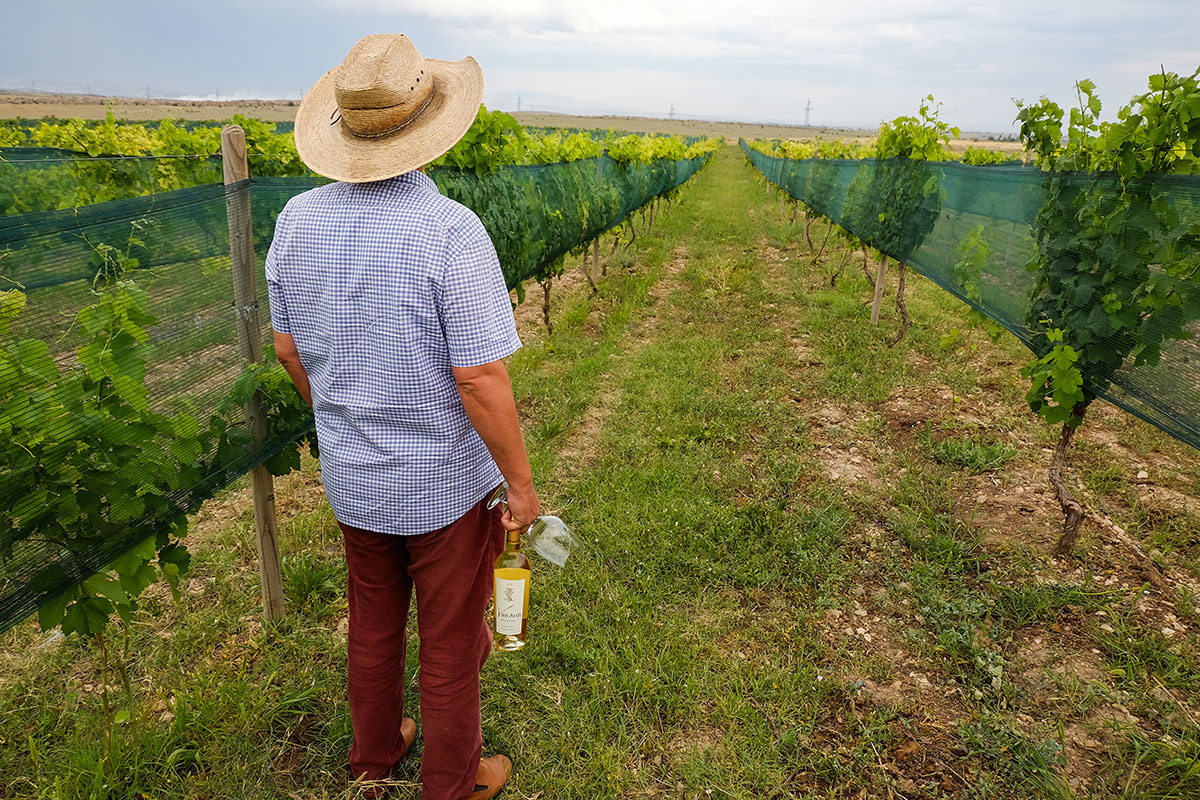 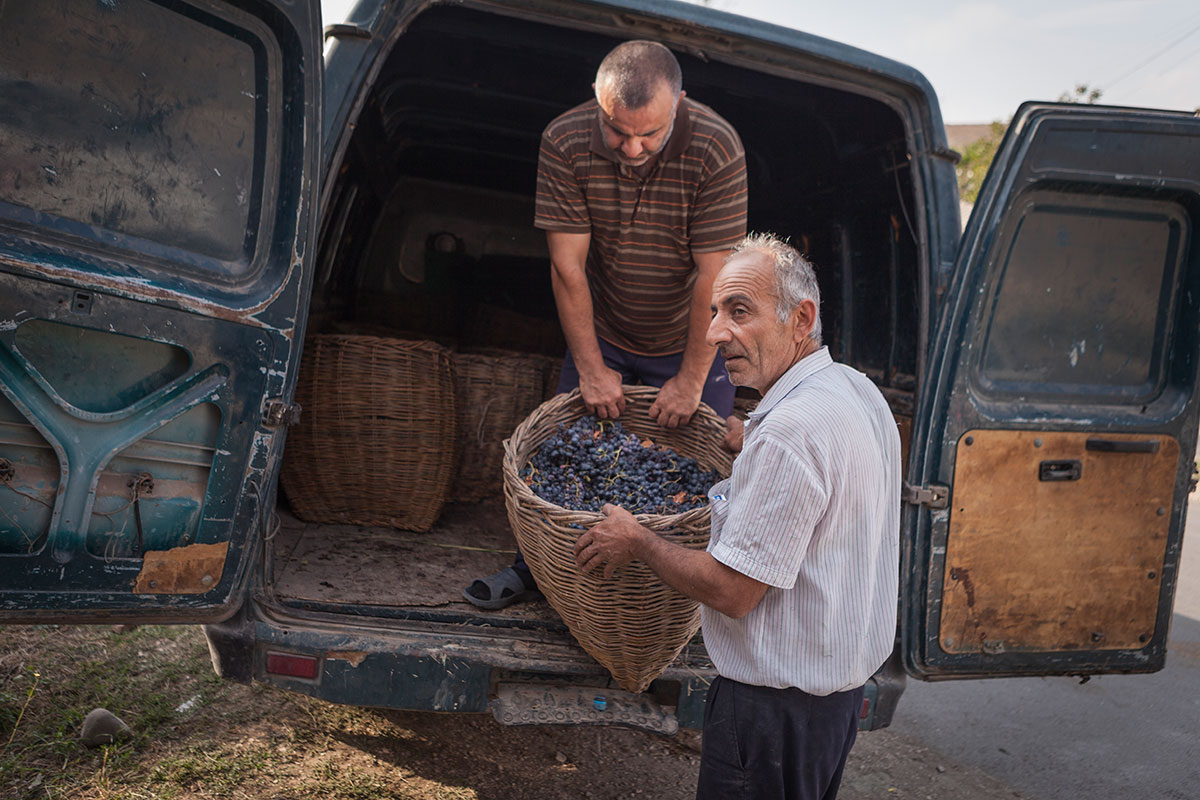 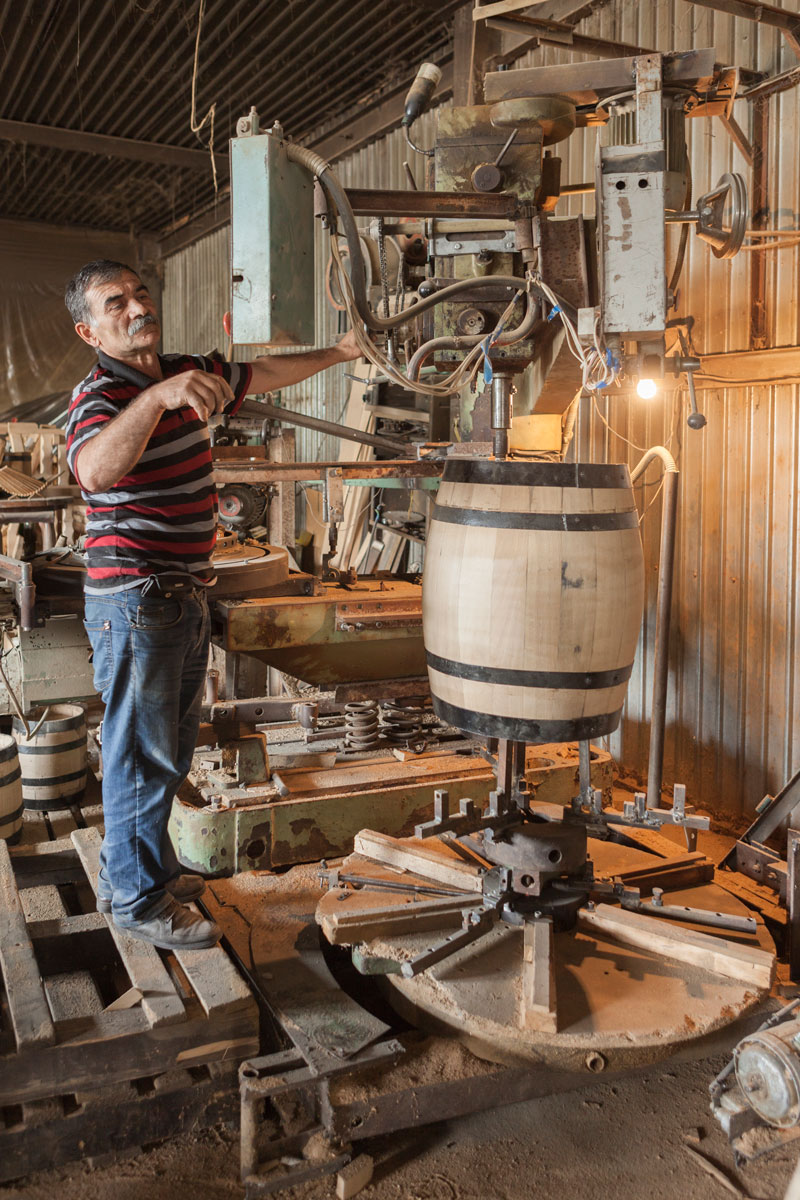 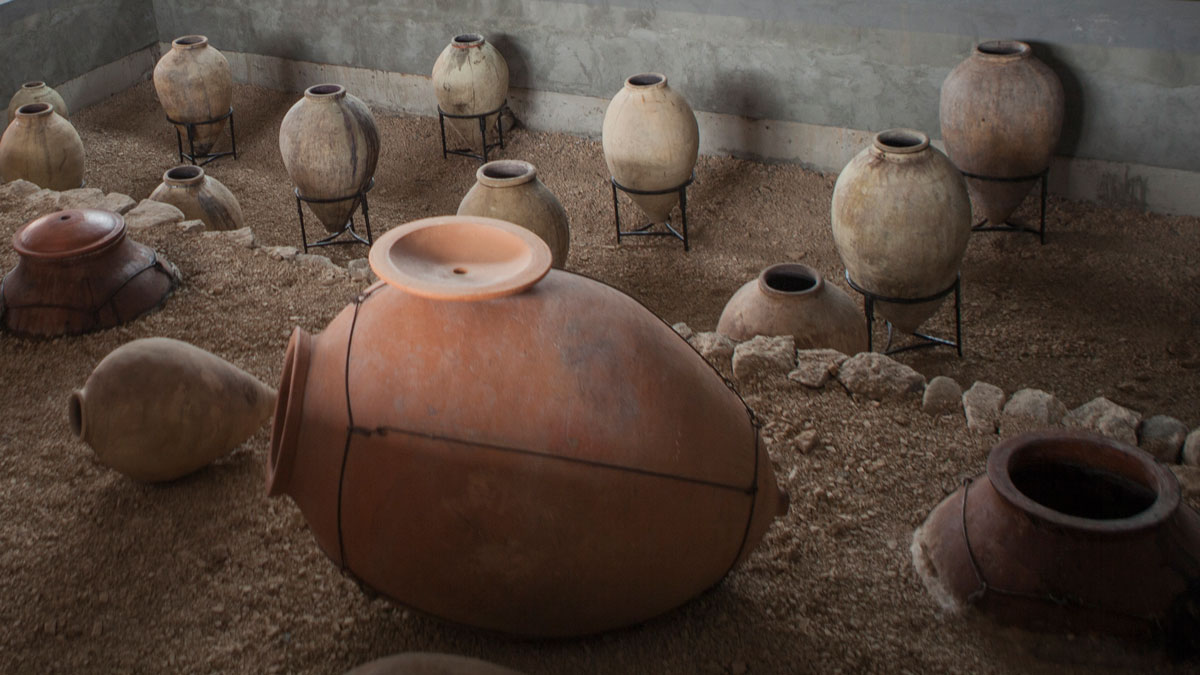 Armenia’s history of winemaking is well documented, from Urartu kings in the eighth century BCE referring to the “land of the vineyards,” to Noah getting drunk on wine in the mountains of Ararat in the book of Genesis. However, after thousands of years of cultivation, the practice nearly vanished during Soviet rule. From the 1930s to the early 1990s, Armenian winemakers were instructed to mass-produce fortified wines and brandy rather than traditional table wines.

The rediscovery of a 6,000-year-old winery in the Areni-1 cave in 2011 bolstered a new generation of winemakers. Today Armenian viticulture is experiencing a rebirth, with local growers and winemakers cultivating “Historic World” varieties indigenous to Armenia, Georgia, and Iran, the oldest known wine-producing regions.

Areni-1 cave (also known as Birds’ Cave) is located near the village of Areni, which is famous for its wine production. Excavations at the site began in 2007, yielding large quantities of exceptionally well-preserved organic remains, including basketry, clothing, and the world’s oldest leather shoe. Constant temperatures and low humidity within the cave are ideal for such preservation.

Within the first gallery of the cave, finds dating from the fourth millennium BCE include numerous large vessels typical of wine storage. Chemical analyses of the contents of the vessels point to wine production at the site, which makes it the earliest known winery in the world. Reed stems recovered inside one of the earthenware wine pots or karases near the wine-pressing installation indicate that they were most probably used as straws for drinking wine in the Late Chalcolithic period, in the same manner as they were used (as described by the Greek historian Xenophon) in an Armenian village dwelling in the fifth century BCE.

It appears that from the end of the fifth millennium BCE onwards, people used the cave for different purposes: habitation, keeping animals, storing plant foods, production of wine, and rituals. Finds in the cave span the entire medieval period from the fourth to the eighteenth centuries CE. As excavations continue, new surprising finds highlight the role of the region in these early ages.

Golden Grape Armas was born of a dream of Armenak Aslanian. Originally from Armenia, he had established his family in Glendale, California, yet always dreamed of returning to his homeland to establish a vineyard and winery. In 2007, he realized this dream, investing in Aragatsotn, on a rocky plot of land with majestic views of Mount Ararat.

His daughter, Victoria Aslanian, now CEO of the company, spent her childhood between California and Armenia, and now lives in Armenia full time running the vineyards and winery. Each summer ArmAs hosts a wine and jazz festival, featuring Armenian jazz musicians and, of course, ArmAs wines.

Started in 2003 by Argentine Armenian Eduardo Eurnekian—whose family owns two wineries in Argentina as well—Karas is a sprawling estate in Armavir. Karas was one of the first efforts to bring commercial production and international attention to Armenian wines. Their work helped to spark the wine renaissance happening today, illustrating the capability of the Armenian terroir. Karas is part of a larger program of investment and philanthropic contributions to Armenia, including the Zvartnots Airport in Yerevan and a program to distribute computers to children across the country.

“Winter is the perfect time to cleanse the soul for blossoming Spring. Therefore, don’t underestimate the power of the Sun even if it is not able melt the snow during these freezing days. At least it may start to warm the ice in your heart during daily sunny meditations. If that doesn’t work either go get a glass or two of red wine to warm your frozen soul. Today I will do both.” —Hovakim Saghatelyan, Trinity co-founder

Trinity Canyon Vineyards began in 2009, when three enthusiastic and determined Armenian wine aficionados decided to try their hand at winemaking. The efforts at their vineyards and winery in Yeghegnadzor include a great deal of experimentation: making wine in karas and working toward completely organic production.
In addition to winemaking, the founders of Trinity are also responsible for a new wine culture in Yerevan. The opening of In Vino sparked a new life for Saryan Street, which is now the home of YereWine Days Festival.

In building Van Ardi, founder and vintner Varuzhan Mouradian returned to his roots—both physically and metaphorically. The wine is named for Van, the ancient capital of Armenia (now in modern-day Turkey), where his family’s ancestors were from. Van Ardi means “sun of Van.” Mouradian decided to “repatriate” to Armenia from California to establish the vineyard and winery, investing in a plot of land in Ashtarak. The land had to first be cleared of stones and boulders, but the volcanic soil in this area known for ancient winemaking still maintains its terroir.

Vahe Keushguerian, a repatriate to Armenia who grew up in Lebanon, is a force in Armenian winemaking today. He is a winemaker—his label, Keush, is a sparkling white made from grapes grown in Khachik, one of the highest altitude vineyards in the world at just over a mile above sea level—and also an innovator.

His latest venture is WineWorks, a winery incubator offering winemaking and viticulture services, as well as strategic winery and marketing management support. The organization’s aim is to support small growers and producers to create an inclusive and diversified wine sector in Armenia. WineWorks is also studying Armenia’s viticulture heritage, with two nurseries propagating ancient and indigenous varietals that are made available to the growing Armenian wine industry.