Profiles
Stars of the Circus
Worldwide

Stars of the Circus was a collection of extraordinary circus performers who have dedicated years to mastering the craft and came together in Washington, D.C., exclusively for the 2017 Smithsonian Folklife Festival. Different combinations of these artists displayed their skills under the stars inside the Big Top throughout the two weeks.

These professional circus stars come from a variety of backgrounds and from years of experience, practice, and performance. 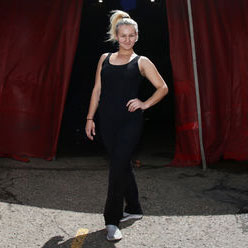 Ambra Zerbini Bauer was literally born into circus life when her mother went into labor in the middle of a show in Ontario. A ninth-generation circus artist, she performs single trapeze and lyra. She has worked for Ringling Bros. and Barnum & Bailey, Cirque du Soleil, Circus Sarasota, and the Royal Hanneford Circus. 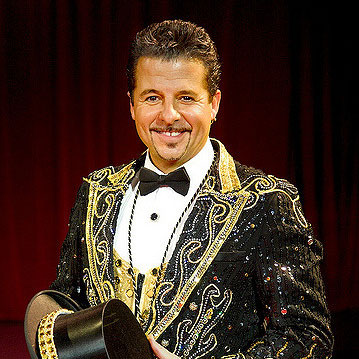 A star of Bauer’s Circus Maximus and a fifteenth-generation member of one of Switzerland’s oldest circus families, Joseph Bauer’s roots are embedded in the circus arts. Born in Sarasota, he has been a performer from a very young age, beginning when he joined the family daredevil act, the Fabulous Fearless Bauers. His accomplishments have taken him around the world to many renowned circus venues, as well as in numerous television appearances and competitions. 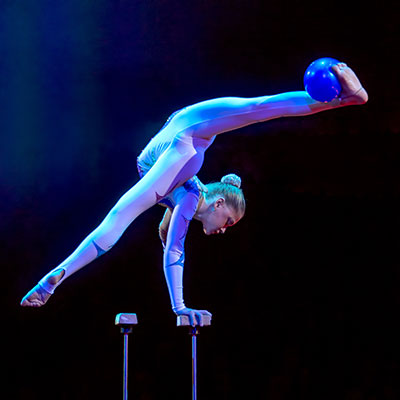 Born in 2003 in Nizhny Tagil, Russia, Olesya Fedotova began her career by accompanying her mother, a circus studio choreographer, when she was only four months old. Fedotova’s focus and flexibility have already led her to perform in many different countries. She has received a variety of accolades and acknowledgements from Grand Prix competitions throughout Europe. 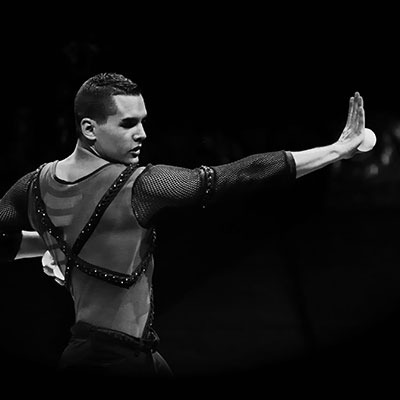 Rony Gomez has followed in the footsteps of his family from an early age at the circus in Havana, Cuba. He blends acrobatic and modern dance with a distinctive personal juggling style. He has received awards at the Festival Mundial du Cirque Demain Paris and China Wuqiao International Circus Festival. 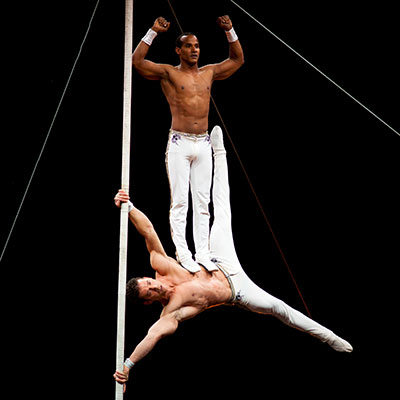 Hailing from Cuba, the pair of Leosvel Almeida Gutierrez and Diosmani Aguero have performed in almost every corner of the world in circus rings, theaters, palaces, and more, as well as in several television appearances. Their Chinese pole act combines supreme strength with well-timed balance and flexibility to create captivating entertainment. The pair climbs, slides, and supports each other, all while balancing on an upright twenty-foot pole. 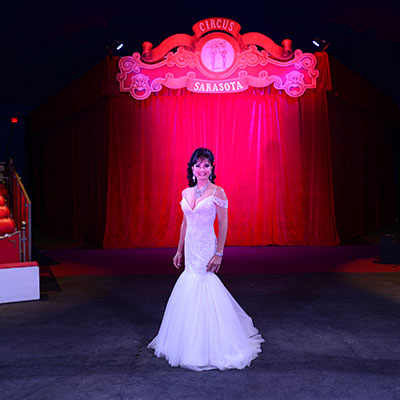 Daughter of the legendary clown Lou Jacobs, Dolly Jacobs started her professional career with Ringling Bros. and Barnum & Bailey Circus in 1976. Jacobs was inducted into the Circus Ring of Fame and in 1999 she joined the Ringling Museum Circus Hall of Fame. In 2015, she became the first circus artist to receive a National Endowment for the Arts National Heritage Fellowship. She currently teaches at the Sailor Circus Academy and performs in Circus Sarasota’s productions. 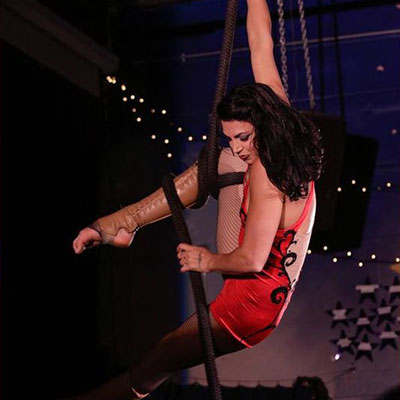 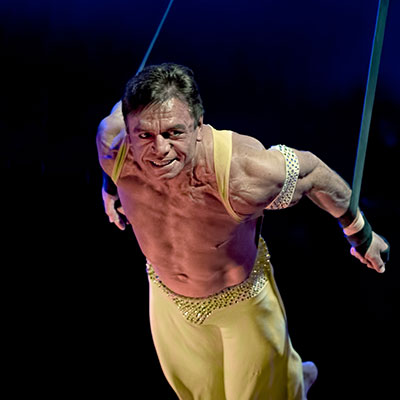 Rafael Palacios was born in Sarasota, Florida, to third-generation trapeze artists. Palacios and his family were inducted into Sarasota’s Circus Ring of Fame and have performed for the likes of Prince Rainier and Princess Grace of Monaco and Pope John Paul II. Palacios has also been awarded the coveted Lifetime Achievement Clown Award from the Cirque de Monte-Carlo. He has also performed as an illusionist for twenty years. 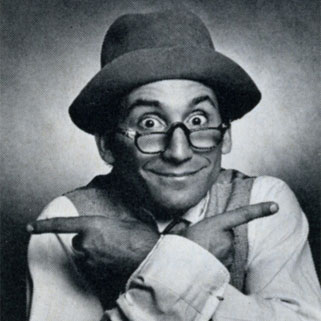 Kenny Raskin starred as the lead clown Everyman in Cirque du Soleil’s Nouvelle Experience, and originated the role of Lefou, the comic sidekick of the villain Gaston, in the Broadway production of Disney’s Beauty and the Beast. Before joining Cirque du Soleil, Raskin performed his one-person show, The Audition, for over ten years in theaters, universities, and festivals throughout the United States and on television shows in Europe and South America. 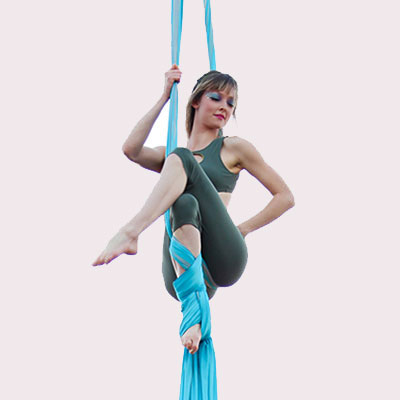 Ella Storme’s skills range from tissu, lyra, and aerial globe to hula hoops, fire dancing, and stilt-walking. Performing across the country, she has worked and trained with Roncalli’s Apollo Varieté, Ringling Bros. and Barnum & Bailey Circus, Dance and Circus Arts of Tampa Bay, New England Center for Circus Arts, and the Circus Arts Conservatory. Currently, she spins in the air with Marina Luna in their duet, LunaStorme.