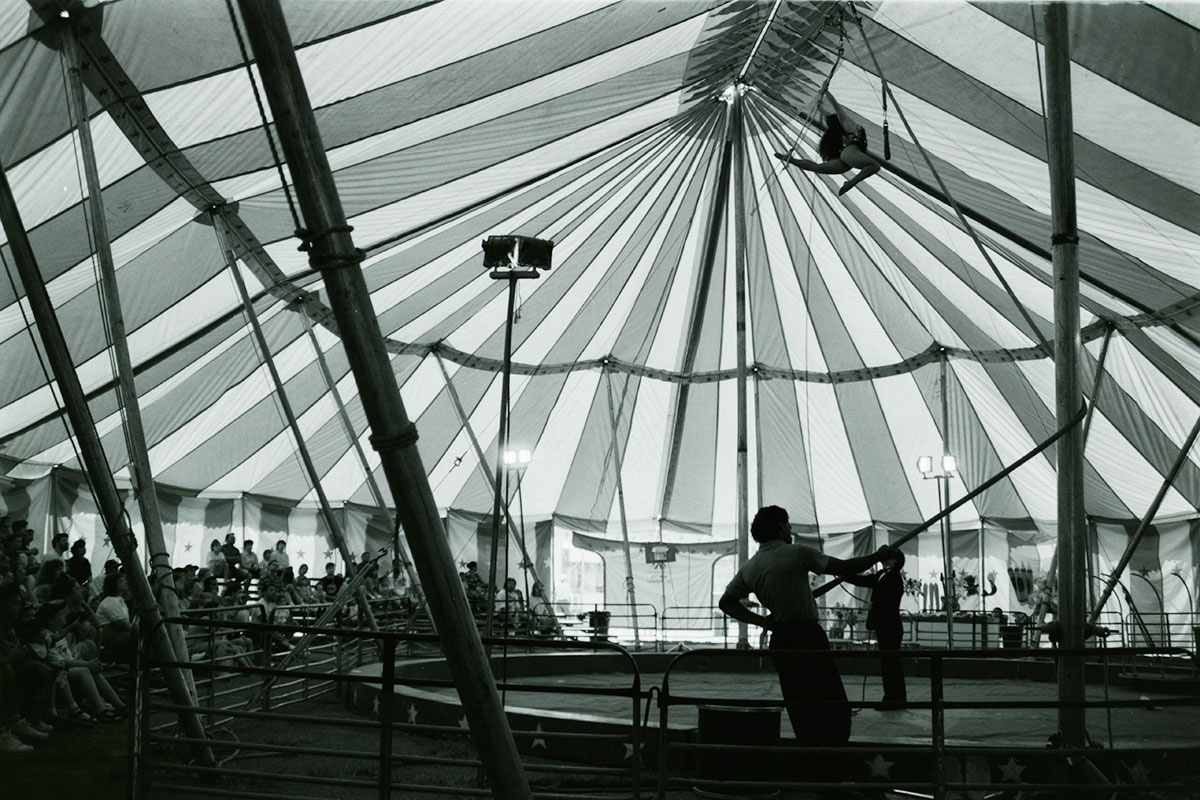 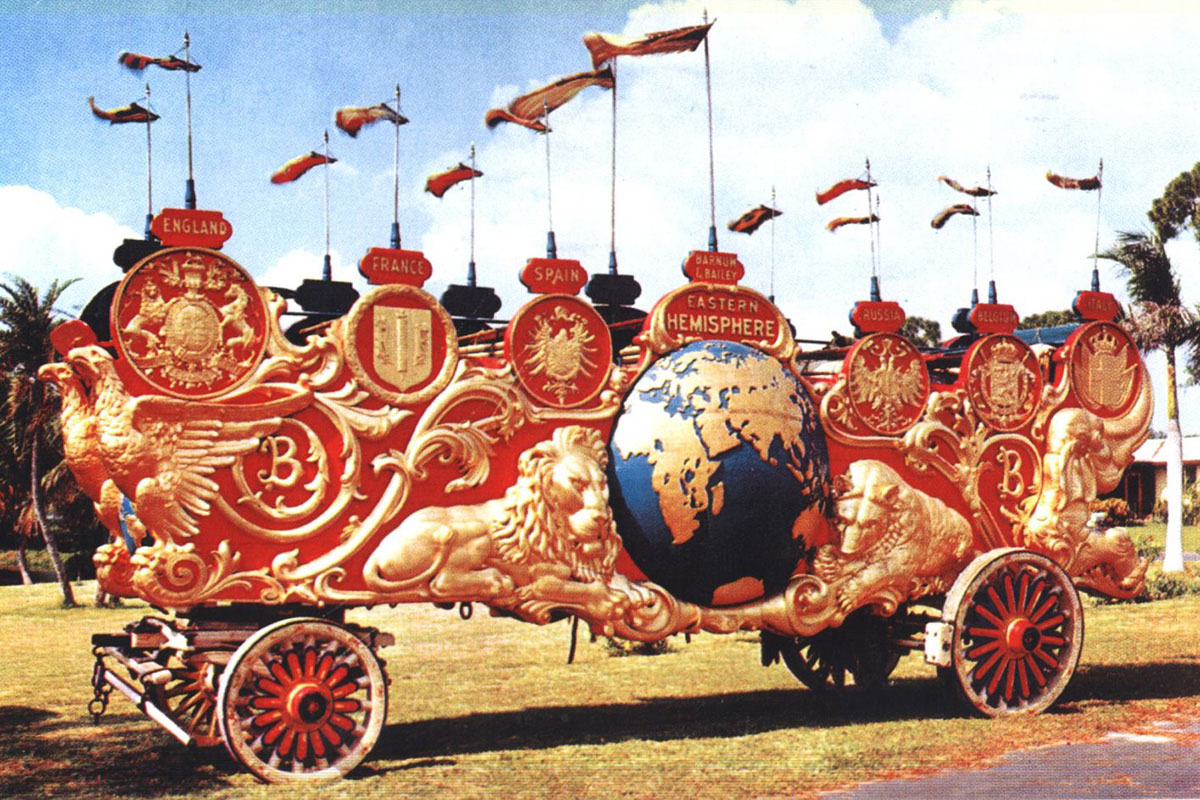 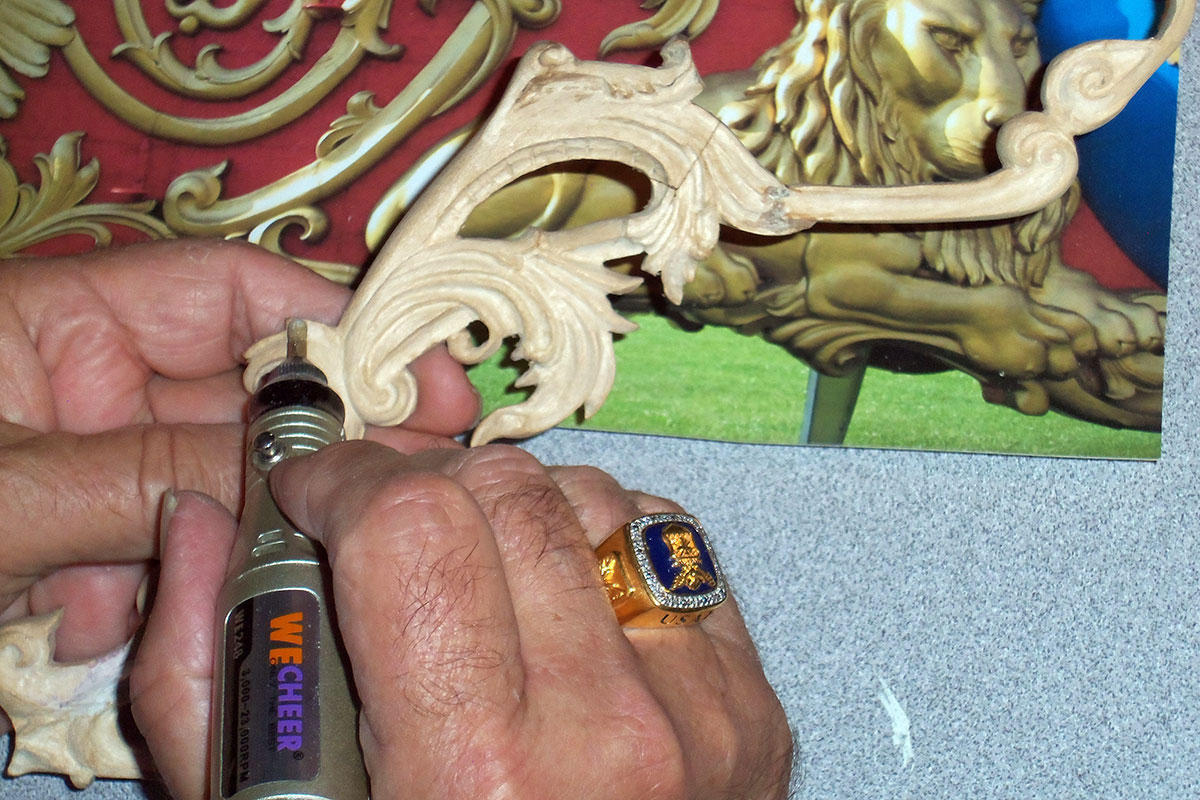 While circus arts conjure the physicality of aerials, acrobatics, equilibristics, object manipulation, and clowning, circus culture has also inspired painting, sculpture, photography, wood carving, and model-building. In fact, much of what we know about the origins of various circus arts have come through examination of artifacts including wall paintings inside ancient Egyptian tombs, sculptures from Minoan civilization, and even carvings at the abandoned temple complexes of Angkor in Cambodia.

Three contemporary painters—Robert Burridge from California, Karen E. Gersch from New York, and Beth Clary Schwier from Indiana—continue to find inspiration for their art in the circus. At the 2017 Folklife Festival, they can be seen in action at various venues, and their artwork also will be available for sale at the Festival Marketplace in the Arts and Industries Building.

Circus photographers Dawn Rogala from Washington, D.C., and Jim Cole from Florida will offer periodic walkabouts around the Festival to share tips about setting up and catching that perfect circus picture.

The art of circus-related woodcarving and model-building can be examined by visiting the Two Hemispheres circus wagon (one of the largest ever built) as well as the detailed artistry of circus model builder Don Oswalt from Florida, whose work-in-progress one-twelfth-scale model of the Two Hemispheres can be seen alongside the original, near the Smithsonian Metro station on the National Mall.