Baserria (The Farmstead)
Food and Farm

Iconic images of the Basque countryside include the baserria, or farmstead. It not only represents home and family but hard work and production of goods. Everything for the family, from cheese to clothing, was made on the baserria.

For the Basque, food has always been more than providing sustenance, but a perfect recipe of quality in freshness and friendship. The region’s cuisine sets the standard for farm-to-table and sea-to-table quality ingredients and preparation. From traditional vineyards of Rioja Alavesa to inventive Michelin star chefs of Donostia-San Sebastian, haute cuisine is often daily cuisine in Basque country. 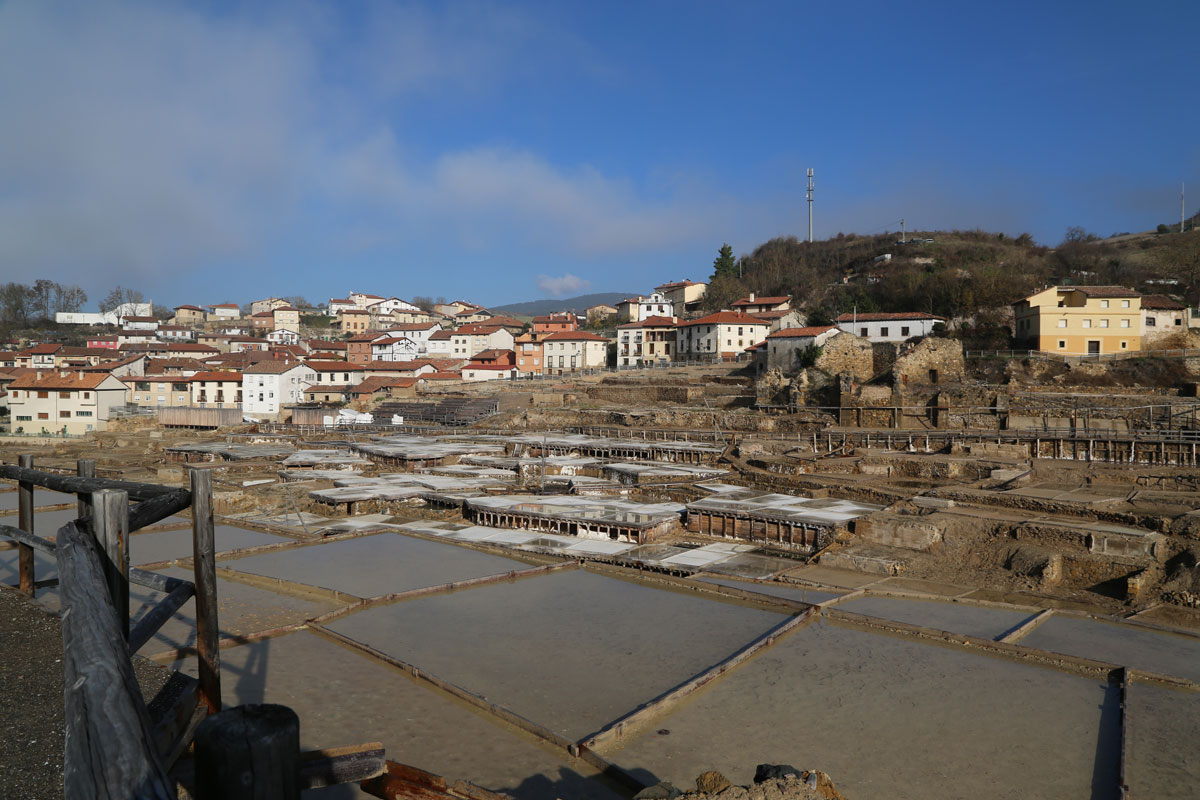 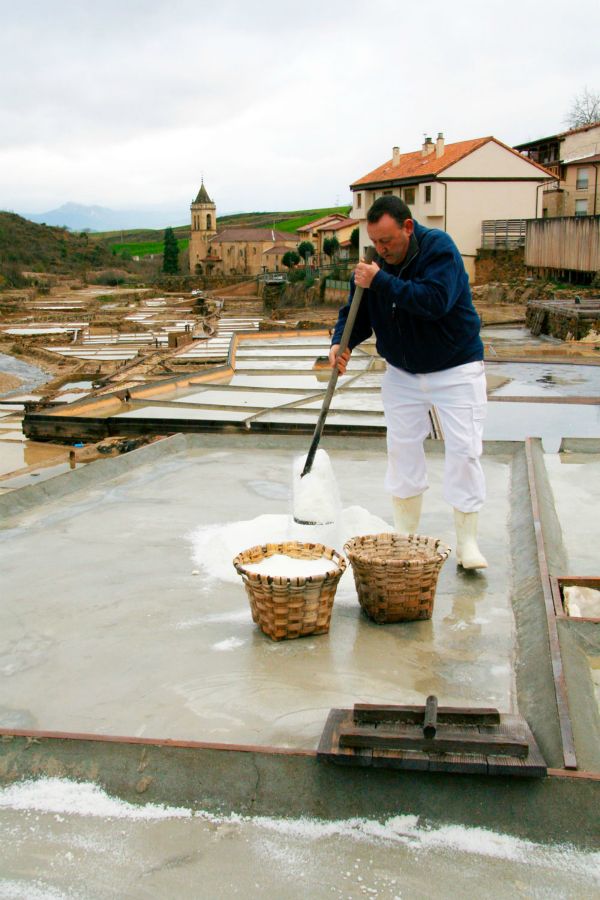 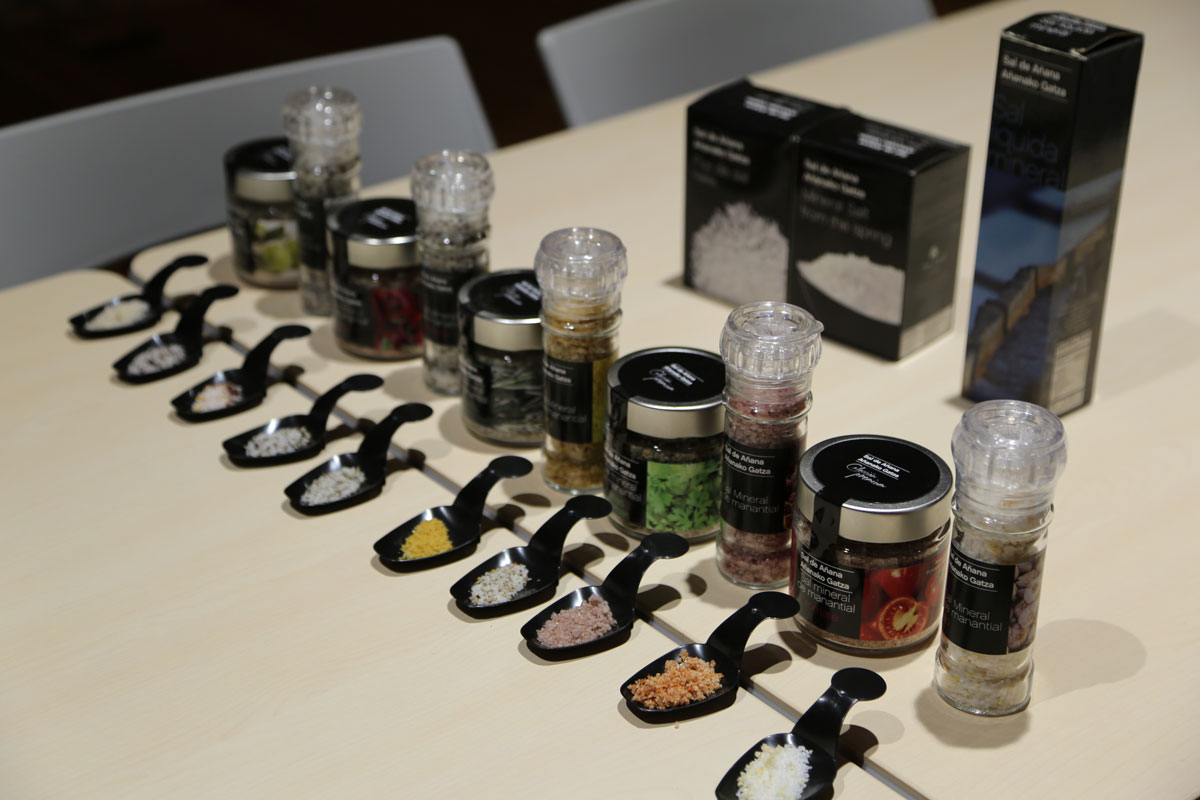 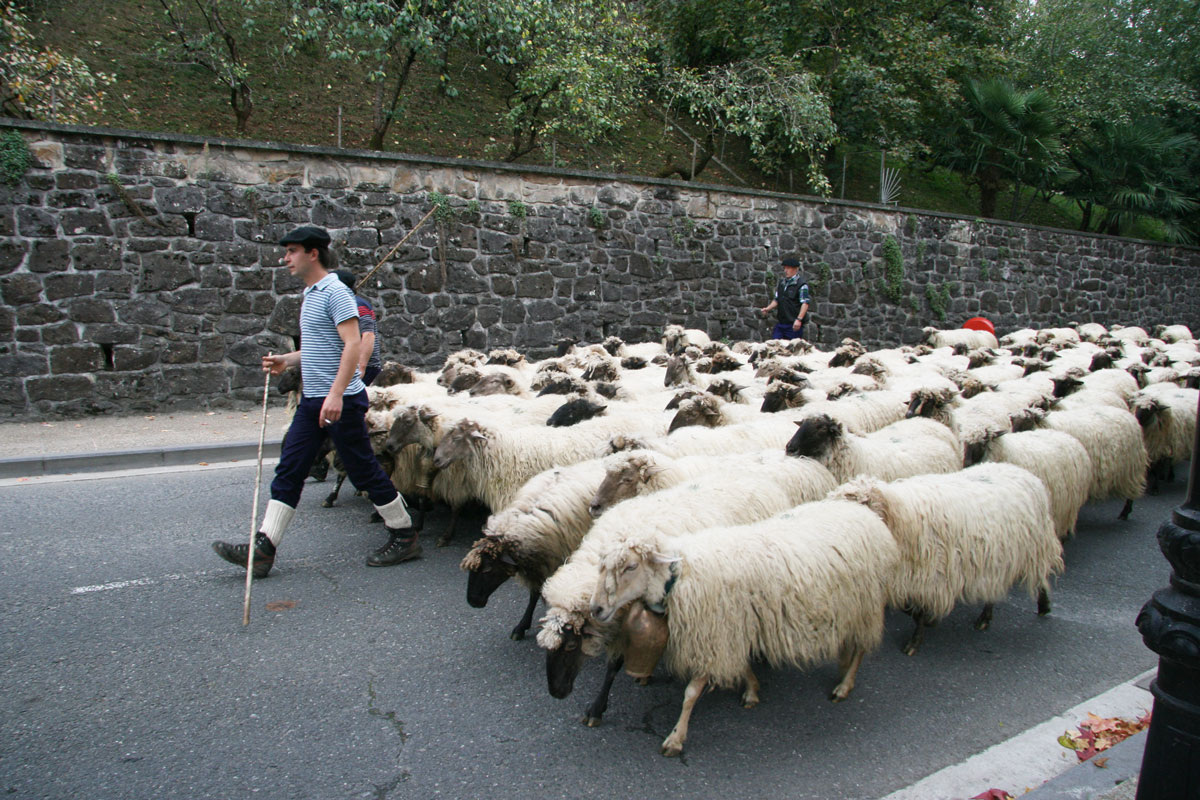 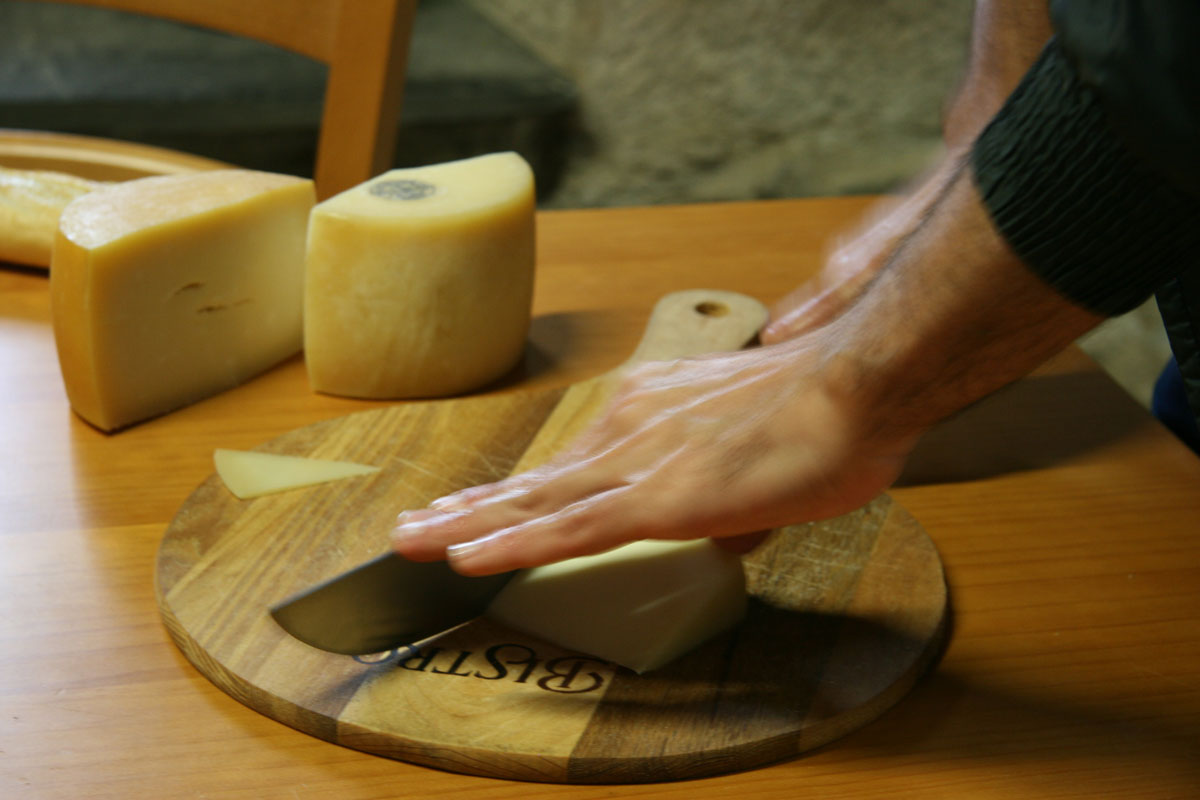 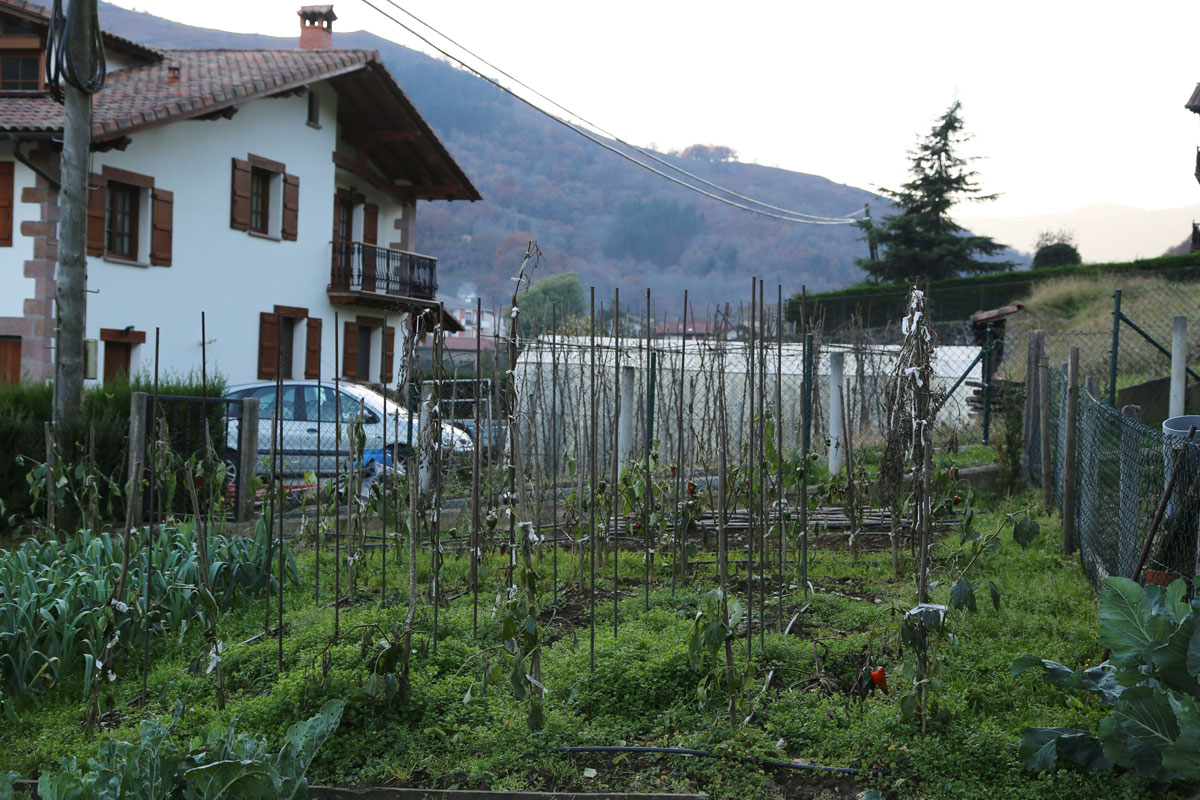 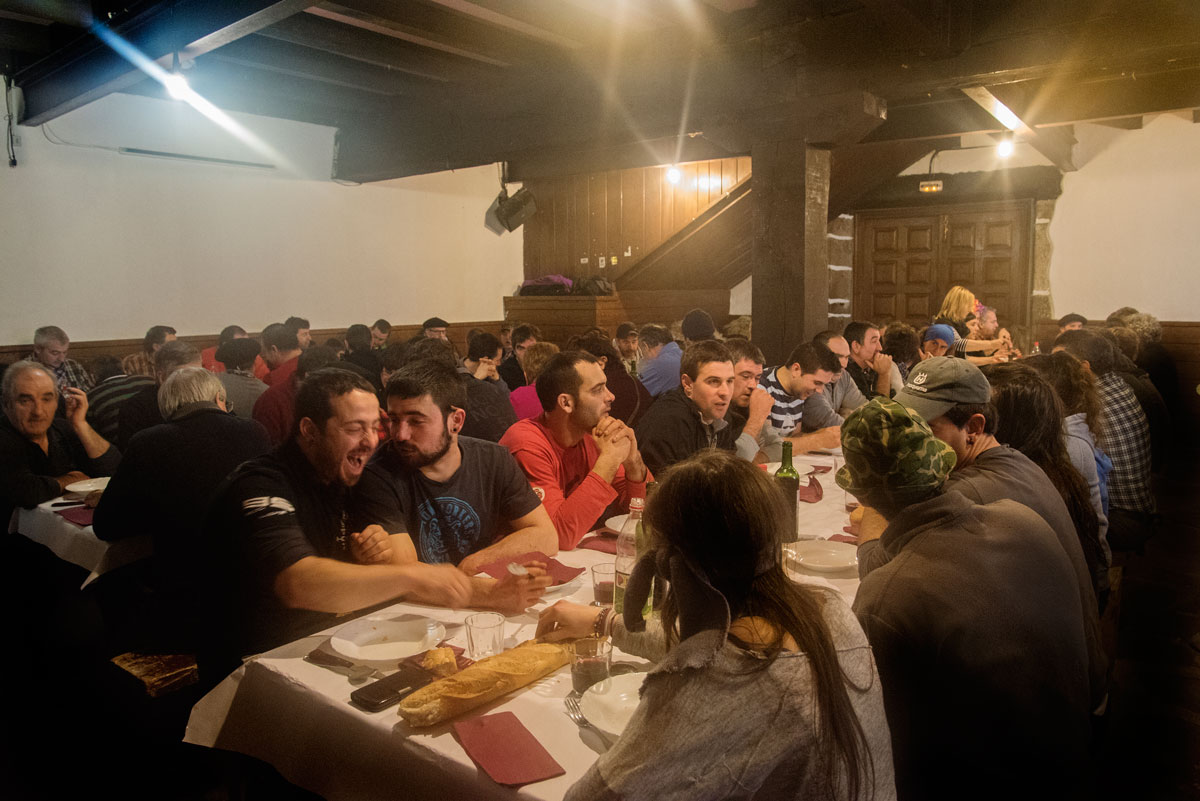 Below, learn more about the chefs, salt producers, and cheese makers who came to the Festival and other farm and foodways traditions that were represented.

Often translated as “guesthouse” and used as the name of many Basque boarding houses in America, ostatua comes from the root word for hospitality. In the Folklife Festival’s Ostatua Kitchen, chefs Igor Ozamiz Goiriena and Gorka Mota, culinary students Hasier Acebes and Rakel Rey, and other Basque artisans taught visitors how to prepare iconic dishes, such as piperrada (pepper-based sauce) and marmitako (tuna and potato stew).

The venue was inspired by the txoko (“cozy place”), gastronomic societies where families and friends gather around long community tables and use the common kitchen and ingredients. 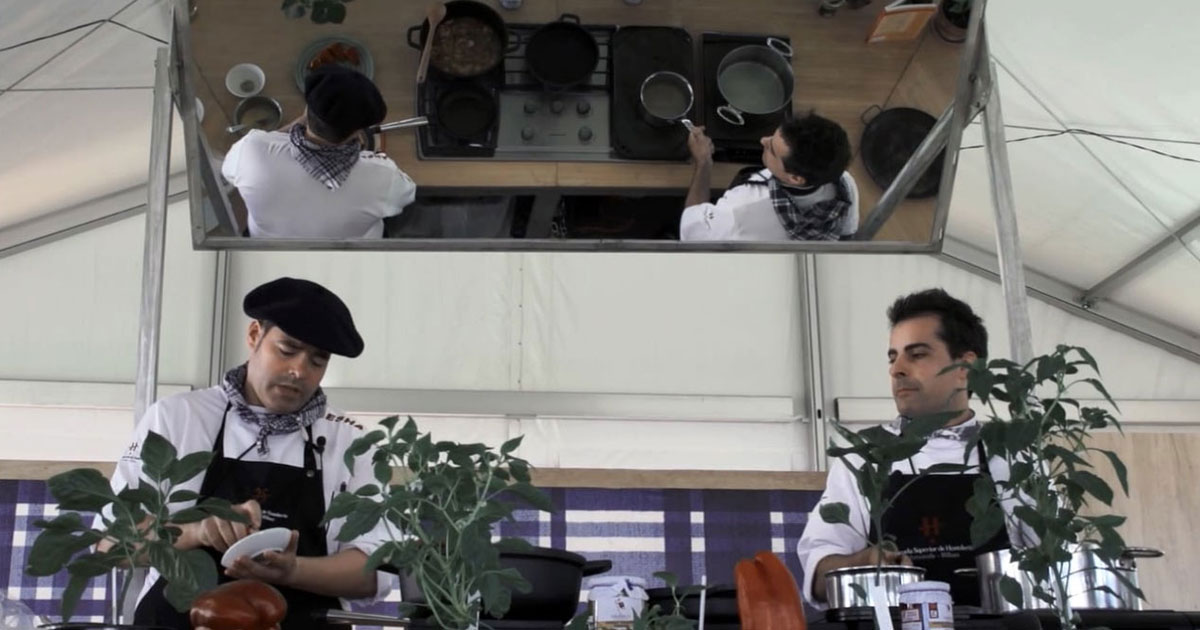 In the valley and town of Añana (Araba), people have been producing salt for over six thousand years from a spring three hundred times saltier than the ocean formed during the Triassic Period, a geologic period from roughly 252 to 201 million years ago.

The earliest salt makers boiled the water in pots and then transported it in hardened blocks. Over the years, families worked together to build a series of canals, wells, and platforms out of wood and clay. During the summer months, each family is allotted equal time to divert the water onto platforms, where the sun dries the salt over two days.

In 2009, the Salt Valley of Añana Foundation was founded to help restore the landscape, dilapidated from the use of concrete and metal. They work with local salt makers to revalorize traditional salt making and develop new drying techniques and market products. 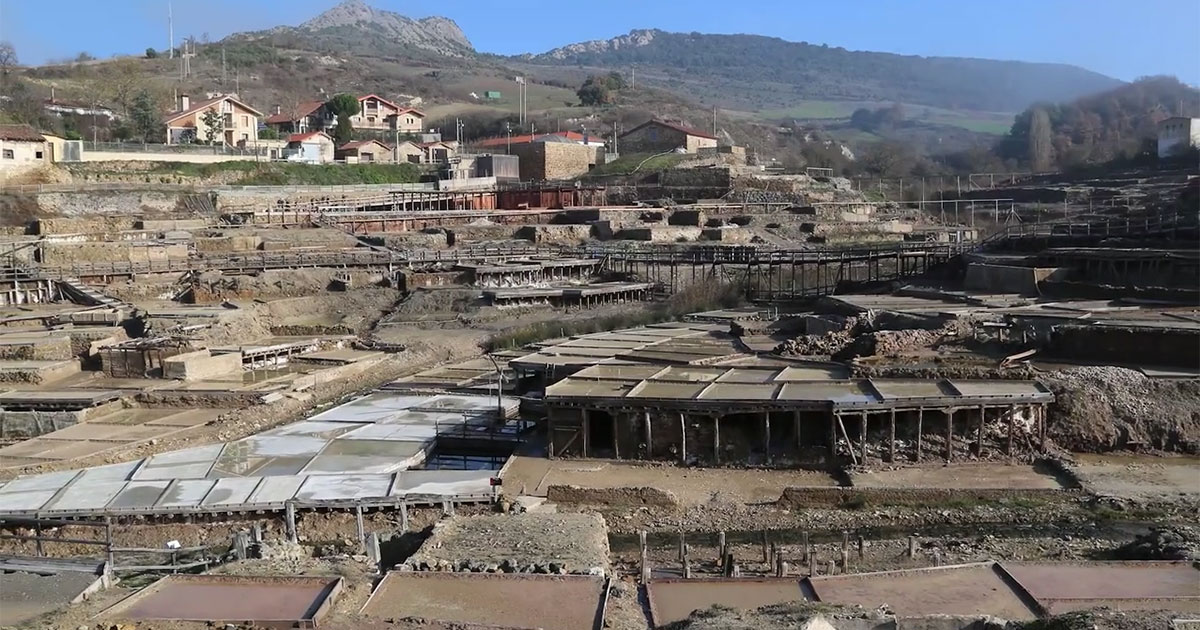 The Festival featured a small-scale salt flat, which Alberto Plata and Edorta Loma tended each day to exhibit the salt production process and provide seasoning for the Ostatua Kitchen cooking demonstrations. They also hosted salt tastings in the Festival Marketplace.

The Goiburu Murua family lives at the Ondarre Basseria farm, built in the sixteenth century in Segura (Gipuzkoa), a region renowned worldwide for its cheese. The family has been sheepherders and cheese makers for at least five generations. In 2014, they won the Ordizia Txapeldun contest for their Idiazabal cheese.

The smallest artisanal cheese makers in the region, the family keeps the baserria family-run and profitable through agro-tourism. While no longer spending long parts of the year in their mountain sheepherding txabola (hut), they use the hut’s kitchen and tools to educate visiting school children.

Today, three generations of the Goiburu Muru family maintain their way of life based around the natural cycle of sheep birthing, milk production, and cheese making, while their gardens, chickens, and orchards sustain family and guests.

Peppers, originally from the Americas, have become a staple in baratzeak (kitchen gardens) and an integral part of Basque cooking. With the help of Smithsonian Gardens, the Festival’s baratzeak included three of six distinctly Basque pepper varieties:

Txotx! A Basque Ciderhouse Experience
A Visit to a Traditional Basque Sheep Farm
The Most Expensive Cheese in the World
Cooking Up Excellence
Join our email list for the latest news from the Smithsonian Center for Folklife and Cultural Heritage
Support the Folklife Festival, Smithsonian Folkways Recordings, sustainability projects, educational outreach, and more.
Support Folklife. Donate Now.