Basque Country is no stranger to immigration. Basques have emigrated from their homeland for over two centuries, establishing roots in Chile, Argentina, the Philippines, Mexico, the United States, Australia, and more. An estimated one million people comprise the overseas Basque diaspora.

Throughout the nineteenth and early twentieth centuries, hard times in Basque Country spurred waves of immigrants seeking new opportunities. Further, strict inheritance laws that favor the eldest child compelled many to move. More people left to avoid political upheaval, especially in the Hegoalde (Spanish region of Basque Country), where the Carlist Wars crested with the violence of the Spanish Civil War in the 1930s under the Franco dictatorship.

Basques headed for the United States followed paths of previous generations to Wyoming, Nevada, Idaho, and California, building reputations as reliable workers in sheepherding communities. These men spent months in the Sierra Nevadas or the Great Basin with no company other than a dog and a thousand sheep. Returning to cities such as San Francisco, Boise, Reno, Elko, Nevada, and Buffalo, Wyoming, they found comfort in Basque boardinghouses where they could see friends and family, enjoy a familiar meal, and speak their own language. 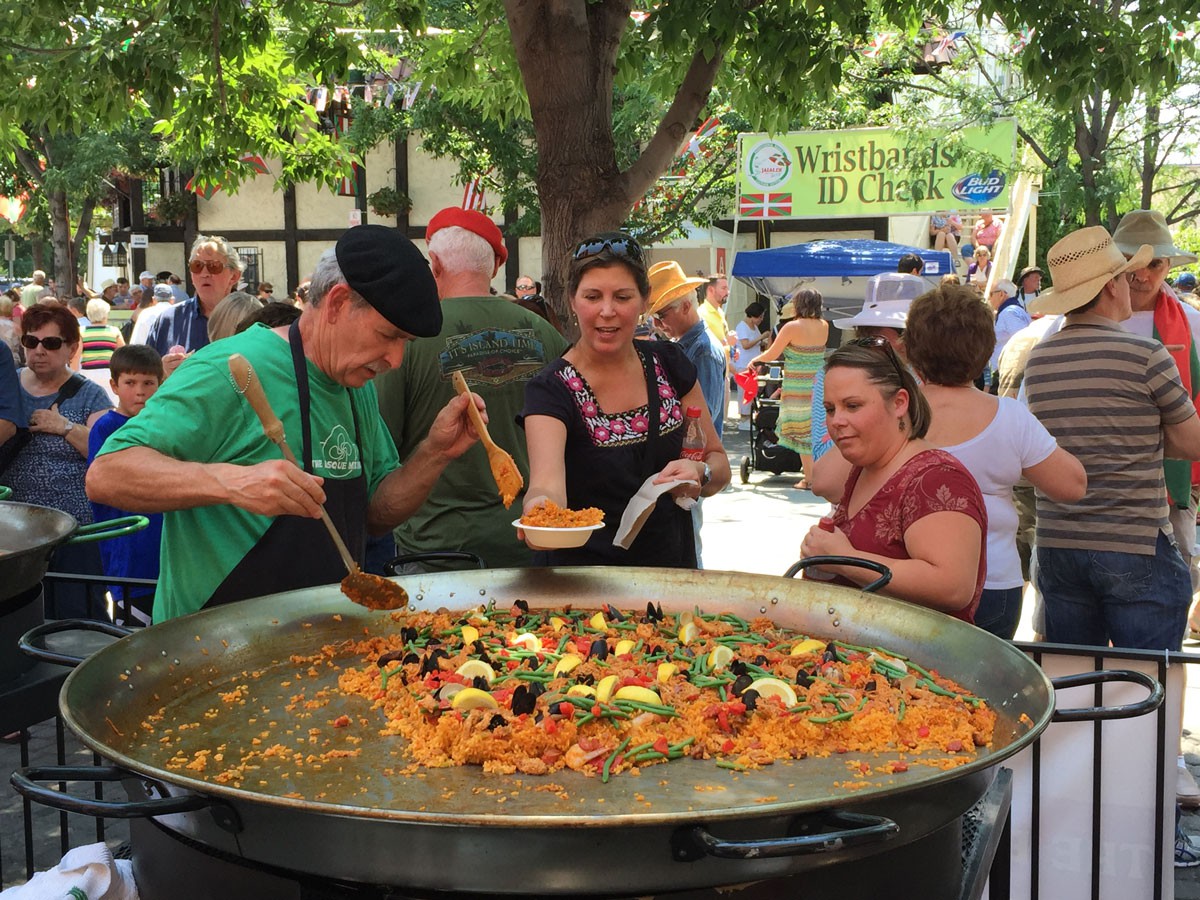 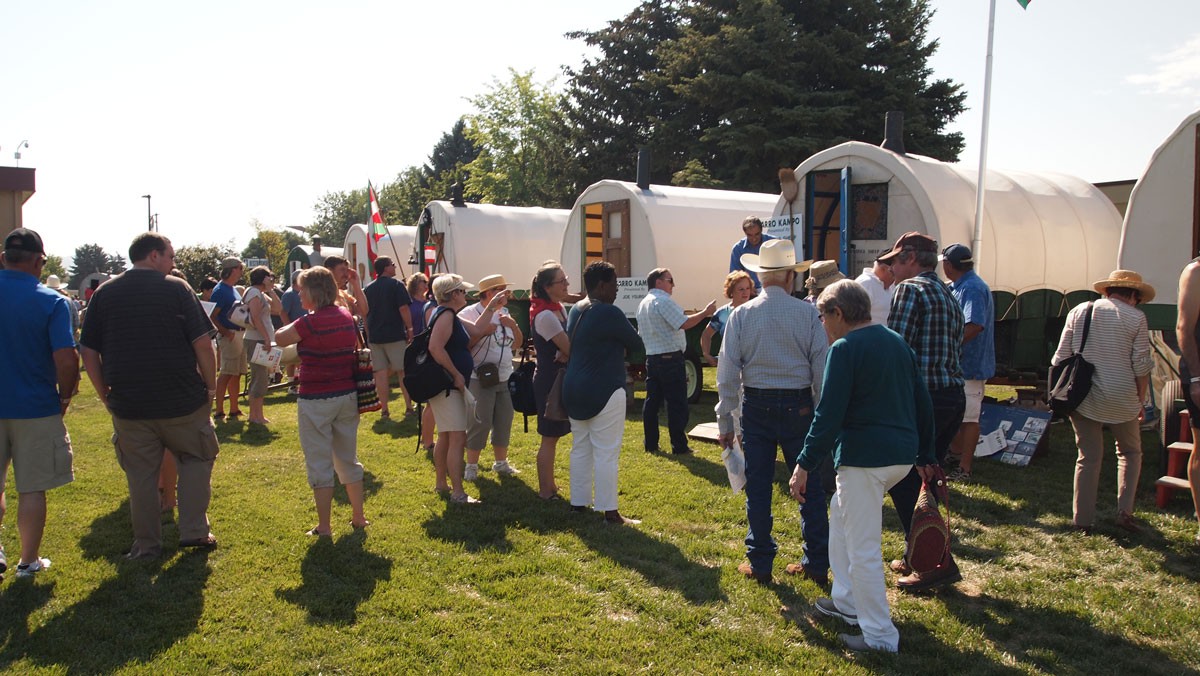 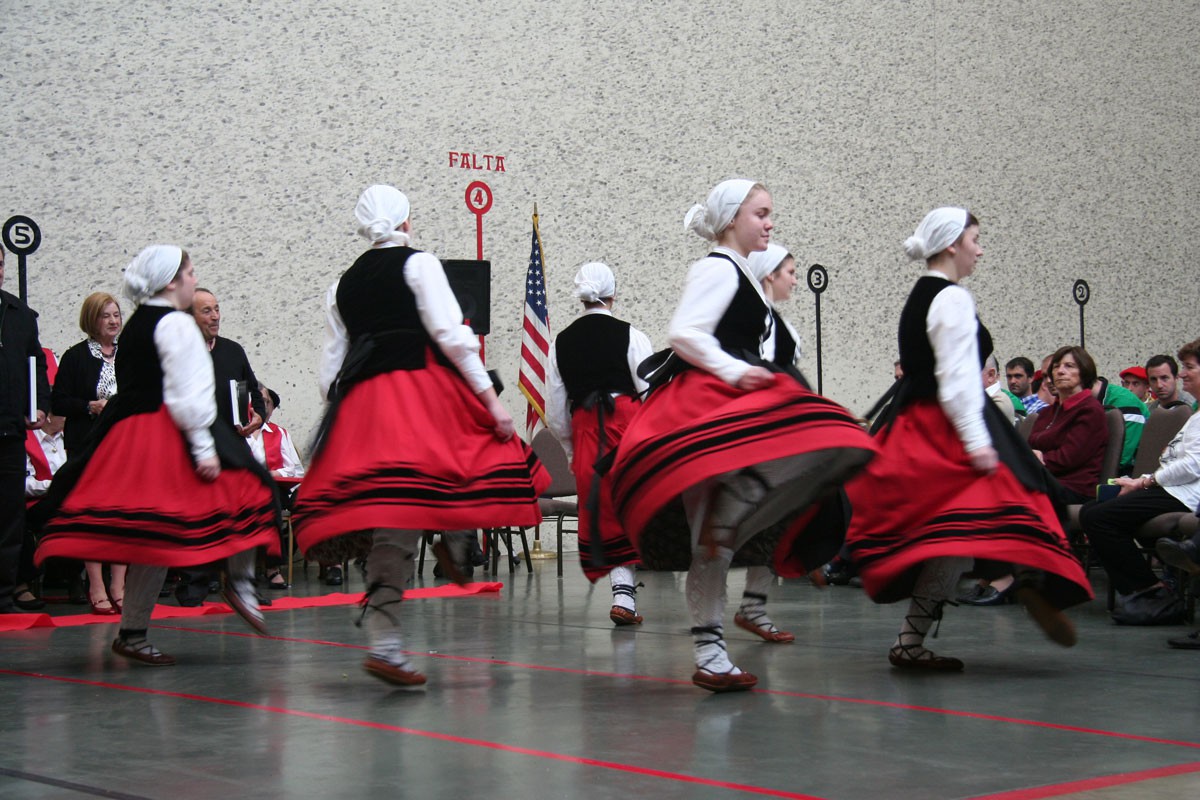 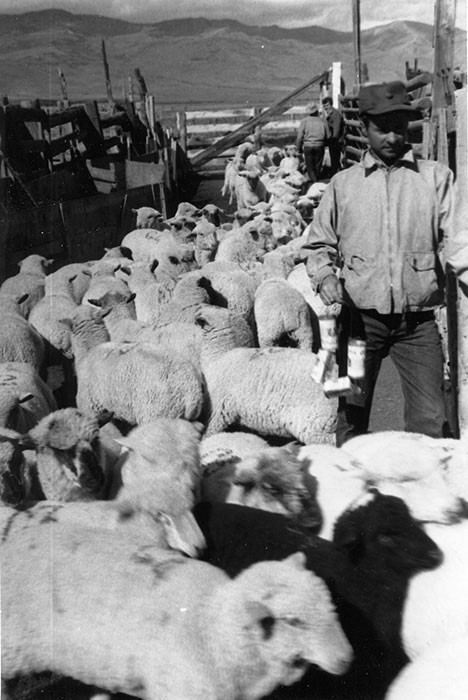 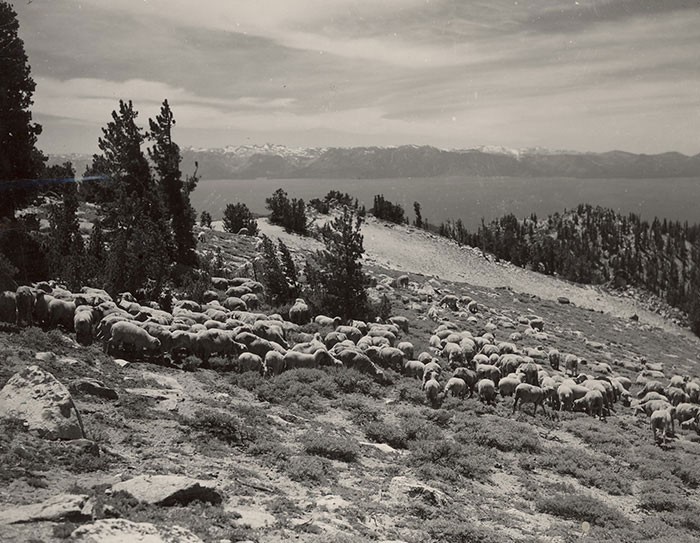 Jaialdi festivities include dance demonstrations, sports competitions, and of course loading up on traditional festival food.
Photo by Mary Linn, Ralph Rinzler Folklife Archives
The Jaialdi festival attracts Basque families from around the world to Boise, Idaho. Some Basque Americans take the opportunity to display their sheepwagons, modeled after the rustic wagons that sheepherders called home for many months of the year.
Photo by Cristina Díaz-Carrera, Ralph Rinzler Folklife Archives
At the San Francisco Basque Cultural Center, children learn traditional dance starting at a very young age. Known as the Zazpiak Bat Dancers, they performed at the center’s thirty-fourth anniversary in February 2016.
Photo by Elisa Hough, Ralph Rinzler Folklife Archives
Holland Ranch in Elko, Nevada, circa 1970. This sheep and cattle ranch was owned and operated by a Basque family, the Goicoecheas, for several decades.
Photo courtesy of the Jon Bilbao Basque Library, University of Nevada-Reno Library
Sheep from a Basque ranch graze above Lake Tahoe, from the Laxalt Family Photo Collection, year unknown.
Photo by Gus Bundy, courtesy of the Jon Bilbao Basque Library, University of Nevada-Reno Library

With Basque studies programs, museums, and cultural centers in San Francisco, Reno, and Boise, Basque Americans have grasped hold of their heritage while providing the Basque Country with a global perspective of their common culture. For many, Basque identity is defined by preserving elements of the past while transforming and innovating, creating a synergy of old and new, homeland and diaspora. Basque Americans are highly aware of their Basque identity, expressing their culture in tangible ways—they live their Basque.