Euskara, the Basque language, is spoken on both sides of the far Western Pyrenees, in territories belonging to both Spain and France. Unrelated to any other and thought to be the oldest in Europe, it was spoken prior to the arrival of Indo-European languages (about 4400 BCE). The Basque homeland was originally called Euskal Herria, literally “the land of the Basque language” and its population euskaldunak, “the possessors of the Basque language.”

The transmission and use of Euskara has been banned or undervalued for many years, putting it on the threshold of extinction. But after forty years of strong commitment and hard work by individuals and political associations, around 943,000 people use Basque worldwide. The inclusion of Basque language in the education system has led to the rejuvenation and growth of the number of speakers, and it has strengthened assurance of continuity of the language.

At the Folklife Festival, we celebrated Euskara by hosting daily language lessons and performances by bertsolari poets. All the programs signs were bilingual, in English and Euskara. 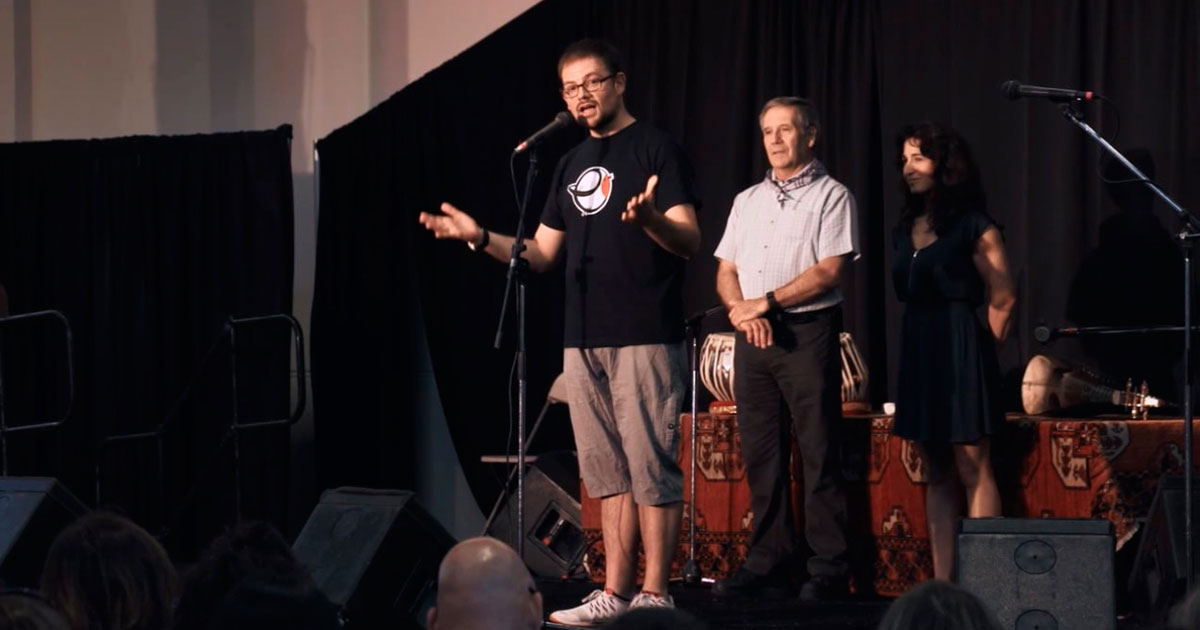 A healthy language can be heard everywhere, especially among the youth, who create new words as new ideas enter a culture. Euskara is the language of daily life, but with the overwhelming presence of majority languages in new media, youth shift to these languages in more and more contexts.

Azkue Fundazioa is dedicated to supporting the use of Euskara in every modern context. From creating software to issuing online challenges in Euskara and supporting language in the arts, Azkue works to bring the Euskara language into digital domains. Iurdana Acasuso and Amaia Ocerin will brought this work at the Folklife Festival, interviewing participants, issuing Instagram challenges to visitors, and live blogging the event.

HABE, an autonomous institution of the Basque Government, was created in 1981 to promote adult Euskara literacy and to reinforce the Euskara language in daily life and is now the leader in Euskara curriculum development and teacher training. Instructors Jose Francisco Zinkunegi and Errukine Olaziregi Gomez led daily Euskara lessons.

Sometimes called oral poetry, sometimes song or sport, berstolaritza is the art of dueling rhymed verses sung to enthusiastic audiences. With several verse structures to choose from, berstolariak (performers) receive a topic and must compose verses on the spot, and are judged on their language creativity in improvisation and connection with the audience, whether through humor or beauty.

With roots in fifteenth century women’s funeral songs, the modern berstolaritza was born in the late nineteenth and early twentieth centuries, becoming a social movement of Basque renaissance in the 1960s and ’70s. With thousands of public performances a year, berstolaritza range from informal after-dinner events to invitational performances in town plazas during festivals, to the major Euskal Herria Championship that occurs every four years for audiences that top 18,000.

Bertsolariak Irati Anda and Xabier Paya demonstrated quick wits and clever lyrics in daily performances and shared their skills with visitors in composition workshops. Over the two weeks, they were joined by Basque American bertsolariak and National Heritage Fellows Martin Goicoechea and Johnny Curutchet.