One World, Many Voices: Endangered Languages and Cultural Heritage 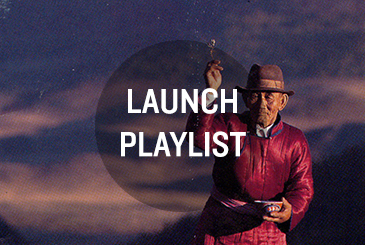 This playlist from the Smithsonian Folkways collection, created in collaboration with the 2013 One World, Many Voices Festival program, presents a selection of music representing languages that are considered “endangered.” As with the communities featured in the Festival program, these recordings highlight the importance of music and other cultural arts to language preservation.

From Tuvan throat singing and Hawaiian drum dance chants to Kichwa flute music and songs sung among the cicadas in Papua New Guinea, this playlist showcases a variety of voices belonging to diverse communities from around the world, some of whom are represented in the 2013 Festival. These tracks exemplify the inextricable connection between language, culture, and the arts; and they reinforce the value of linguistic diversity and the necessity of preserving endangered languages as a vital part of our human heritage.

Compiled by Lindsay Tauscher
Special thanks to Corey M. Blake and Kevin Parme