Prior to World War II, more than 10 million people in Central and Eastern Europe spoke Yiddish as a first language, and it boasted thriving written and oral traditions. Nearly 5.5 million Yiddish speakers died among the 6 million victims of the Holocaust. Yiddish-speaking survivors were scattered throughout the world. Older speakers encourage intergenerational transmission and use among young people as a solution to the challenges facing Yiddish.

The An-sky Yiddish Heritage Ensemble celebrates the 100th anniversary of the historic An-sky Expedition. Named for its leader, Yiddish writer/folklorist Semyon An-sky, the An-sky Expedition of 1911-1914 systematically documented Jewish folk culture of dozens of communities in Ukraine. The An-sky materials stand as an unparalleled record of a lost, preindustrial Jewish society that was carried out in the Yiddish language. Inspired by An-sky’s work, and affiliated with the New York-based Center for Traditional Music and Dance, the An-sky Yiddish Heritage Ensemble is a group of four leading performers and researchers of Yiddish music who have come together to present a diverse program of rare Yiddish folksongs and exciting klezmer instrumentals collected through field and archival research. The ensemble also performs original music rooted in the tradition, and in doing so keeps the flame of Yiddish culture alive. The Ensemble will be joined by violinist Bob Cohen from the Hungarian Heritage: Roots to Revival program, who has spent decades collecting rare repertoire from Romani (gypsy) musicians in Transylvania and Maramures who performed at Jewish weddings prior to the Holocaust.

This presentation was made possible in part by the Center for Traditional Music and Dance. 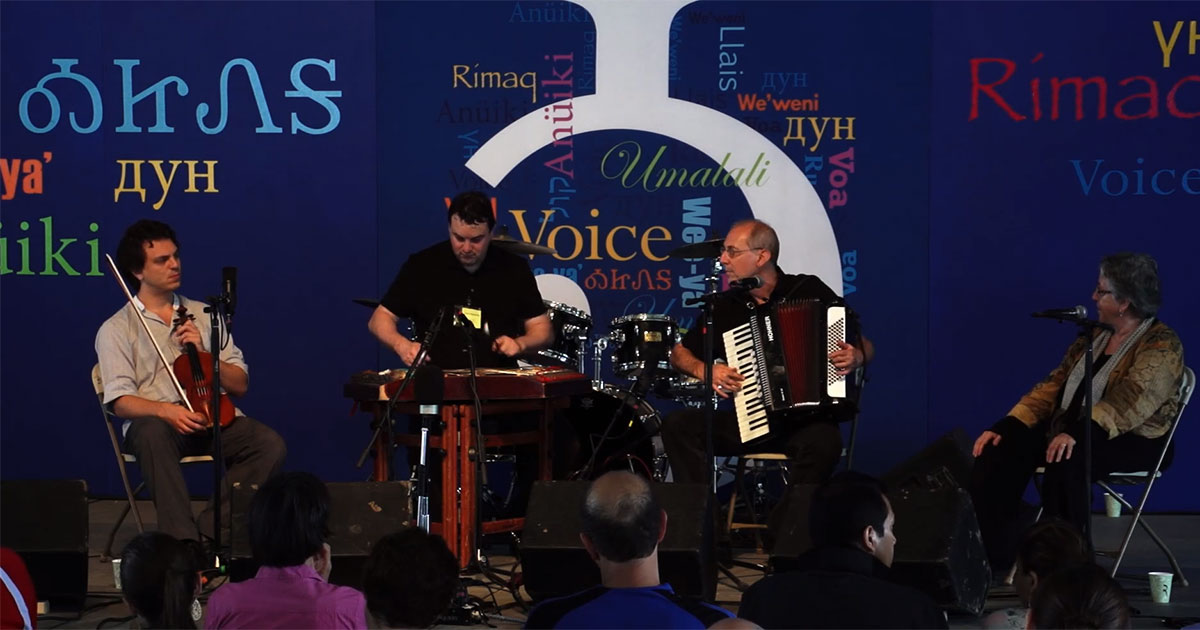