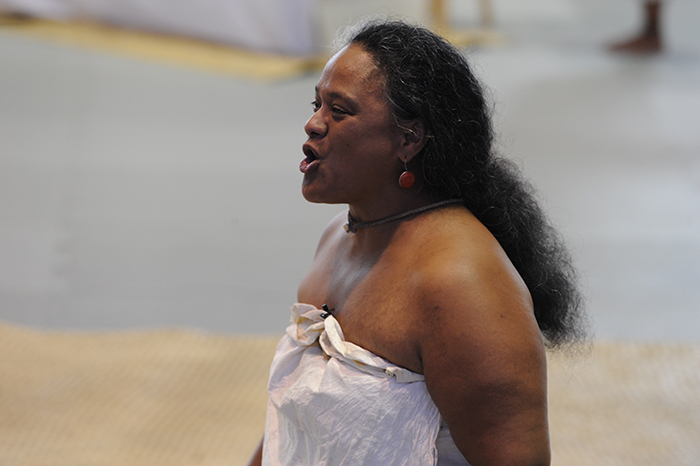 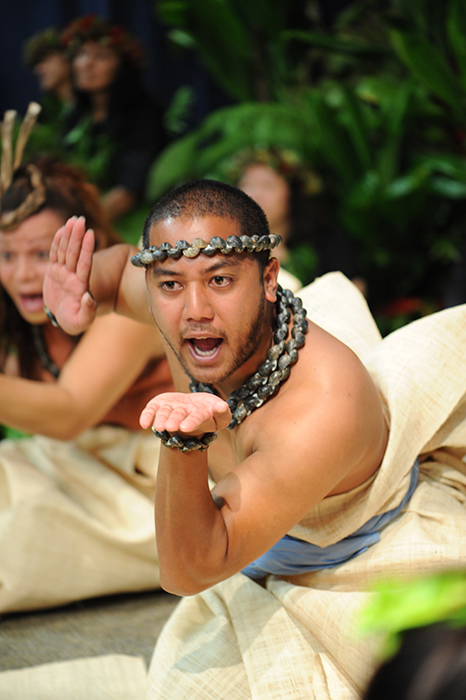 Kekuhi Keali’ikanaka’oleohaililani, a kumu hula (master hula teacher), chants a welcome to visitors from around Hawai‘i and the world at the Merrie Monarch Hula Festival in Hilo, Hawai‘i.
Photo by Maria Andaya
Hawaiian hula dancer Pele Ka’io offers the “Breath” as a reminder that the universe breaths, Hilo, Hawai‘i.
Photo by Maria Andaya
If there’s a hula dance, there are words. We can’t dance without narrative. Language is how we communicate to our universe.
— Taupōuri Tangarō, Hula Master, Hawai‘i Community College, University of Hawai‘i System, Hilo, Hawai‘i

Hawaiian is a success story in bringing a language back from the brink of extinction. The use of this centuries-old language was actively discouraged in the early-20th century and Hawaiian was nearly destroyed. By the 1970s, the community of native Hawaiian speakers had dwindled to only a small number of elders and very few speakers under the age of eighteen. It now boasts over ten thousand fluent speakers, five times more than in the 1970s. This was done with great effort. The introduction of the Pūnana Leo (“language nest”) immersion schools and a vibrant Hawaiian cultural renaissance movement have raised a new generation in the Hawaiian language and traditional arts: celestial navigation, canoe building, taro cultivation, poi pounding, lei making, music, and hula.

This presentation was made possible by the Hawai‘i Tourism Authority, the University of Hawai‘i System, and the Office of Hawaiian Affairs. 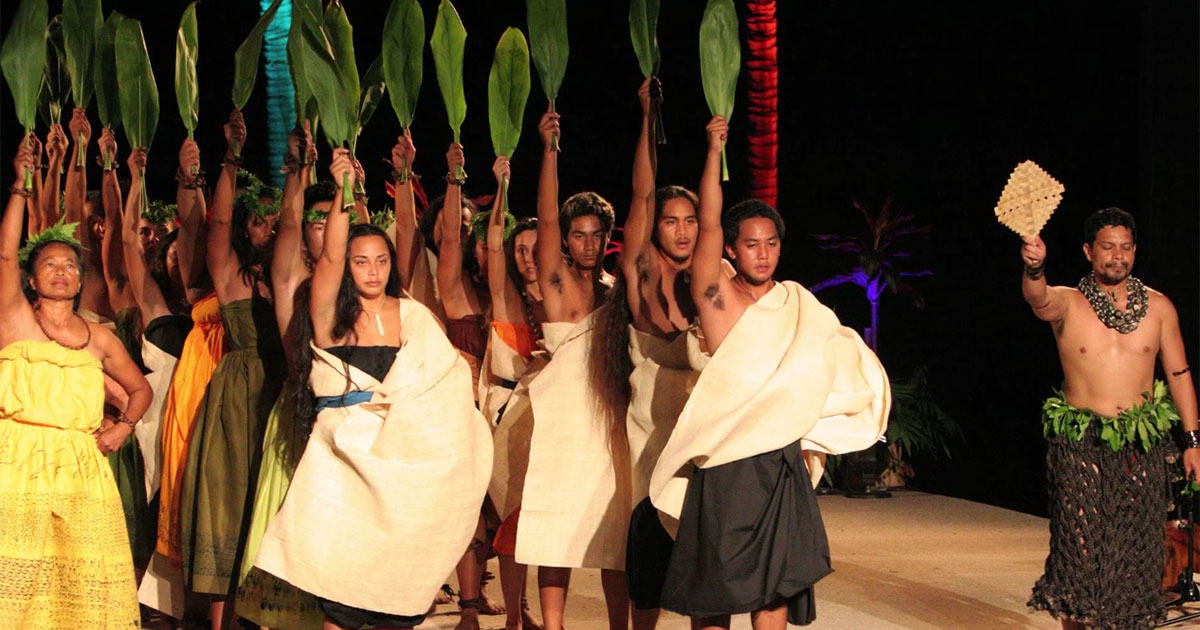