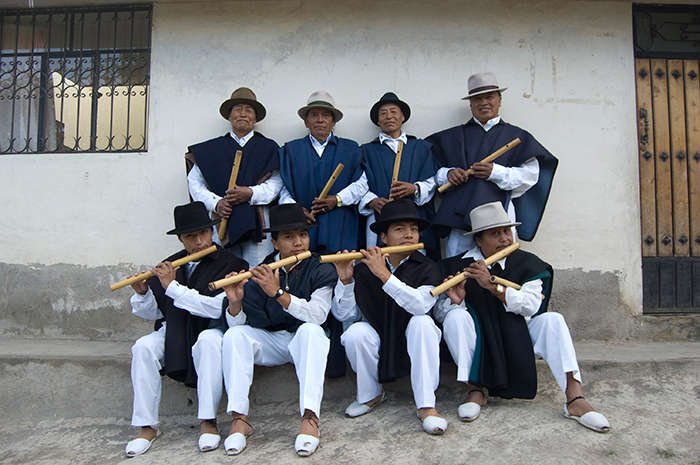 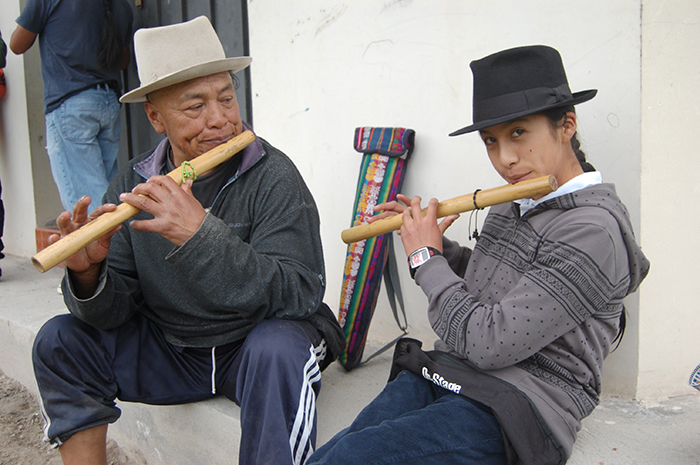 Members of the Hatun Kotama Flute School from the Otavalo region of Ecuador are striving to preserve the Kichwa language and traditional music.
Photo by Jessie M. Vallejo
Flute master Mariano Maldonado (left) practices a song with one of his students, Michael Chiza, after a Sunday class at the Hatun Kotama Flute School in Kotama, Ecuador.
Photo by Jessie M. Vallejo
Our teaching respects traditional forms of reciprocity and we teach with much care and affection.
— Luis Alfonso Cabascango Zambrano, Flute Master, Kotama, Ecuador

The Kichwa language and music from the Otavalo region of Ecuador have suffered significant decline due to centuries of oppression, religious conversion, epidemics, and adoption of other languages and styles of music. The flute masters from Hatun Kotama Flute School embody the Runakuna, a term that means to be a fully human being in the Andes. They are leaders in the cultural revival of the transverse flute tradition that has vanished in most communities. Much of Hatun Kotama’s success has been due to an emphasis on transmitting their knowledge and the Kichwa language to community youth. Kichwa language activist and music teacher Patricio Maldonado describes the school as a “tremendous endeavor that revalues the wisdom of our ancestors.”

This presentation was made possible by the Latino Initiatives Pool, administered by the Smithsonian Latino Center. 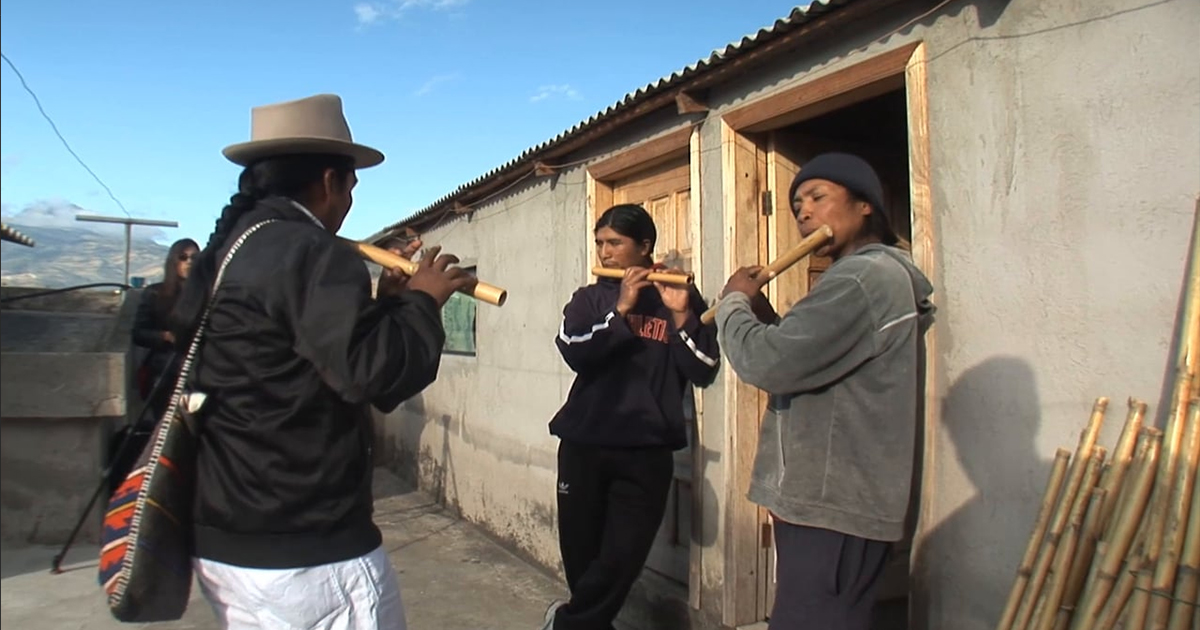