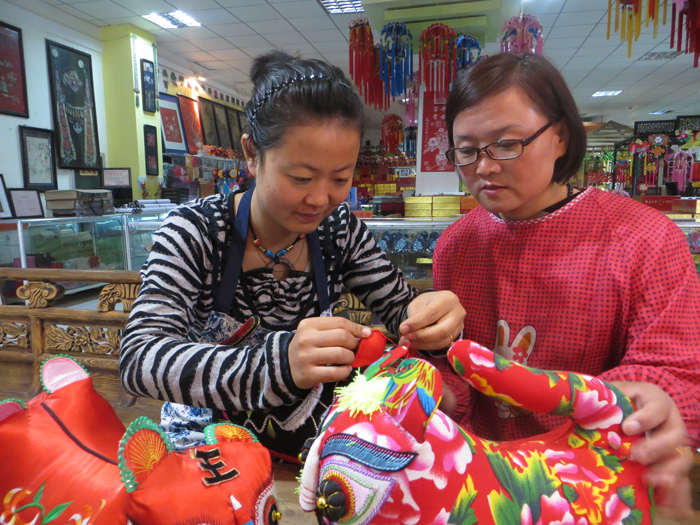 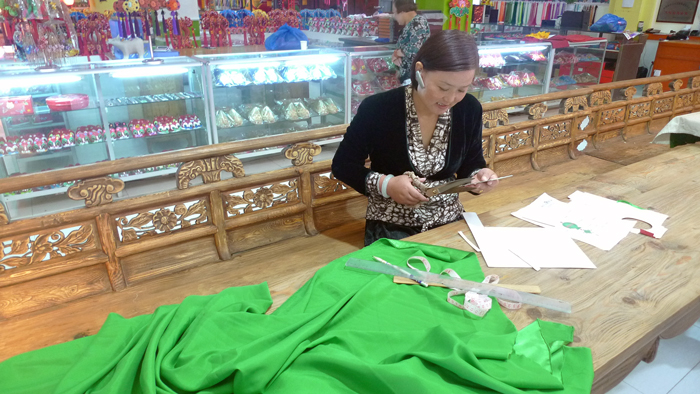 In Qingyang at the eastern edge of Gansu Province, these fragrant pouches are known as chu chu (hidden stitch) in reference to a sewing technique that conceals stitches on the surface of the sachet. They are made from silk and embroidered with colorful patterns, then stuffed with cinnabar, calamus, wormwood, and chrysanthemum. Sachets are used as air fresheners, insect repellent, and protection against evil spirits. Throughout China, many people display and wear sachets during Dragon Boat Festival, and couples may exchange them as tokens of affection.

Liu Lanfang 刘兰芳 is a sachet maker and embroiderer from Qingyang, Gansu Province. She has been interested in these crafts since childhood and formally studied with two well-known folk artists, Wang Guanqing from Gansu and Wang Guangpu from Beijing. She is the manager and designer of Qingyang Qihuang Culture and Communications Ltd., where she has focused on designing, researching, and teaching folk culture products. In 2013, Liu was designated as a Qingyang municipal-level representative bearer of intangible cultural heritage. She has won many national prizes and in 2013 was recognized as “Female Entrepreneur” by the Gansu Provincial People’s Government. 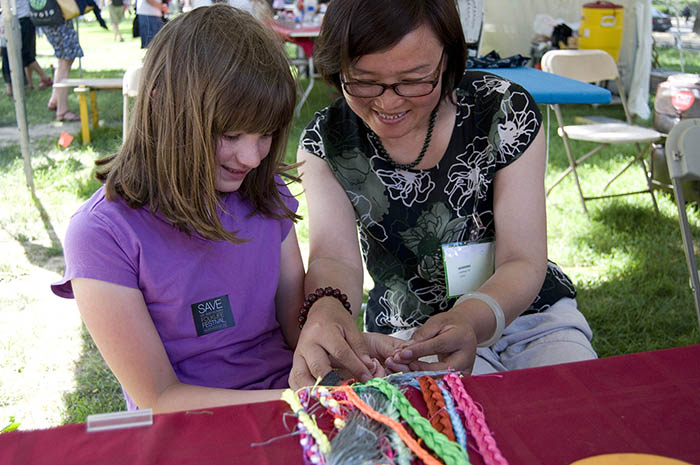 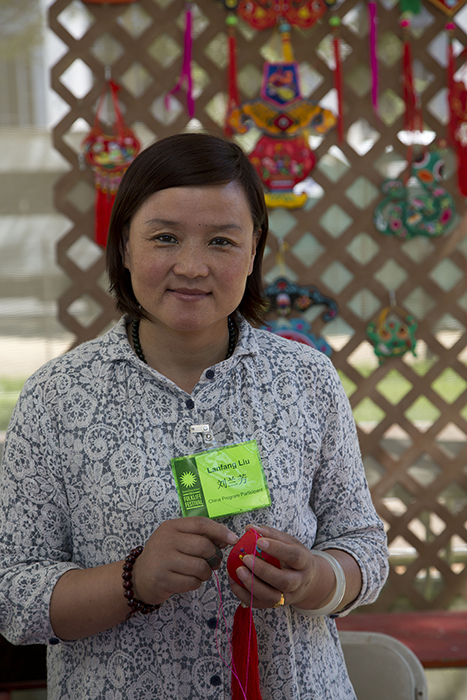 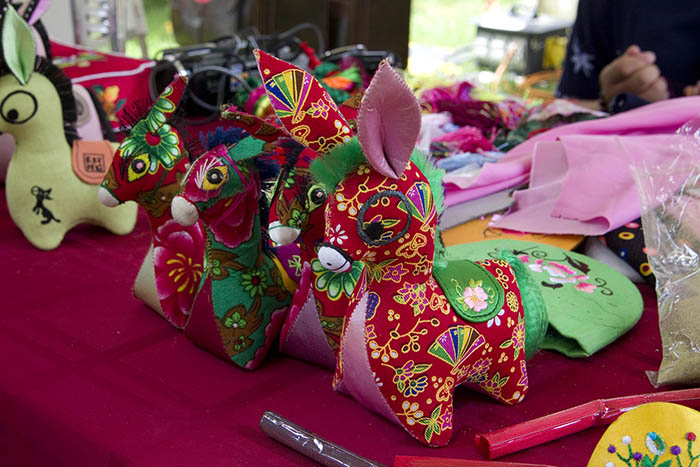 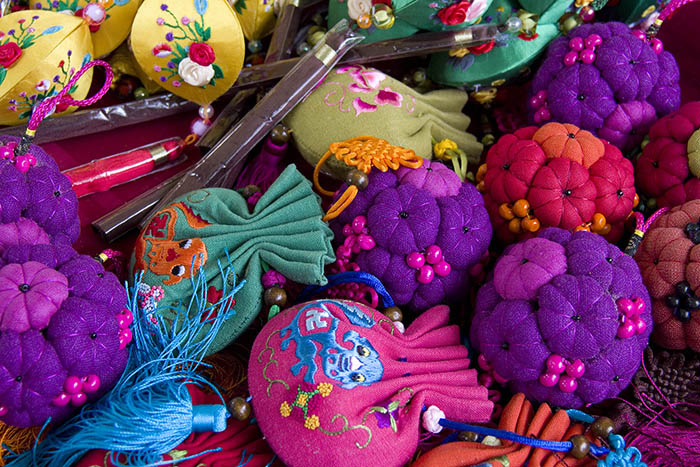