Tradition and the Art of Living
To the Sky
Musical Instruments
Lusheng, Guizhou Province
“There are more than 40 procedures involved in making a lusheng, from harvesting the bamboo from the forest, to making the instrument sound.” —Mo Yanxue, master lusheng builder/father of Mo Ming, Festival participant

The polyphonic strains of the lusheng are common accompaniments to rituals, festivals, and dances of several ethnic communities in southwest China. The lusheng is a mouth organ made of bamboo pipes—each fitted with a metal reed—that are connected to a blowing tube made of hardwood. The instrument can be as short as four inches or as long as 20 feet. A professional model can have more than twenty pipes. In Miao communities, the lusheng (called qeeg in their language) is a “talking instrument” whose musical tones mimic the tones of speech. It is also considered an important means for communicating with the divine and deceased.

Mo Ming莫铭 is a musician and fifth-generation lusheng mouth organ maker from Paika, a village in Guizhou Province that is famous for lusheng making. He majored in lusheng performance at Guizhou University and has helped innovate on the traditional design of the instrument by combining stainless steel and bamboo. His uncle, Mo Yanxue, is a recognized master instrument maker who can make lushengs of more than twenty pipes. 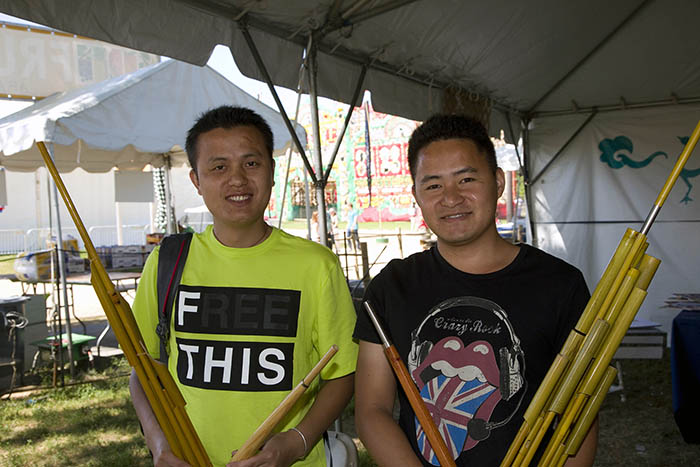 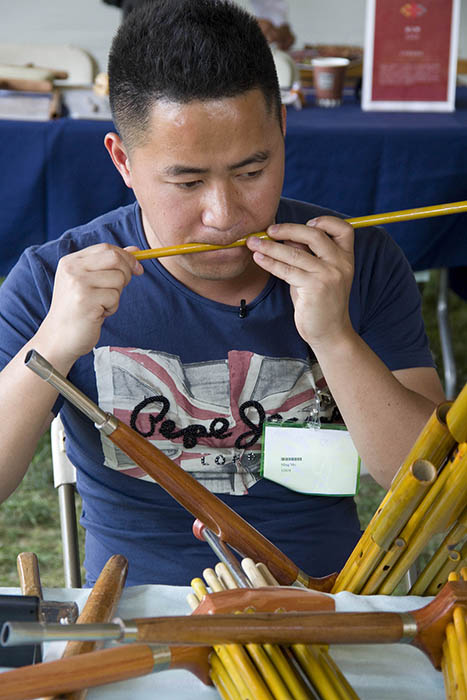 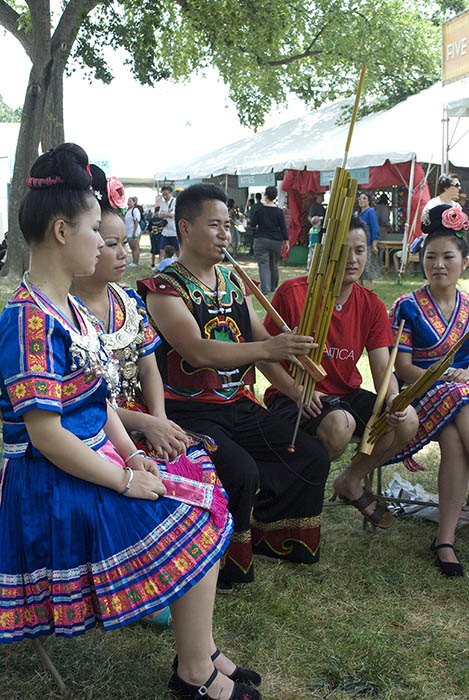 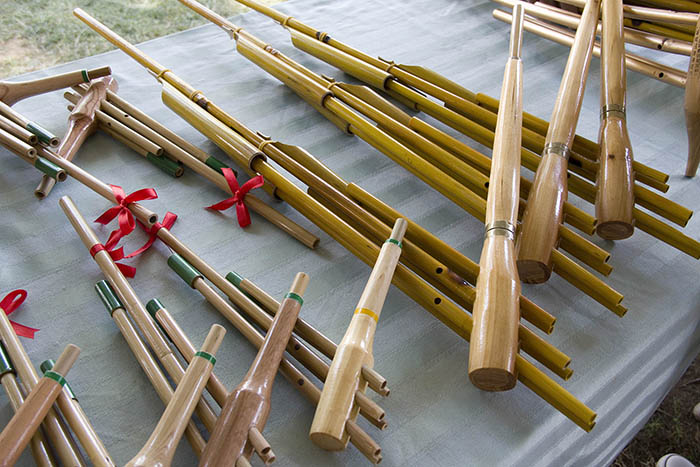 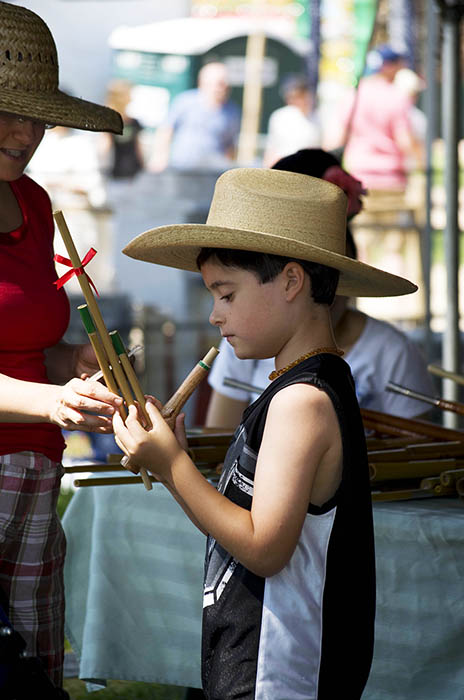