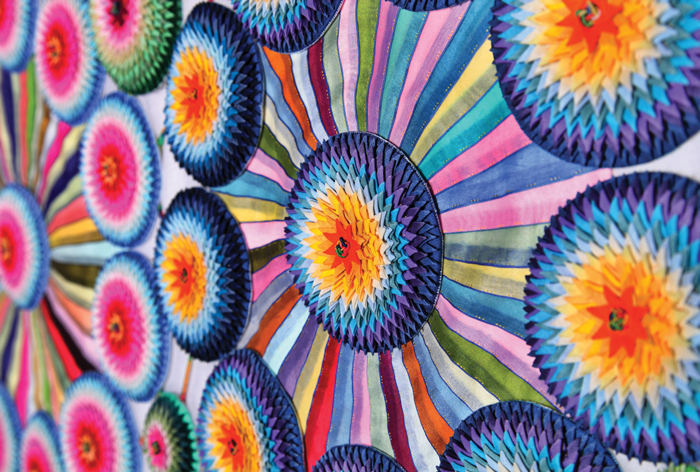 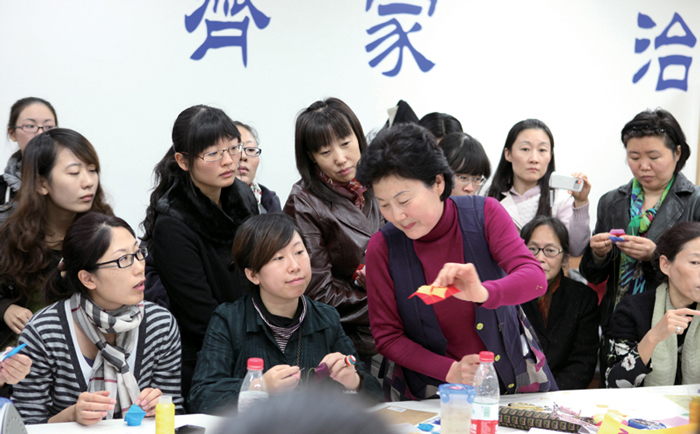 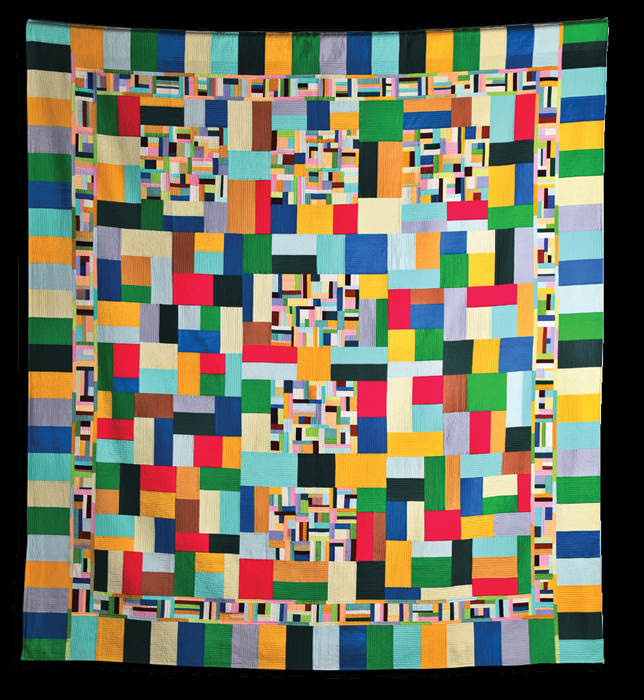 Patchwork combines functional and aesthetic dimensions. It is used to cover holes in cloth that has worn thin or to add more layers for warmth. It is also used to create beautiful patterns by sewing patches of either regular or irregular shape. According to legend, patches sewn on the clothing of children bestows happiness and health. A wide variety of items in China—including bags, bedding, cushions, and ornamental items—feature patchwork. More than half of China’s ethnic groups practice some form of patchwork.

Originally from Harbin in Heilongjiang Province and ethnic Korean, Jin Yuanshan 金媛善 first learned patchwork/quilting from her mother and grandmother. Her patchwork designs are influenced not only by her Korean heritage but also by the traditional needlework of other ethnic groups she has researched. Her designs have been featured in patchwork exhibitions in Japan, South Korea, and the United States. She has lectured at Tsinghua University’s Academy of Art and Design in Beijing. 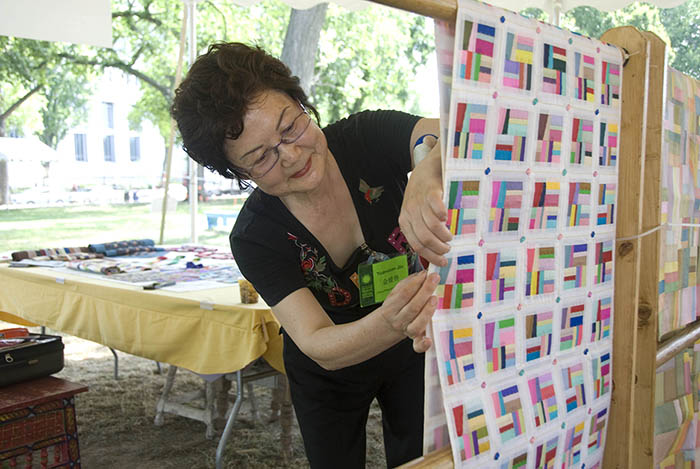 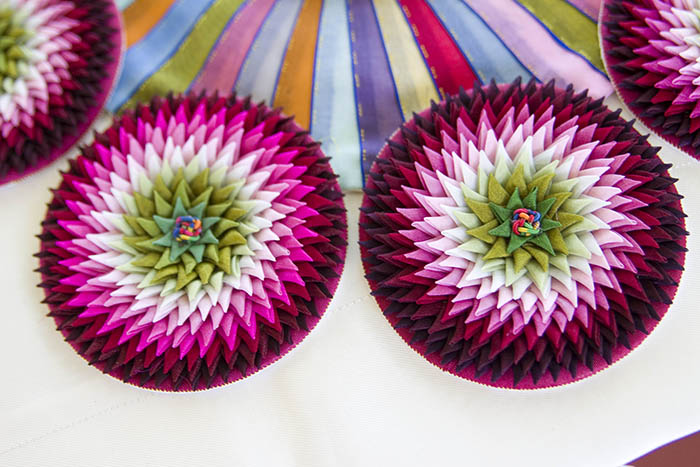 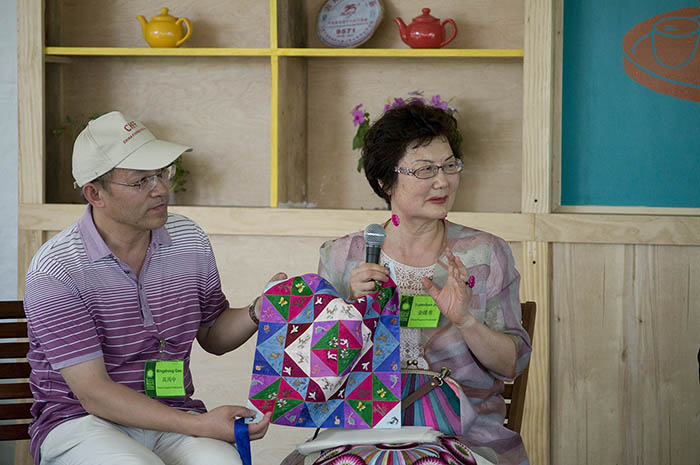 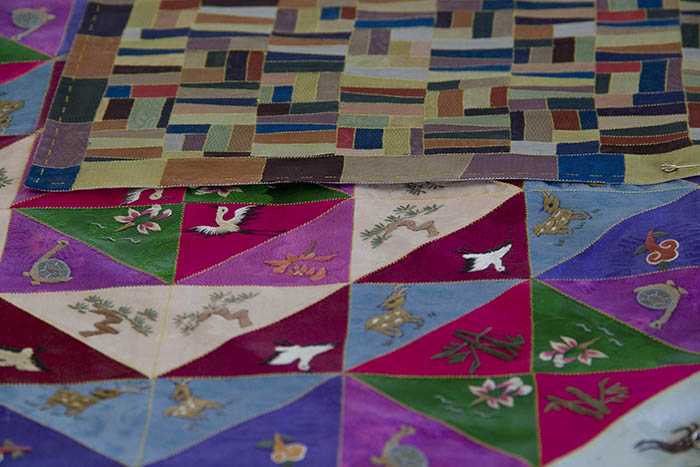 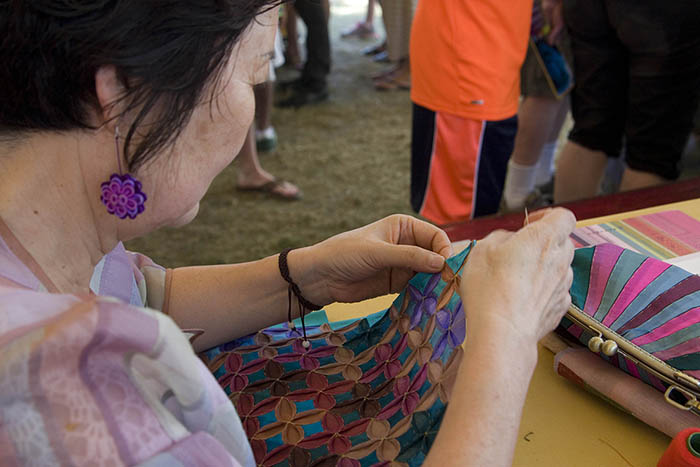 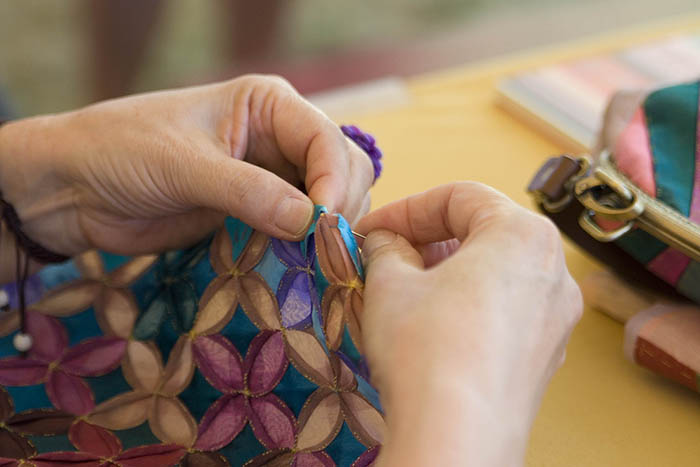 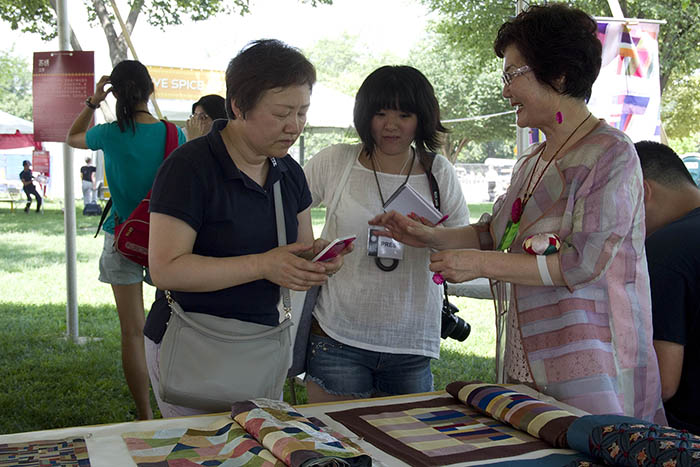