Tradition and the Art of Living
From the Land
Porcelain
Jiangxi Province
“Porcelain making is not seen as an important or glorious job. It is a way to make a living. I hope to bring my family tradition to a new level.” —Sun Lixin, pottery painter

Porcelain is distinctive for its whiteness—derived from kaolin, a soft, white clay—and for its translucence, a result of firing at extremely high temperatures. Jingdezhen in Jiangxi Province has been a famous center of porcelain production since at least the eleventh century. Located in a region with good supplies of kaolin and ringed by forests supplying fuel for firing, Jingde was home to the historical kilns used by the Imperial Court. Today the city’s ceramic industry features electronic and industrial ceramic factories alongside old family kilns.

A specialist in porcelain painting, Sun Lixin 孙立新 is the fourth generation of his family to work at the Sungong Kiln in Jingdezhen, Jiangxi Province. His great-grandfather, Sun Hongyuan, developed techniques for high-temperature porcelain firing and under-glaze coloring. His grandfather, Sun Zhendong, specialized in pottery-throwing as well as making blue-and-white porcelain with red color. His father, Sun Tongxin, is formally designated as a Jiangxi Provincial Master of Folk Art, who excels in making porcelain with under-glaze color.

Cheng Yu 程昱 promotes pottery culture and events in Jiangxi Province, primarily with graduates from the Jingdezhen Pottery and Porcelain Academy. In 2002, he established the Cheng Li Pottery Promotion Center, which facilitates pottery education and organizes events in kindergartens, elementary schools, high schools, and other venues in Shanghai, Guangzhou, Wuhan, and Beijing. He graduated from Jiangxi Normal University and received second prize for his porcelain in the Guangdong Craft Exhibition. 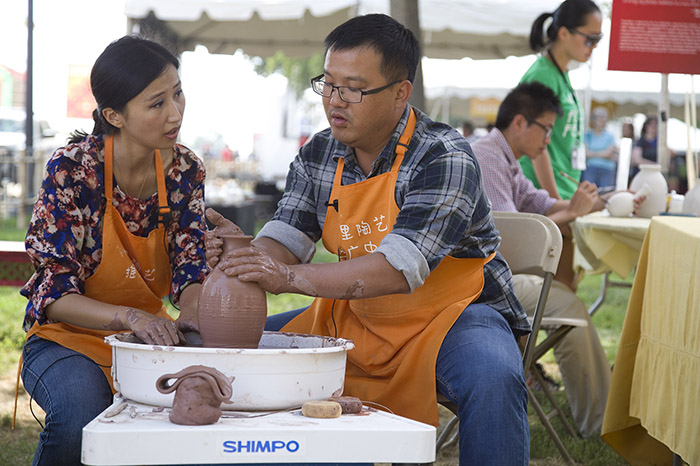 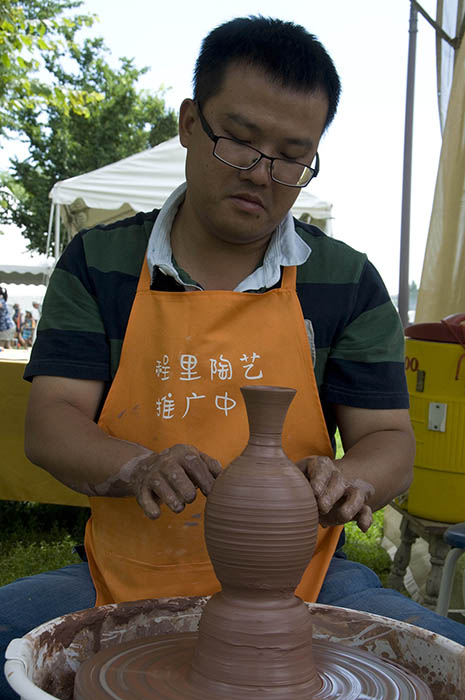 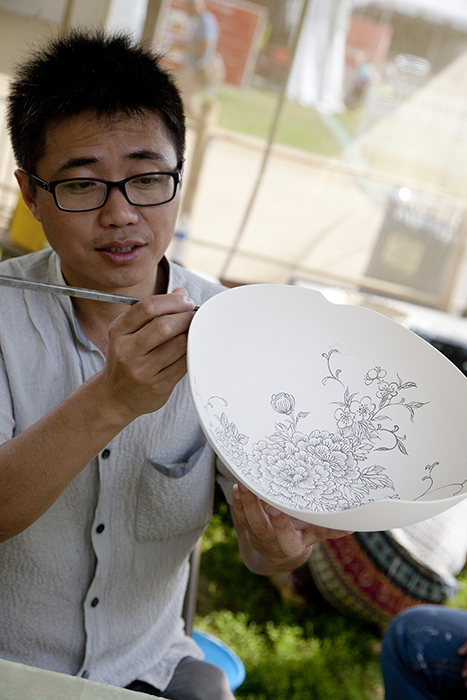 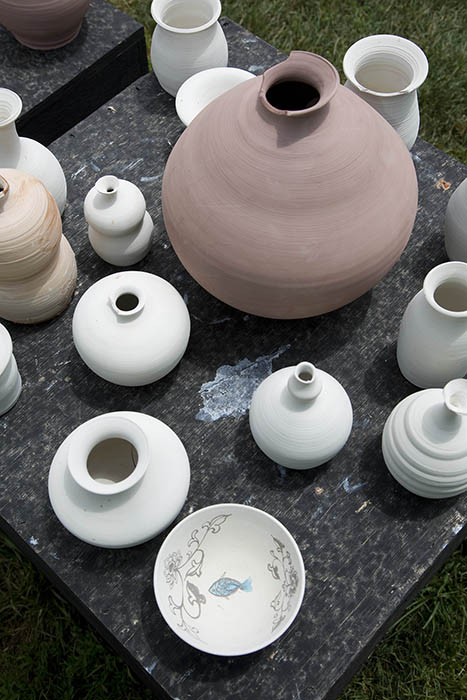 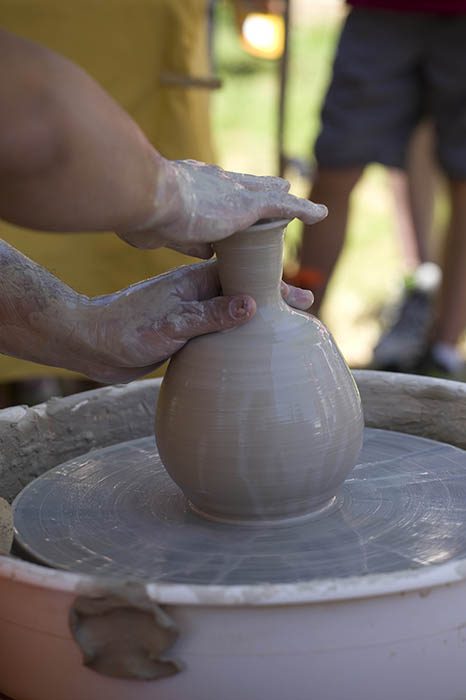 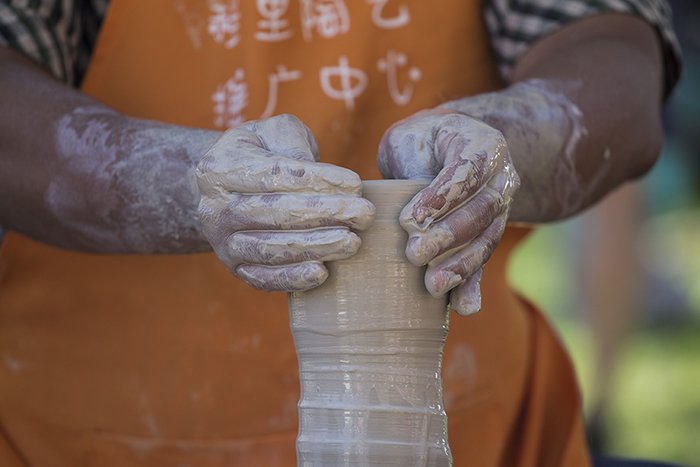 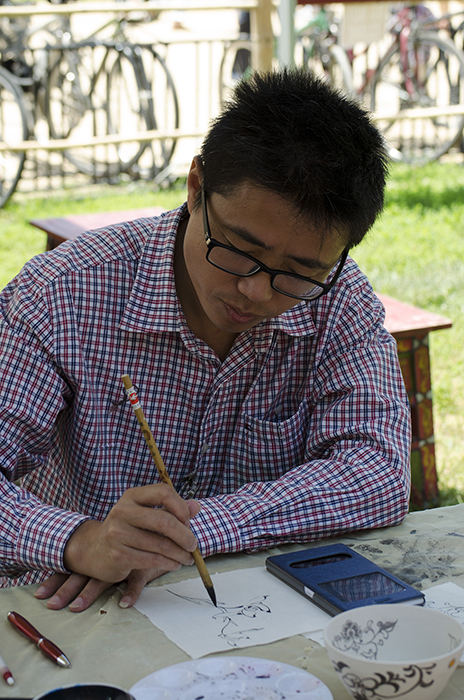 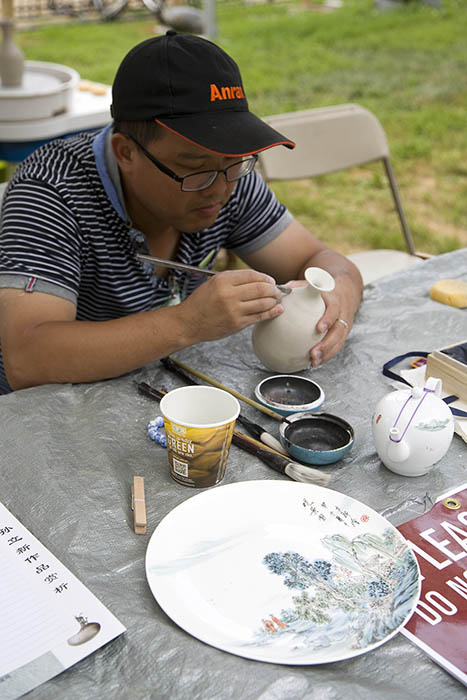