Tradition and the Art of Living
Through the Seasons
Paper Cuttings
Shaanxi Province
“Paper cutting brings people joy. It’s a way to return to the original simplicity of life, and it always makes me happy whenever I see it.”—Tian Yali, paper cutter

Artists in communities throughout China make paper cuttings as household decorations and for display during celebrations. Cut paper is hung on doors and windows and used as patterns for textile embroidery. The designs and styles of cutting, which may be done with scissors or a knife, reflect regional and cultural diversity. The artists participating in this program represent the northern style, which is characterized by bold designs that contrast with the delicate lines of southern styles.

Tian Yali 田亚莉 is a paper cutter from Yijun County, Tongchuan City, Shaanxi Province. A versatile artist, she is proficient in many traditional crafts—including embroidery, painting, and making sachets and edible dough figurines for festivals. Raised in a farming family, her skills as a paper cutter were established locally by the age of twenty when she provided all the decorations for her brother’s wedding. When a 1980s government census of folk artists recognized her, she received training from the local culture bureau. Her work is considered representative of the rural culture of the Yellow River region, but she has also created innovative new styles and designs. 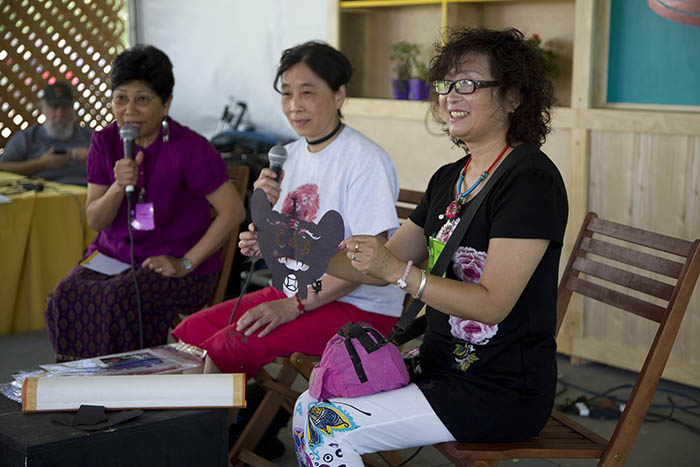 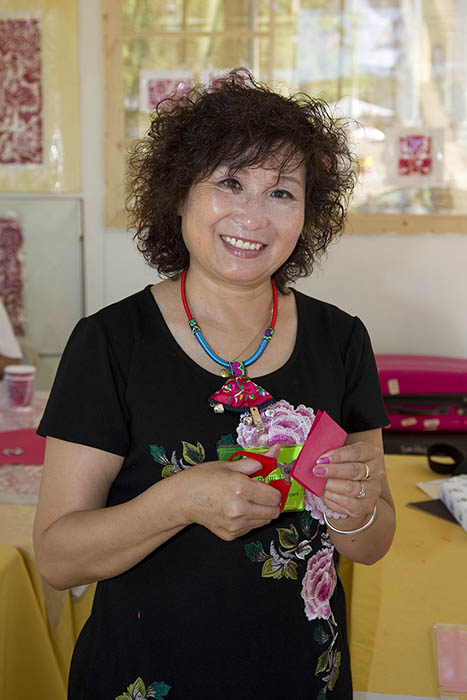 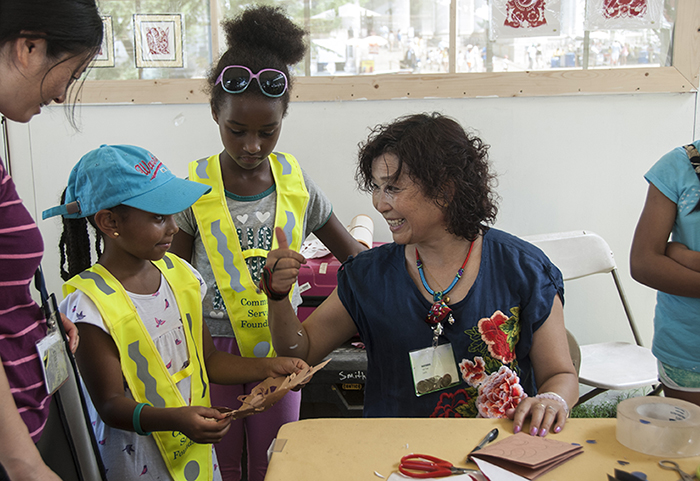 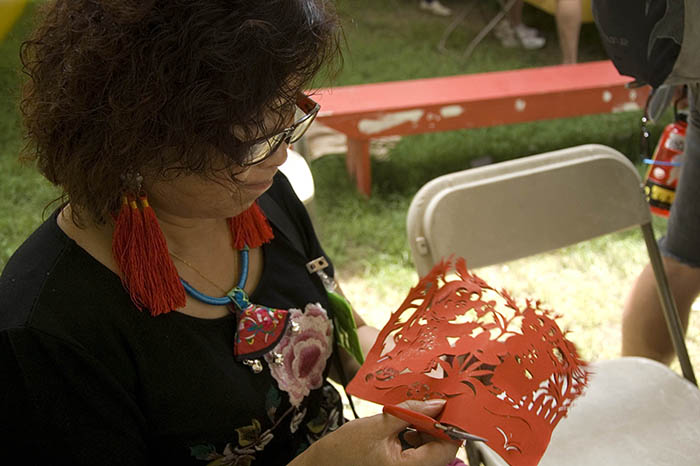 Gao Fenglian 高凤莲, Liu Jieqiong 刘洁琼, and Fan Rongrong 樊蓉蓉 represent three generations of a family’s long involvement in the paper cutting and embroidered patchwork traditions in Yanchuan county, Shaanxi Province. Gao learned these crafts from her mother and grandmother, and in the mid-1930s, when the family could barely afford scraps of paper, the young Gao honed her craft by cutting leaves. Gao joined the Communist Party at age fourteen and married two years later in 1951. Without a formal education and discouraged by her in-laws from working at the nearby embroidery factory, she nonetheless continued her craft in her village commune, where she later became Party Secretary. Even in the early days of China’s reform in the 1980s, when she had more time at her disposal, Gao balanced her artwork with her other duties tilling the land.

Today she is formally recognized as a national-level “representative bearer” of intangible cultural heritage, and her intricate paper cutting patterns are created with no prior sketching. At the Festival, she was joined by her youngest daughter, Liu Jieqiong, and granddaughter Fan Rongrong. All three have led public demonstrations in universities and cultural centers in China, New Zealand, Germany, Israel, and Switzerland. 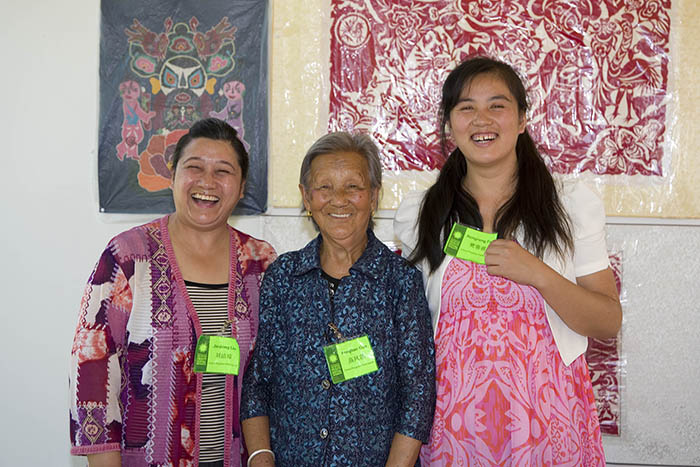 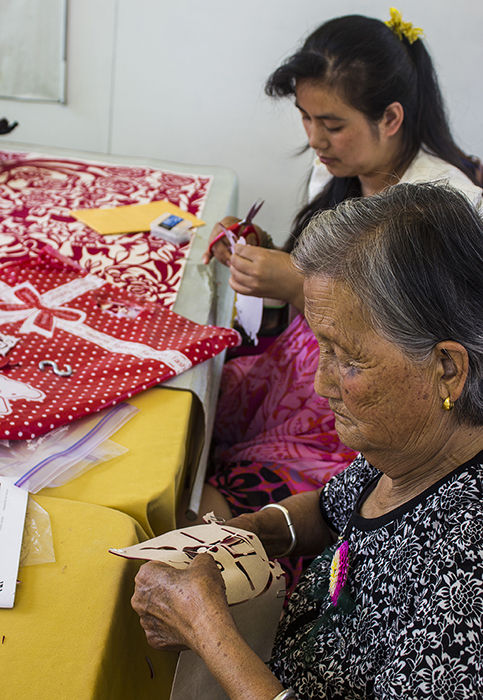 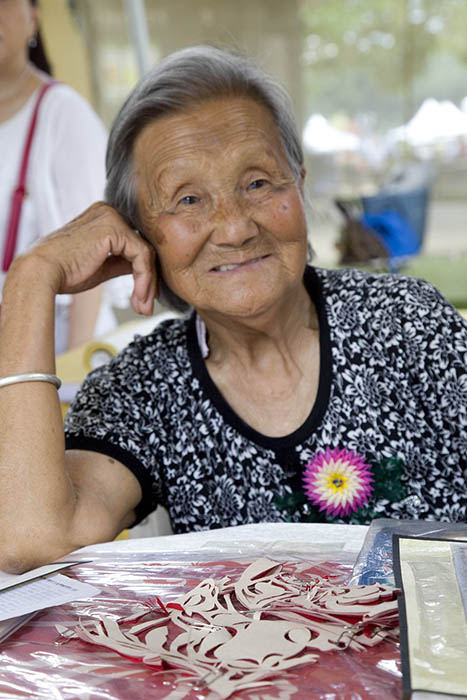 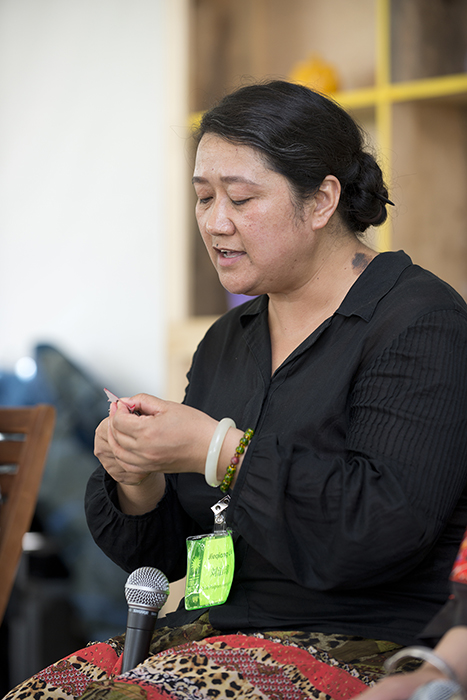