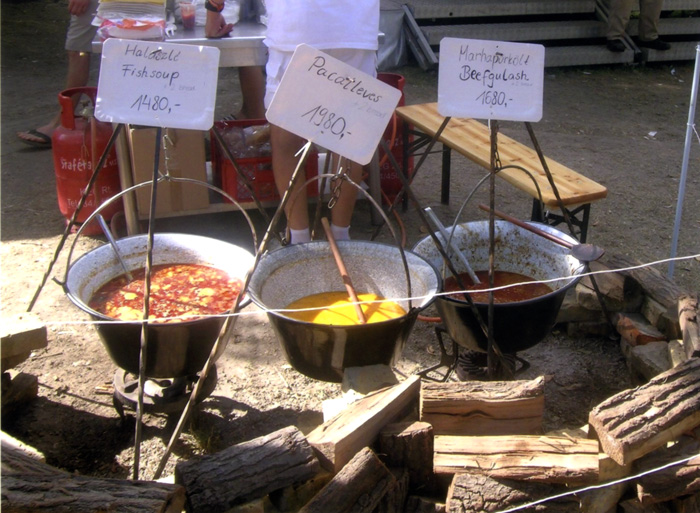 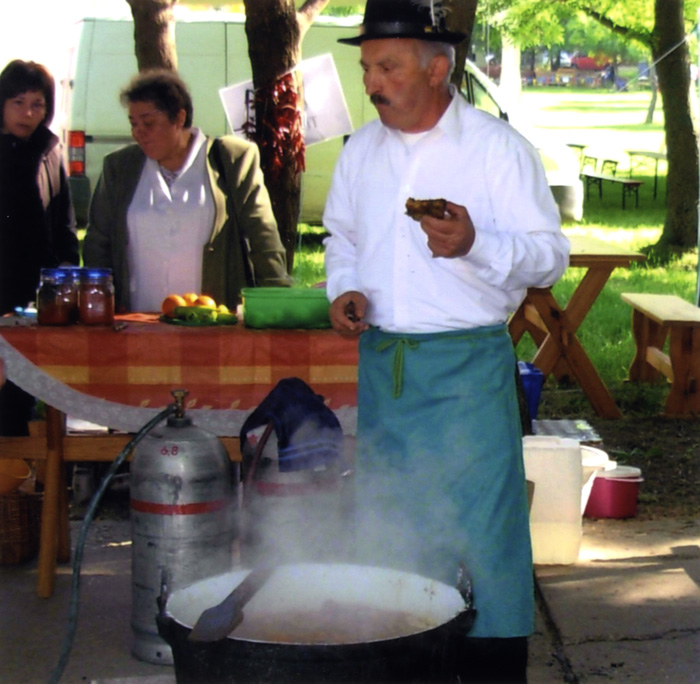 Cauldrons of fish soup, tripe soup, and beef goulash provide nourishment for visitors to the Sziget Festival in Budapest in 2011.
Photo by James Deutsch, Smithsonian Institution
György Sándor Csontos from Karcag in eastern Hungary is one of the masters of outdoor cauldron cooking.
Photo by James Deutsch, Smithsonian Institution

Outdoor cauldron cooking is popular in Hungary, comparable to family barbecues in the United States. One of the best examples of cauldron fare is gulyásleves (known in English as goulash), a beef stew dating to the Middle Ages, when Great Plains herdsmen drove cattle to market. The dish has undergone numerous alterations, mirroring its adaptation among social classes and its role in preserving Hungarian national identity. Common folk added paprika to make pörkölt (stew), while upper classes softened the dish with sour cream and side dishes, such as galuska/nokedli (egg noodles), to make paprikás. To this day, Hungarians everywhere prepare versions of gulyásleves; indeed, there are as many recipes as there are Hungarian grandmothers.