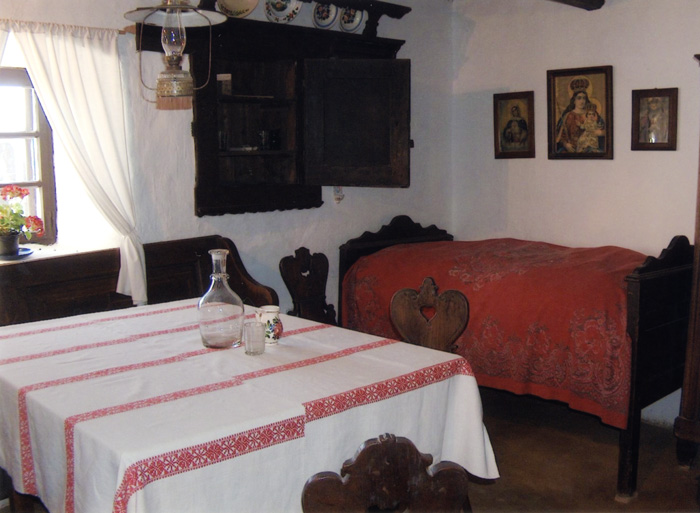 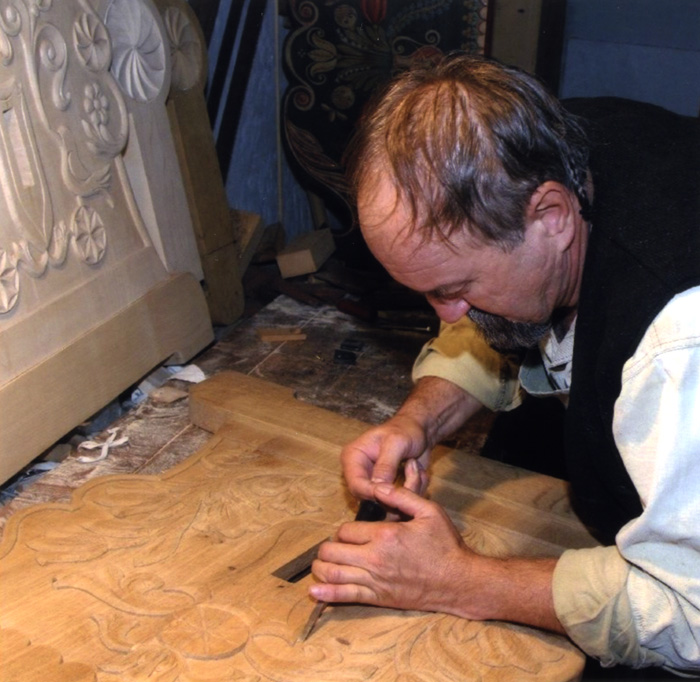 Folk furniture is on display at the Open Air Museum in the village of Tihany in western Hungary.
Photo by Ágnes Fülemile, Balassi Institute/Hungarian Cultural Center
Levente Süt? crafts traditional furniture by carving and painting with traditional methods.
Photo courtesy of Levente Süt?

When joinery (or woodworking without nails) became the primary mode of furniture making in the eighteenth century, the elaborate bridal chest became the most representative fixture in rural households. Painted floral motifs also replaced carved geometric forms as decoration, but ornamentation and technique varied greatly by regions. In a Hungarian home, one might find a sideboard (tálas) for kitchen dishes; a flat cupboard (falitéka) for books or medicine; and a chest of drawers (komót for three drawers; sublót for four drawers) for clothing.