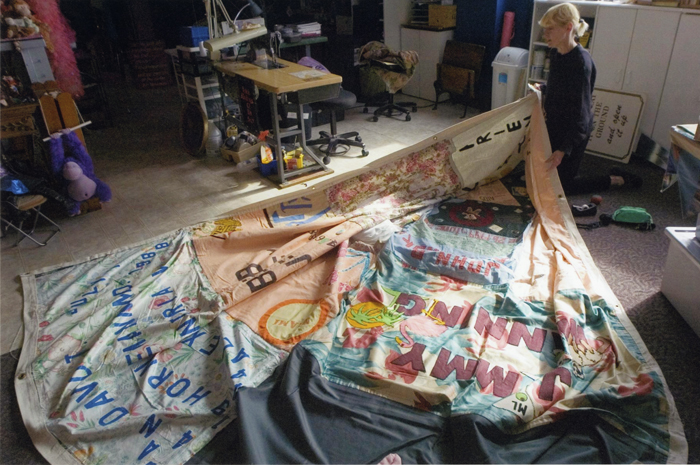 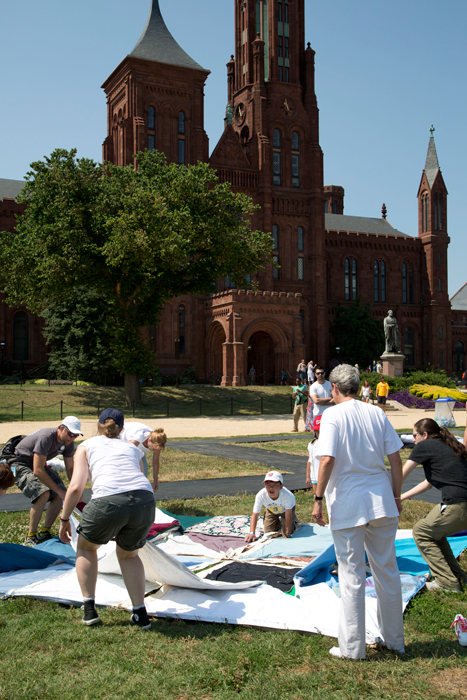 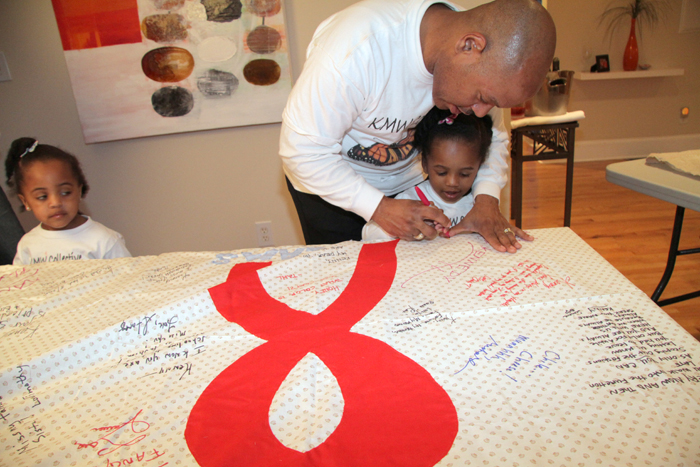 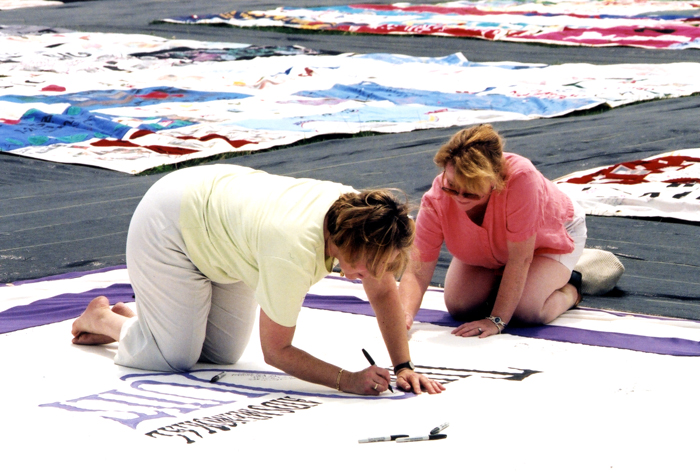 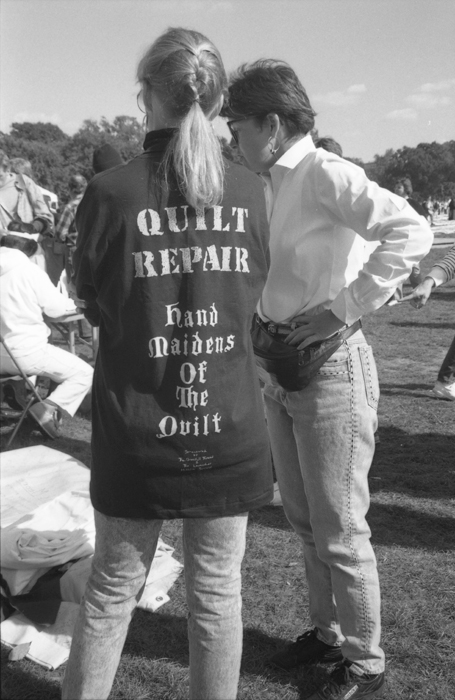 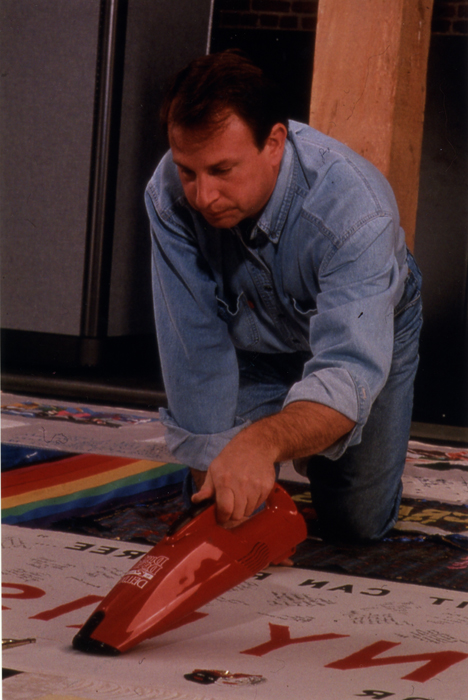 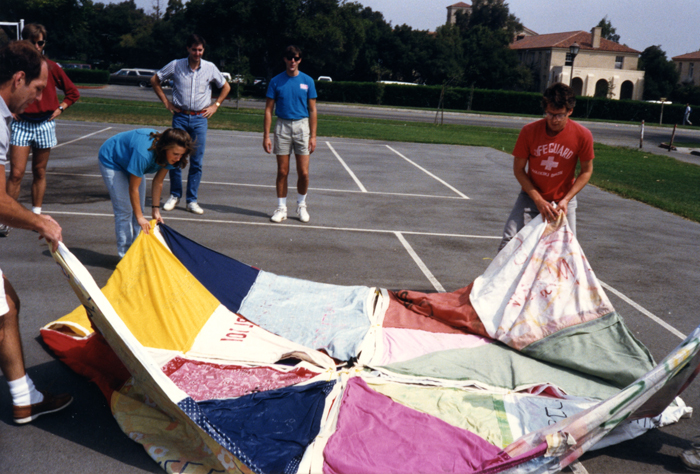 PANEL—The most basic unit of The Quilt, measuring three feet by six feet.

BUNDLING—The process of selecting and sewing together eight panels to form a block. Panels can be bundled based on similar colors, patterns, images, or subjects.

BLOCK—Eight panels sewn together into a twelve-foot by twelve-foot square. These are attached to a canvas backing that is punched with grommets used for hanging or tying blocks together.

SIGNATURE SQUARES—Typically twelve-foot by twelve-foot squares included in a Quilt display as a place for visitors to write a message in memory of someone or to add someone’s name. These squares often become the emotional center of a display.

PATCH—Four blocks connected by cable ties for a display.

People and The Quilt

HAND MAIDENS OF THE QUILT—The people who maintain The Quilt, constantly sewing repairs even when it is on display. When in service during displays, they typically are identified by an article of clothing with the words “Hand Maidens of The Quilt.”

QUILT ZOMBIES—The people who do “graveyard shift,” or late-night sewing and shelving of The Quilt while it is not on display.

THREAD HEADS—The people who follow The Quilt around as it travels.

LOTUS FOLD—Inspired by the way the lotus flower opens when it blooms, this technique of folding The Quilt involves drawing all four corners of a patch of Quilt to meet in the center. This fold prepares a patch for unfolding ceremonies at large displays.

QUILT MAGIC—The happy coincidences that occur around The Quilt, such as when two separate panels memorializing individuals who were friends get bundled together unintentionally.

SHAKE AND BAKE—The process of shaking the grass and dirt off each Quilt block after it has been on display. This is done by holding the block over another cloth in order to catch buttons and other small objects that have come loose. These are then carefully recorded and reattached during Quilt repairs.